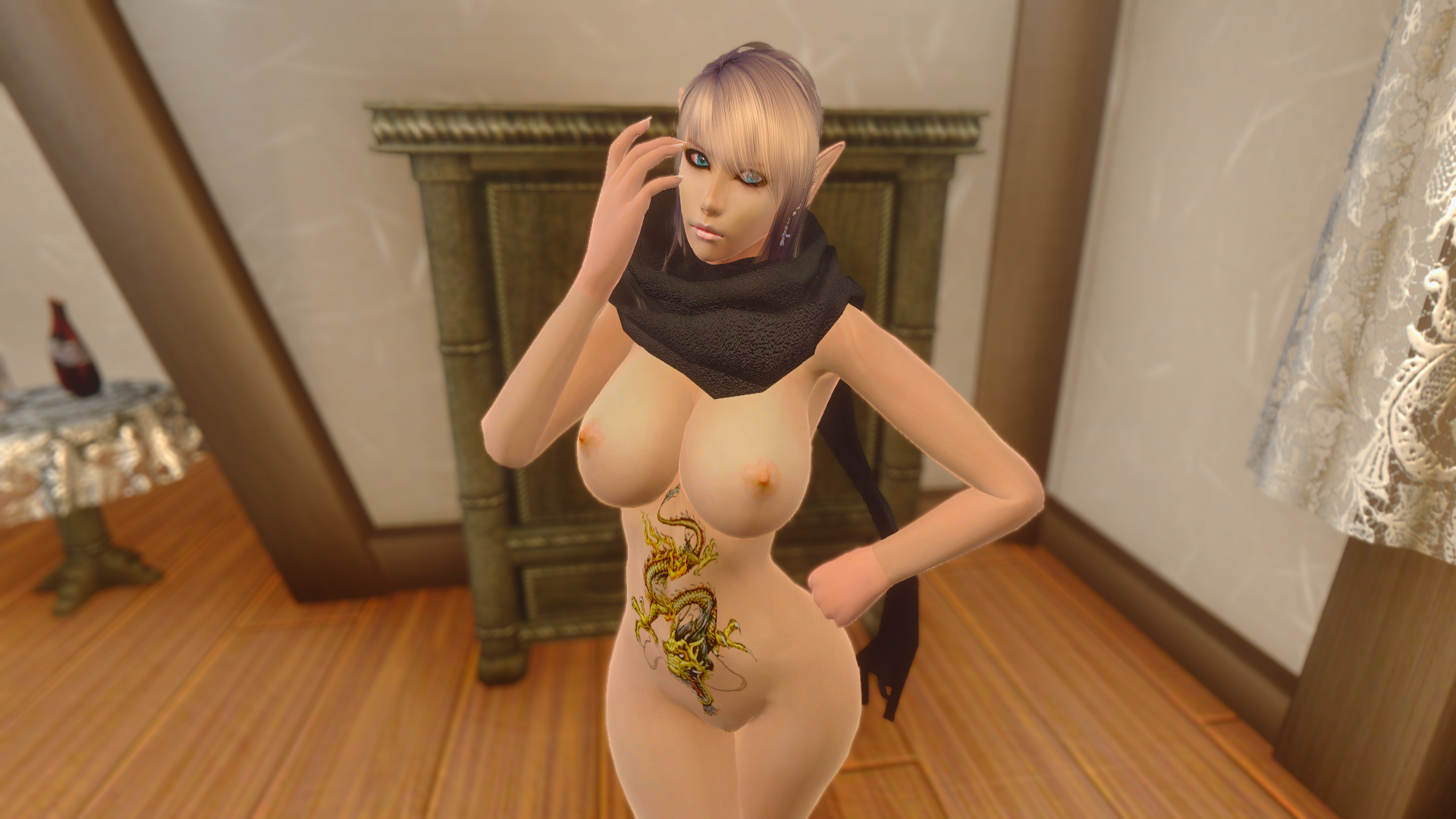 Just a basic nudey shot of Cris to go with this "review" of the Xenoblade 2 DLC.

So I've compelted Xenoblade 2's DLC, Torna the Golden Country. And feel I can give my thoughts on it and honestly it's just as good as the main game even if it does do things differently, first off you can control the actual Blades you have in your party which actually makes sense as you have less Drivers (3 as opposed to 5) and less blades you obtain (6 as opposed to 8, going by blades you only obtain in the base game's story, the actual number is a lot higher) and they do away with the merc group in favour of the community . I'll go through these one by one but first things first the main reason I wanted to play this DLC: Lora coming off as a mary sue and as TL:DR version, she's still a mary sue. Now I don't mind video game protagonists coming off as a bit perfect as it would be pretty crap if your character ended up having their arses handed to them for 75% of the game. I'll be comparing Lora to Rex (the protagonist of the main game) for this section

There's more but I forgot some of the points I wanted to make, Rex does pick up something he gets shown by Vandham after seeing it once but it involves a piece of kit that he was already very familiar with as it was something he needed to use for his work, I generally find that characters who are relatively green at the beggining of the game to far more engaging than characters who are perfect or at lesat very good at what they do. Overall Lora is a mary sue in my eyes and the annoying thing is I actually like her as a character, she's effectively a female Ike (and we like Ike) but everything comes off as being too easy for her and everyone loves her the minute they meet her she's presented as having no flaws. The other annoying thing is the DLC focuses more on her than Addam or Hugo both of whom are far more interesting than her. Additionally a note on one other character, I thought it was great that Aegeaon gets more development in this DLC and I was hoping I'd see more rare blades that crop up in the main game appear but alas they didn't.

But enough about Lora and onto the party formation, I mentioned that you have less Drivers and Blades which has both its pros and cons in comparison to the 5 drivers and fuckload of blades in the main game the pros are that you aren't forced to sideline any of the drivers or blades, however there's less flexibility with the party setup your drivers and blades are stuck in their roles. However the blade combos can be pulled off with any combination of elements (although I object to the combos being referred to as Blade/Driver combos since they can be performed by both the Drivers and the Blades) with the specific combos (for example fire-fire-light) dealing more damage, the driver combos are finicky though as they require you to switch between the vanguard and the rear guard (which is actually a lot more flexible than the combat system in the main game as you can switch between three characters at the drop of a hat and each time they switch they get healed) as well as using your arts (skills in Xenoblade 2) to perform the Driver combo. Additionally your arts get recharged on a vanguard switch and given that one of the sections of Jin's affinity chart boosts your damage on every switch you'r very much encouraged to do these switches. finally due to the smaller nature of your party and the fact that you can fit all 8 elements into your party with only one case of overlap.

As for the merc group vs the community, they're both as useful as each other given the games they're in. The community actually encourages you to talk to NPCs and do side quests and has more of an impact on the main story as you need to hit community level 4 to progress to the last part of it, additionally both Jin and Mythra have a node on their affinity charts that require you to max it out, the merc group wouldn't really be useful in the DLC as you only have 6 blades to choose from and only 2 areas even if the merc company would allow you to fill out the nodes on your blades' affinity charts faster rather than having to run around killing shit, using specials and other tasks. Additionally there's crafting in the game, since the only merchants sell accessories or core chips you need some way of obtaining pouch items and without the development levels some way of obtaining the items that give you various buffs, it's also quite cool to see what each character is good at for example Jin, Aegeaon and Mythra are all cooks, Minoth writes plays (which ties into his appearance as the head of a theatre troup and playwright in the main game,) Brighid creates perfumes and Addam and Hugo create the buff items. As an aside Mythra's cooking ability is actually played for laughs as she's a terrible cook and you need to use her skill 5 times to unlock the second node of Jin's fortitude skill.

Finally the story, I fealt it did a good job of tieing in most of the flashbacks from the base game together and giving you the order they occured in as well as fleshing out Addam (and Lora to an extent) a bit more, it's also funny to see Brighid and Mythra at eachothers throats as opposed to in the main game where they're friendly with each other. Overall the DLC is a nice story and does its job admirably. However starting from square one again reminded me of how much I hated the birds in Xenoblade 2 as the fuckers would attack you out of nowhere.

Also in the above shot Cris is still wearing Shadow's scarf because I was planning on doing something with her and Shadow's outfit swaps.