The bulk of the morning goes by with various errands. Making a new pair of sandals. Stealing anything that isn't nailed down (including a sword and a shield). Making potions. That kind of thing. A while back, Ephedrina undertook to murder someone in Riften. She's not always a woman of her word, but in this case she is. It will be a nice change to have a sword in her hands again.

She goes to the location and changes into her armour out of sight of the guards and any enforcers. The killing is trivial, but it feels good to be doing something combat related again... even if her armour is designed to be degrading and all the gear is crude and inefficiect compared to what she had. 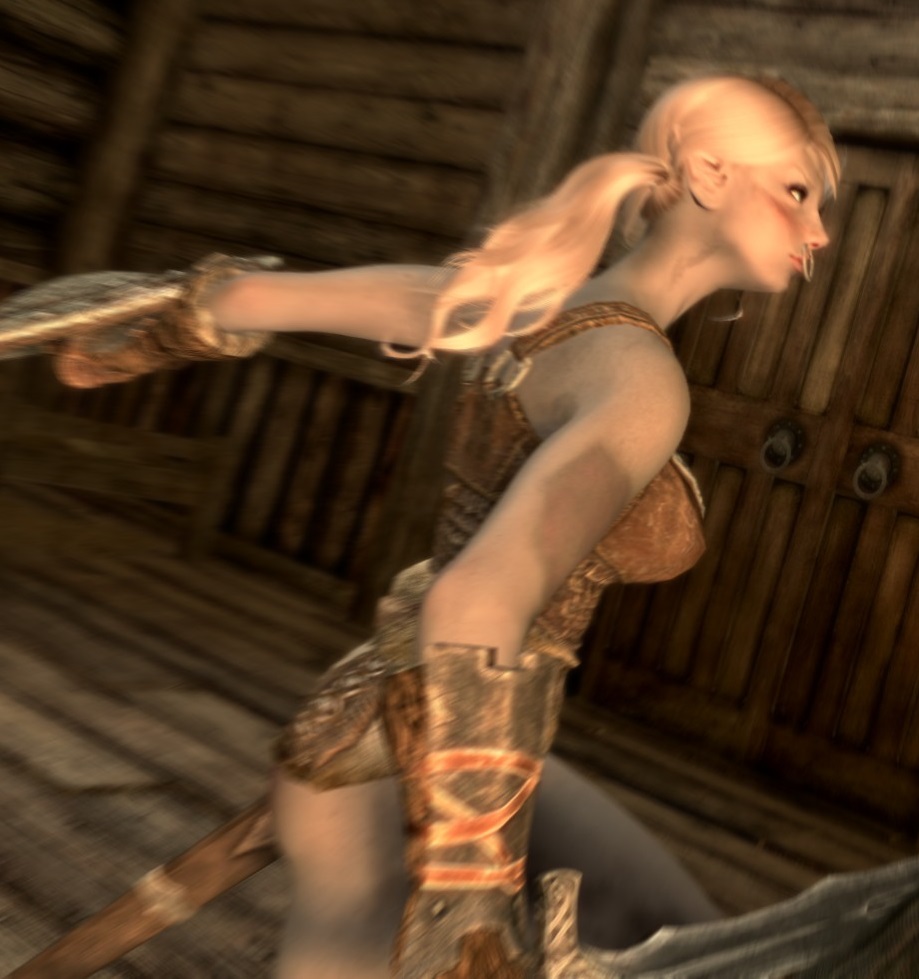 Ephedrina decides it's better to get it out of the way early in the day, just so she doesn't forget.

It's a bit funny, but Ephedrina can kind of fool herself into thinking it's a real thing - that they're lovers - when they fuck. It feels nice.

It doesn't last though. When they're done it feels gross. Still, a few minutes of fleeting happiness is better than none. That involves travelling through abandoned sewers and cisterns beneath Riften, and disposing of various vermin (human and animal). It's a bit like their first foray underground. Still, there's no forgetting that it's not the same, what with the jewel dangling from her exposed crotch. Only in the middle of the adrenalin rush of combat does she momentarily forget it's there. In the end they find the headquarters. It wasn't too difficult, all told. The two of them make a pretty good tunnel clearing team. "You must the be the fuck-moll Brynjolf was talking about."

"I like your nose ring. It's a really unique look."

"I guess that's one way to describe it."

"Has anyone ever attached a leash to it?"

"Sorry, didn't mean to be too forward. I guess you're still new to this thing... it's so brave of you. I could never do it, haha."

"I don't know... maybe I'm too much of a romantic to use my body like that. Anyways, you should chat to Vex if you want more details. " "Looks like it. I don't know what it is though."

"Hah! I guess the other Dunmer's got something on you then, to volunteer you like that."

"It's simple enough. Some work requires a floozy to spread her legs or suck some cock as part of the execution. If

the floozy has other skills that's great, but the main thing is that she fucks and sucks with a smile."

Vex looks her in the eye "is that you?"