"Shit, you're one persistent little minx aren't you?"

Ephedrina's back first thing in the morning to get her licenses.

"Fine fine, just get the fuck out of my face." Ephedrina stops by the court wizard's quarters and purchases a few spell tomes. Nothing super fancy - she's not as rich as she'd like to be (yet), and you have to account for study time too - but she's looking forward to expanding her horizons and growing intellectually.

A fundamental principle of leadership - as it was taught to Ephedrina - is to have disposable pawns. The good thing about familiars and spirits is that you don't have to feel bad if they're slain.

Ephedrina doesn't have a hunting knife. This should help.

"Gascayn, I have decided to extend your engagement." She considers adding something like '... you've done well,' but decides against. It's best to stay a bit aloof, for a number of reasons.

"Milday, I am moved by your kindness. I will do my utmost to serve you well." "It looks quite pretty from here, in the bright sunlight," says Ephedrina.

"It looks nothing like how it feels when you're trapped behind those walls. I'm glad to be out of that city." 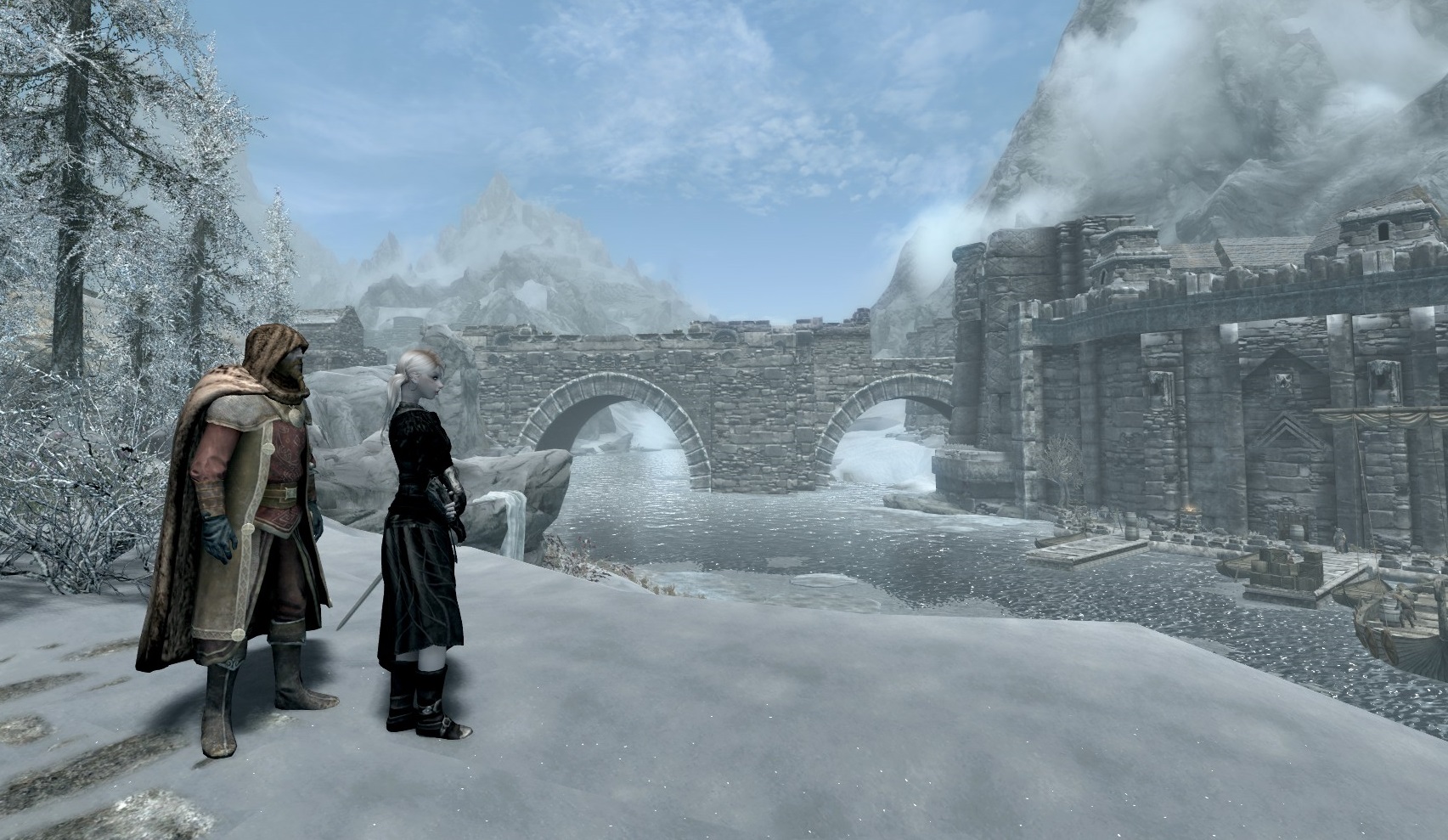 They're hunting bandits. It's a slaughter. Compared to the tunnel-dwellers, killing these bandits is child's play. 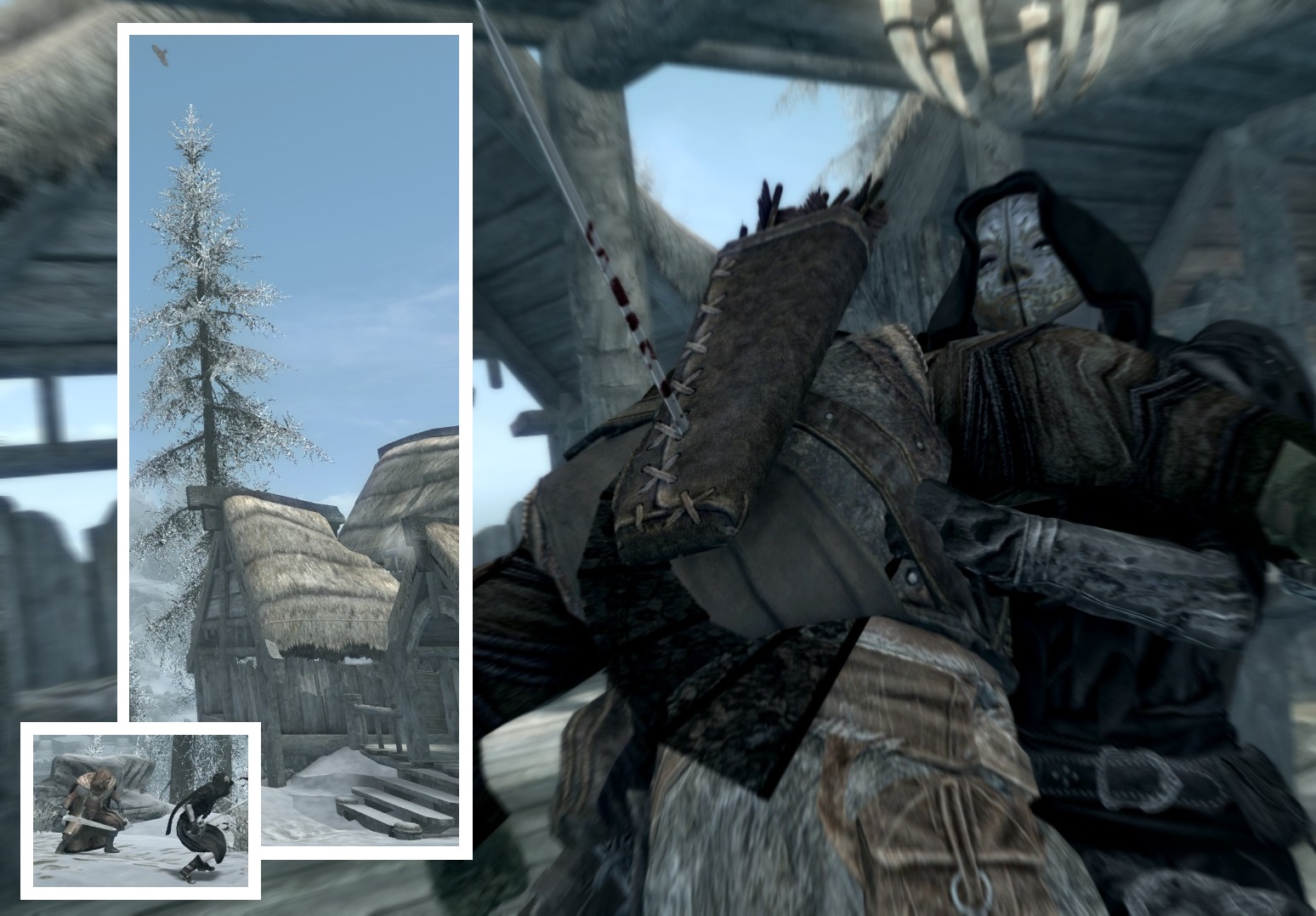 Ephedrina drinks in the fresh cold air and the bright sunlight. The rush of battle - and of victory - makes it all the sweeter. It's a good day. Profitable too, counting the bounties (though it'll require a return to Windhelm to collect). None of their enemies stand a chance.

"Gascayn... forgive me if I'm too forward, but did you leave a family behind?"

"I see. Your own man. You left no lovers or sweethearts behind when you came to Skyrim?"

He shrugs. "I'm... somewhat particular. Some might say demanding. I'd rather go without if I can't have what I truly desire."

"A most laudable commitment to quality, I'm sure" she smiles.

"Indeed. And you, milady, do you have a betrothed back at home? If I understand the affairs of the high nobles... an eligible young woman like you? You'd be expected to secure important alliances, wouldn't you?"

Ephedrina blushes a bit, then says "not much choice there" and leaves it at that. She hopes he takes her evasive answer to mean something other than that she's lying about who she is.

Still, it's pleasant conversing as they continue their journey through the landscape. They arrive at a place called Kynesgrove in the late afternoon. There's enough money for square meals and a nice room.

"Let's take it easy tonight," says Ephedrina with a smile.

Previously, she didn't think about sex much. Sure, of course, she'd size up men (and women) and judge their physical and mental attractiveness, their suitability as a potential mate. And she'd have romantic fantasies of course. Who doesn't. But now... in the last day or so, she constantly has images of sex in the back of her mind even as she is doing something else. She's wet between her legs. And the dull ache in her rectum feels... it feels satisfying somehow.

It's kind of nice, actually. She's free to do what she wants. Ephedrina isn't necessarily going to rush into anything. Mind over body. Self-control. She's always lived a life constrained by conventions and expectations. Ephedrina has always been good at managing her feelings - and her body - according to expectations. In the meantime, she enjoys the sensation of being turned on. It's a feeling of potential. It's not necessary to act on it... necessarily.

"Oh it's like that I see," says the wench with a smile. "He's not a bad looking fellow, that's for sure."

On one of her breaks, Ephedrina decided to purchase some contraceptives from one of the local women. Just in case. She really should learn to make them herself.

She laughs, "it's not like that. But who knows what might happen. Best to be prepared, right?" Ephedrina enjoys the thought of the women thinking she's liberated like that, using her retainer for her own needs. It's an empowering thought.

But really, it's probably best if she keeps those two strands of her life separate sex (and love?) is one strand and her retainers are another. She wouldn't want Gascayne to get the wrong idea and grow presumptuous. That wouldn't do at all. 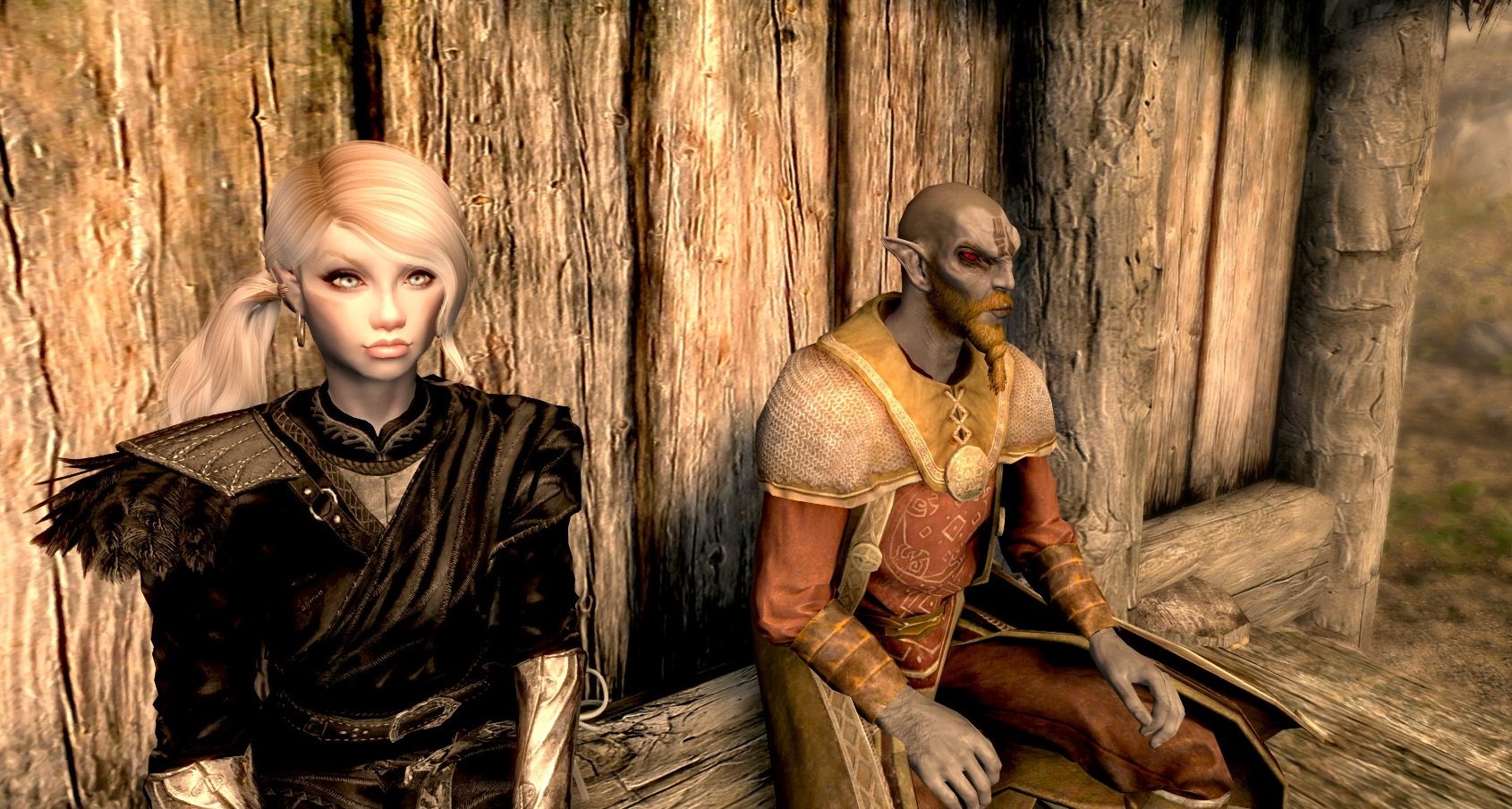 "MIlady, it's getting cold. Let's go inside and sit by the fire."

Is there a tone in his voice? Is there a glint in his eye? Is she imagining it?

It doesn't matter. While it's fun to think about, Ephedrina is no fool. She's disciplined.

She acquired new spell tomes, she should apply herself. At least three hours of studying a day, is her rule. Pleasant fantasies aside, that is the real reason she stopped early. Ephedrina is a good student. She had to be, to reach the position of trusted servant to the high nobility as she did.

She leaves him sitting by the fire himself as she retires to study. Maybe he'll think about her when he goes to sleep tonight. That's a nice thought. She pictures him lying in bed, cock in hand. Then, deliberately, she pushes the image out of her mind and focuses on the principles of Conjure Familiar. 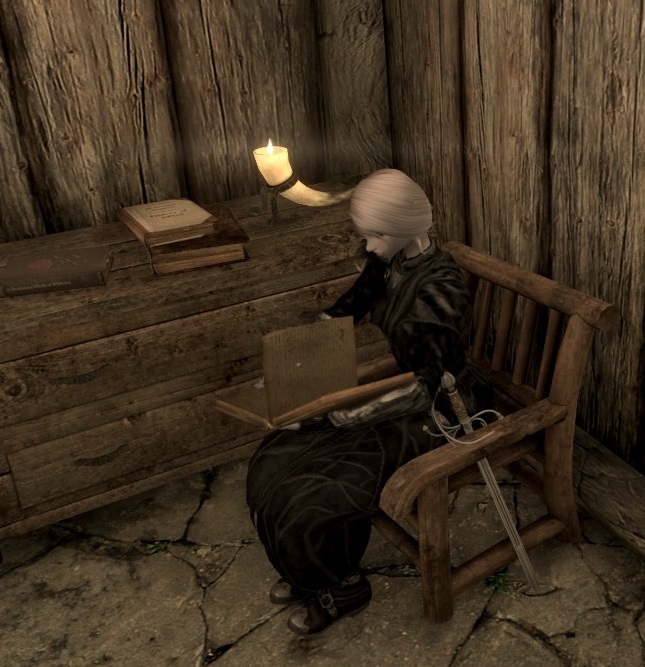 Late at night, when she's done her studying, Ephedrina grabs a drink. It is surprisingly strong, and she's immediately drunk.

What about Gascayne? Nah, that's still a bad idea. She's not drunk enough.