Hello people! I am working on a mod that's going to be all about corruption and degeneracy, which will include custom religions, events, buildings, etc. And eventually magic and other mechanics to corrupt the world to your desire.

Since the game has just been released, and I have other projects in my hands, there isn't much yet (I'm using my free time to work on this), but there should be monthly updates, especially after learning more about modding CK3.

The first release focuses on a female-oriented religion, intending to transform you into a succubus in the future.  Feedback would be really appreciated!

Right now, there is:

Things to be added:

A few warnings: You can trigger the event early, since it gives you a trait which you can use later on to transform in any of the three faiths whenever you want, but Lilithianism is considered evil pretty much by everyone else, so expect to either fight a holy war or your liege to be asking for your titles when you do this.

I'll work on this in the future to make the base game less punishing (or find a way to have a secret religion),  but for now, the special trait you earn at the end of the chain event would be used to unlock religion-exclusive events too.

Here a more in detail things about what you can find in the mod:

In search of the truth: An event that triggers when you are a woman with -100 faith. This is a chain event that allows you to pick one of the 3 Lilithianist faiths. If you say no you can't trigger it again so be careful.

Become Lilithianist: If you picked to keep your original faith, you can select here which one of the 3 faiths at any time.


Religion: Lilithianism
Lilithianism believes that God punished Lilith, an equal to Adam, for refusing to become his servant. After leaving Eden, she began her search for power to dethrone God himself one day. Lilithians believe in overthrowing what Christianity has built and transforming this earth into the long lost paradise.

Faith: Baahalism (Diplomats)
The Baahalist Church devote themselves to transforming this withering earth into the luscious place it once was before their fall from Eden. They worship their Goddess with unrelenting debauchery, fulfilling their spiritual needs with carnal pleasures.

Faith: Via Veritatis (Scholars)
The Church of Hecate, known as the Via Veritatis, indulges in gathering knowledge and applying it. While many of the Scholars dedicate their lives in understanding the fallen world to improve it, others are more interested in dealing with the supernal realm, trying to harness its power.


Faith: The order of Keres (The warriors)
The order of Keres believes that to restore Eden they need to conquer and destroy the enemies of their faith, using any tool at their disposal to do this. They are relentless in their pursuit, and worship their Goddess with lustful rituals and bloody offerings.


Special trait: Sisterhood (3 levels)
It increases your relationship with other characters with the same trait. These bonuses are +40, +60, and +100 (They are so high because you may not want to change faith from the beginning, so this helps to overcome the different faith hostility)

Allows you to make it legal

So this month I have kept working on the schemes to corrupt people, fixing many bugs related to it, but mostly decided to work on what will be the magic in this mod, which is in the form of decisions and interactions and using piety as mana.

As I stated time ago, the main goal of these updates is to learn more about the mechanics of CK3, at least the ones I think are relevant to the mod and future projects.

Since coding sometimes is easier than writing, many of the spells, for now, have placeholder texts, but the idea is to add texts and scenes over time, although my personal time is as limited as my budget (which is roughly only $100 a month to commission a few texts), overtime the content of the game will keep growing.

Next month I will probably give a look to combat and army, at least to add flavor to it (Like create names for the holy orders and special units), and if people request a few more specific spells, maybe add them too so long they fit the gameplay.

Also, I commissioned some art to have 2d portraits for a succubus, either to recruit them or to transform yourself into one. They will have a few variations, and I will make this optional since some people may not like the 2D art style mixed with CK3.

Without further ado, here is the changelog!


6 spells to transform others, they need to be part of your faith, and you need to have your corrupting trait at level 3:

3 decisions to become corrupted, which also is requisite for the spells above:

To transform others, you need to get to level 3 in your corruption trait, and you can only transform other followers of your faith. This is because with corruption level 3, you pretty much become a venerated figure in your religion too, and hence they will allow you to do your will upon them. This may be changed in the future, though.

This month I wanted to explore what could be done with schemes and secrets and integrate the game with Carnalitas.

After looking at the game and its mechanics, I think that how the witch trait works could be adapted to a corruption mechanic, and that's what I ended up doing.

The new corruption scheme, available if you have the right traits/religion/secret, is still a work in progress, and many of the texts are still from the "Convert to witchcraft" action, but this should be changed in the next update, since now what I think is more important is to see if it works properly and what impact it has. I will also be changing the scene's text that happens when you succeed in doing this, since the current one is a boring placeholder in my opinion.

I also added two buildings, but the Sinful Abbess may need to be reworked, and maybe just changed into a world wonder instead of a simple building (increasing its stats to reflect this too).

I am also thinking of maybe making a custom start, adding new kingdoms and races, using assets from my other projects. For now, I have the idea of a beastmen kingdom and a yokai kingdom,  I annex a few pictures of that at the bottom to give you an idea of what could be in it, but feedback would be greatly appreciated.


Changelog:
You now need Carnalitas to use this mod!
Added multiple vanilla sex scenes, which you can see when you trigger the interaction "Lay with lover". There are a few for heterosexual/gay/lesbian scenes.
Two new buildings for Lilithian religions, the Sinful Abbess (for churches) and Breeding Grounds (for cities and castles)
New trait: Corruption, which has 3 levels, although for now, you can only acquire the first one. It's very similar to the witch trait.
New secret: Secret corruption.
New scheme: Corrupt, which can be done if you have any corruption trait, secret corruption, or (for now, but it may be changed later) if you are part of any Lilithian religion, and mechanically works similarly to the scheme to convert others into witches, and some texts are still unchanged from that scheme. 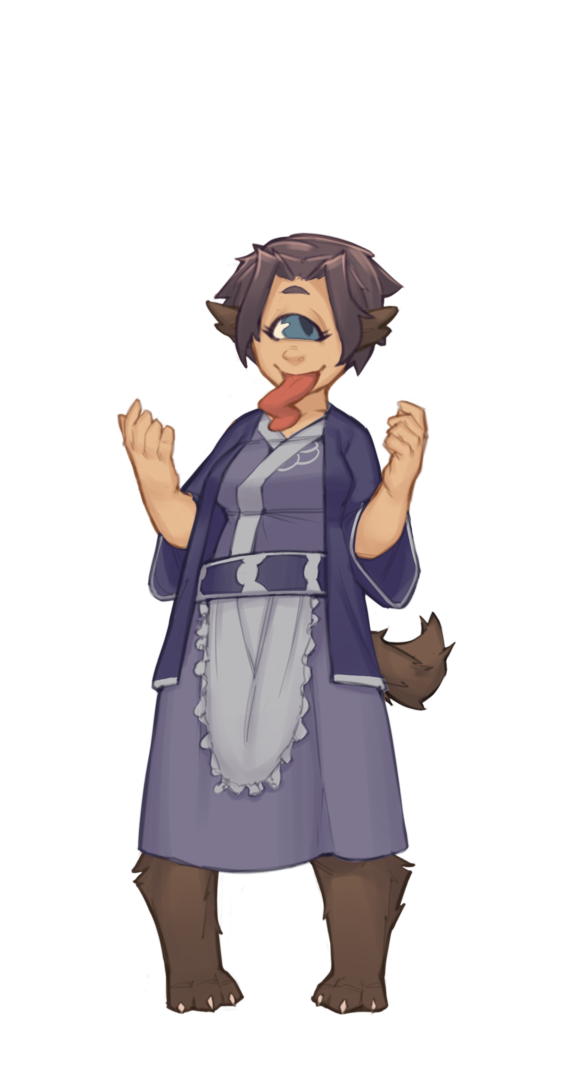 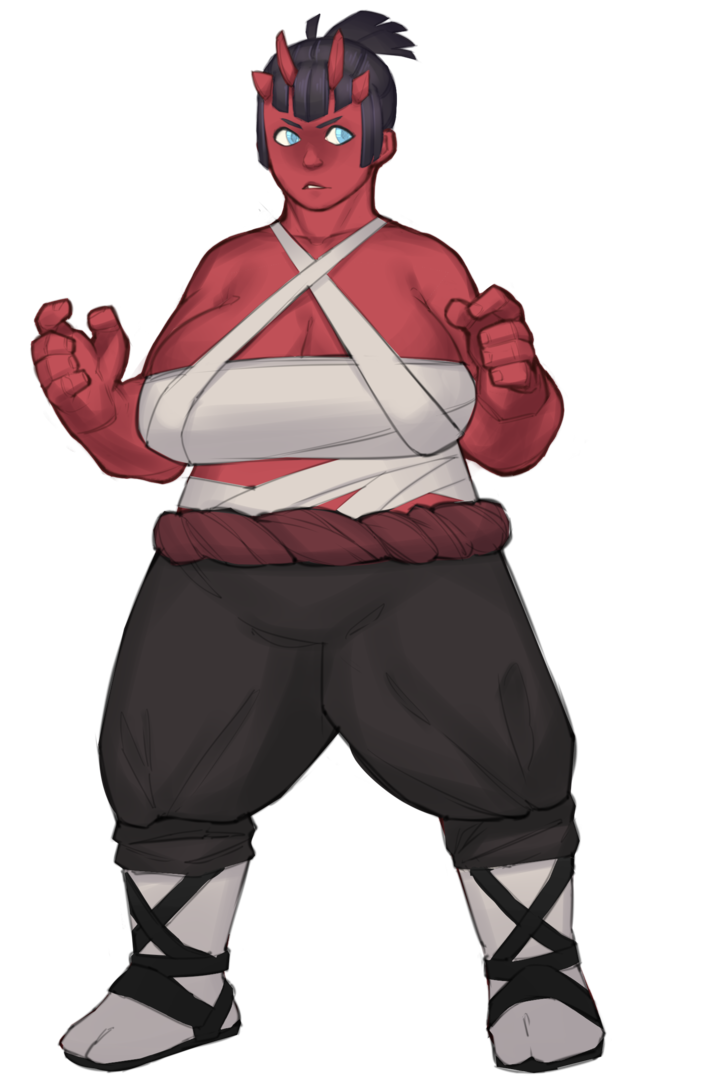 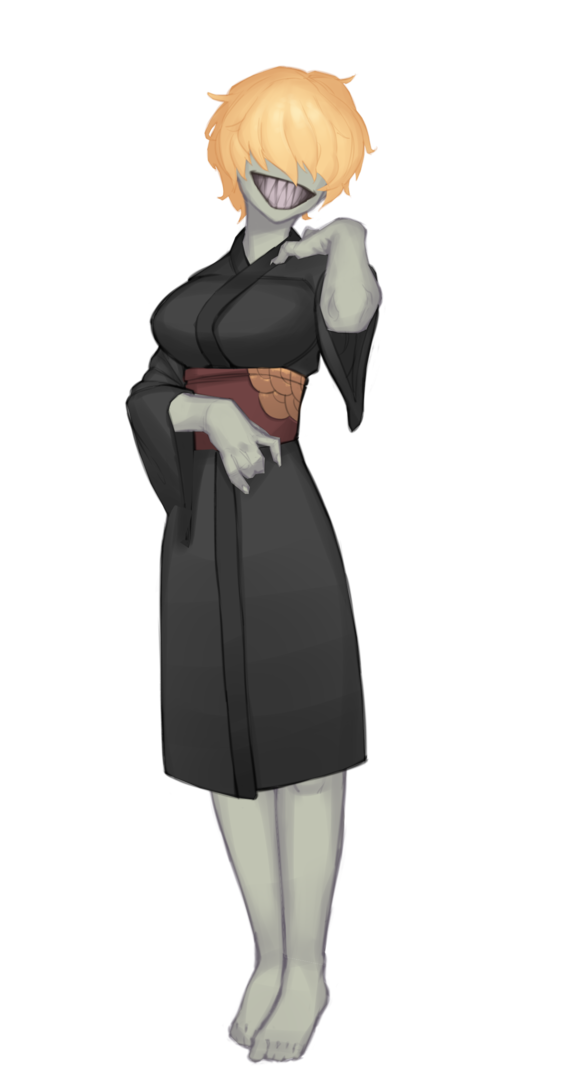 This update fixes many of the bugs it had, but also it should be said that, due to how CK3 is programmed, religions can be a little bit tricky to implement. This means you wouldn't be able to have 2 mods that change religion without having to do a patch yourself (which pretty much only requires you to copy-paste the content of the right file in its right place); this may change in the future since I suspect Paradox will eventually fix this, but for not this is what we have.

For this update, we decided that it was best to add a way for a male character to become Lilithian. We created a new faith, the Sons of Cain, which is a more equal-centric Lilithian faith, but also a quick way to change from male-dominated to female-dominated.

Now without further ado, the changelog:


One new faith: Sons of Cain

It must be said that what we really want to add is corruption in the game, and we are thinking about using the scheme mechanism for this, but we need to research it more. Beyond that, we'll also be adding buildings and a few other flavor mechanics soon too!