It has been a few weeks since I last made any progress in my search for Solomia. I had shot down every raven leaving Raven Castle, no word of her. Every courier, delivering something mundane. I was getting worried now, she wasn't as strong as I was, physically or mentally. I almost broke in the same amount of time. I had to retreat though, my spot was found by the Raven Castle guard, I presumed they'd found the things I'd shot down as well. But I was in Solitued now, more specifically, The Winking Skeever. The barkeeper was my informant, and I haven't had a message from him for a while.

Barkeep: Ahh welcome friend, may I interest you in some fine mead this wonderful night. 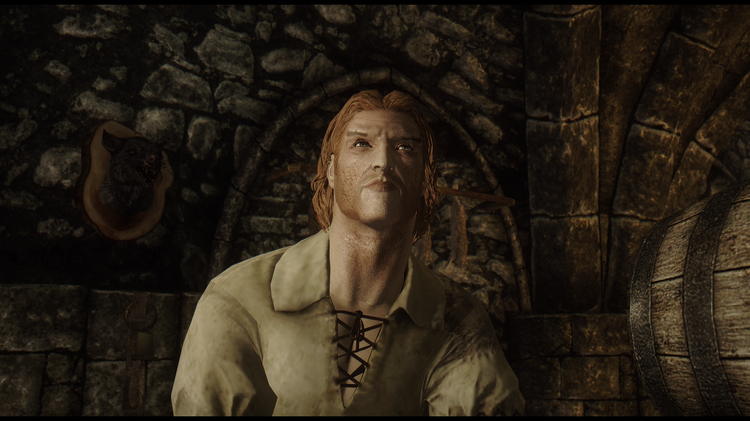 Shea: Not really, I want the information I paid you for. That's what you can interest me in. 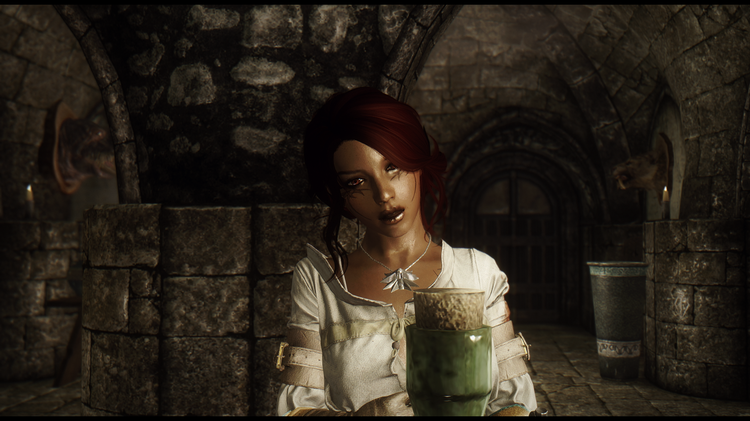 Barkeep: Your information, you already have it. I sent the last two ravens to you weeks ago. 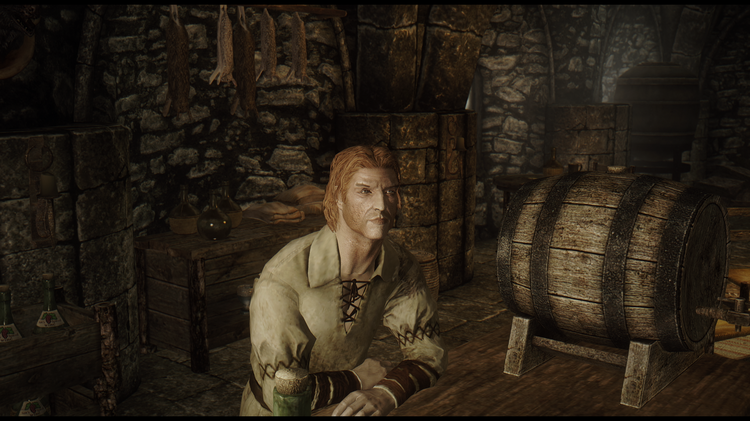 Shea: I'm really not in the mood for your games. Give me what I fucking paid for, or I'll ruin this place, or your reputation, maybe both. That could be fun. 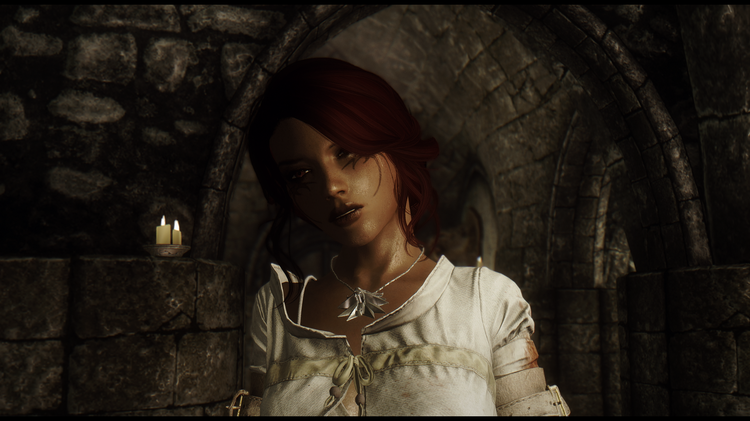 Barkeep: I still have no idea what you're talking about. I've sent you what I know. And don't threaten me again or I'll call the guards. 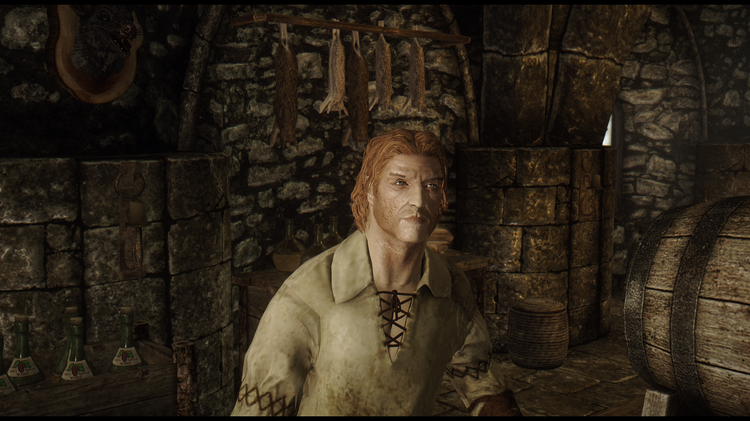 Shea: Look, I've been travelling for weeks, looking for my family for weeks. I've already been aggravated to the greatest extent, and I think one more fuck up will tip the scales. 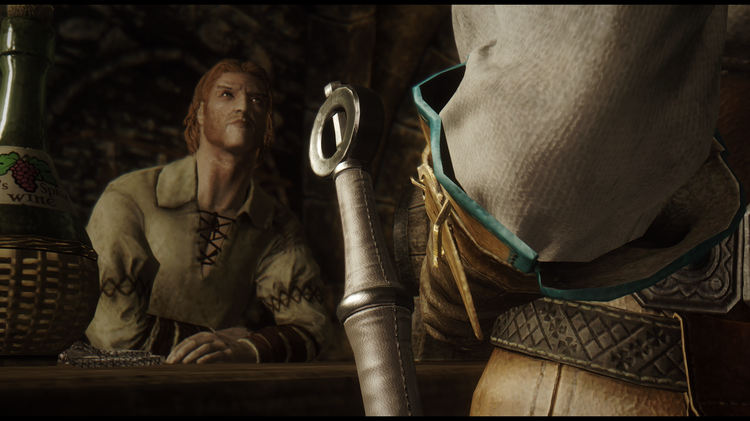 Shea: Actually the scales have already tipped, and I've had enough of your shitty attitude and blatant ignorance. Give me what I fucking want! 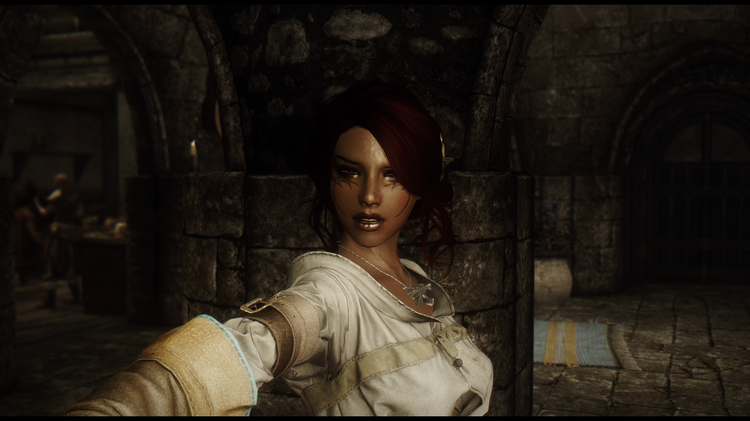 Barkeep: (Gulps) Fine, here it's all in this note! Now go, and don't come back! If you do I'll have the guards hang you! 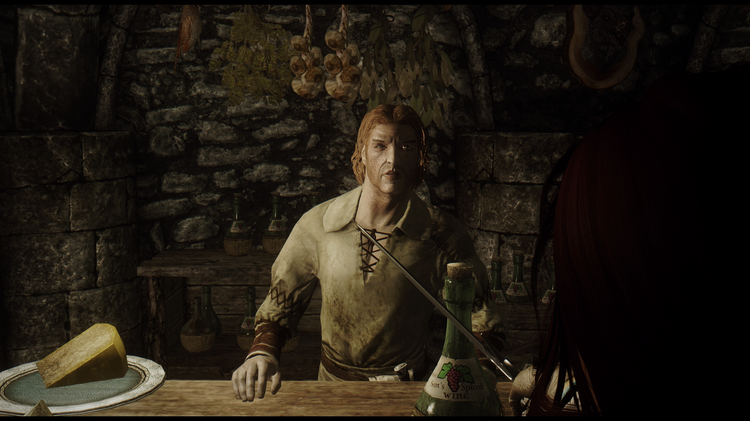 Shea: Now was that so hard? 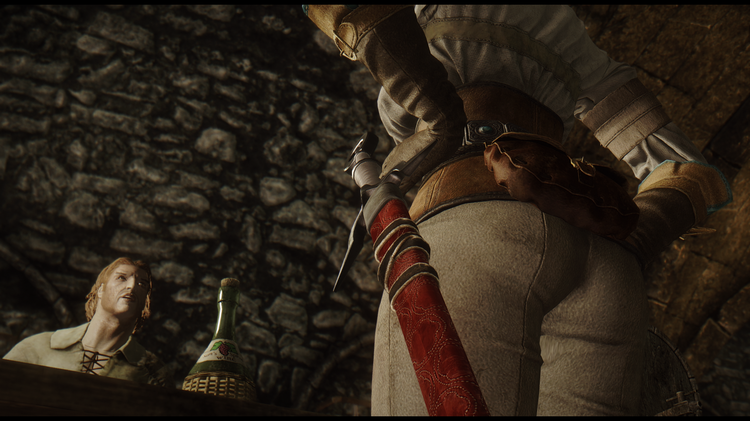 Shea: Now to head to my hideout and see what this final note might say. 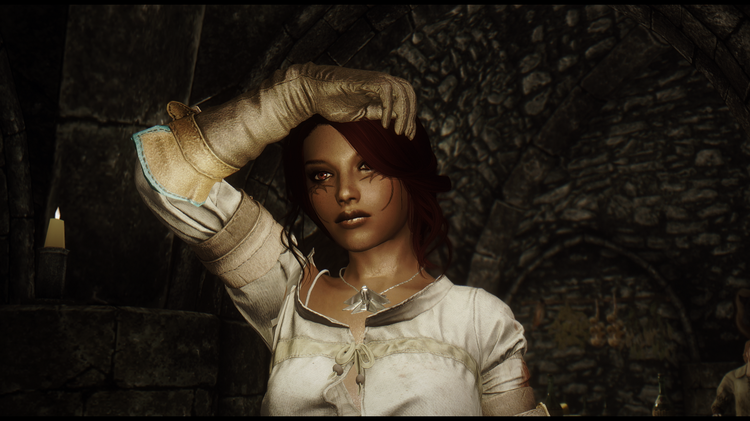 Shea: Well, perhaps hideout was the wrong term. It was just the rookery of Solitude. No one really sent ravens anymore, apart from when required to. So it was calm, peaceful and isolated from the rest of Solitude. 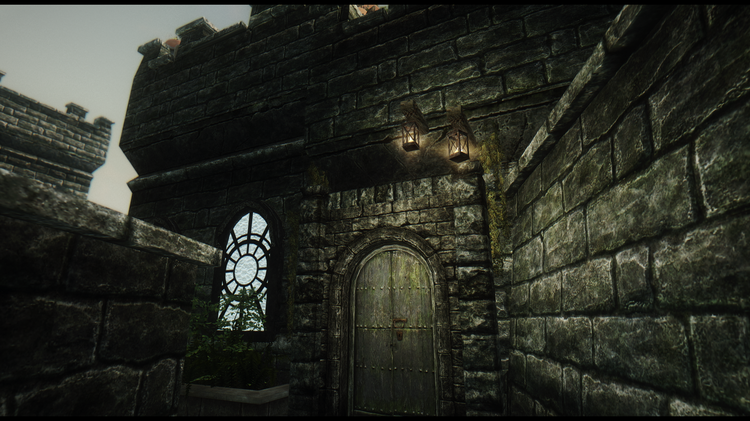 Shea: It was certainly small and cramped, but it was home now. And it was the closest thing to home since the loss of Skystone. 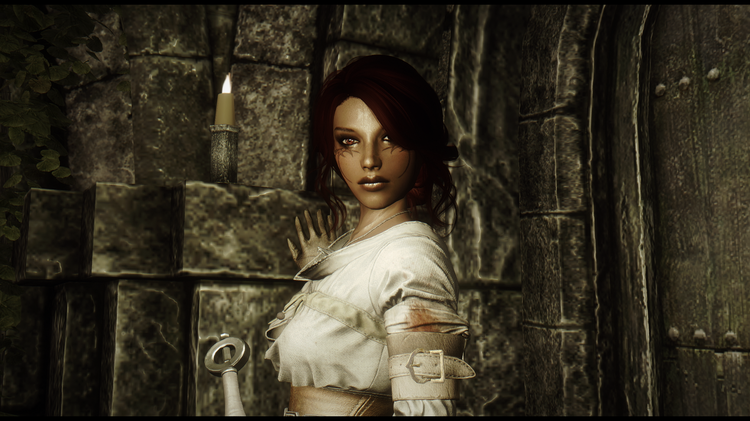 Shea: I suppose I should probably read that note now, I shouldn't hold it off any longer. The longer I wait the more Solomia suffers. And I promised her, that I'd always protect her. I've already broken that promise. I won't let the Draconhams have her for much longer. 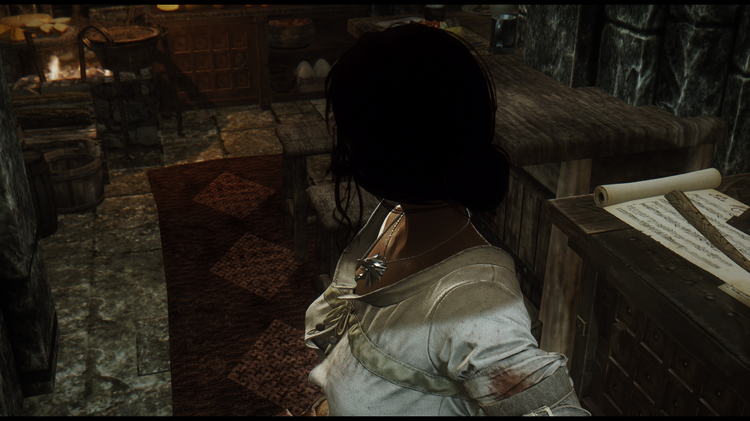 "Draconhams seen in the north west, near Dragon Bridge. Elven accomplice claimed something about some chanting that was unrecognisable to him. We had it transcribed and it was Daedric. More specifically, an offering to Molag Bal. I wouldn't see the point in that since she was already offered once, but I guess vampire society is a little complicated. Never mind that bitch who is desperately hounding me for information. I think she said Iris was her name. Doesn't matter now though. I doubt she'll be back."

Shea: Well that clears things up I suppose. And near Dragon Bridge, that's just a couple of hours ride from here. Somewhere I could get to soon. 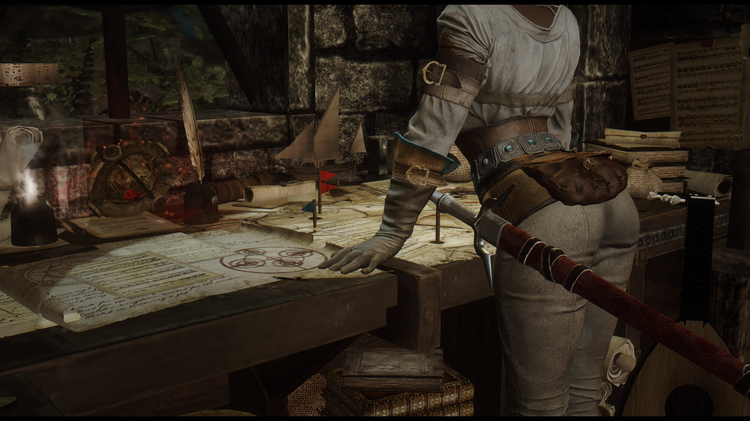 Shea: But, what was that thing about the offering to Molag Bal. We'd already been offered and emerged as Daughters of Coldharbour, but I vaguely remember reading something about that. They'd be offered again, and if strong enough would emerge as seductresses of Molag Bal. If that's true, I probably have quite a bit of time. Molag likes to toy with his prey for days. Not hours. 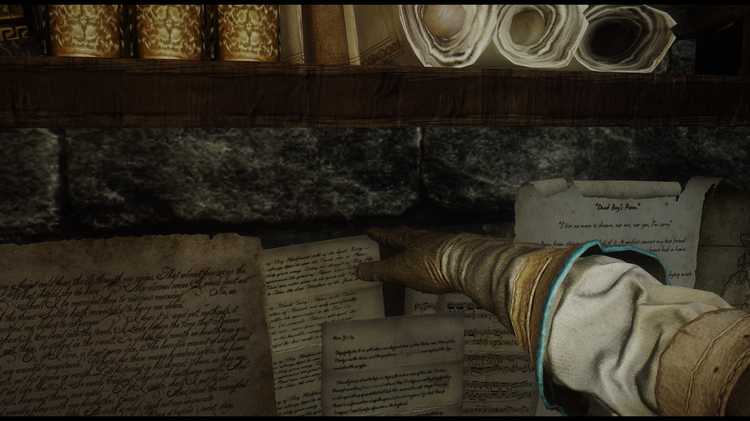 Shea: Well, I'm sure Solomia would manage for a while, and summoning can take a long time. I think I could at least look clean for her, when I become her saving grace of course. 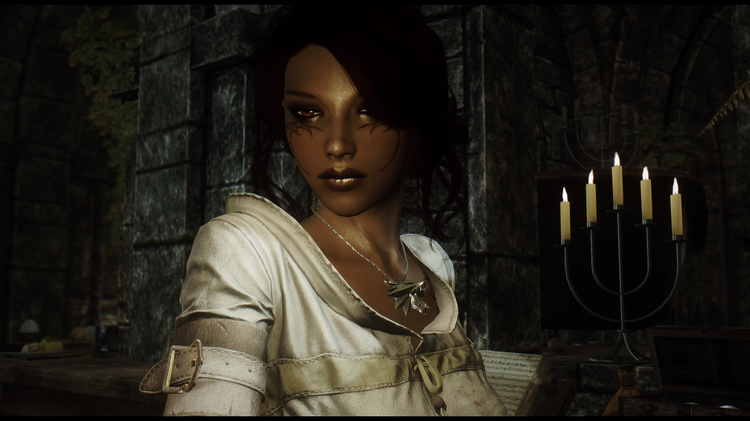 Shea: God it's nice to get out of these clothes, I swear I haven't been out of them for weeks. 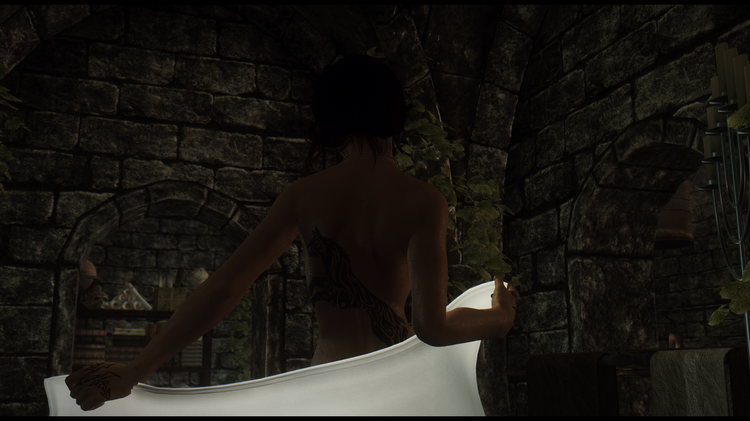 Shea: At least there's some hot water here, I'd dread to have another cold bath. 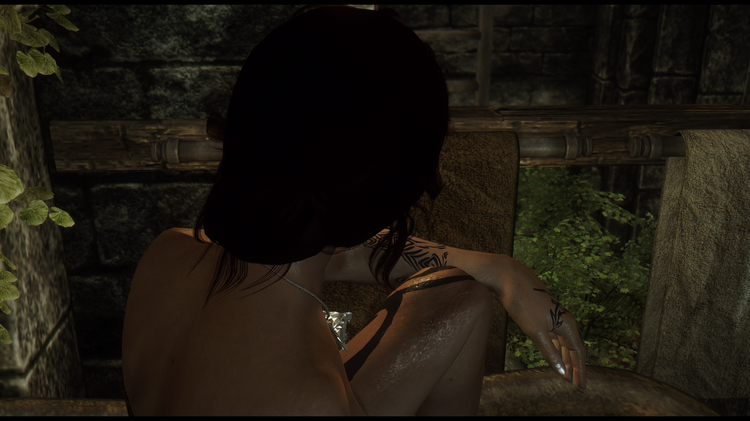 Shea: At least I can be a little bit more, comfortable in a bath now. I suppose any bath was a luxury, but baths are better warm. And with somebody else in it. Solomia, most notably. 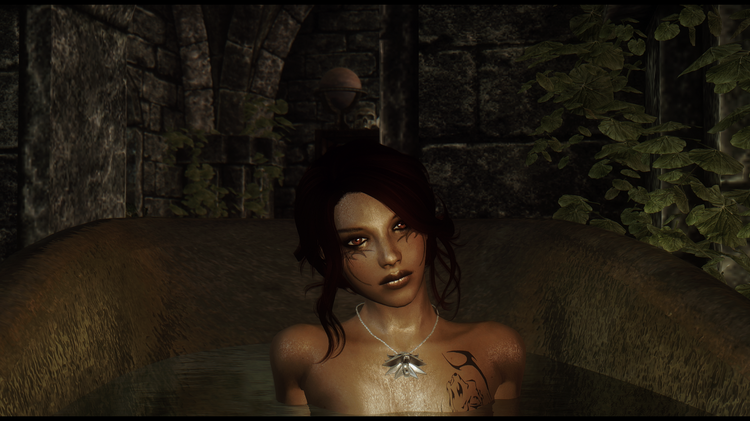 Shea: But I suppose I should probably get off my ass and help my sister. She is in need and I must help her, especially since I assume mother is gone now too. I don't know how I could stop a Daedric Lord, but if I interrupt the summoning I could probably help her. But I haven't even found the place yet. All I know is that it was near Dragon Bridge, that's it.

Sorry for this being a little shorter, but as I mentioned in my update, I've been struggling a lot recently. But I hope you enjoyed this short chapter nonetheless.

Anyway, thank you for reading, leave any feedback in the comments below, I'd love to hear it. 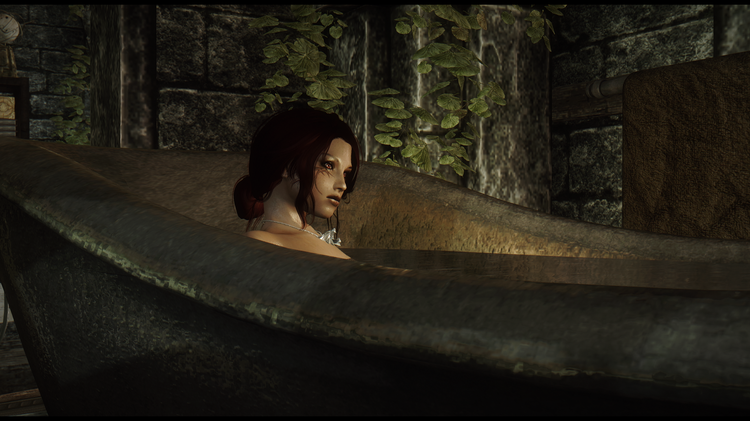