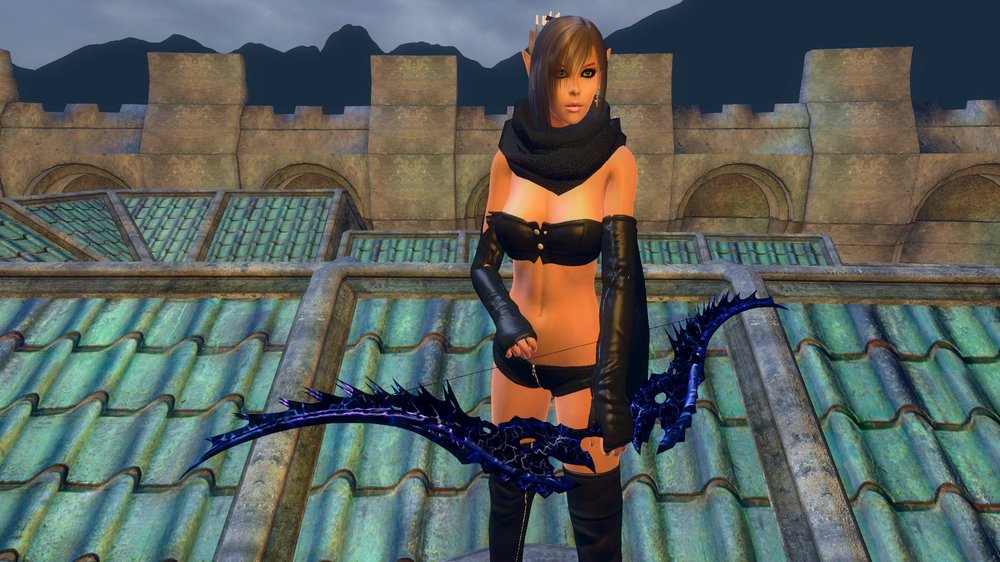 Last comic I uploaded to the nexus, I meant to upload it here at the same time but the sheer size of it kinda put me off and I only got round to it now. Also because I'm lazy I've decided to copy and paste the description from the nexus here as well.

Just a comic showing Teneicha when he's having one of his more lucid moments. It's all fun and games until you realise that for all his eccentricities and me playing them up as being funny Teneicha is actually a fairly tragic character. For those of you wondering why Shadow refers to him as master, it's not in a slave-y way it's in a student-teacher way (Although Teneicha is her foster father as well) additionally while he had moments of insanity for the most part (due to Shadow and just sheer willpower) he managed to keep them infrequent however with the oblivion crisis (Teneicha was in Cyrodiil for it, visiting Shadow) the opposite became true. I had more for this but I forgot most of it, additionally I was originally going to show Teneicha's lucid moment with a cross game comic between Oblivion and Skyrim with him talking to my Skyrim character Storm but given Skyrim's annoying stability issues (for me at least) I scrapped that idea and went with this one, however the idea of having a comic with Teneicha being lucid has been one I've had for a while now. 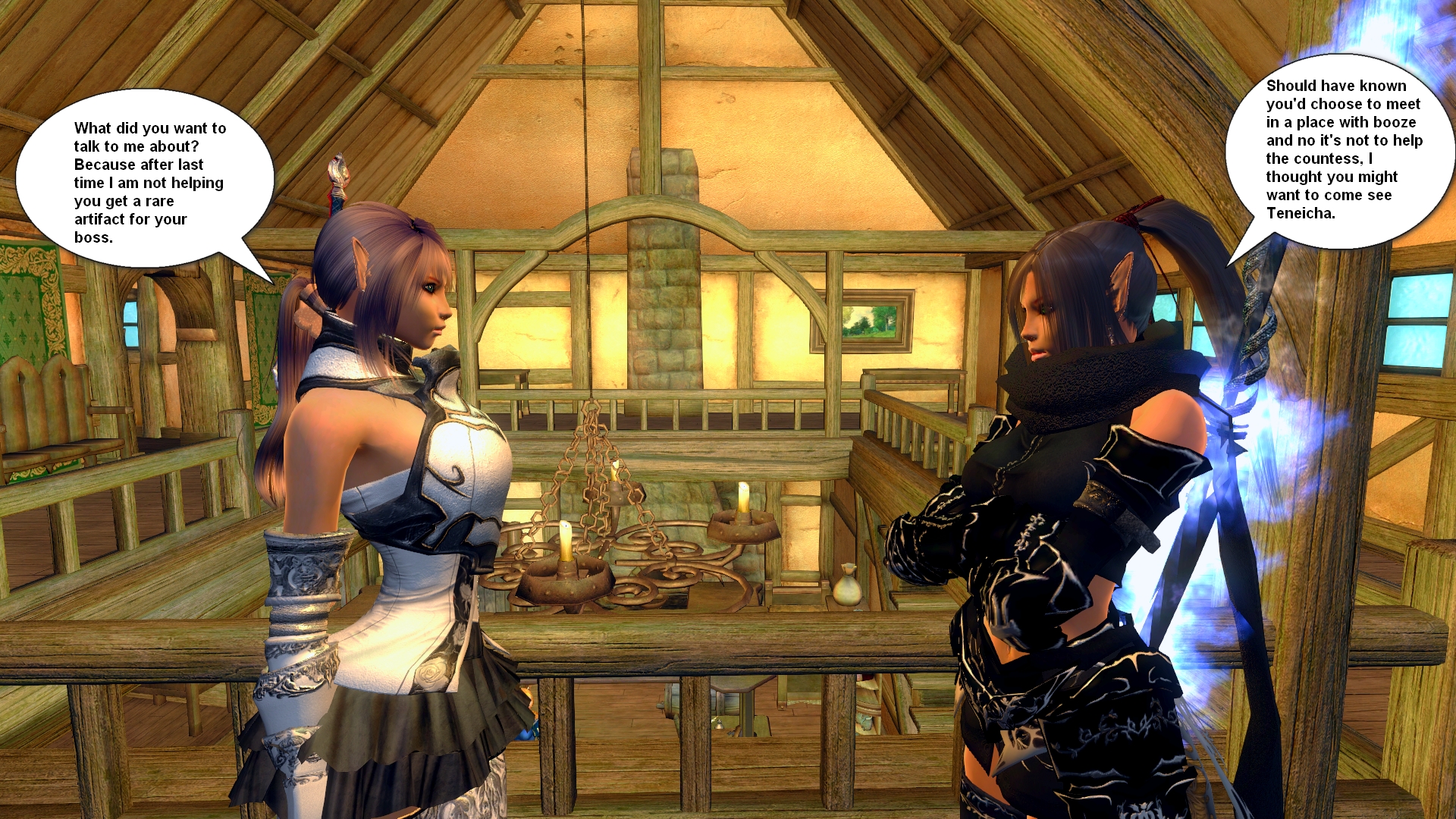 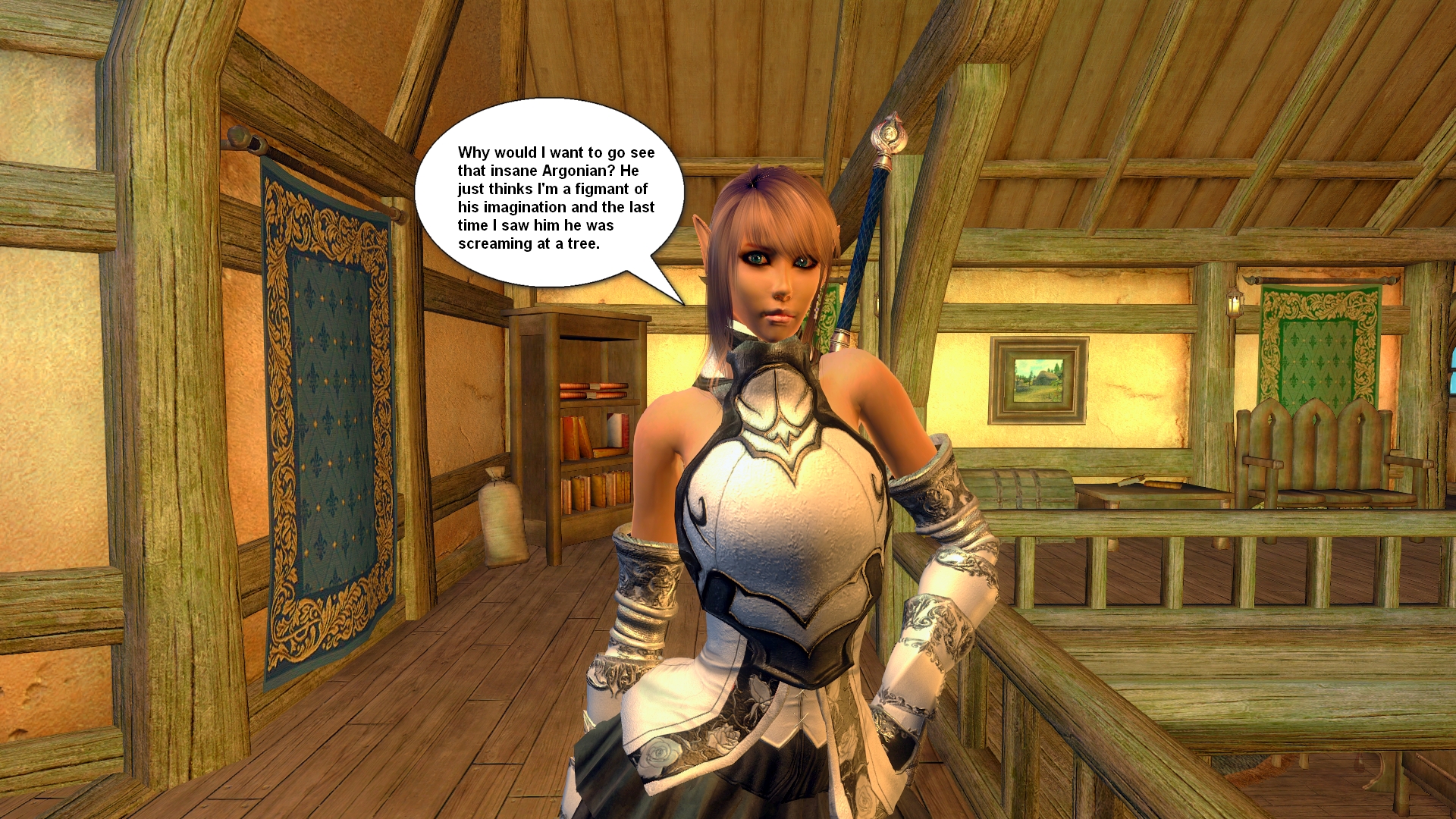 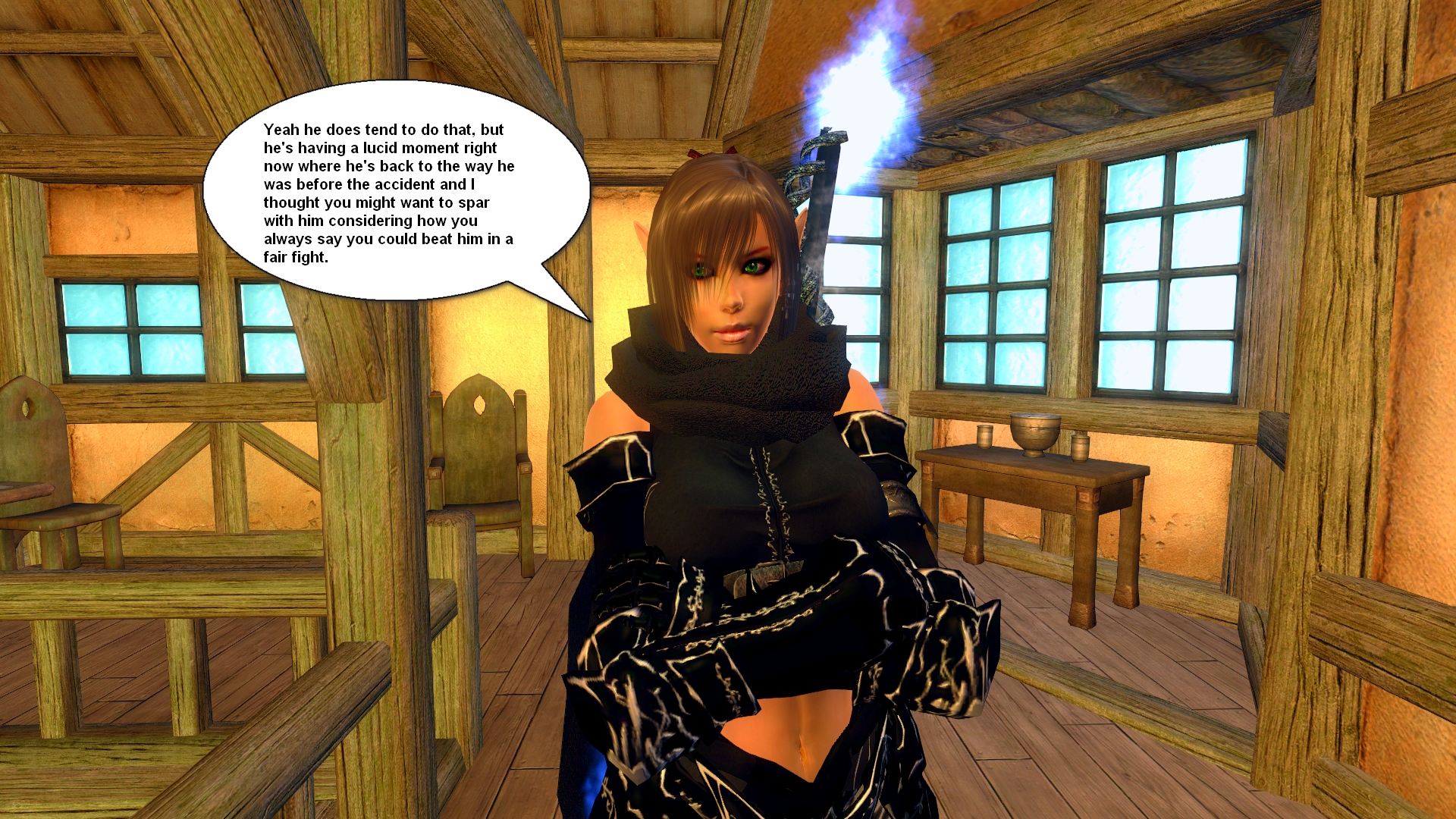 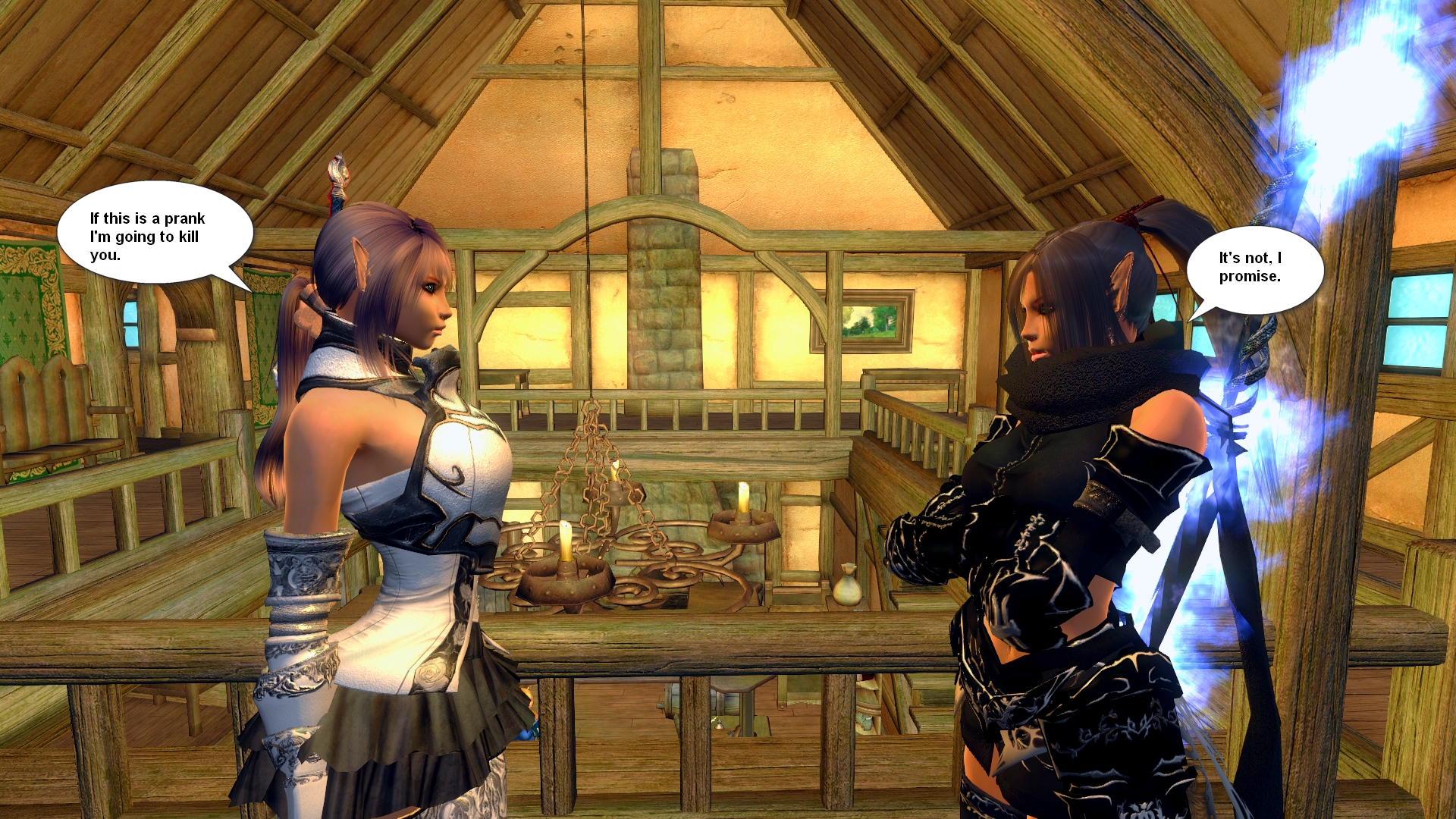 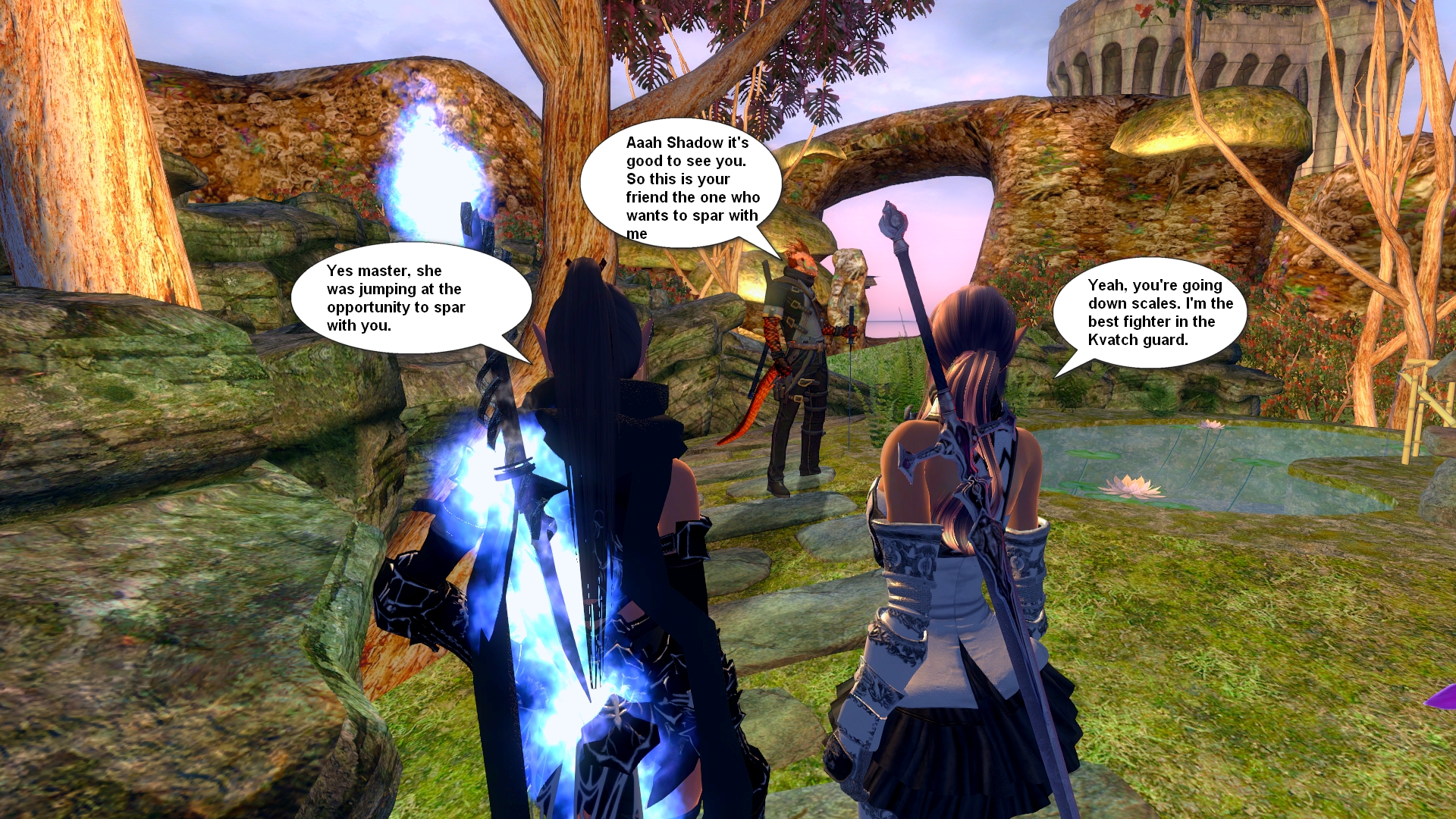 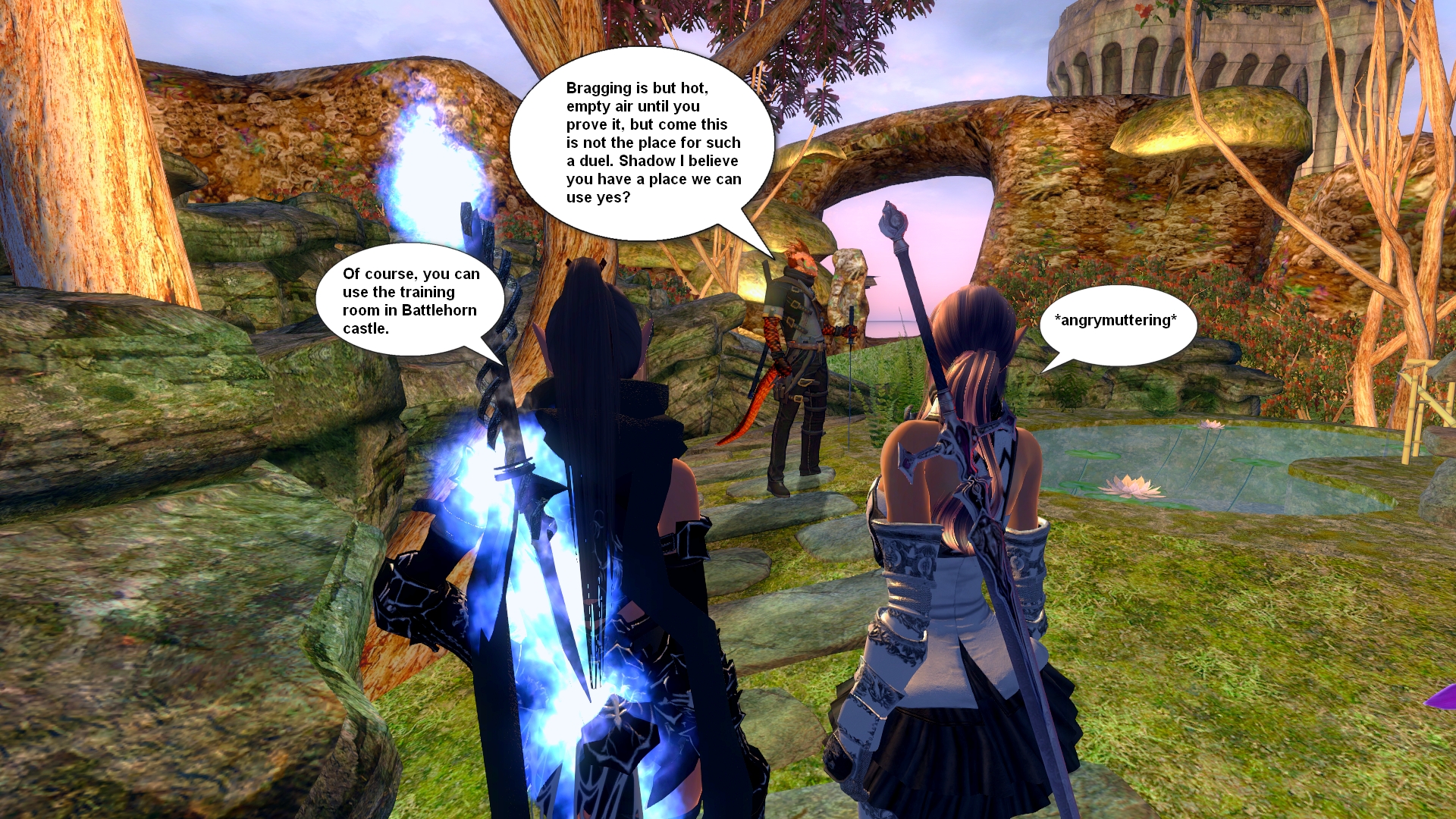 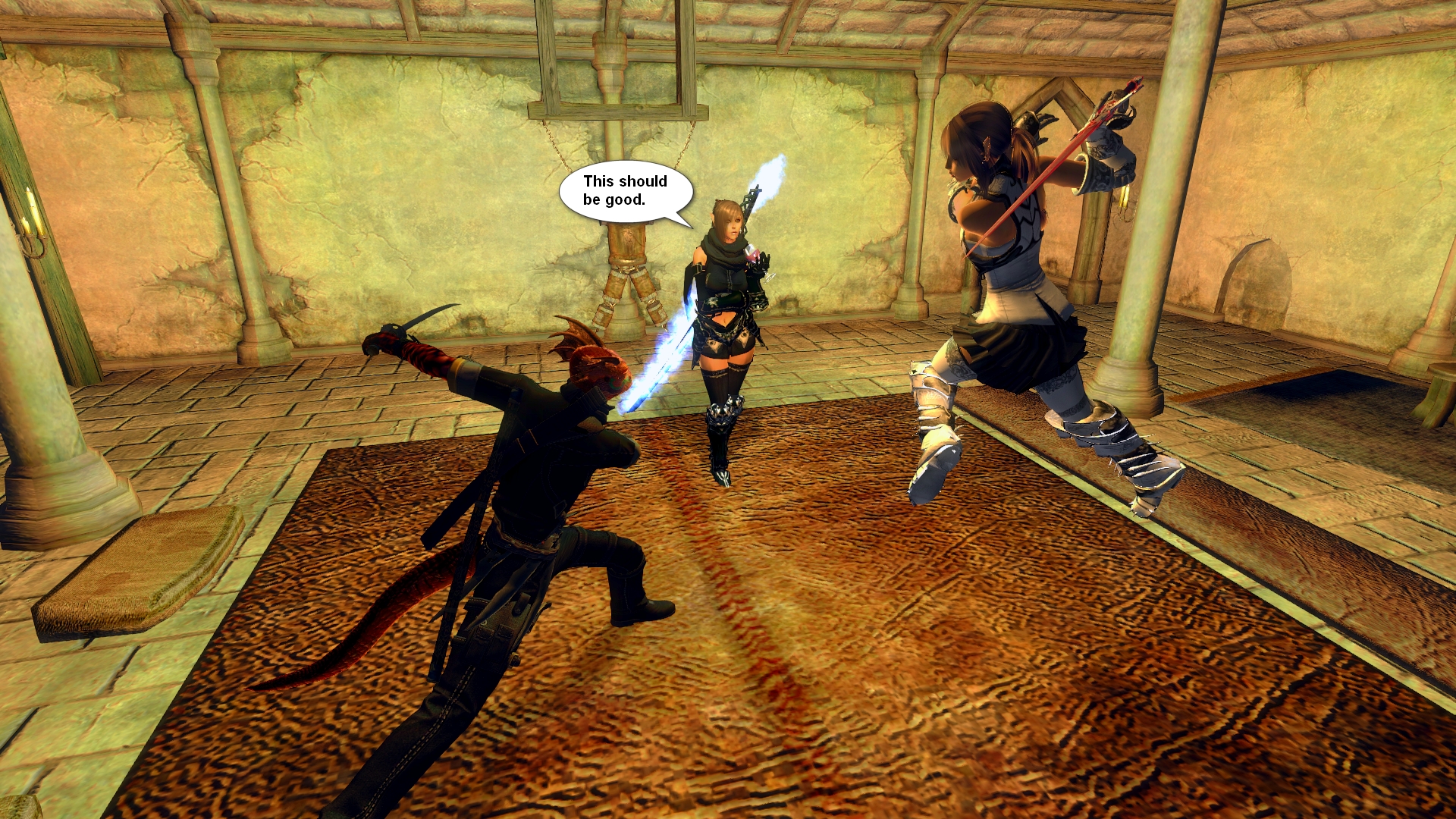 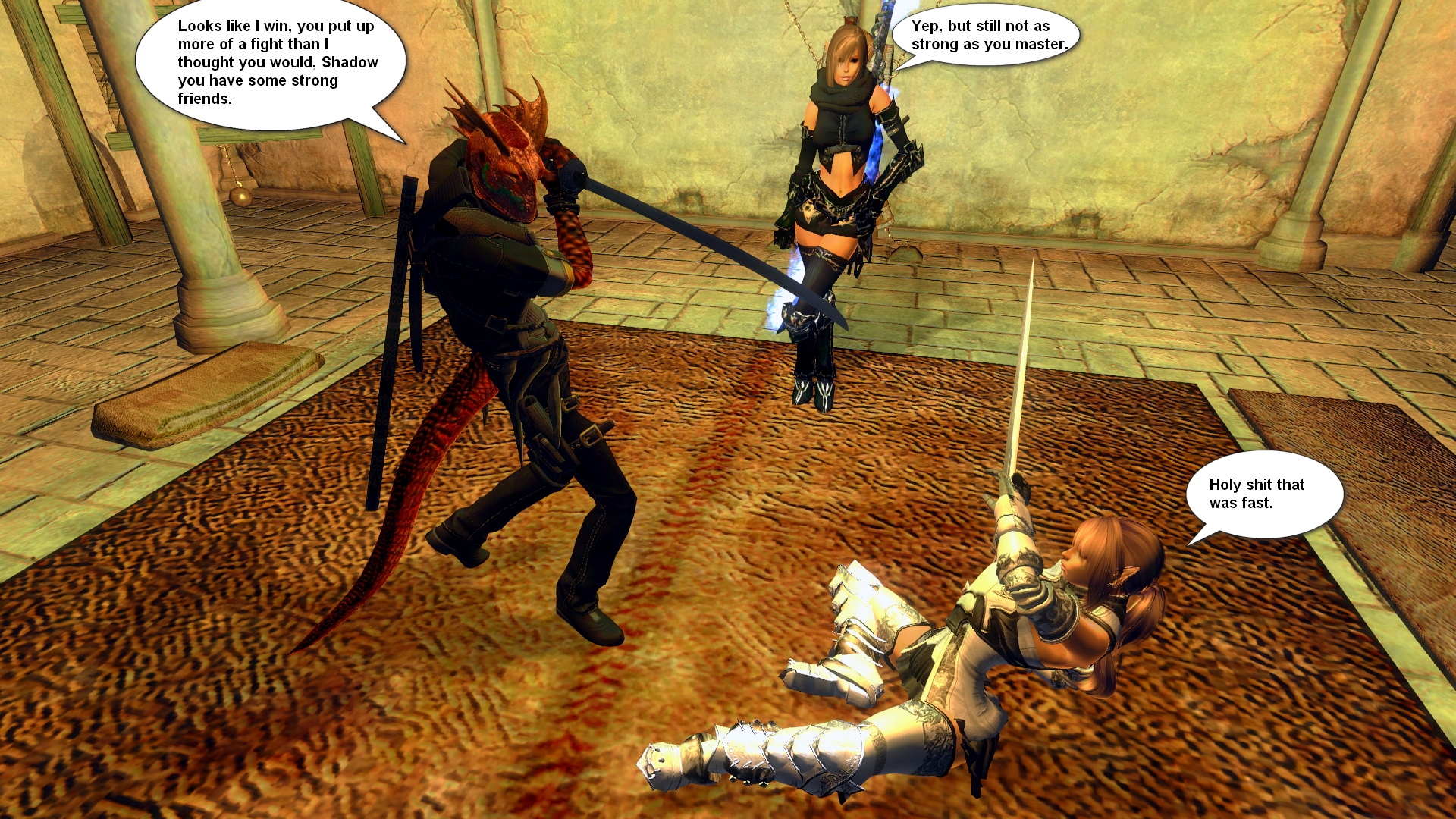 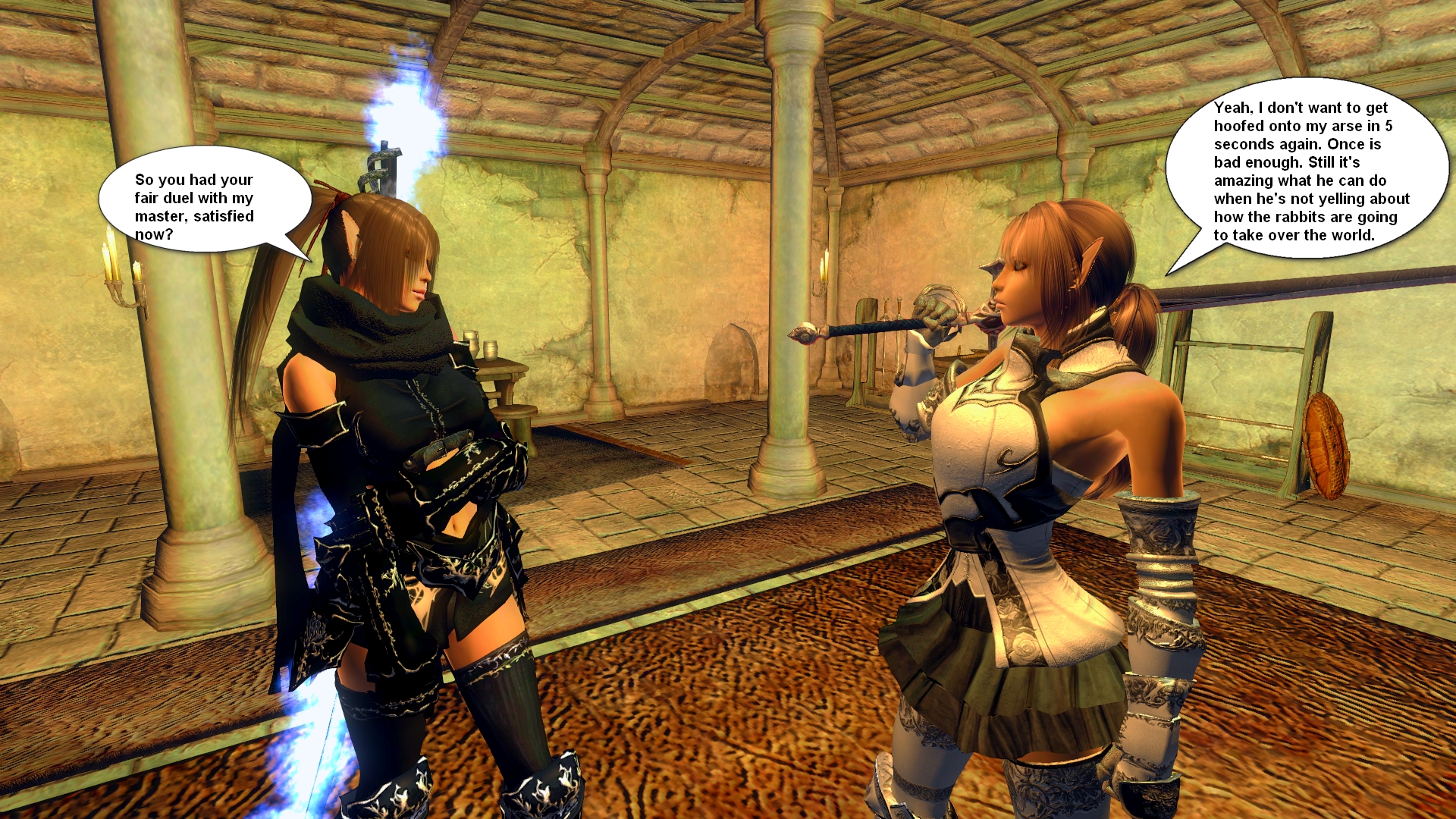 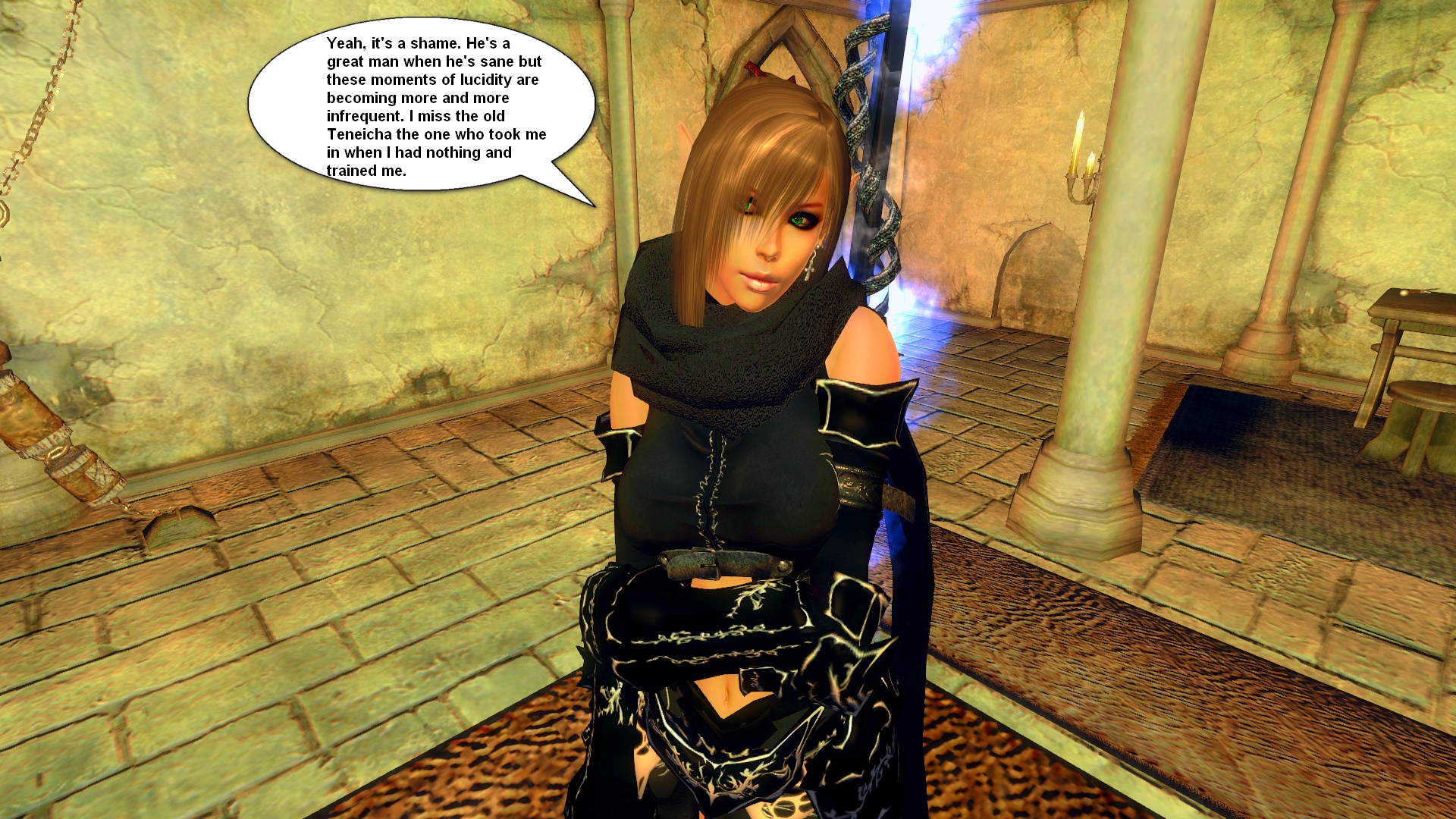 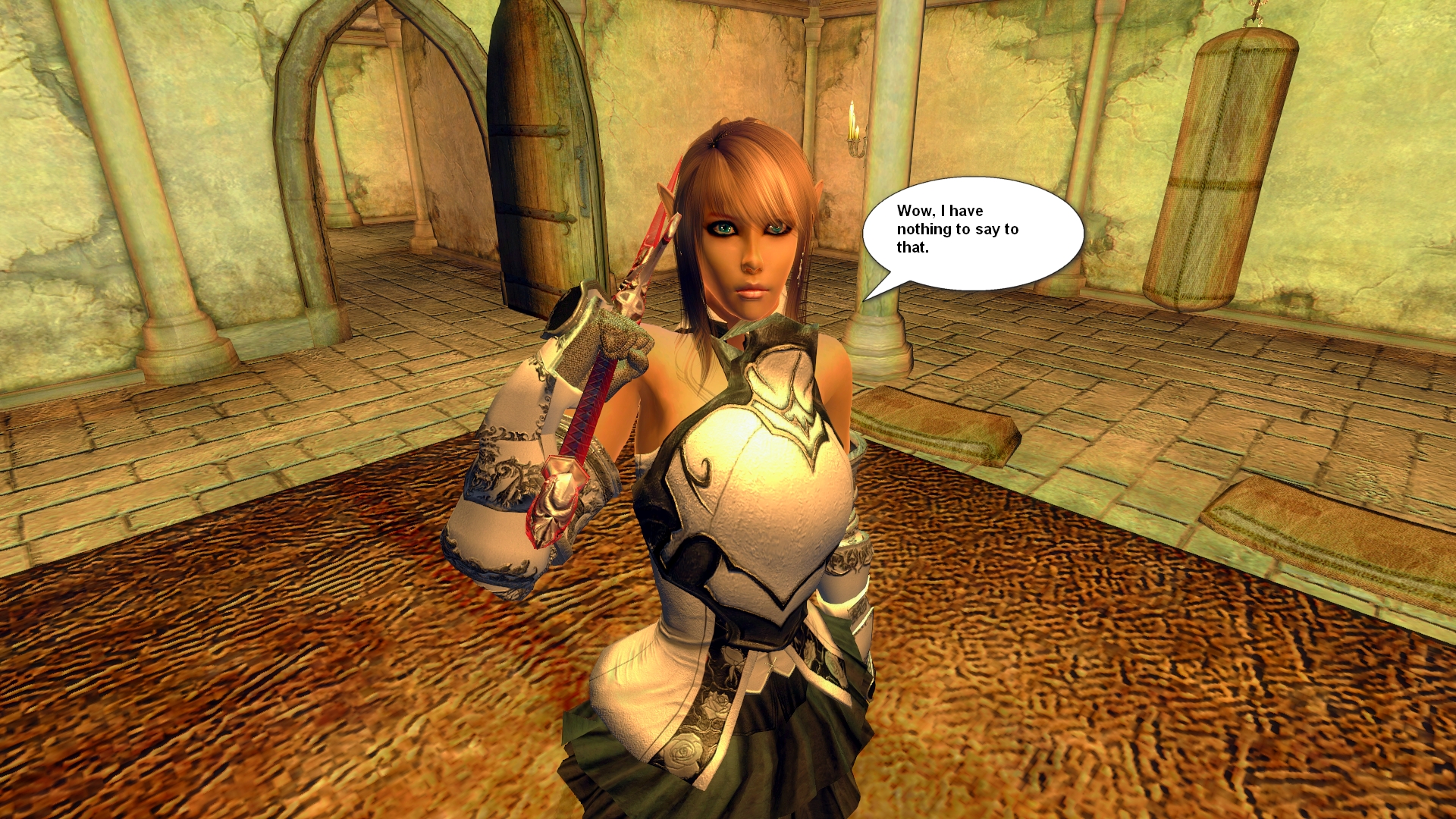 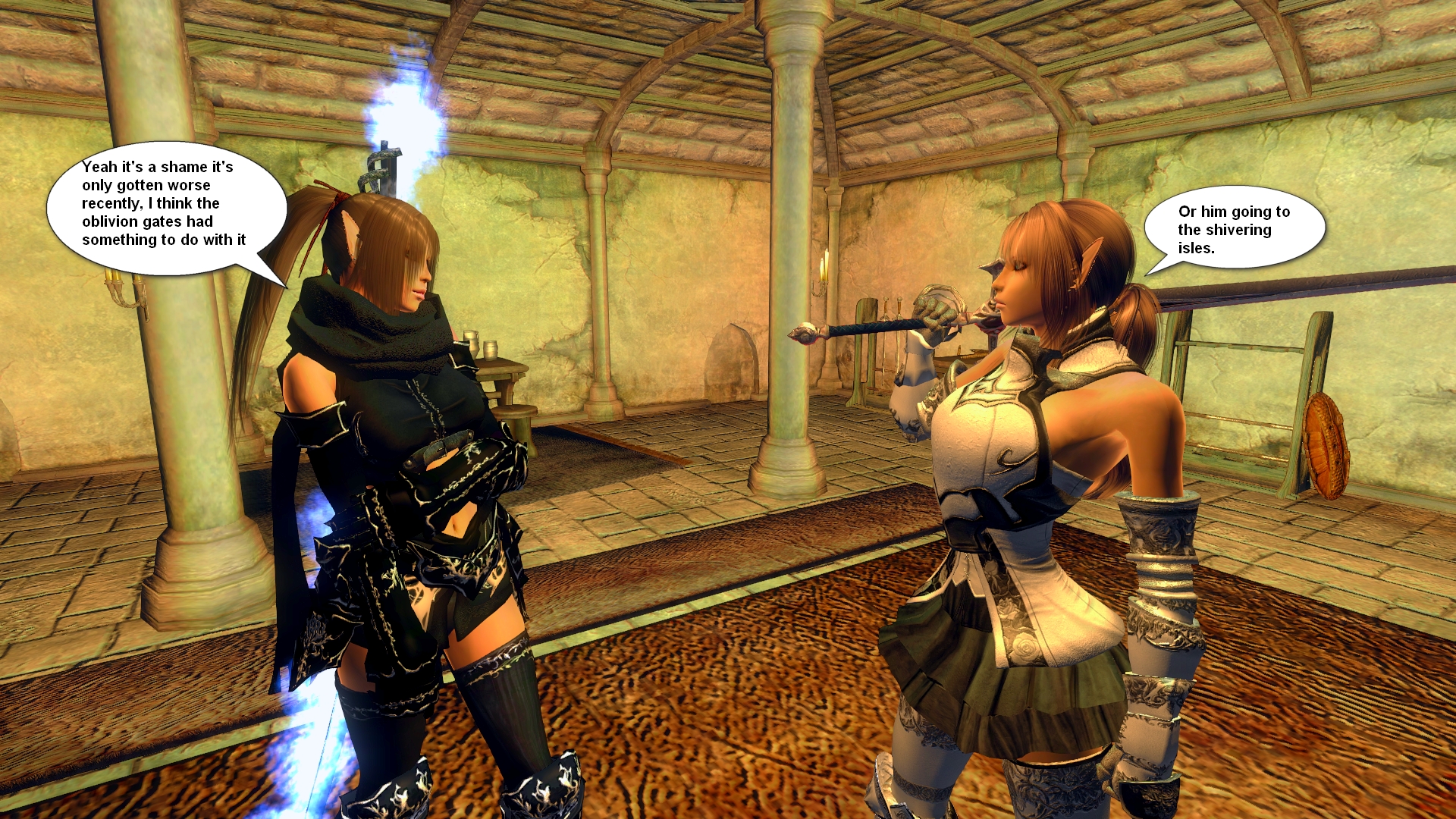