Elf ears are a pain in the ass.

One of my go-to races in Elder Scrolls games since Daggerfall has been the Dark Elves. They're visually interesting, and they tend to favor the stealth/rogue gameplay that I like. But finding headgear or hair for them is obnoxious, entirely because of those damn ears and how they just clip through everything. There's evidently no way to stop that from happening, although it really seems like there should be.

One odd thing I found out about the Skyrim head meshes when I started playing around with this stuff is that they actually have three partitions on the one mesh. Two of them have an obvious enough purpose, as they line up with how the decapitation effect works. But the third one just covers the tips of the ears. It seems like it would be something they could use to get the things out of the way. But it doesn't. What does it actually do? Iunno. 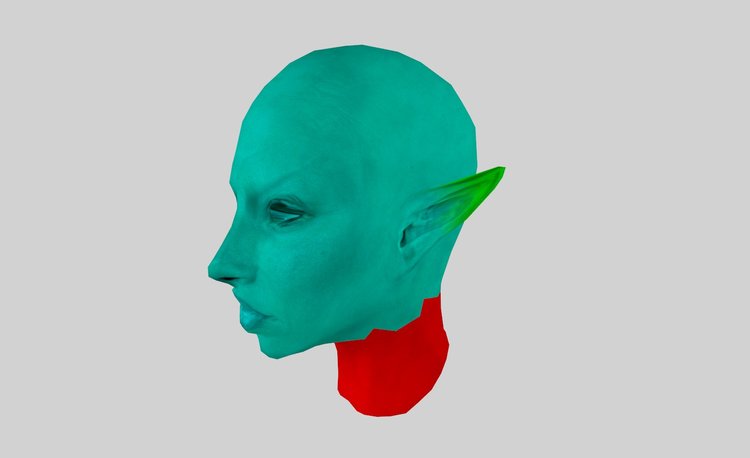 Regardless, the whole thing's made using elven characters as DCC testers a bit annoying, as none of the headgear I have is designed to accommodate them. The TAWOBA crest kiiiinda works, depending on exactly how the ear is positioned, but that's about it. The Gilded helmet is a lost cause, unless I want to make it stupid-wide. Some of the Gynoid hairs work, but only just. And the Ripper headdress' ear caps don't even try. 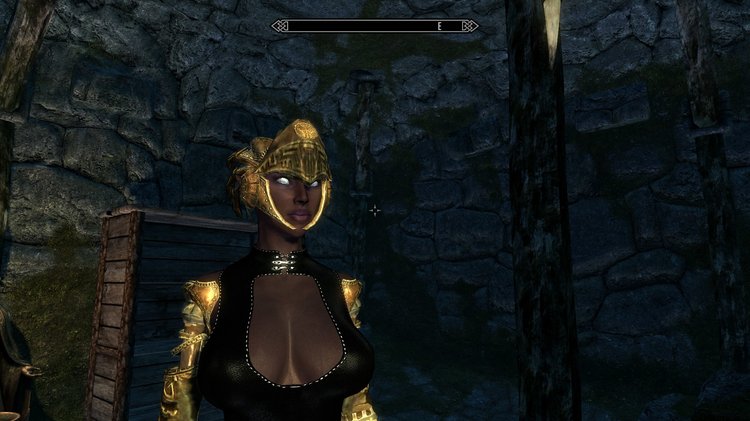 But that one I figured I had at least a chance of fixing. So I did. 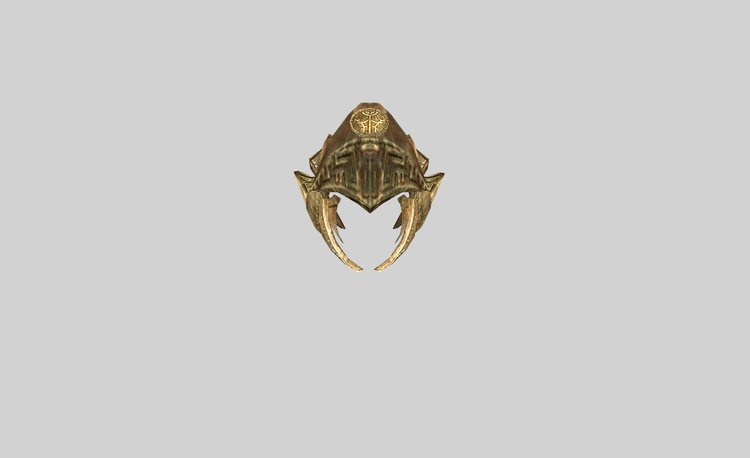 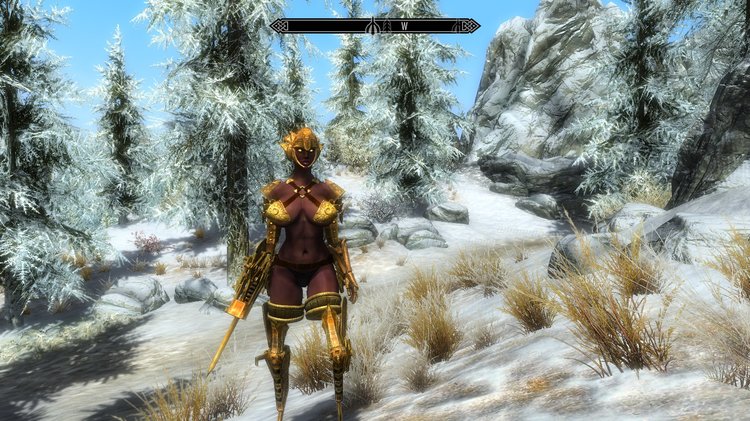 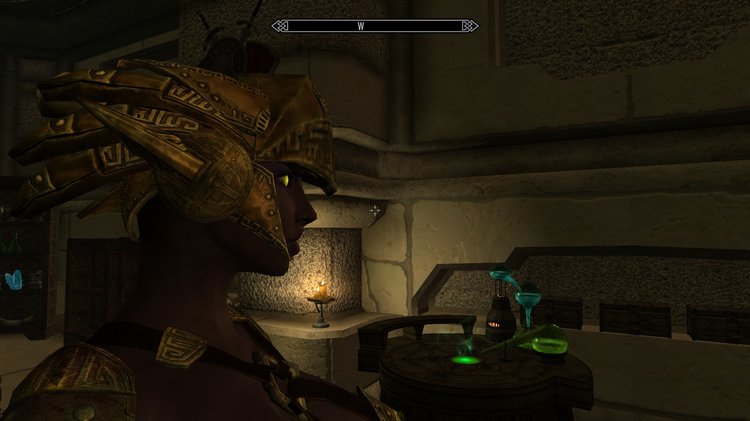 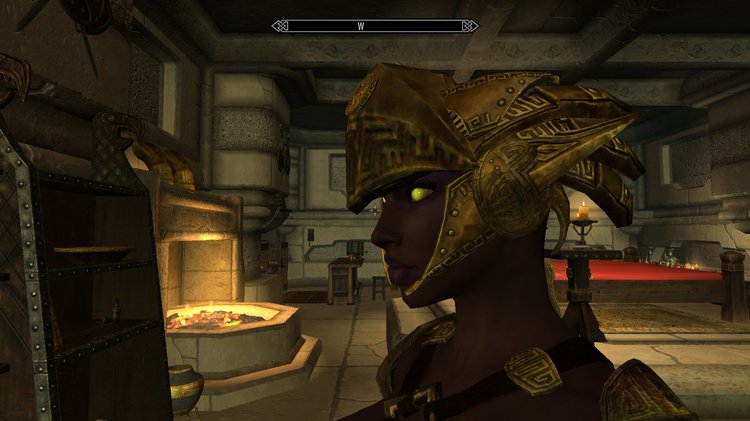 It's far from perfect- I couldn't get the new ear caps to line up with the, er, hair? quite as nicely as I would've liked without getting bits of the ear clipping through again, but it came out decently enough. I can't guarantee coverage, though, as there's just too much potential variability in ear position. I used three different elf heads with widely differing ears that I had on hand to determine the positioning, so hopefully it'll at least cover most. And it's at least something.

The brain-in-a-jar head that I showed previously is now all buttoned up and ready to go for the next update, when I've got enough stuff together for one. 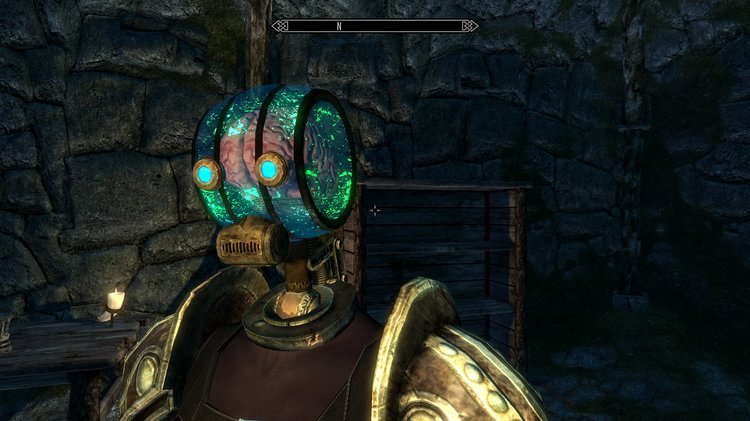 I also played along a little further with the concept and did up a head-in-a-jar. Or more properly a jar for your head, since it's actually headgear, and not a head replacement at all. 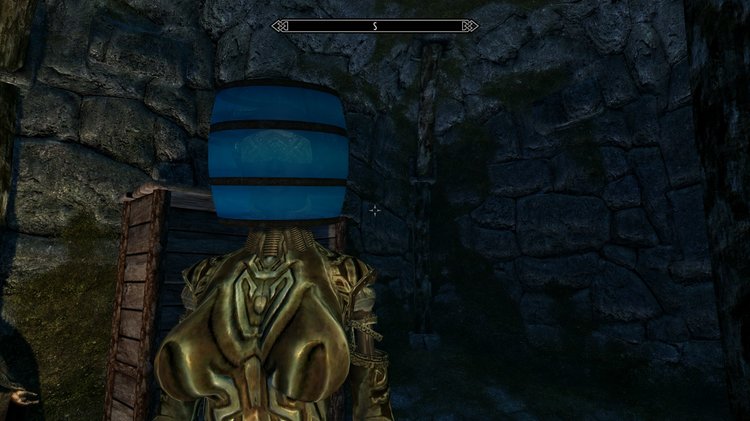 This one I'm less certain of. The mahty barrel is a little too dark, and a little too awkward-looking. I think I'll try replacing it with the bug jar mesh, see how that goes. Although I know from past experiments that either one will need to incorporate that eyeplate from the Gynoid set, as their transparencies tend to cause the eye meshes to turn invisible. But you do end up with a fully functional mouth, unlike my earlier 'detached head' experiments. 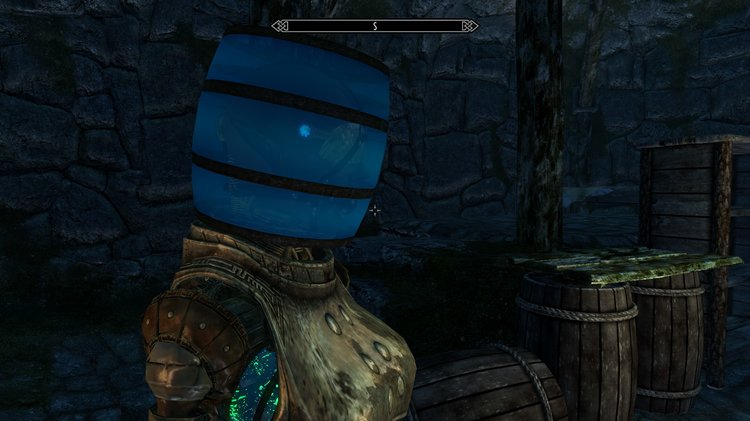 Another problem is that neck. I built a sheath out if Gilded pipes to give the impression of a re-attached head, and it works pretty well! But the problem is that I had to size it to the neck opening on the reference body to avoid having the original neck clip through. Which works great for that, but less great for using it with the Edhildil automaton body. Which is a downer, as the concept is best-suited for that application. 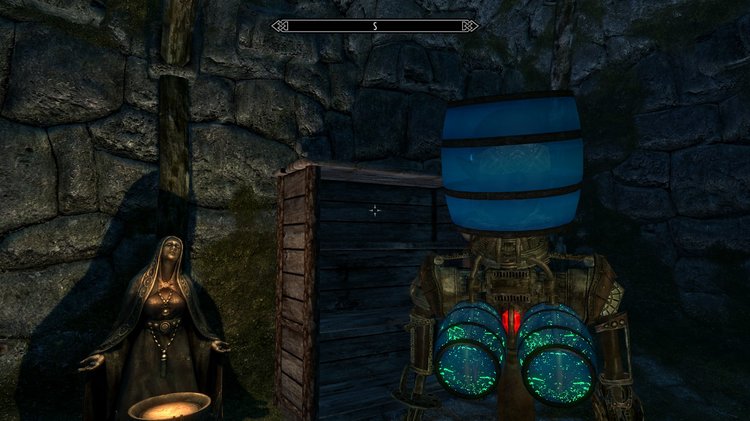 So I've got to figure a way to clean that up, without causing problems on the normal bodies and taking into account where I'll be able to cut the meshes on the pipes, before I can get something functional. But if I can get stuff like that ironed out, this might be worth throwing into the pile. Might even release the neck by itself, as a sort of a collar piece... 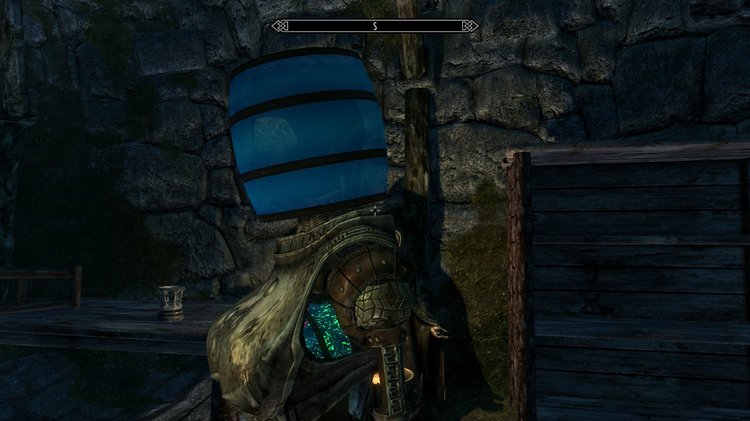 Unrelatedly, playing any of the Blades bodies while using the Animations mods and Immersive First Person makes lockpicking a bit more amusing. 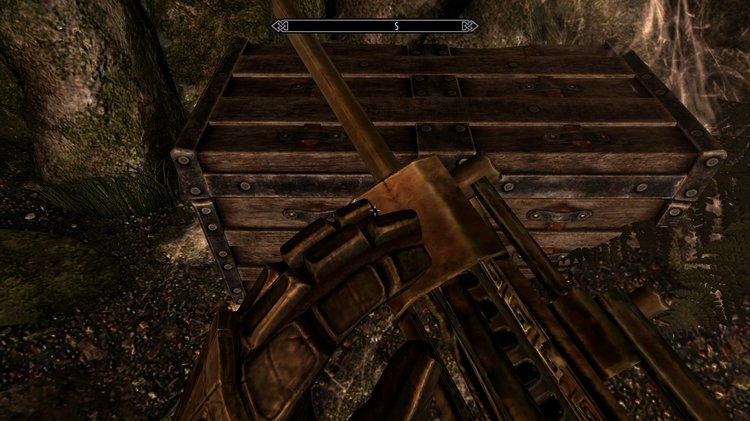