As the title says this post will be discussing various shite, namely a "review" of Fallout 4 since I finally completed its main story. Also some football chat and a list of the settings I like the most (which is linked to my "review" of Fallout 4) these are all spoilered for your convenience.

As I said I completed the main story of fallout 4 and since I'm not going to bother with a traditional score I'll give it a solid meh. I've mentioned before that I honestly don't find the setting for fallout to be all that interesting and Fallout 4 when compared to the other two fallout games I played (3 and New Vegas) falls WAAAAAAAAAAAAAAAAAAAAAAAAAAAAAAAY short. First of all I felt the story to be very weak, I feel that I can craft an adequate story and even I can tell that it's not very good my main point for this is the reveal that Father is your character's son, however Kellogg doesn't look any different from when you first see him (when he kidnaps your son) and when you kill him this is handwaved by Father saying that it's due to the institute's technology that Kellogg doesn't look like he aged a day but if the institute can do that why do he and Dr. Li both look old as fuck? My theory is that they had two writer's writing the main story independently of each other and when they finally put the story together both were too stubborn to change what they wrote so to compromise they came up with that bullshit excuse. I personally would have just said he was a fucking synth and be done with it, in the context of the story that's much more believable than some bullshit magic-science of eternal youth that for some reason only works for that one dude.

I went for the brotherhood for the main story and ran into another piece of bad writing, they decided to retcon Liberty Prime into being created by Dr. Li HOWEVER Prime's dialogue is pretty much the same as it was in Fallout 3 (it's almost like they were too lazy to give him new dialogue...) and then you have a character OUTRIGHT contradict the retcon by saying he's pre-war tech. Nuka World and Far Harbour actually had better storylines (with better writing imho) than the main quest I enjoyed those DLCs far more than I enjoyed the main quest and even then they're inferior to all of Fallout 3's and New Vegas' DLC packs (with the possible exception of Dead Money and Mothership Zeta.)

That's the story out of the way how about the characters, specifically the companions? Out of the ones I've recruited Dogmeat is the only good one and that's because he's A FUCKING DOG! It's fucking impossible to get a dog wrong in games. Cait and Piper both feel really out place one being Irish and the other being a reporter, I doubt Cait would have kept her Irish accent if her family had been trapped in the US for 200 odd years additionally with Cait it seemed like they where trying to make another Cass, only with drugs rather than alcohol! Cass did it better without the sob quest to get cured. As for Piper why be a reporter in a post apocalyptic wasteland? That has to be the most useless thing ever. Neither character really fits in with the setting, as for the others Nick is somewhat interesting in that he's a pre war detective stuck in a synth body but I still don't find him all that engaging as a character, he at least has an excuse for being a detective in the wasteland. Paladin Danse and Curie were both so bland they left little to no impression, Curie being somewhat memorable because of her voice (her accent is sexy I will admit) and Codsworth is a robot, you get one as a companion in every fallout game. I've not recruited the Ghoul or the super mutant yet and I really can't be fucked honestly. From the companions I have unlocked ED-E from New Vegas (both vanilla and Lonesome Road versions) is a superior character to all of them, hell Willow is a better character than them and she was created as a FUCKING MOD, when a part time amateur is creating a better character than your team of "talented" writers you done fucked it up..

As for the gameplay and my general enjoyment, well, the voiced protagonist with zero personality and only 4 responses in any conversation knocked it down some even though I did get used to it after a while and (imho) the female VA is actually fairly good HOWEVER when you have a voiced character that character stops being yours, they become Bethesda's character (Commander Shepard is Bioware're character, same with Hawke. Shadow, Cris and Storm are my characters) it also means we won't really get any good quest mods or DLC sized ones, my favourite Oblivion mod is Knights of the Nine Revelation something that can't really be done in FO4. The actually gameplay is alright I suppose but it went from being an RPG with some shooter mechanics in FO3 and F:NV to a FPS with some RPG mechanics in FO4. Hell this picture is what I enjoyed most in the game: 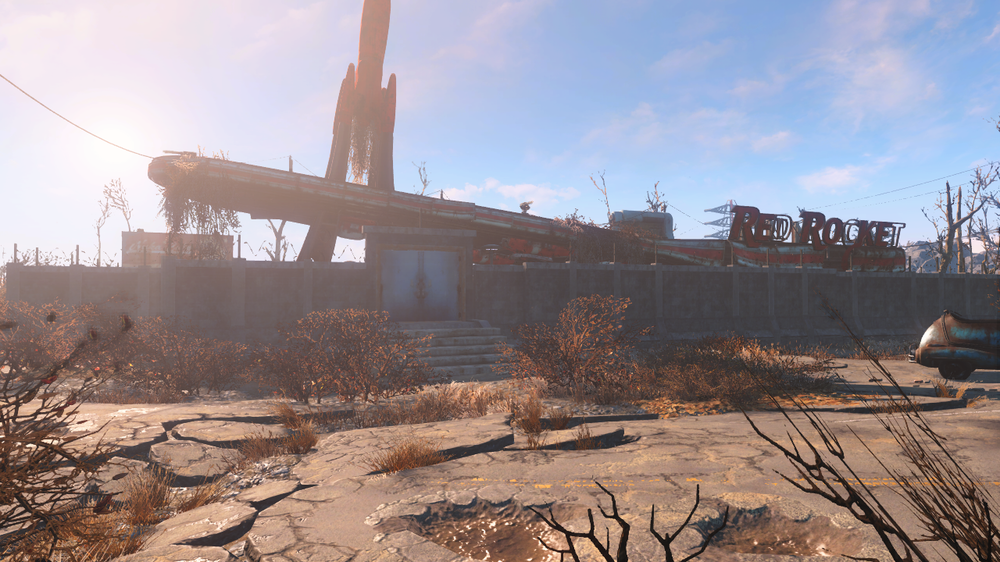 That took me two hours to do and I found creating what I call fort bumblefuck far more enjoyable and engaging than the actual game.

So here's the TL;DR version

the graphics are better than the previous games

Pretty much everything else.

The reason why Guild Wars and 40K aren't first and second is because I based it on settings I'd actually want to live in then ones I liked and you cannot honestly tell me that you wouldn't want to live in the pokemon setting where there is a very minimal chance of some nasty fucker coming to pull your spine out of your cunt in you sleep. With IX Alexandria and Lindbulm are nice cities that I would probably enjoy living in if I was magically transported there. As for Guild Wars it's mainly pre-searing Ascalon that I love.

So I read online today that there are rumours that Fekir is linked with both Arsenal and Barcelona (although this might be an old rumour) and it got me thinking about France's world cup squad and how it will probably not have Fekir in it which is actually a massive oversight due to his linkup play with Lacazette. So I decided to list my France starting lineup if I was magically in Didier Deschamps' place (Deschamps is a fucking retard btw, the domestic league has great players outside of Monaco and QSG) so here it is;

So as you can see there aren't too many shockers in there, although you could possibly replace either Varane or Umtiti with Koscielny if you needed his experience, additionally I had to go with my head for the midfielder playing next to Kanté rather than my heart since you could replace Pogba with Tolisso (if you want almost the entire spine of the team to consist of Lyon or ex-Lyon players) but it's really the attack I want to talk about, ignoring Mbappé for the time being Fekir, Griezmann and Lacazette would most likely play incredibly well with each other (Lacazette and Griezmann are mates and Fekir played with Lacazette for years) and rather than having the slow Giroud up front you'd have a fairly quick player who gets into all the correct spaces and isn't afraid to chase after the ball or drop deep to contribute to defensive work, I also think he has a better eye for goal than Giroud. As for Fekir, well, I've already said in an earlier post that I think he's better than Ozil. Mbappé is there becuase he's probably the best right winger France have access to atm and he could assist the striker in scoring goals as well as score himself.