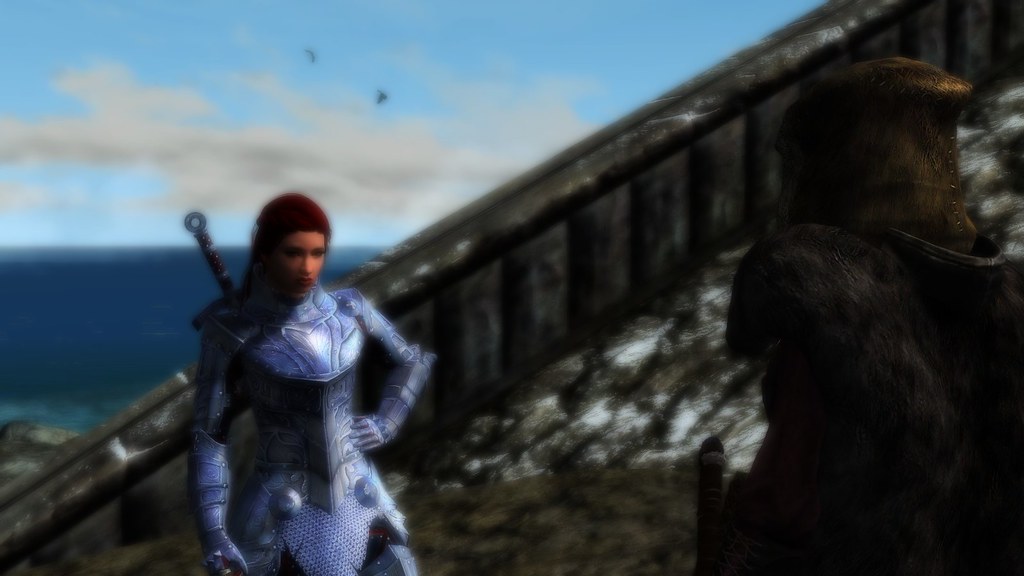 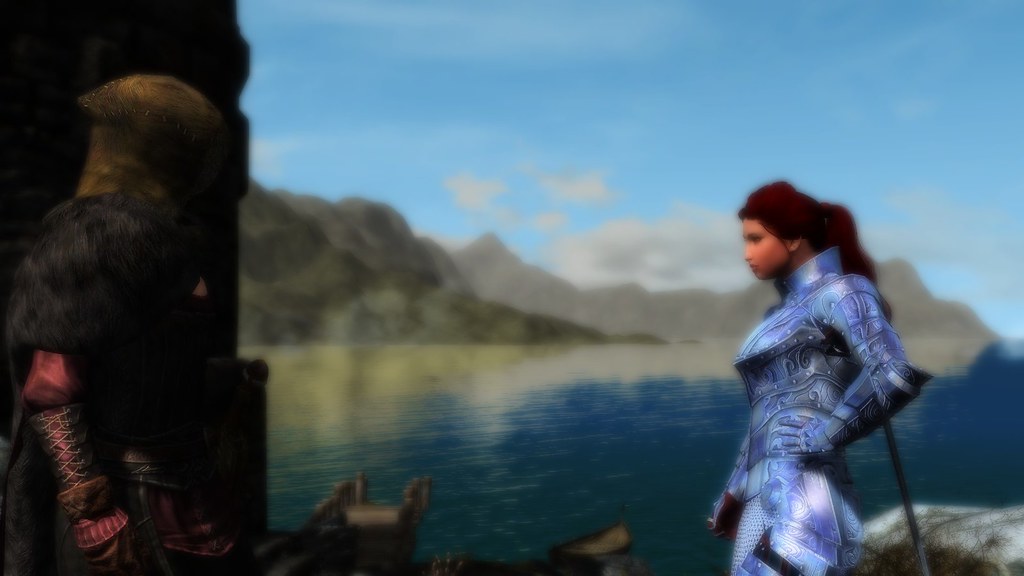 After a few days Leandra and Serana arrived at Castle Volkihar.
Are you ready to do this? Leandra asked.
I guess so. Come on we need to end this once and for all. Serana answered and went up the bridge. 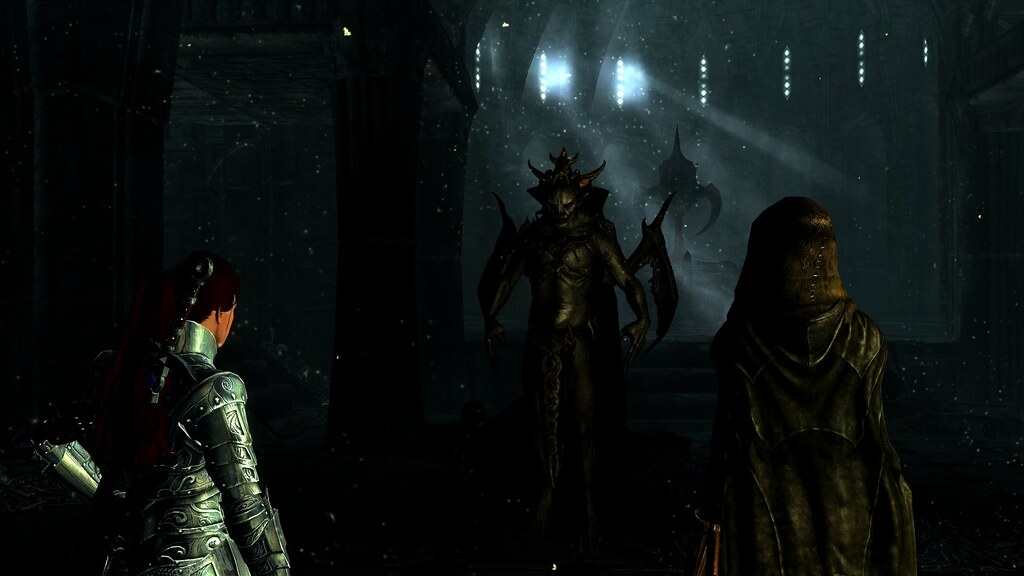 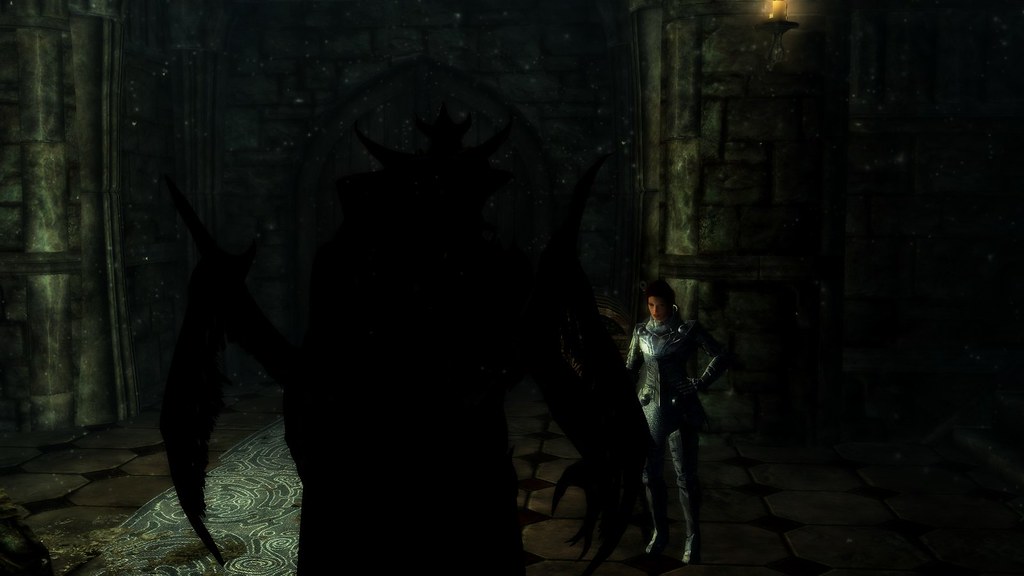 They entered the room with the altar of Molag Bal and found Harkon in his vampire lord form waiting for them.
Ah and so you return. I trust you have Auri-El's Bow. Wait! You won't give it to me, will you? You're too cowardly to use it. He greeted them.
You're damn right. We won't give it to you. Do you really think the mortals wouldn't try to get the sun back? And then our kind would die. Leandra said.
He seemed to be disappointed. Ah you were such a good whore but now you oppose me. You really think you stand a chance? A slut and my daughter. Ahahaha! He began to laugh maniacally and began to summon skeletons. 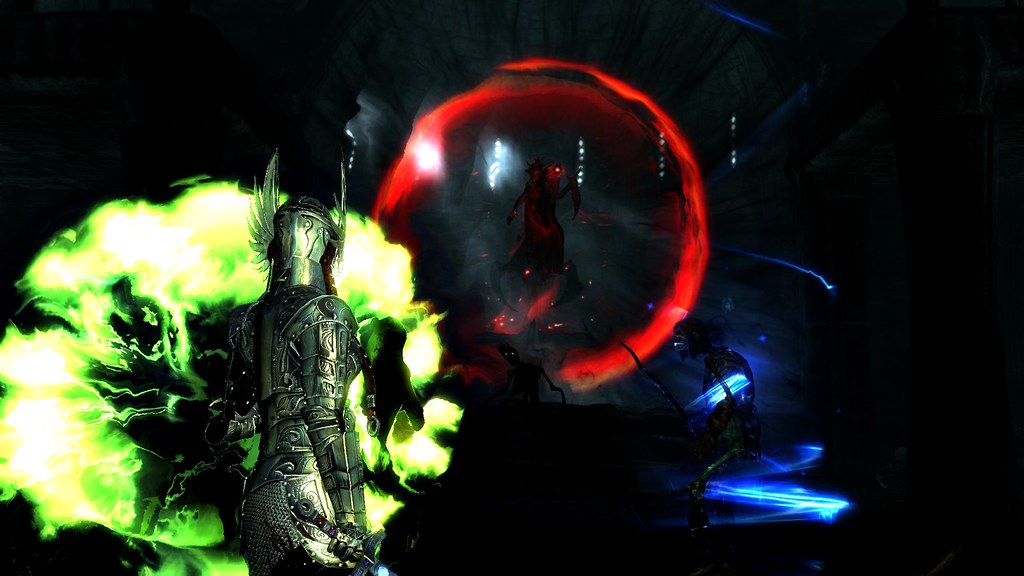 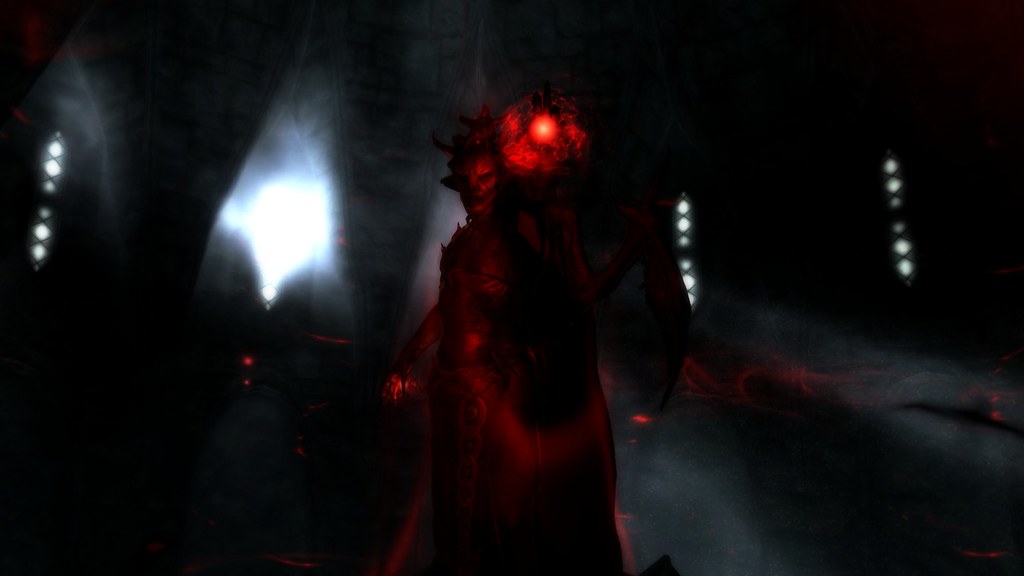 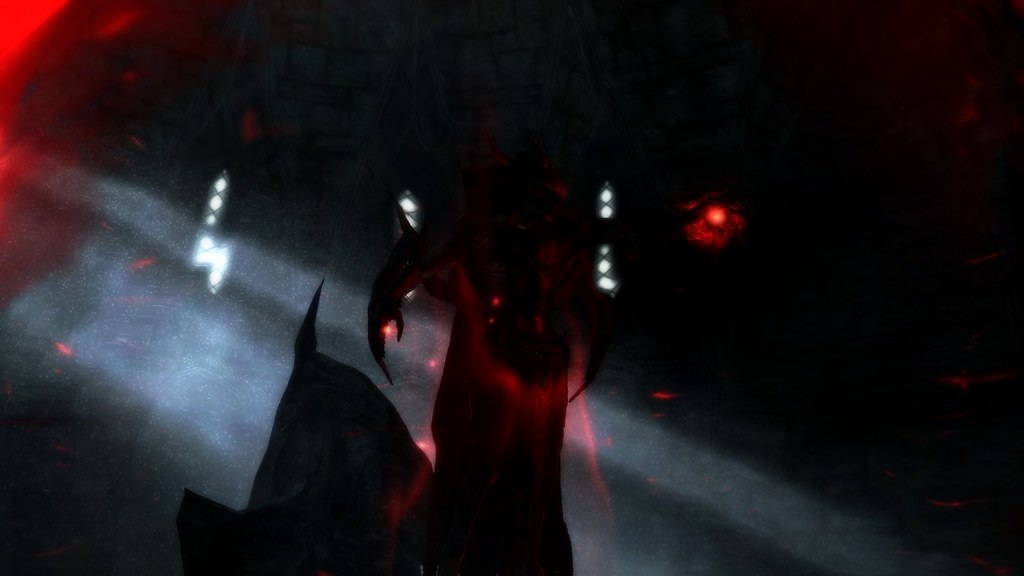 Molag Bal will protect me! He always has and he won't support such feable creatures like you! Harkon screamed as he cast a barrier of blood magic wich protected him from magical attacks. 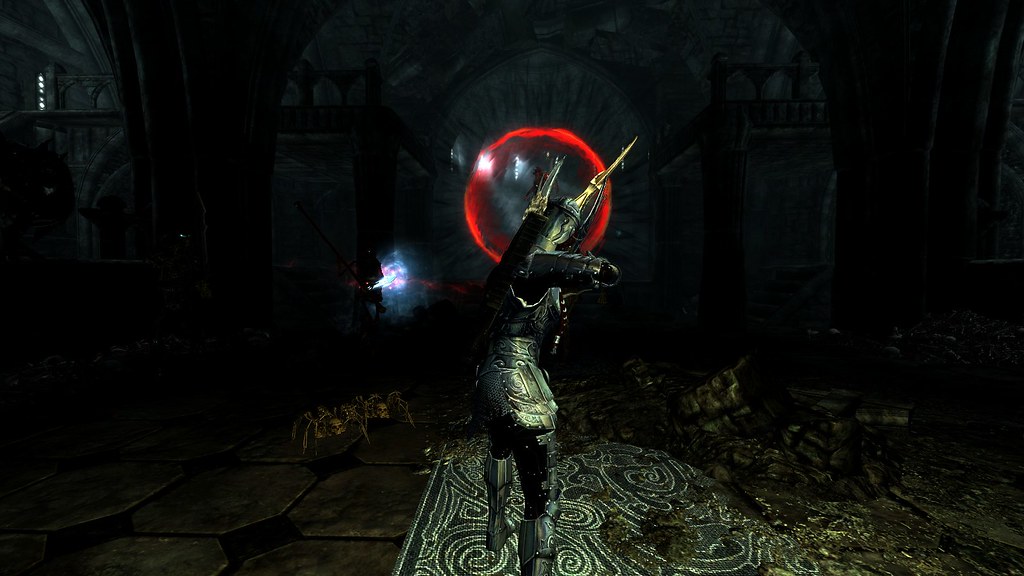 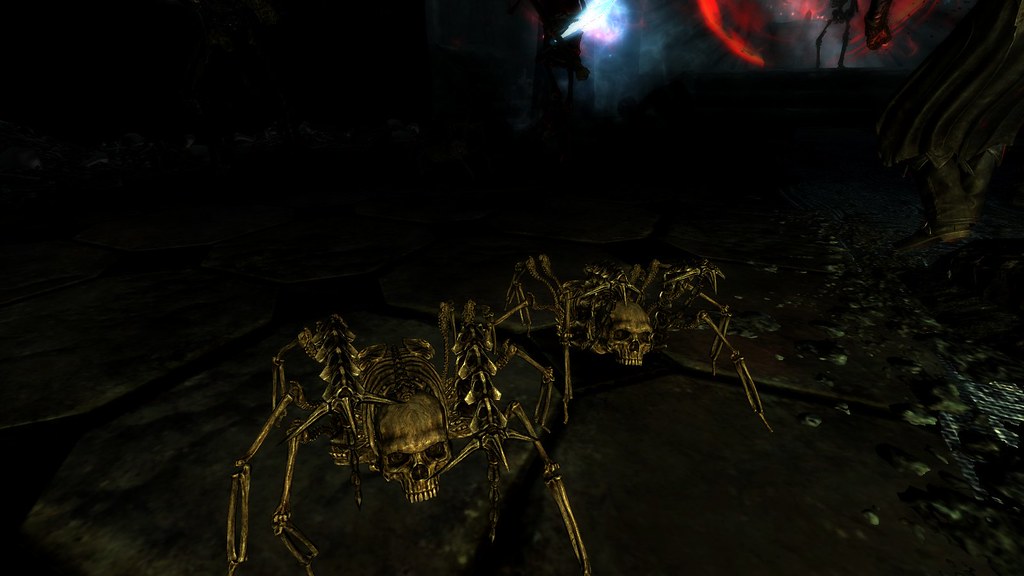 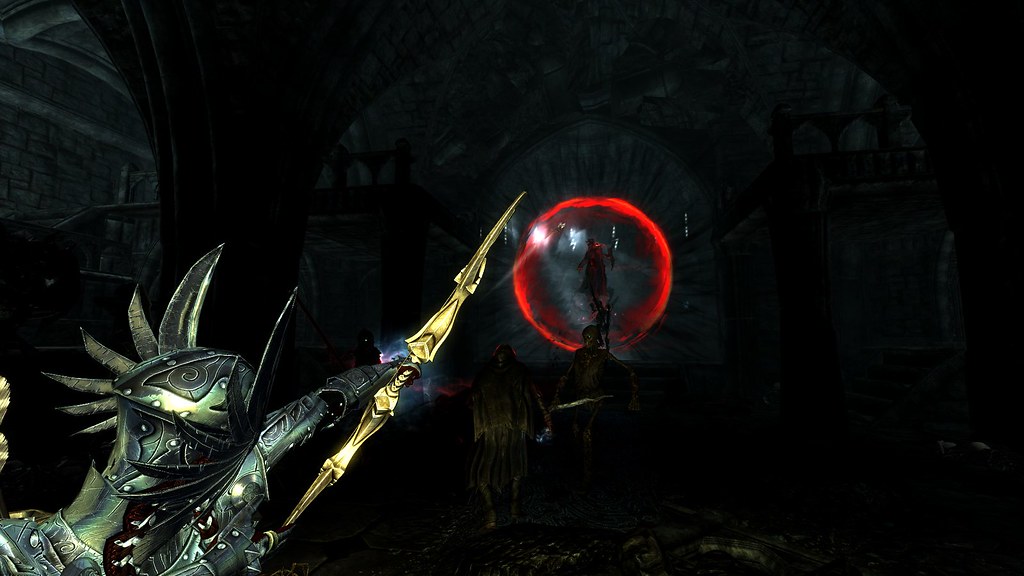 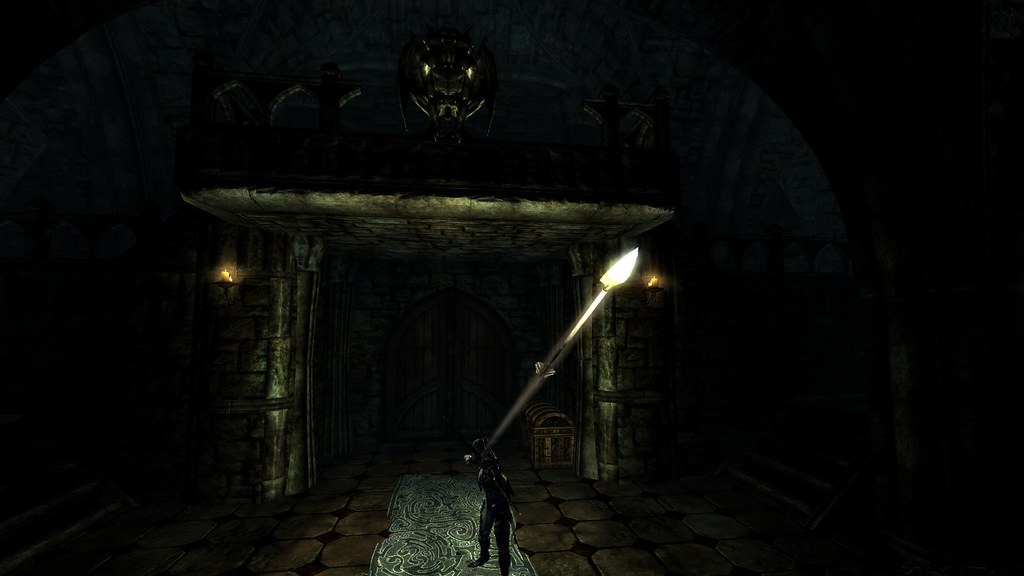 Leandra used Auri-El's Bow and the arrow flew through the air, getting brighter and brighter on its way until it hit Harkon and exploded into a holy light wich burned the flesh of the pure blodded vampire. 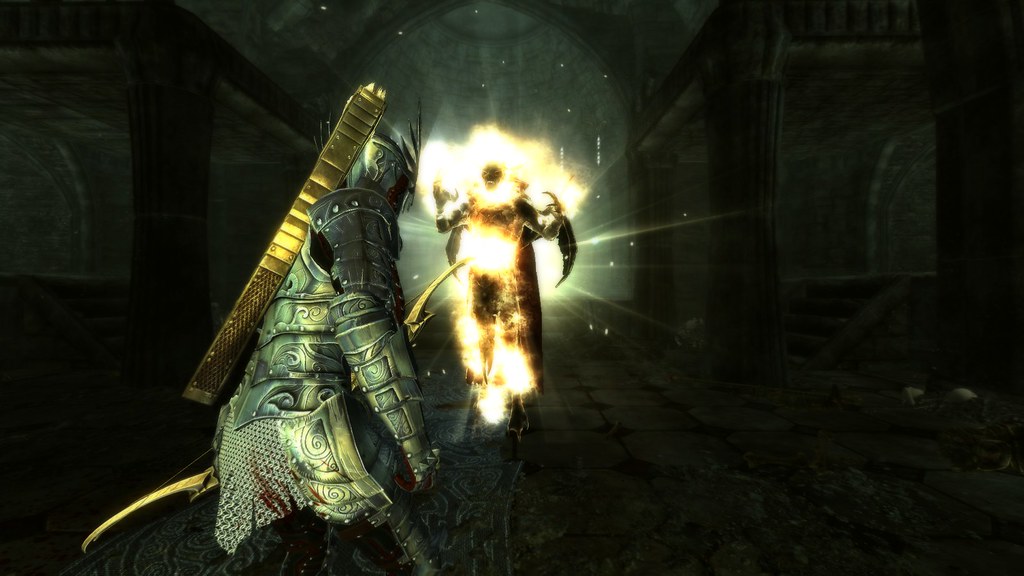 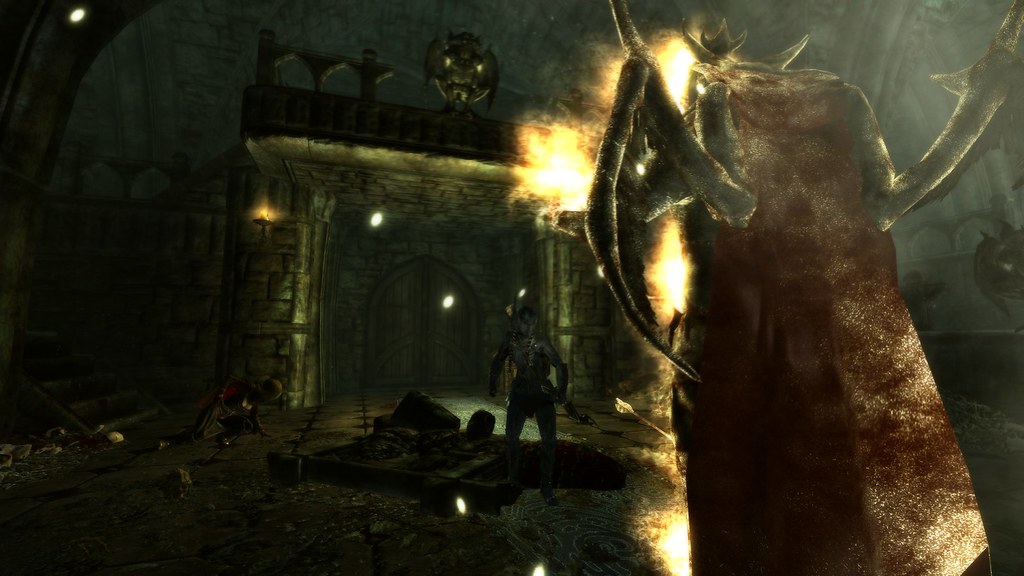 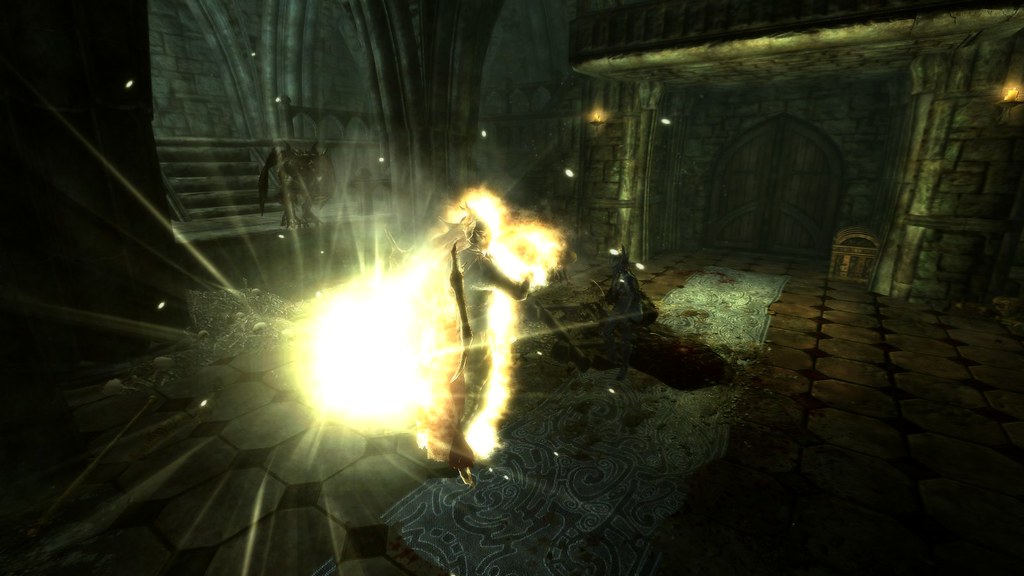 He screamed in agony and flew towards Leandra, wanting to get her in a deadly hug but she dodged him. Harkon tried to regenerate his energy but he had lost the support of Molag Bal, since he had a new champion. 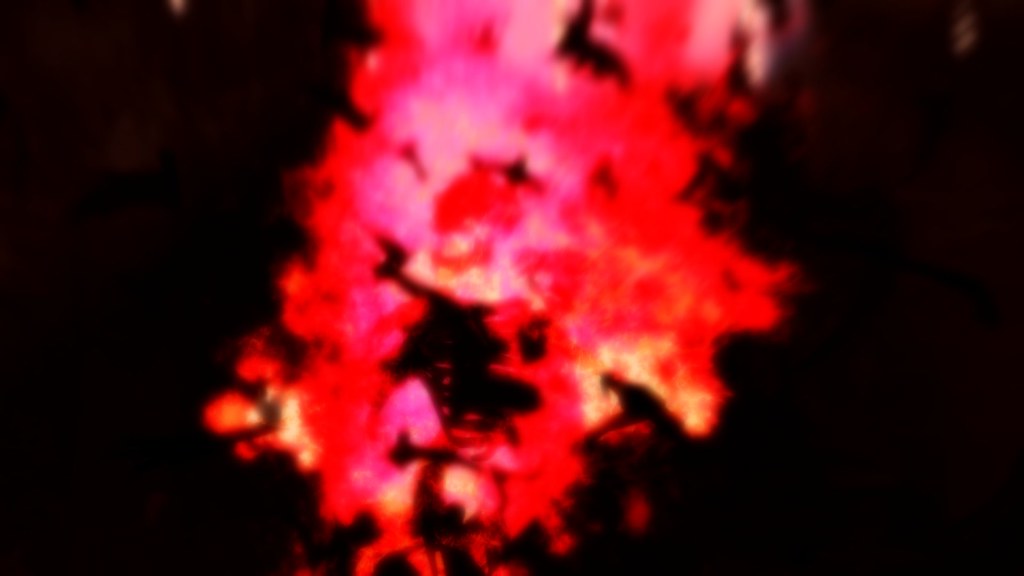 He screamed one last time and began to disintegrate until only a pile of ash was left of the once great vampire. 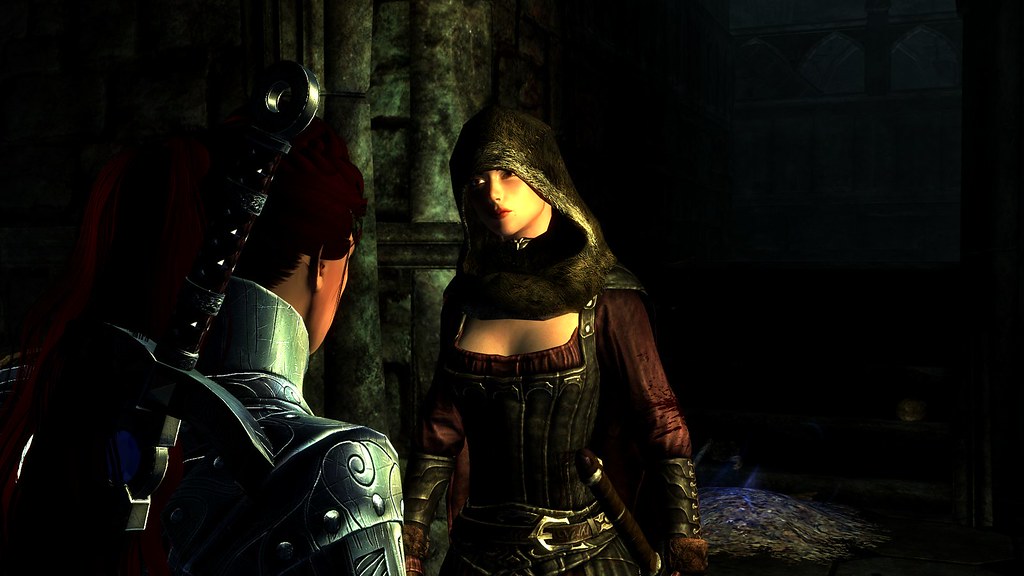 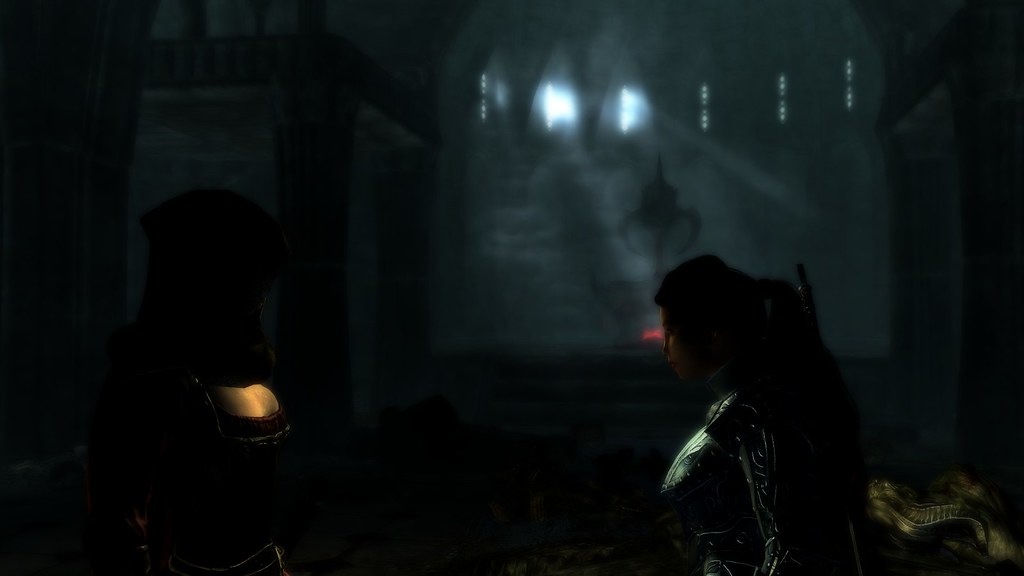 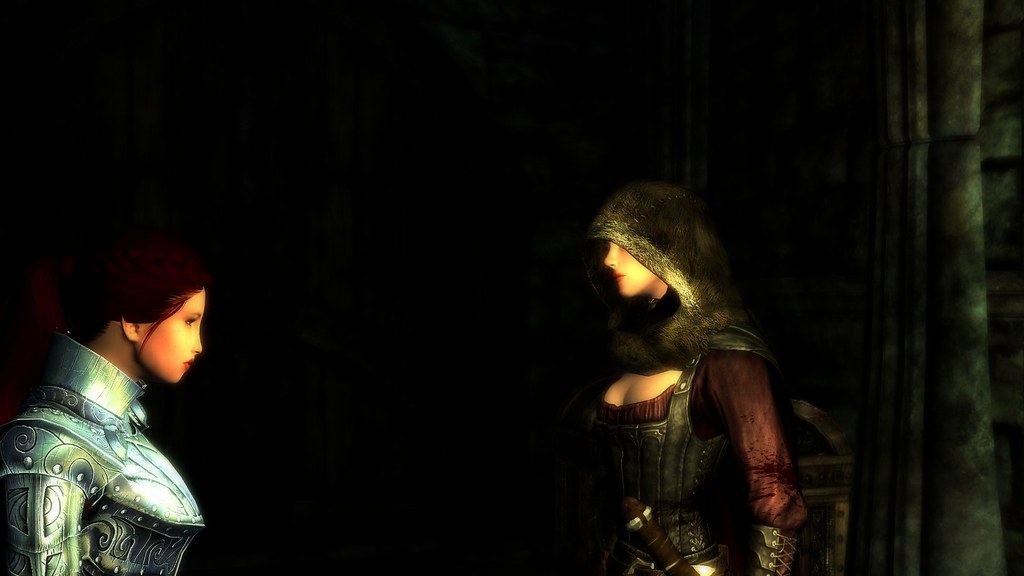 Now then. I think we released him to be honest. Leandra said to Serana.
Yes... Can we now get my mother here? I need a family member. Nothing against you of course. Serana told her, tears in her eyes.
Of course. And so they went to the Soul Cairn. 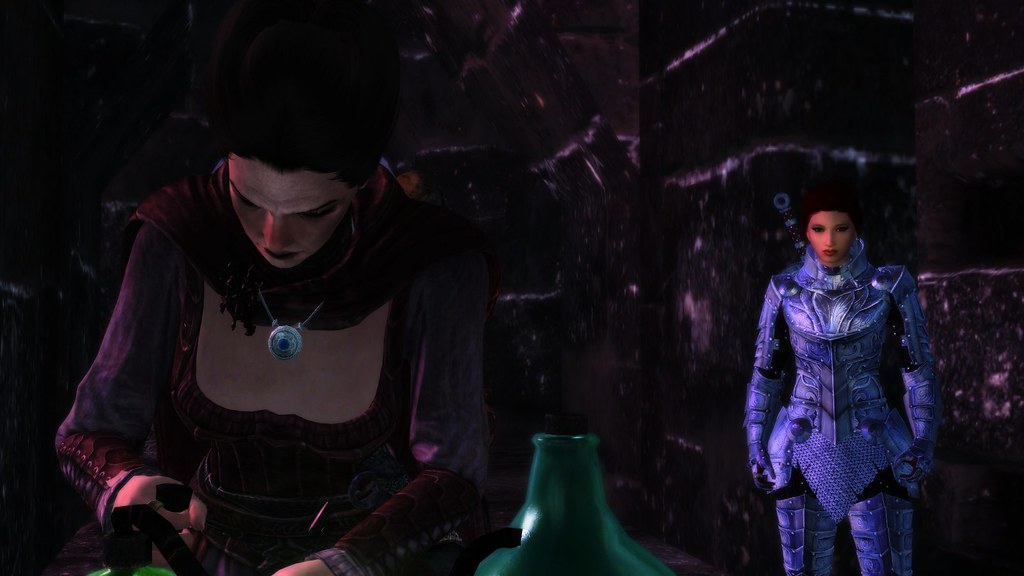 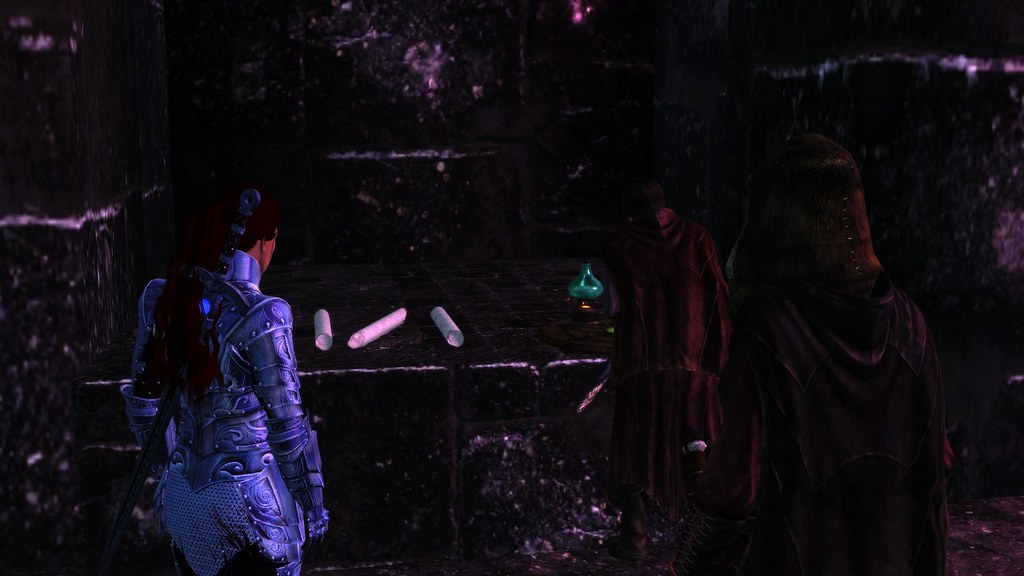 Mother? Father is dead. You can return now. Serana said to Valerica.
She slowly turned around. Really? I never thought I would be happy to hear that my husband is dead but now I am. Wait a moment I'll gather my things and follow you. She said. 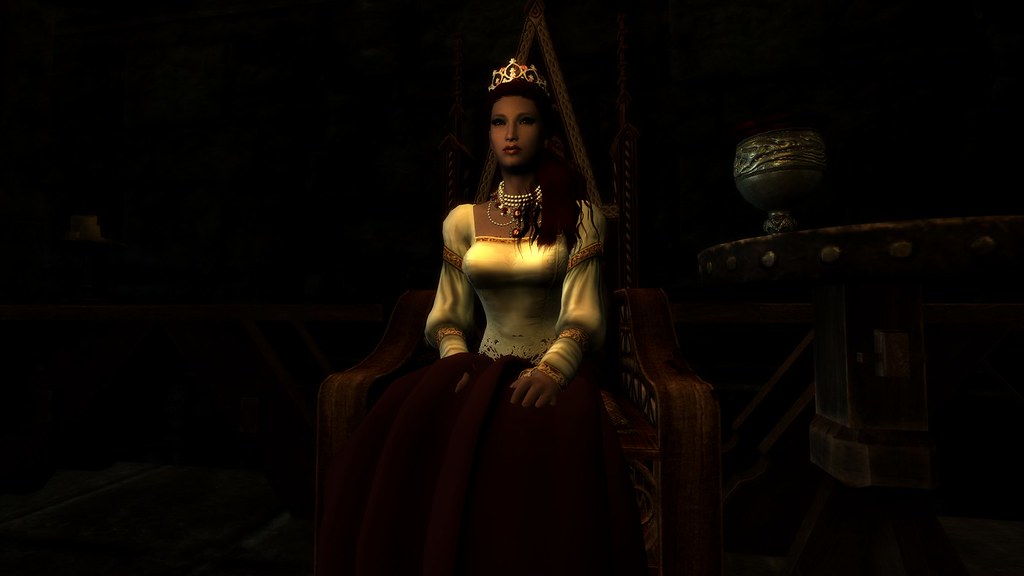 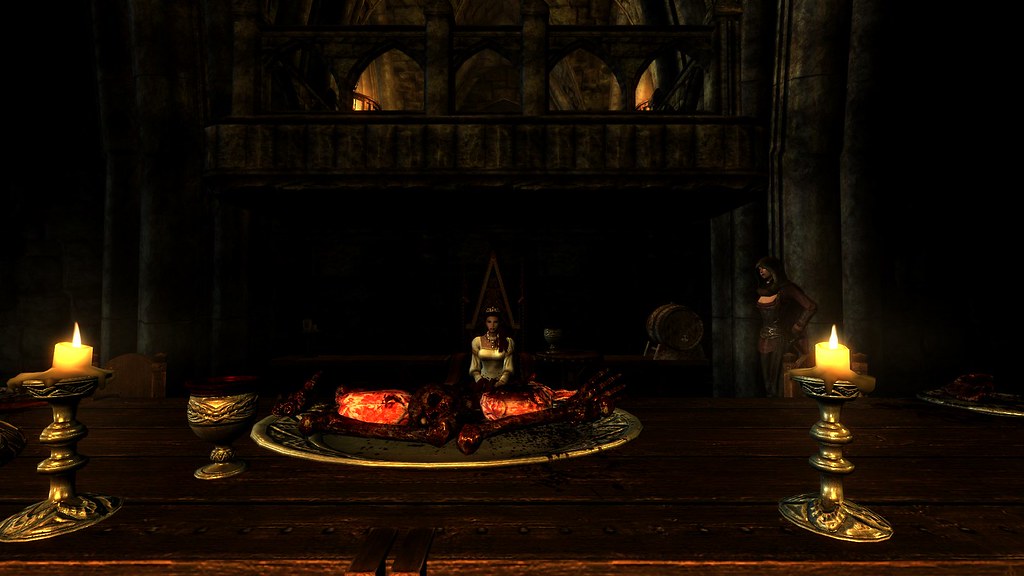 And so Leandra, the Dragonborn, is now the leader of one of the most powerful and dangerous vampire clans in all of Tamriel, but also a slave to the leader of the Dawnguard.

And with this entry, the chapter of the Dawnguard ends. I hope you enjoyed all the different chapters of this story. In the near future I'll post a biography of Leandra, so you'll understand her actions better.