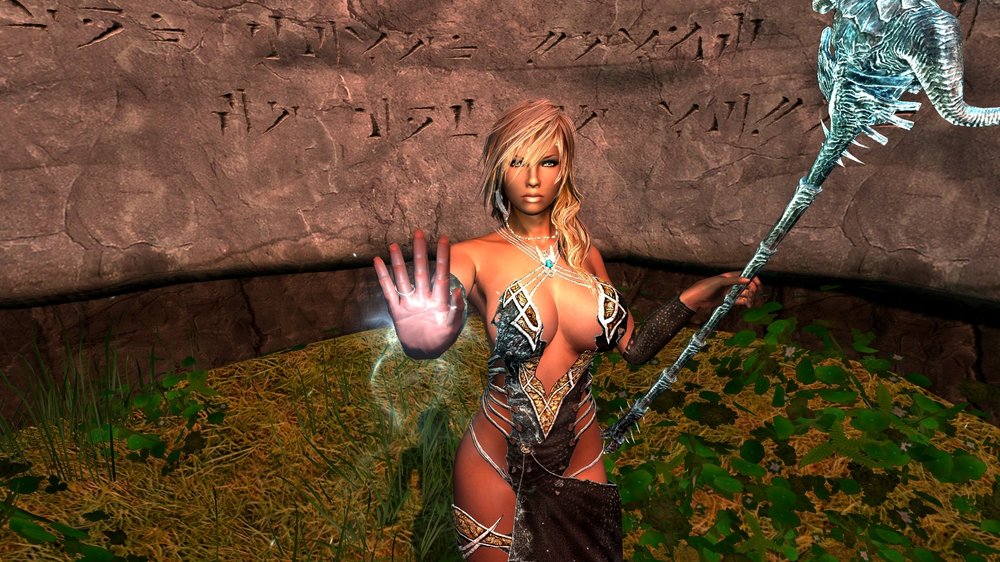 Sorry for the lack of updates, my mate managed to persuade me into getting Destiny so I've been playing that (A LOT) so have a pair of shots of Storm in the Cassandra Frost Witch armour. I had to re-restart her again due to fucking bugs and will continue her story once I have some time (again Destiny) so it might take a while.

Also I've mentioned before that I want to turn Storm into a companion. I've had no luck on my end, I found a guide and got as far as making the .npc files but after that my CK won't let me load multiple master files (and before you mention it I've done everything I could to get it to work, but the CK is a fucking bug filled mess, even worse then the game is) so I'll be uploading the .npc files here for anyone who wants to have a crack at it.