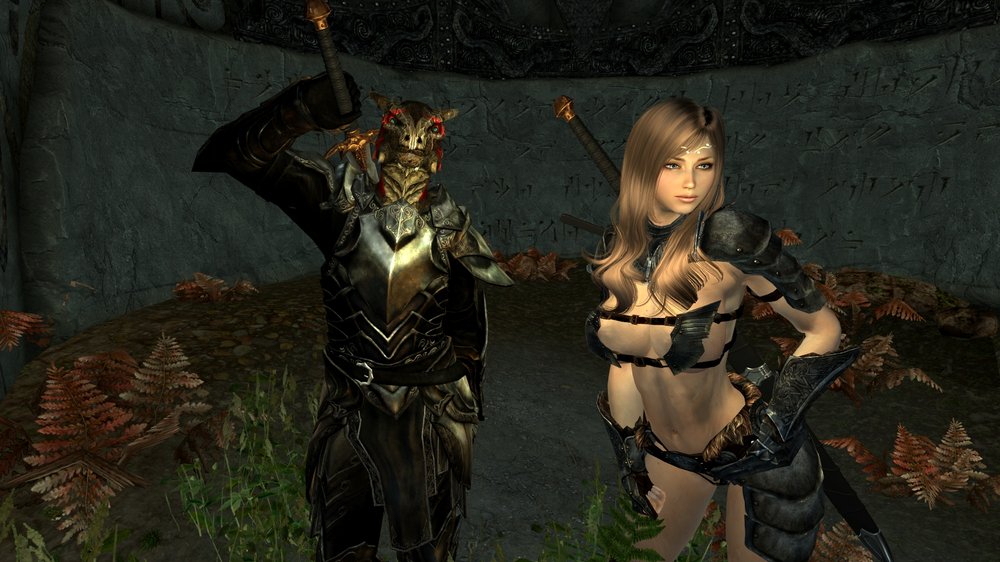 Just a blog thing explaining various things about Storm, Dak-Ir (my Skyrim Argonian, introduced here; http://www.loverslab.com/blog/76/entry-2272-tania-new-character/) and Cris because fuck it why not.

First up Storm's equipment; since she can't use her magic as much as she would like (on account of the curse attached to her immortality) she's had to learn how to use various martial weapons (with a preference for swords) to make up for what she perceives as her primary weakness (how can you be a mage without magic?) additionally she carries a crossbow to make up for her weakness at range (can't aim magic properly when your more powerful spells have you practically cumming whenever you use them) in addition to these she also has a pair of daggers for stealth. So yeah those are Storm's tools outside of magic, she used to have a bow but I scrapped that idea in favour of a crossbow leave the bows for more traditionalist characters.

As for Cris, well it's nothing backstory related I just changed her to the sevenbase bombshell body type, this means all her old armours are now useless so I've given her new ones. I originally just wanted to see what she'd look like with that particular body type and I ended up really liking how she looked.

As for Dak-Ir, well I felt like expanding on his combat doctrines so to speak. He refuses to use enchanted weapons (although he does use enchanted armour) due to his code of honour (the same code that resulted in him not becoming an assassin like his father, Teneicha) however he doesn't begrudge his companions using them, speaking of companions he only has one; Jordis the Shield Maiden purely because none of the others manage to keep up with him on the battlefield.

So yeah basically a post full of my ramblings, with that out the way have some more images to enjoy;