She's more simple than Jynx, but i like her just as much

, she really does not have a name, she just goes by "Dusty"

She comes with custom outfit, modifed head and weapon! (however the weapon does not shows up in-game so i'll leave that out for now).

Im also using a new set of body sliders, i do hope you like it as well!

Dusty is part of a merchant ship crew, in charge of hauling goods in and out of the ship, spending most of her time in hammerfell, thus her light (and skimpy) outfit!

Here are some screenshots of her, i hope you like her! 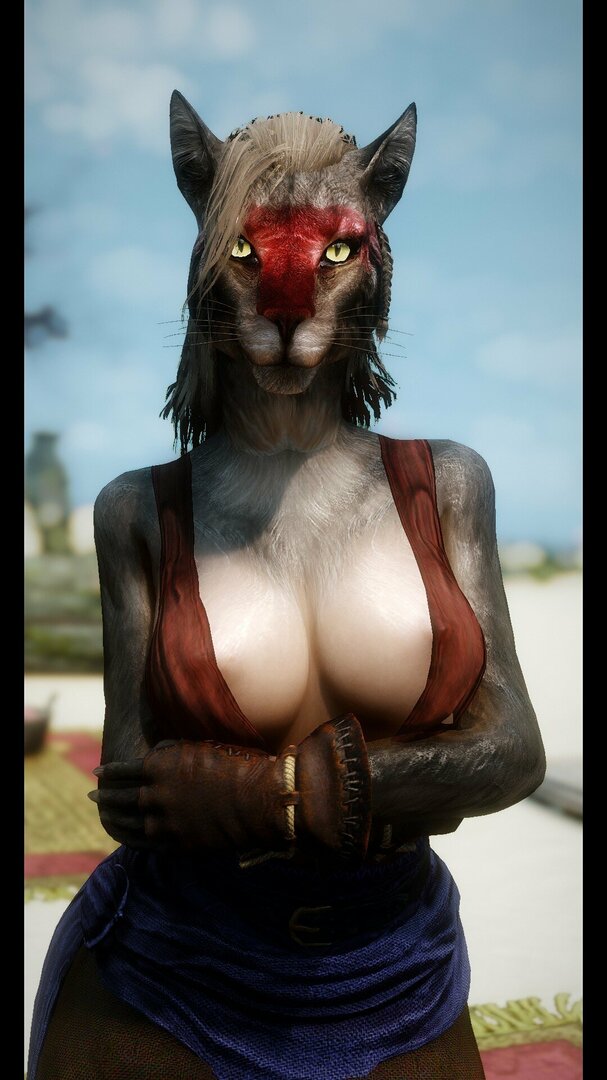 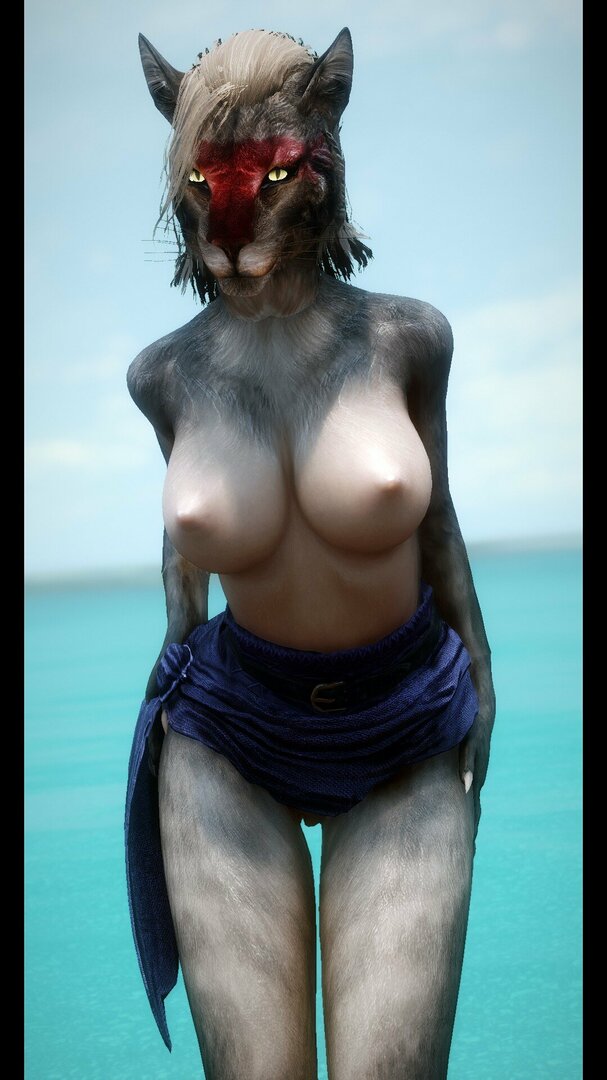 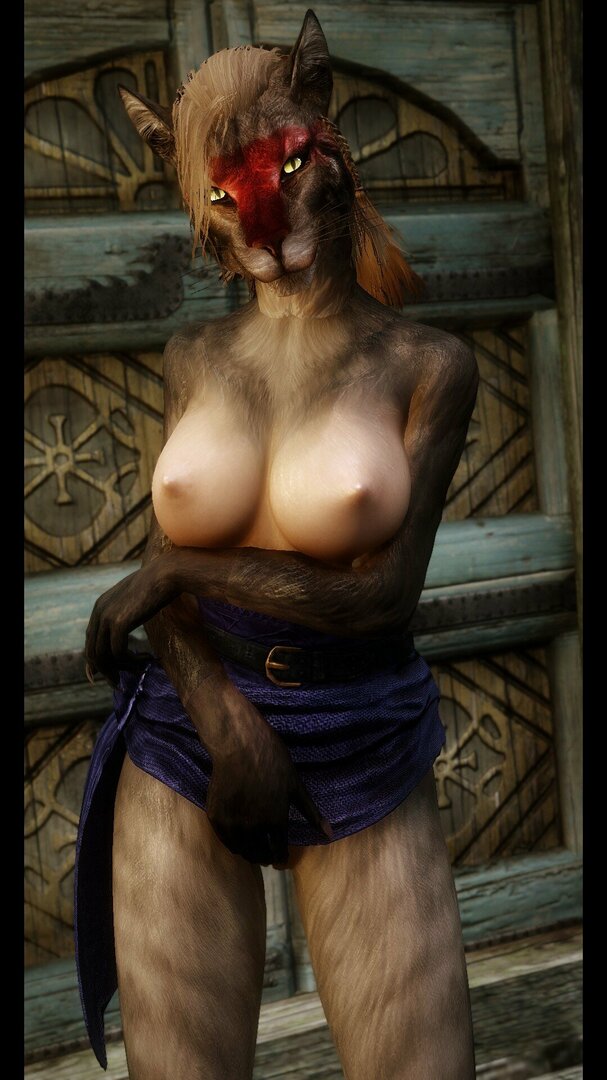 Simple Flat shoes, wearing some thick fingerless leather gloves, some baggy pants, a very skimpy shirt, with a belt and scarf to keep it all in place :). 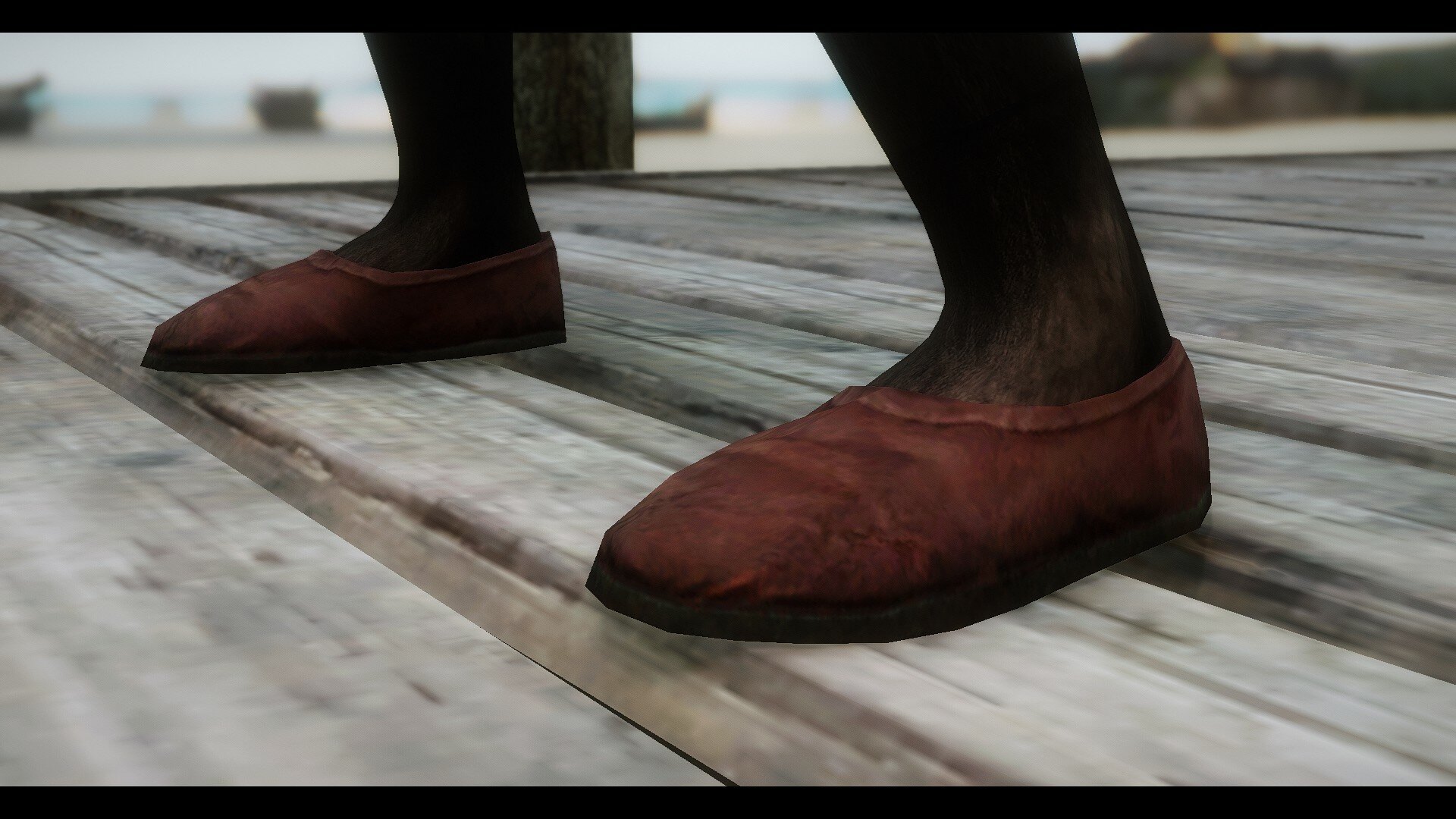 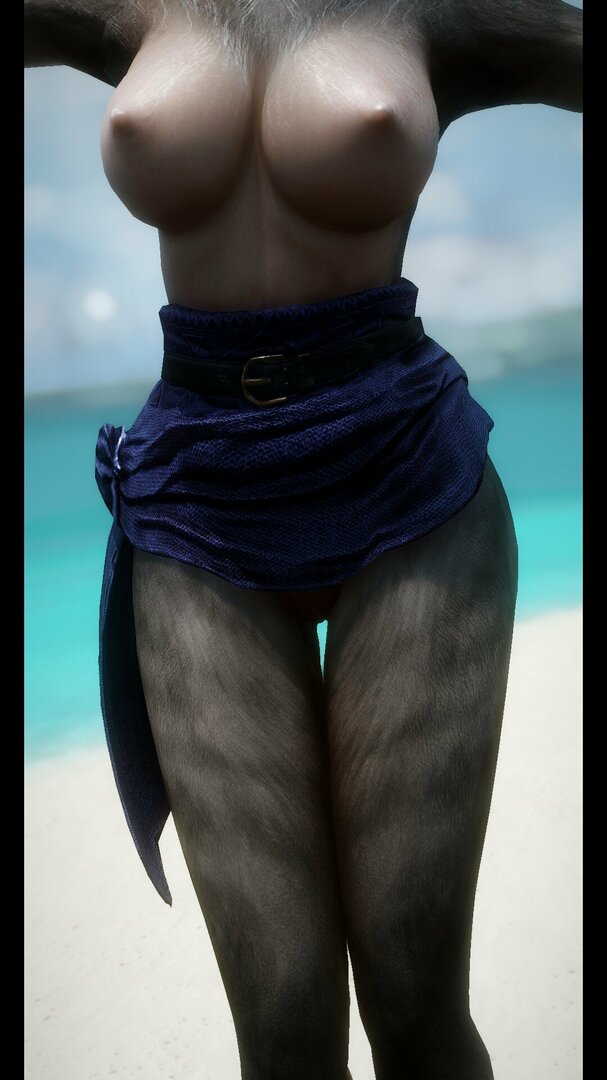 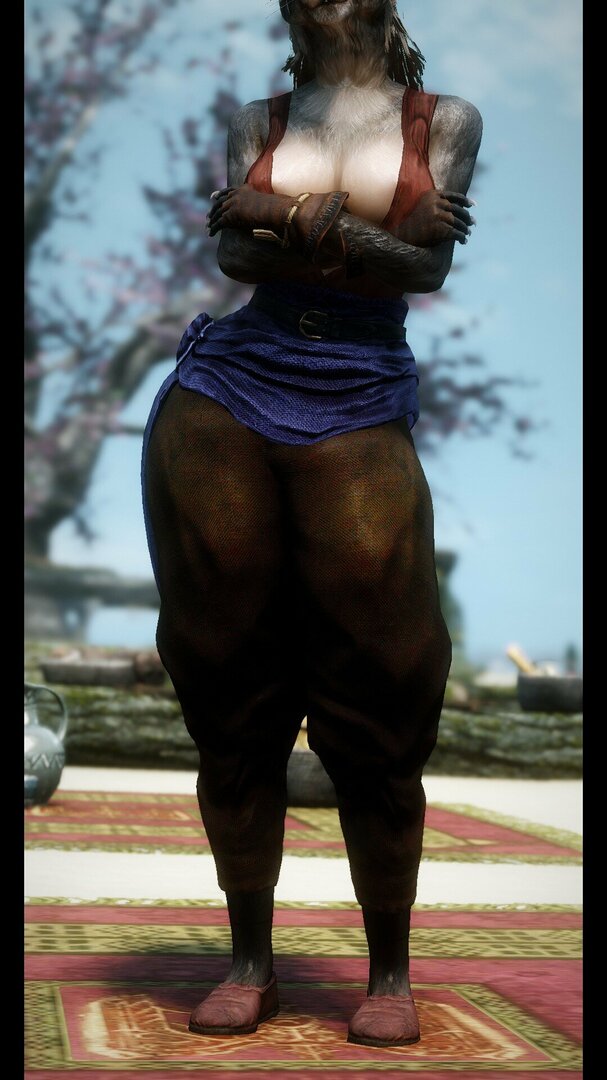 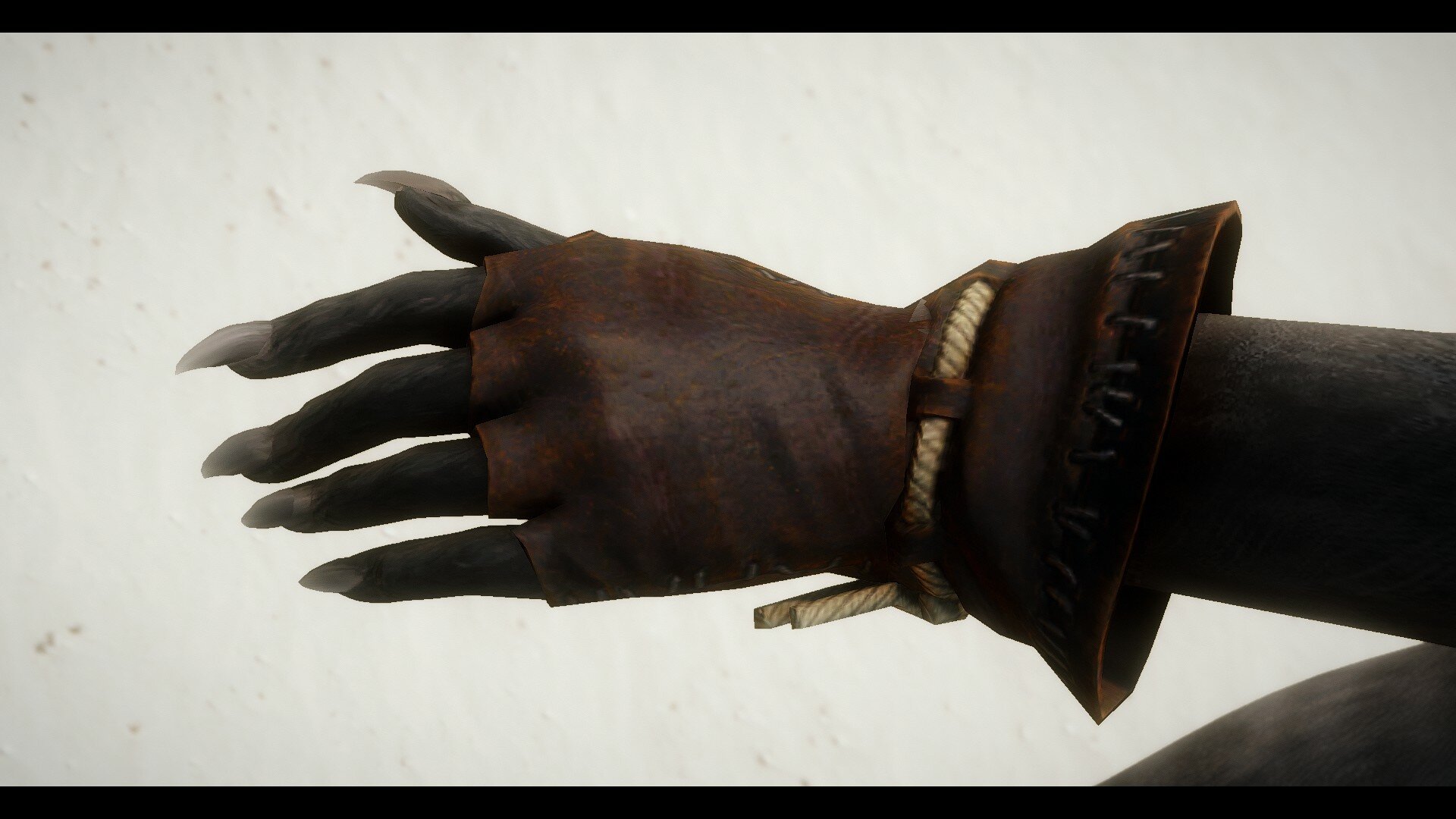 How about something more spicy >:)? 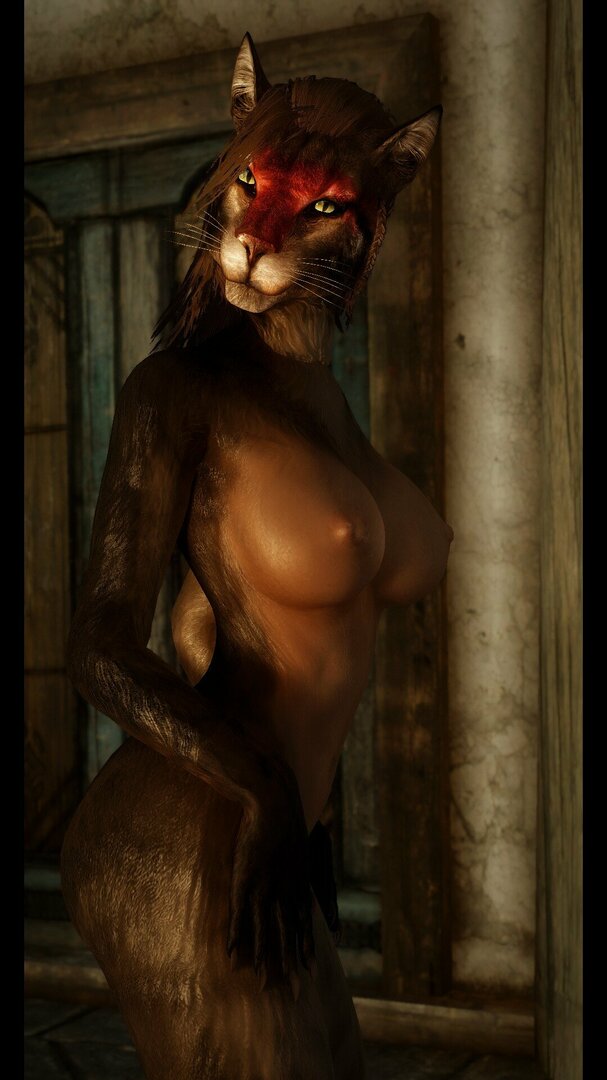 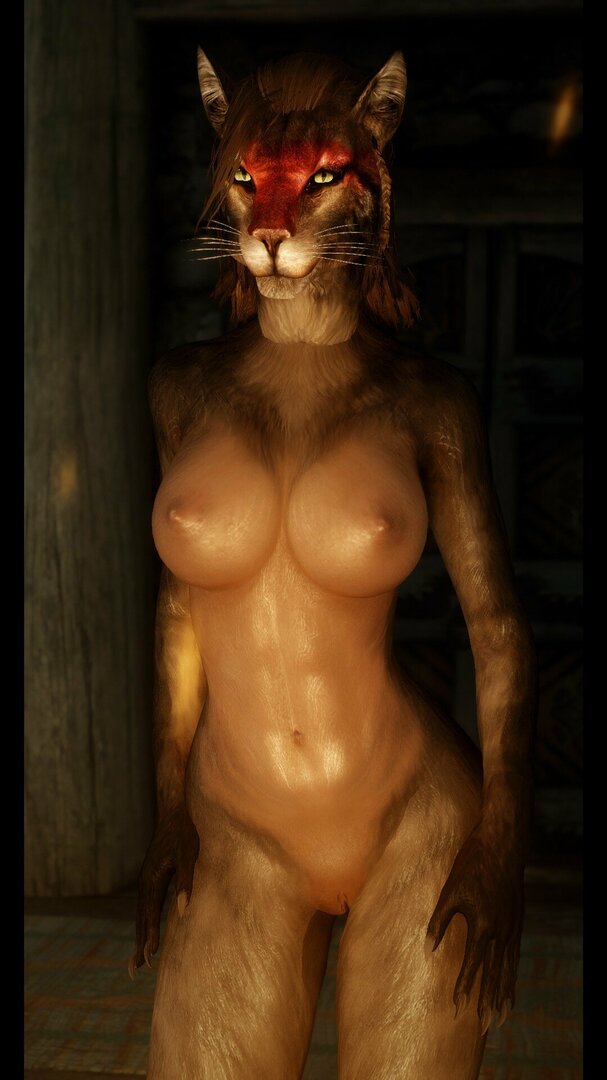 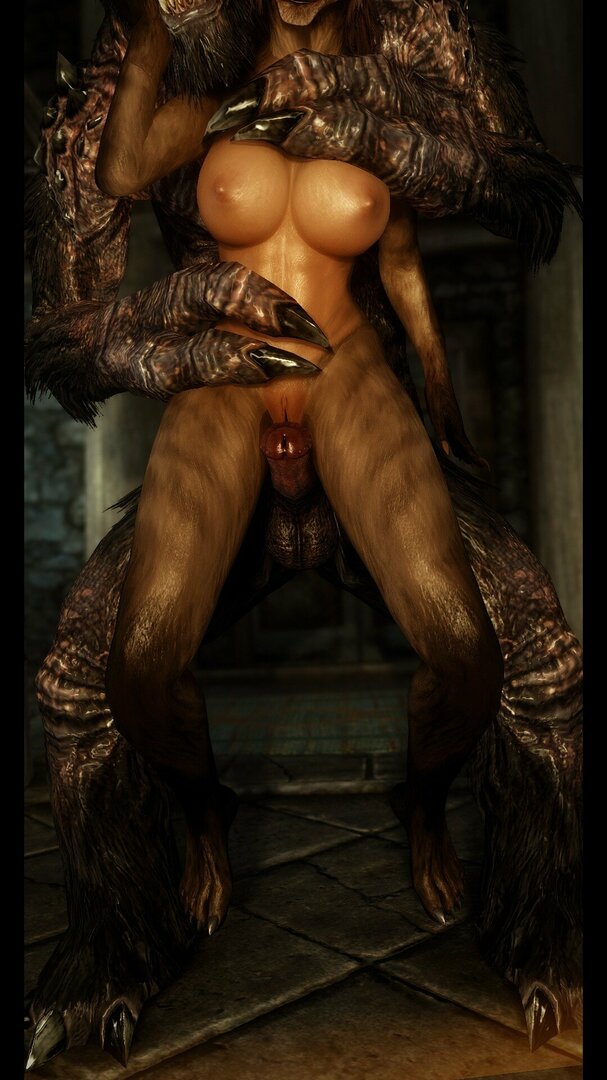 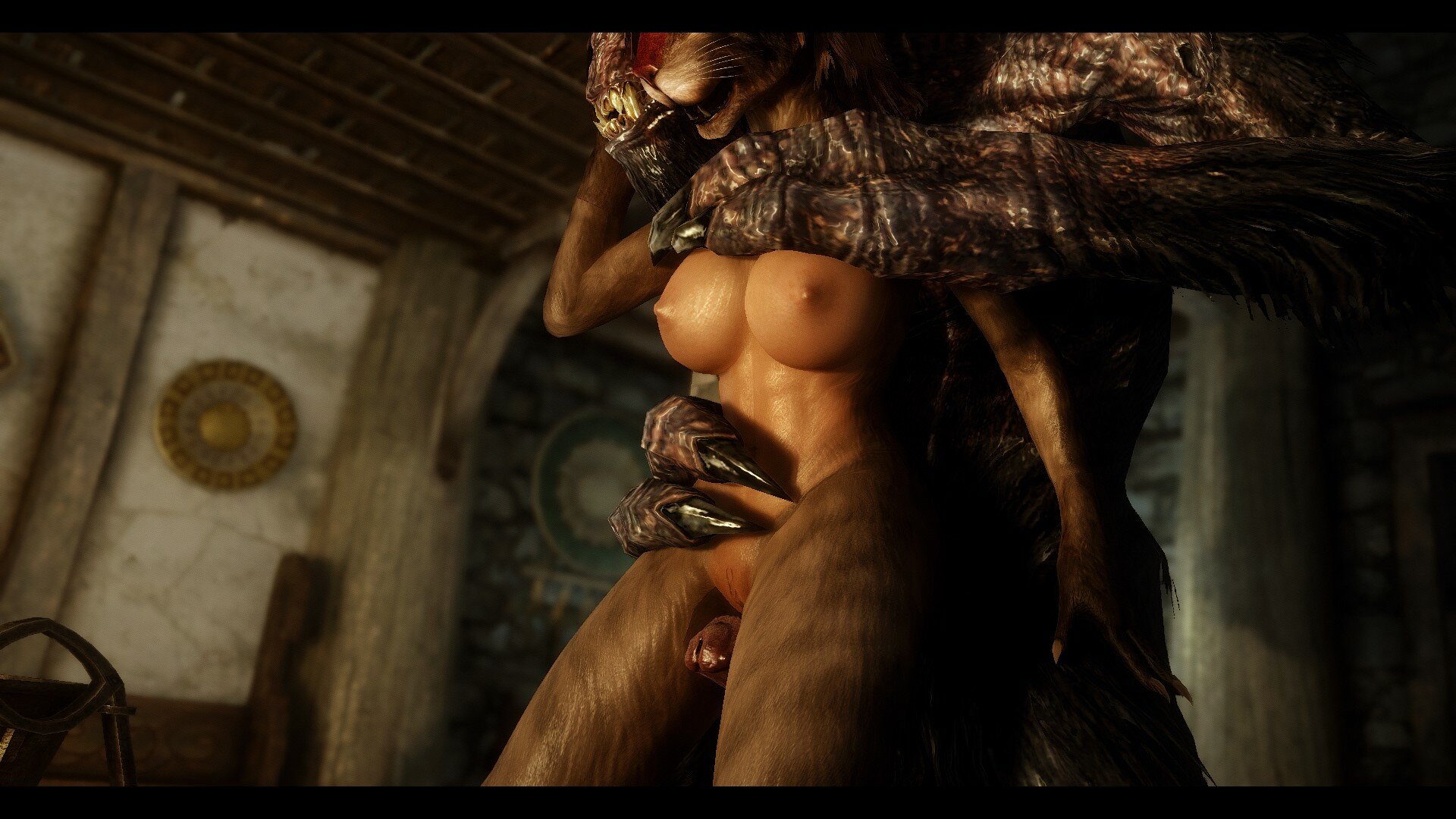 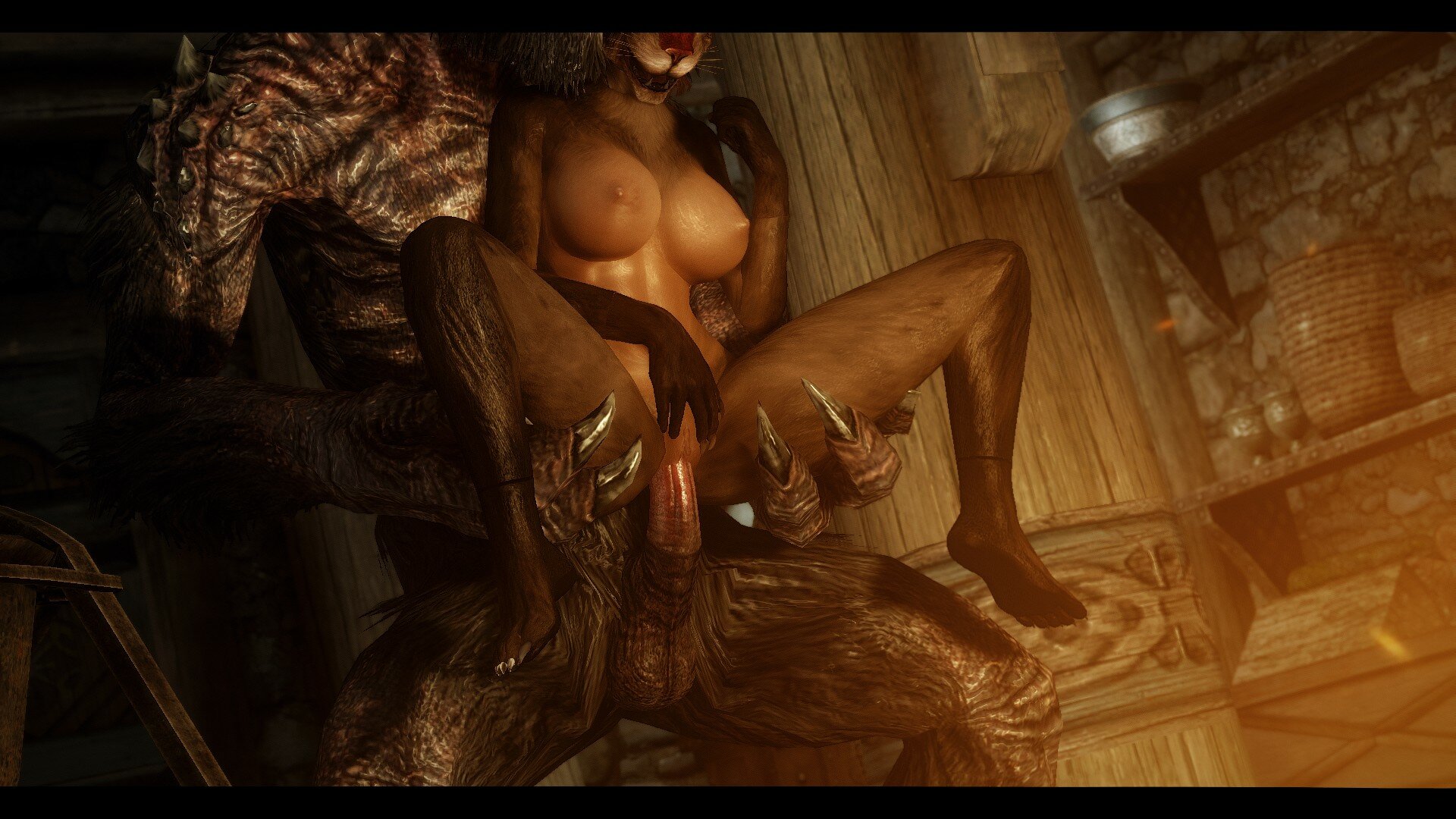 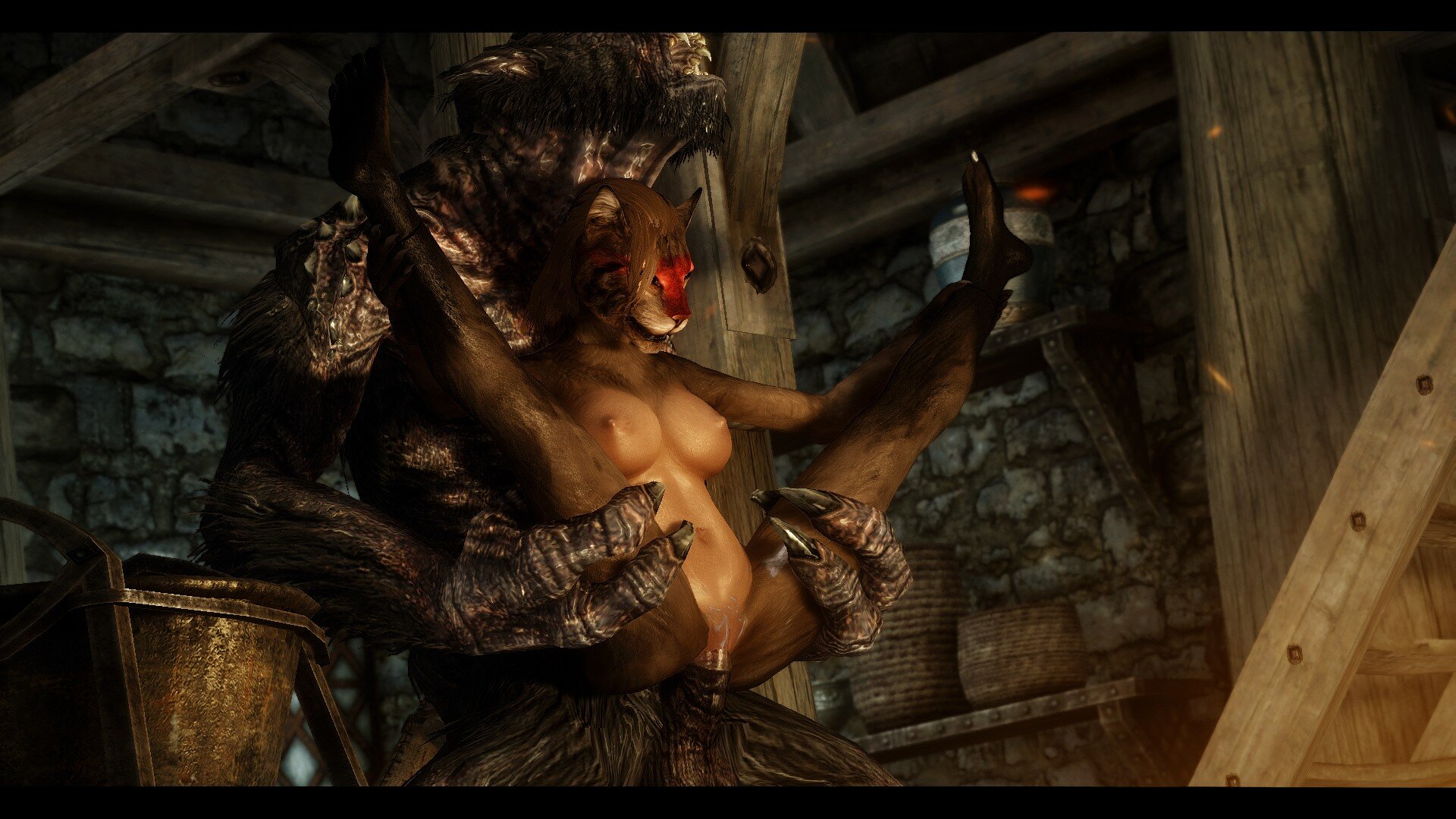 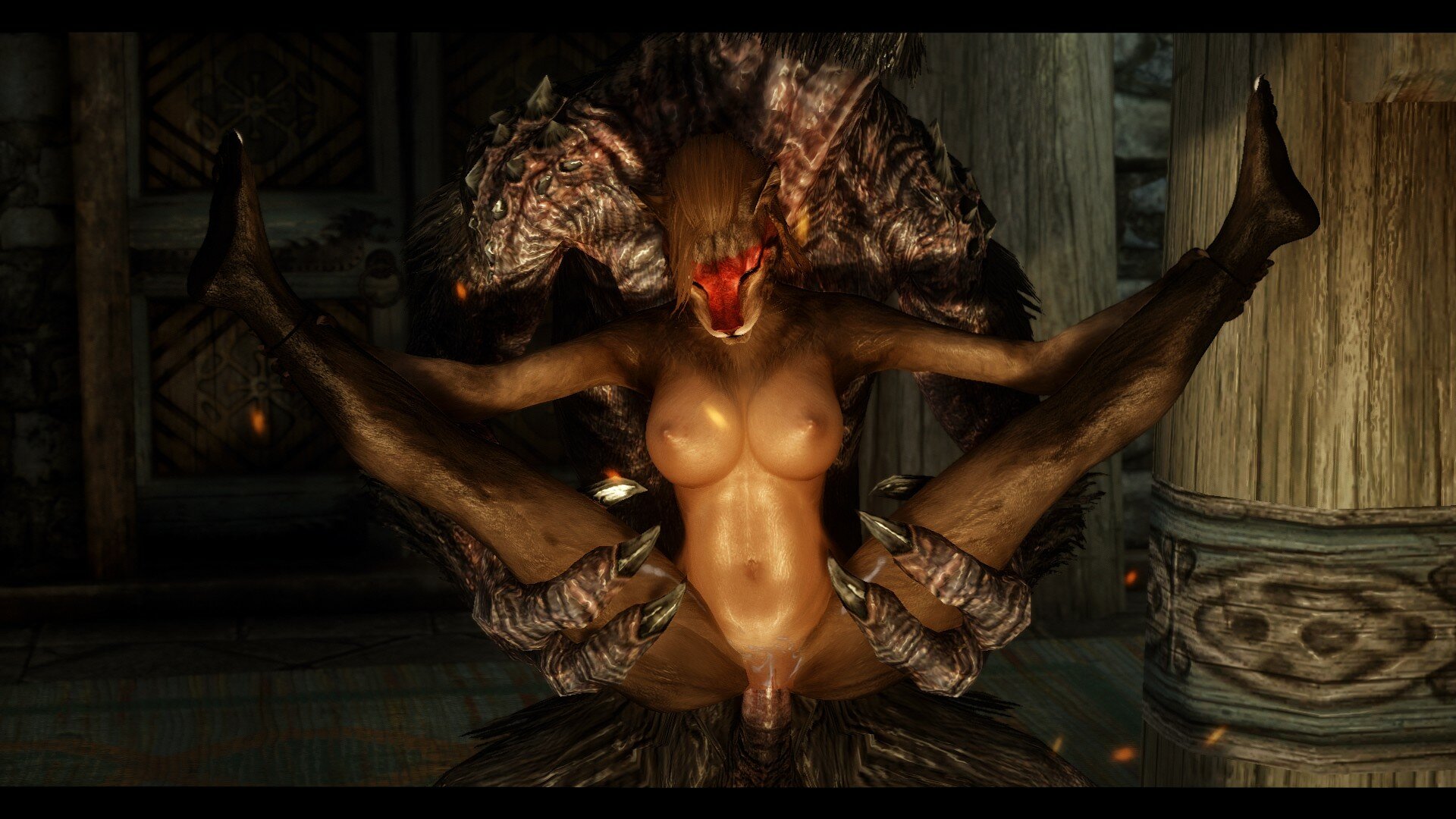 the meshes belong to the "BD UUNP Dawnguard armor and clothes" and "BD UUNP Armor and clothes replacer" both made by the talented baddog1978, go and check his mods out :)!

Most of the textures were edited by me