This is an old challenge I did from May of 2020. I did not get to complete it because my computer crashed and I lost my save files but the story was entertaining so I wanted to share it anyway. There are 58 days so there is still plenty to read. Enjoy! 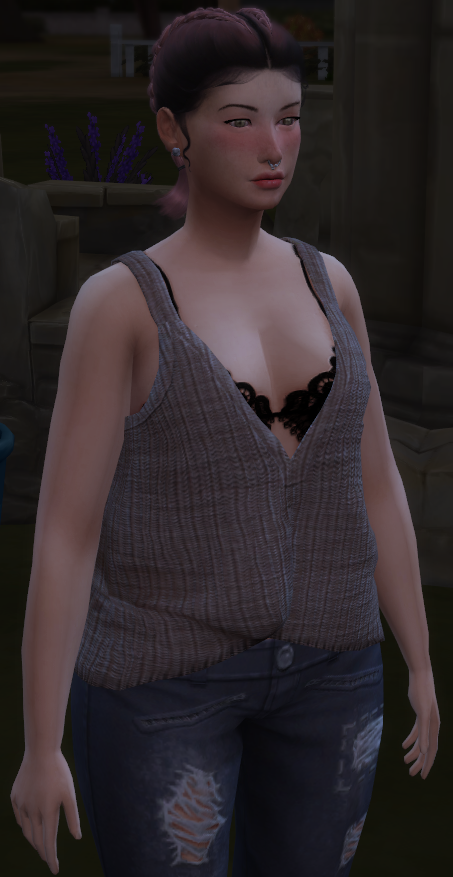 Meet Abbey Ward. Abbey is 18 and homeless. There are a lot of things that brought her to where she is today but she doesn’t like to talk about them, let alone think about them. Abbey decided to steal some money from her mom and move to Willow Creek. The little bit of money she got was enough for the bus ticket, a tent, and a cooler. After all of that she had $50 to her name. She finds a pretty nice park and decides to set up camp. Hopefully, no one gets angry and calls the cops. She does not want a record nor does she want any of her family to know that she is here. She just wants a new life and a better one at that. Abbey’s personality has been developed over her life, she is clumsy, gloomy, and a kleptomaniac. She only steals when she must though. This isn’t the way she wanted to be, it’s just the way she has turned out. Abbey discovered that she is an ISFJ on the Myers Briggs scale which means that she is a nurturer. Being an ISFJ means that she is a dedicated and warm protector. She enjoys cooking, gardening, painting, crafts, picnics, nature walks, and watching movies. She is often found supporting loved ones in their interests and activities. All of which was truer for Abbey before shit went down at home. Maybe one day she can get back to that.

Down to only $50 in her wallet and desperate, Abbey attempts to steal money from Hugo Villareal, a teen, but instead got into a fight, lost money, and became despised by him. This is not the way that Abbey planned to start her first day here. Maybe a softer approach would work next time. 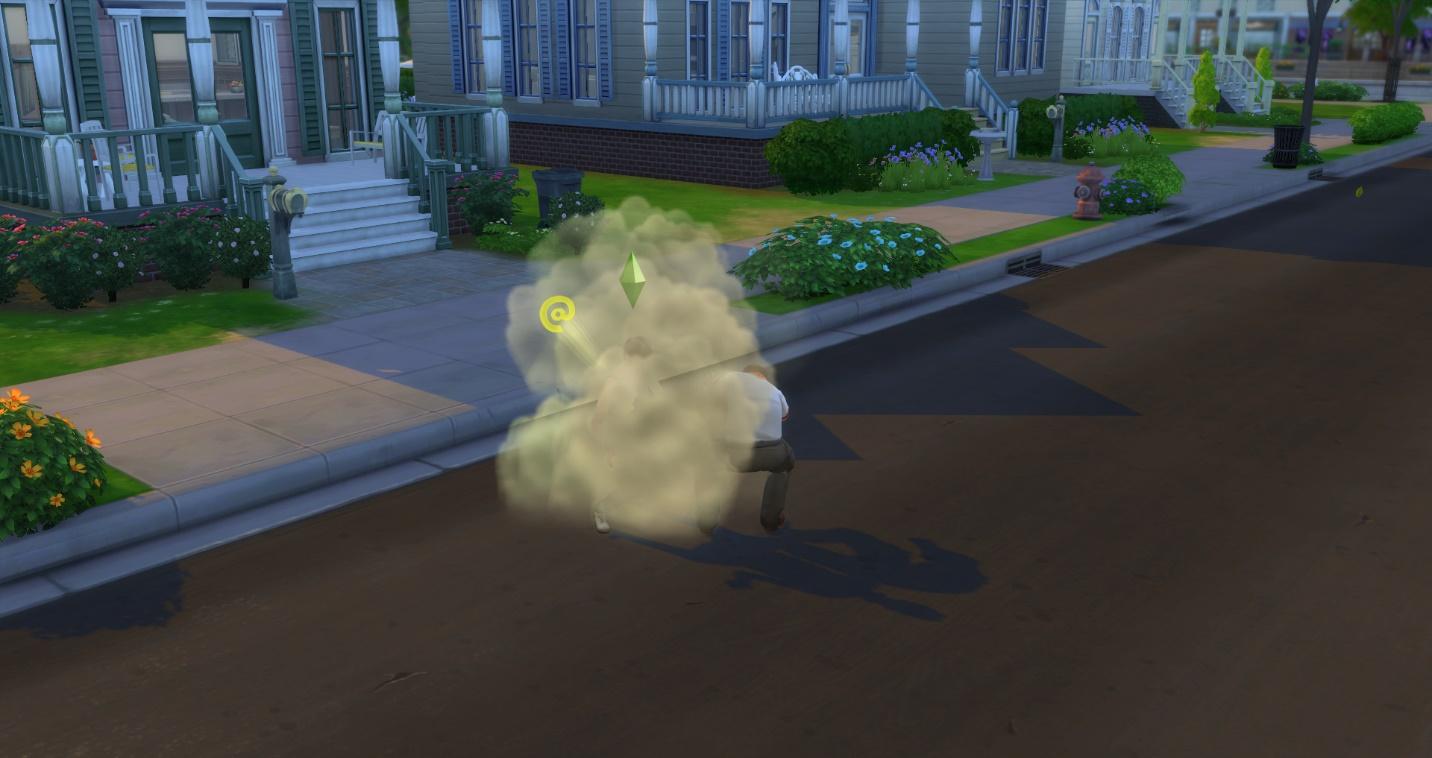 The Bjergsen’s and Pancakes’ welcomed Abbey to the neighborhood although it seemed reluctant since they all had negative relationship with her except for Bjorn.

After hearing about becoming a rose from someone on the bus, Abbey takes a lot of time to consider it. Being a rose was a fancy name for selling her body to people. But honestly, Abbey felt that was a better option than when she would just have it taken. Maybe this would help her feel more in control? If nothing else, it would get her some much-needed money and maybe, just maybe, she could find a nice little place to call her own someday. Abbey goes to the library to fine tune her registration as a rose. She is set to low pay since she is new in town and well, frankly, not the hottest thing to walk these streets, with average potential for success on retaining clients which Abbey felt was pretty good since she was worried it would be low. I guess age was on Abbey’s side. Being young always seemed to bring the clients around. At least that’s what Abbey imagined. She really had no idea since she had never done anything like this before. 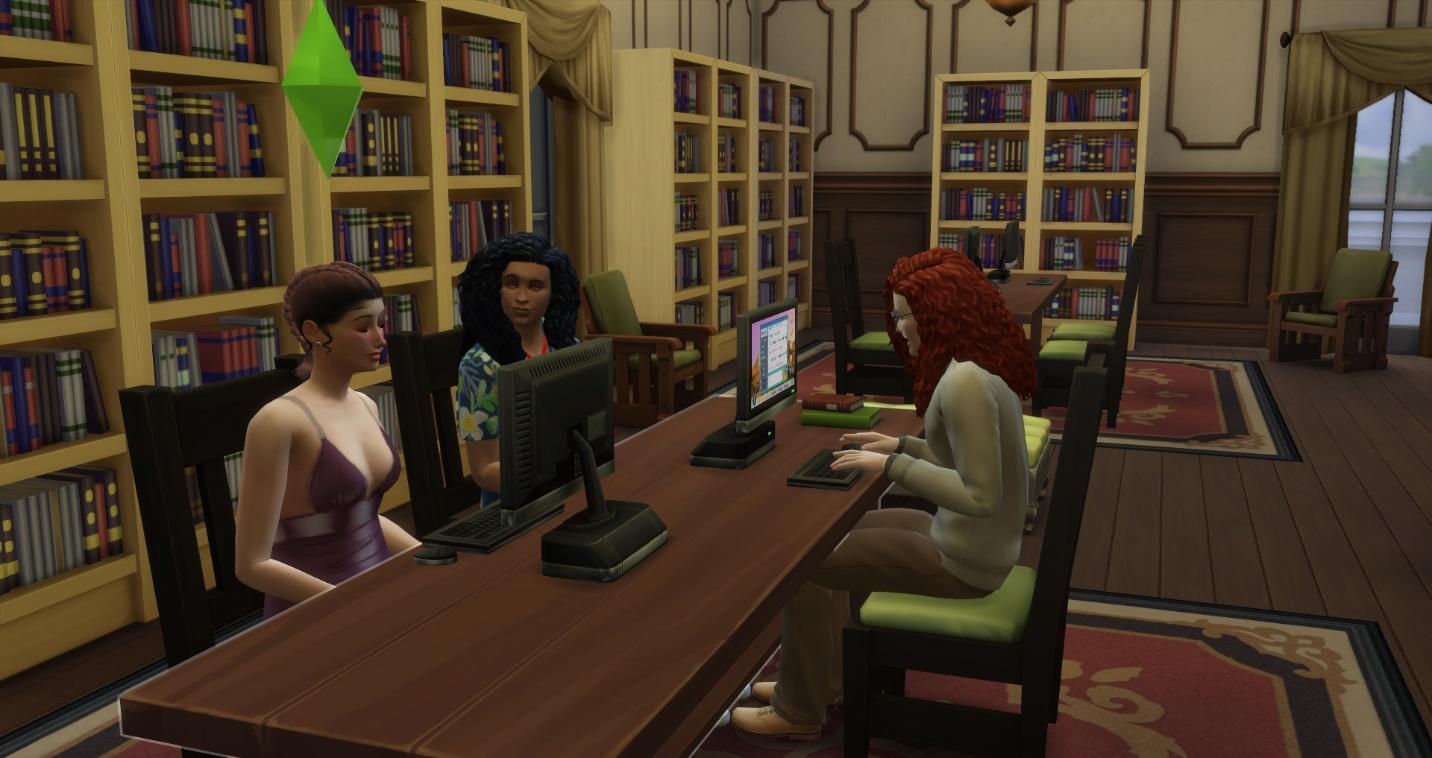 Abbey solicits the librarian, Nobuya Ishikawa, in front of children. She feels horrible but also desperate. 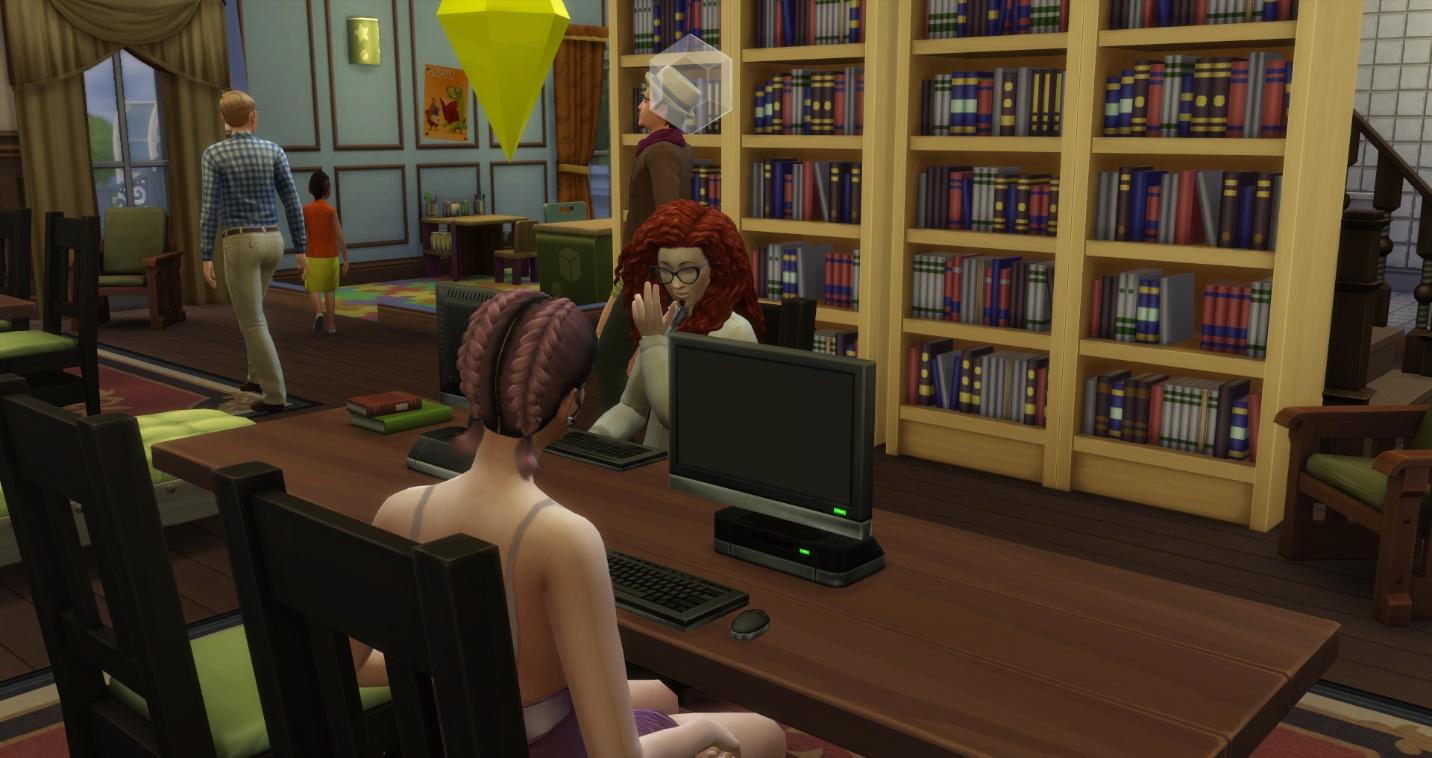 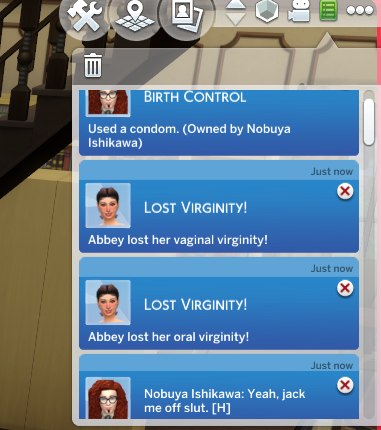 He accepts and they go into the bathroom where Abbey loses her oral and vaginal virginity, well as a rose anyway. (side note: not sure what is up with Nobuya’s penis - it looks necrotic. But I am sure it is some glitch in the game. A couple of sims have this but not all of them so we will just chalk it up to some “condition”) 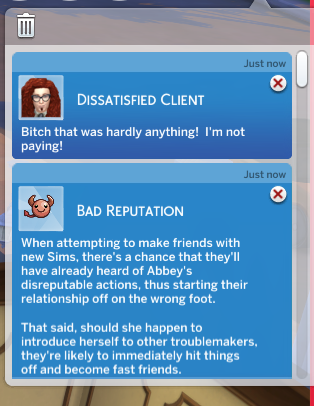 Nobuya is not satisfied and refuses to pay Abbey. They now despise each other, and Abbey is given a bad reputation. Great, and on her first day she is looked at negatively. Well, what can Abbey expect since she showed up in town, squatted at a park, and then started prostituting herself. I am sure no one around this fancy neighborhood has seen such a thing. Even the “ghetto” here is super nice. How realistic is this place? Oh well, Abby has to keep moving forward. 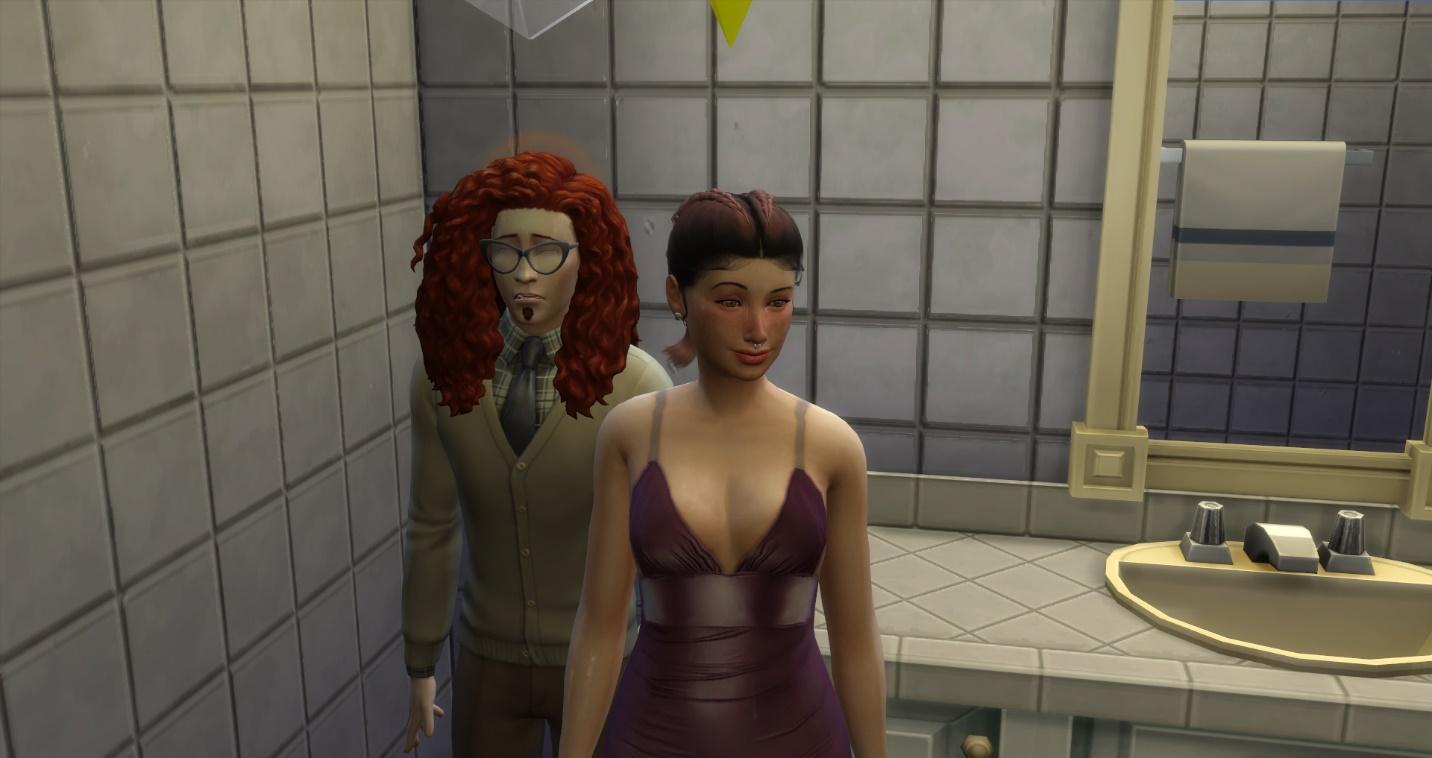 Abbey heads to the gym to wash off the mess Nobuya made and go to the bathroom like a “normal” person - something Abbey has never really felt like to begin with. 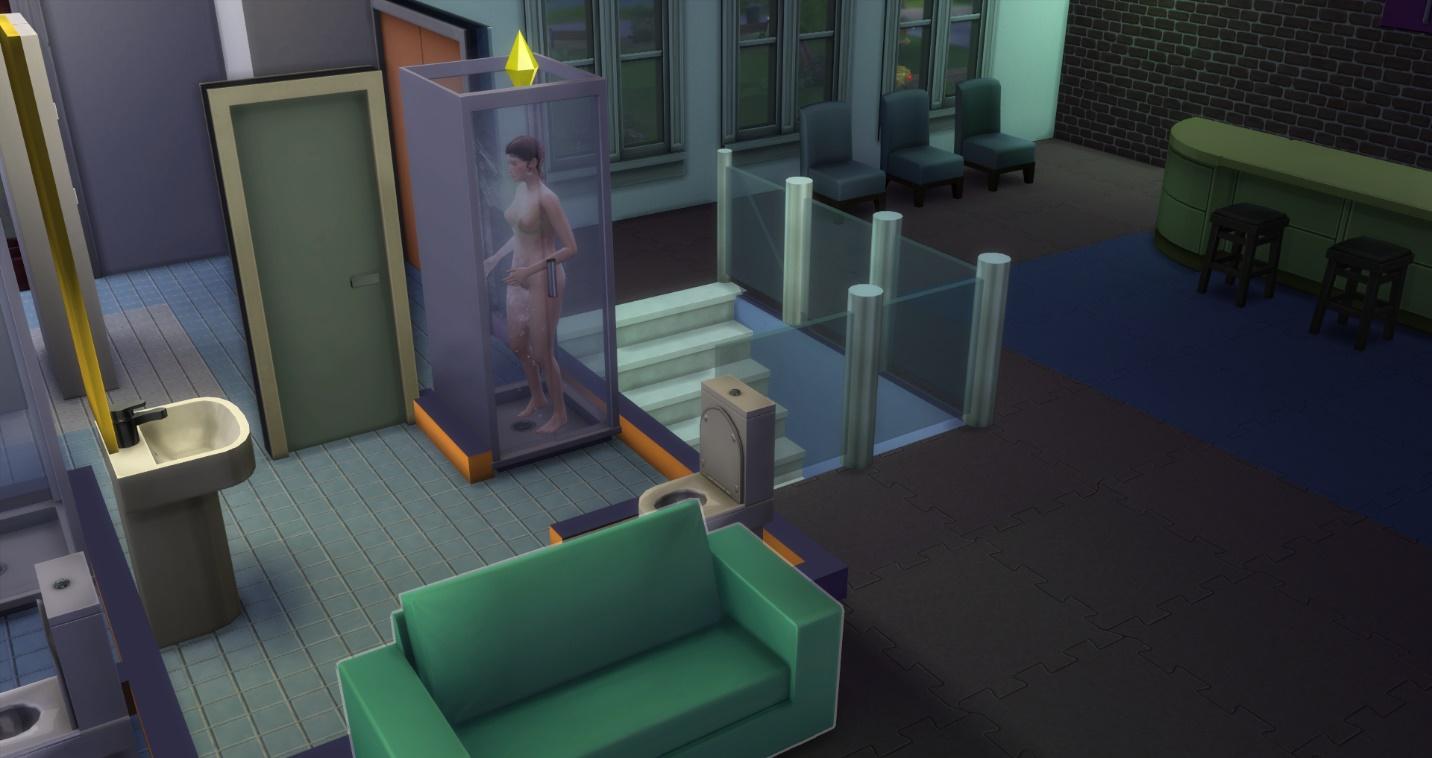 She forgets to put her clothes back on and passes out on a sofa in the gym. 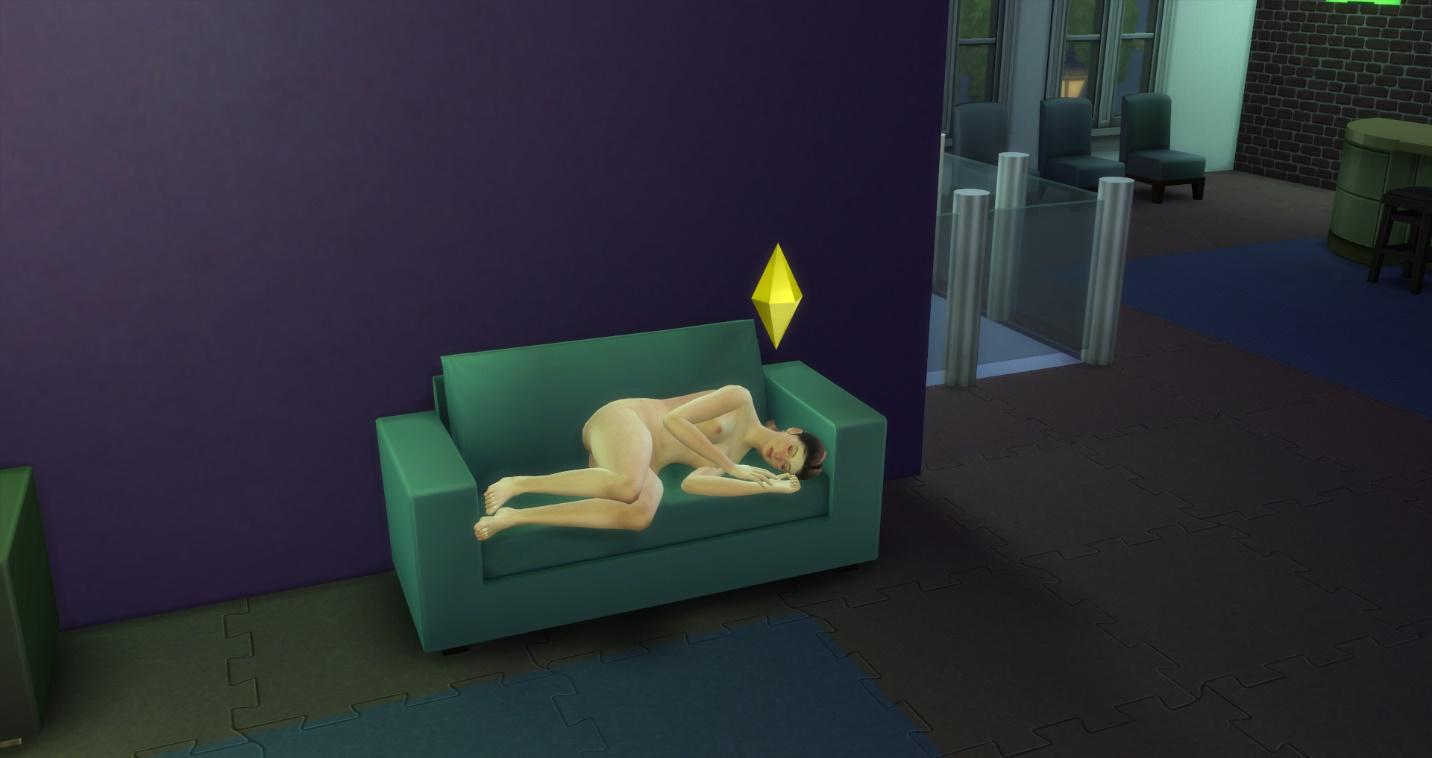 Once she wakes, she goes back to the park she is staying in and sleeps the rest of the night in the tent. It’s not comfortable, but it’s hers - and she doesn’t have much else to call hers right now. 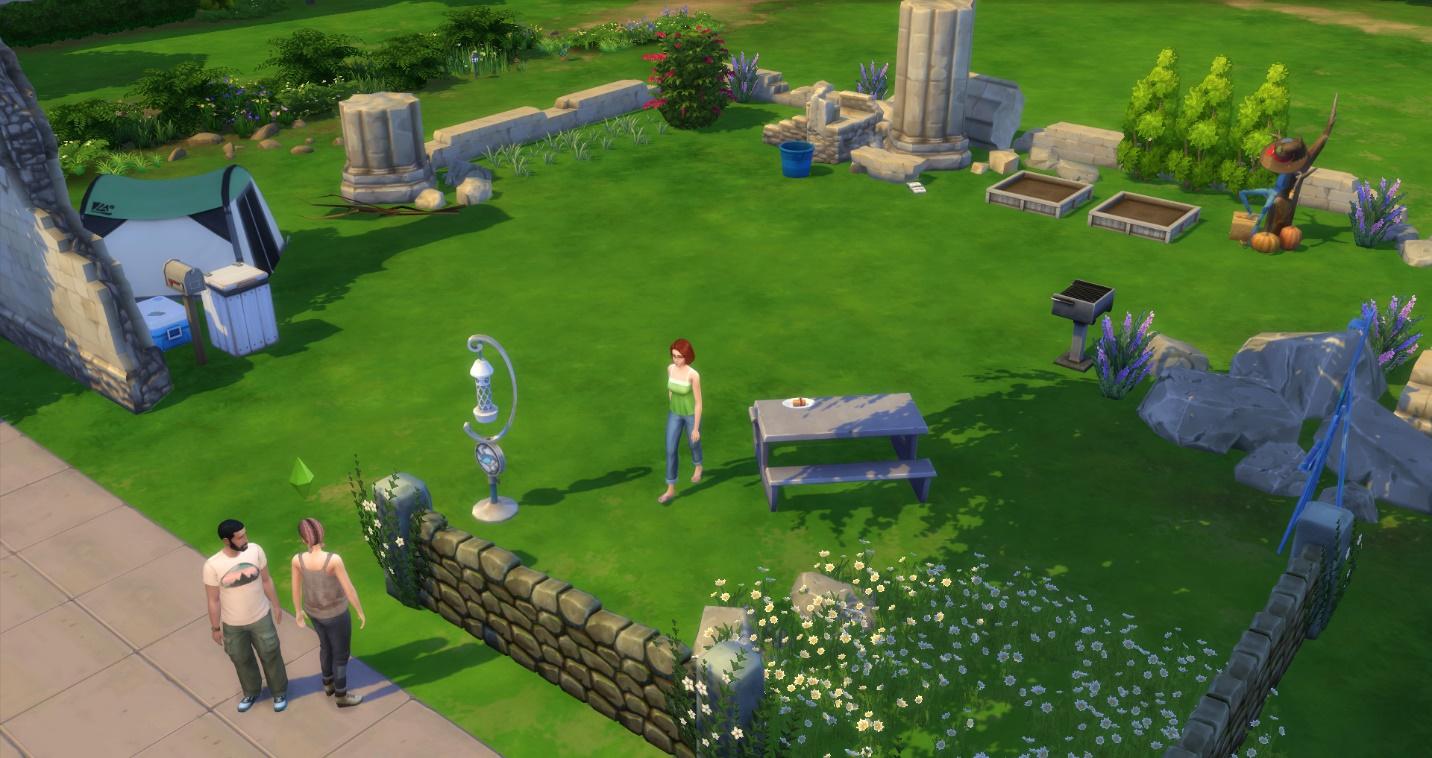