How to install
Extract the zip and put the SexilesMod pak file into your "<SteamLibrary>\steamapps\common\Conan Exiles\ConanSandbox\Mods" folder. Then enable it in the game. 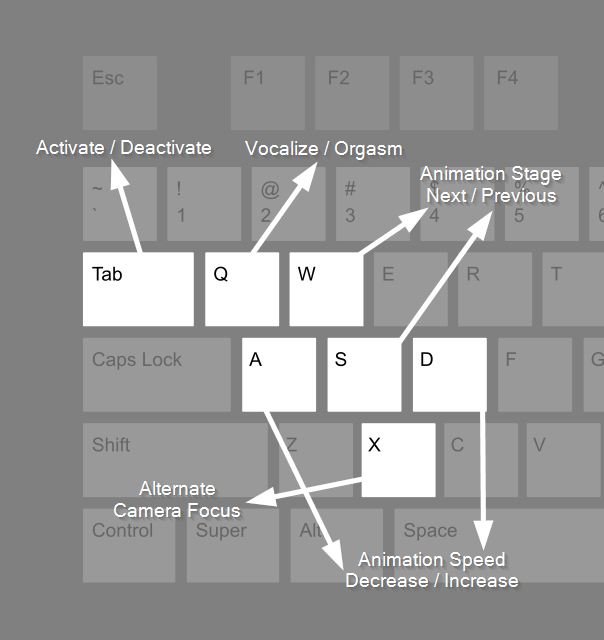 Press the vocalize key at anytime and your character will cat-call. Use this when you want to let someone know you're checking them out, or you want to have sex, or you're just rooting for a couple already having sex. Your vocals also indicate your arousal level during sex. If your arousal is high enough when you vocalize, you'll have an orgasm.

Once you're in position, another player can come along and activate while touching you to become your partner. At this point, either participant can control their own vocals, the speed and stage of the animation and when to stop.

KEYBINDINGS ARE SUBJECT TO CHANGE AT ANY TIME. Keep an eye on the image above.

No animation is final. I'm constantly working on improving them. More are coming soon™

THE MAIN WORK HAS BEEN DONE BY OXYG1N WHO I CANNOT THANK ENOUGH FOR STARTING THIS PROJECT AND SHARING HIS SOURCE. WITHOUT HIM NOTHING WOULD BE POSSIBLE AND I'D BE STUCK IN THE DARK. ALL THE PRAISE IS DIRECTED AT HIM.

Animations are made by Mike24 and Leito86, converted and edited by me.