As I look through my notes, I see that I shirked a bit on the early chapters about the details of the people and places that started me on my journey the first time. Parman was one of those skimmed-over details. Lysha was another. I don't know why it was so rushed, except to say that it was a very confusing time and my memory of exactly what was said is a little hazy. An example of this is the meanings of roldor and roldoe - I learned those words Lysha, as we tried to figure out just how the hell I ended up in Skyrim, but it seemed information of little use until events brought me, beyond any expectation, to a position where I could actually use it.

I apologize, I feel that I am rambling. The point is that I did not, perhaps, paint a very detailed picture with my narrative and I regret that now because...well, things felt different this time. And not just because I understood what was going on (mostly) the second time through. Everything looked the same, but something felt...off. This was very similar to the world I had left, yet...

The first difference was immediate, but it's not the kind of difference that I mean. I assume it had to do with the difference in time I spent in the Parman's cave versus last time: the bandits I had remembered were, in fact, in the area this time as well, only last time I managed to make it down the hill from Parman's cave before I saw them. This time, two of them were standing right outside the cave mouth.

I didn't expect them but, fortunately, they seemed equally surprised. We all came to our senses at around the same time - they reached for their weapons and I shouted at them.

Then I yelped and ducked to one side as a sword nearly hit me.

Right. No dragon souls, no word walls, no visits to the Greybeards. I didn't have my Dragonborn powers yet. Well, shit.

I ducked another swing and bolted, straight ahead, off the side of the cliff. More fortune was on my side - the fall wasn't too far. Still, I landed awkwardly and dropped the bow as I rolled into the side of a rock.

"Get her!" The voice came from above, but they did not seem too eager to follow my route down the hill in their bulky armor - I saw movement as they took off down the path. This gave me precious time to gather my legs under me, grab the bow and as many of the spilled arrows as I could, and pelt away.

It took a little doing and a close call with a pack of skeevers, but I managed to give them the slip. Last time it was wolves that saved me from the bandits, this time it was skeevers. I heard their snipping and the bandits' yells as I slipped down a small ravine and couldn't help but smile at the way nature seemed to enjoy saving my life. Wolves and dragons and skeevers, oh my. Maybe, I thought, I should find a temple to Hircine and offer him some thanks. Hell, couldn't hurt to have one daedra on my side.

Anyway, it was after entering Shor's Stone that the differences began their soft niggling. It took me a few minutes to figure out why the town seemed emptier than I remembered it - the slaves were gone.

Last time the chained and collared men and women had made a rather strong impression on me. The utter lack of them was nearly as jarring this time.

The second odd change was Lysha or, rather, Lysha's armor. She still looked like a total bad-ass - she has that vibe, no matter what she is wearing - but her armor had...holes. Not, like, holes from damage or poor repair, but intended gaps that showed her skin beneath. The breastplate had become a literal plate for her breasts - they contoured to the shapes of her perky Cs. Her abs, hips, and legs were covered, but by a thin form-hugging material. Her back, beyond the clasp on the back of her neck to hold up the breastplate, was completely exposed. It was the slutty Halloween version of plate mail. I hadn't had the chance to know Lysha well last time, but I was certain that version of her would have been horrified by the outfit her current self wore with no apparent self-consciousness or concern for safety.

Something had changed, and I had a pretty good idea who was behind it.

The conversation with Lysha went better this time. Her instant understanding of the situation had not changed, I am happy to report. But this time, when she gave me the sword and armor (also, I noted, with certain gaps that one wouldn't normally expect from a piece of armor), I didn't leave right away. I spent some time in Shor's Stone. I cleaned out their mine of the spiders that infested it, I helped fend off the occasional bandit attack. I had learned a lot from Delphine in my previous life, but I was not as strong and my body was not as accustomed to swinging a sword as it had been. I needed to become stronger before I braved the path ahead.

Of course, the other part of that mentality was knowing that Sanguine would get bored if I stayed in one place for too long, so after a week I left for Windhelm. Might as well get the magic activated before I started facing dragons - I was going to need all the help I could get. 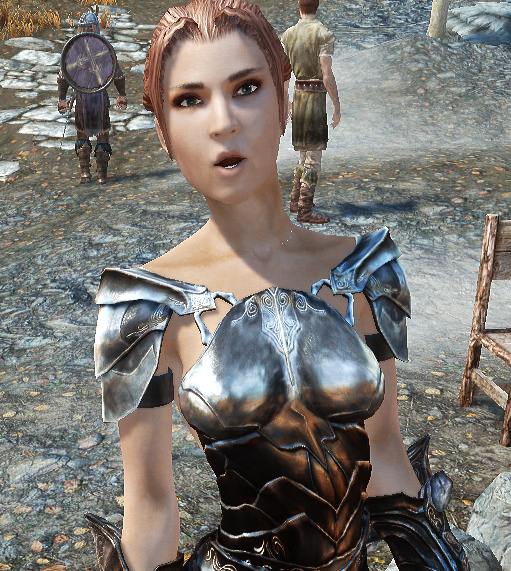 Don't feed the bastards. Feed yourself instead.