welcome to the screenshot dump where i post all the pictures that didn't make it and throw in a bit of never before seen information (since i don't want to talk much in the entries).

@Swiftstep requested that i go underground for some pictures

turns out, unsurprisingly the underground areas did not have such great lighting and didn't work very well with enb 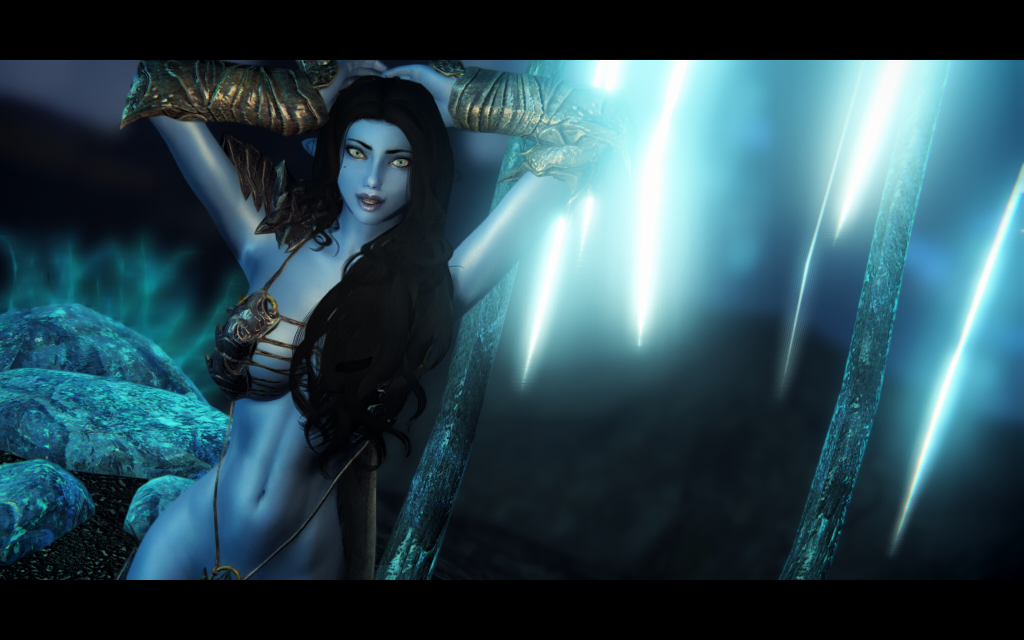 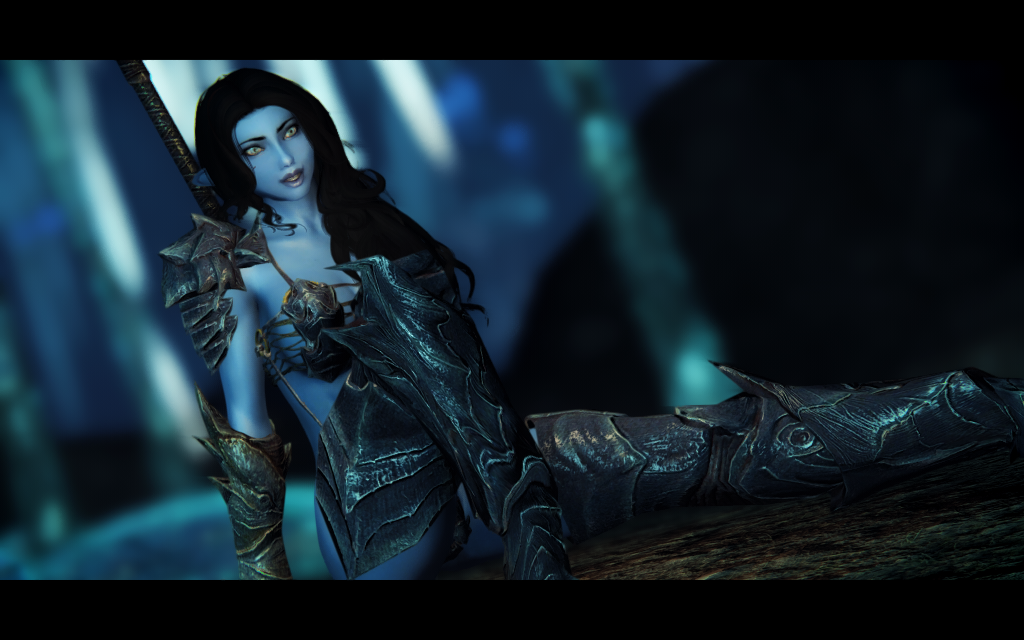 (i do like the above pictures though, the armor textures look great) 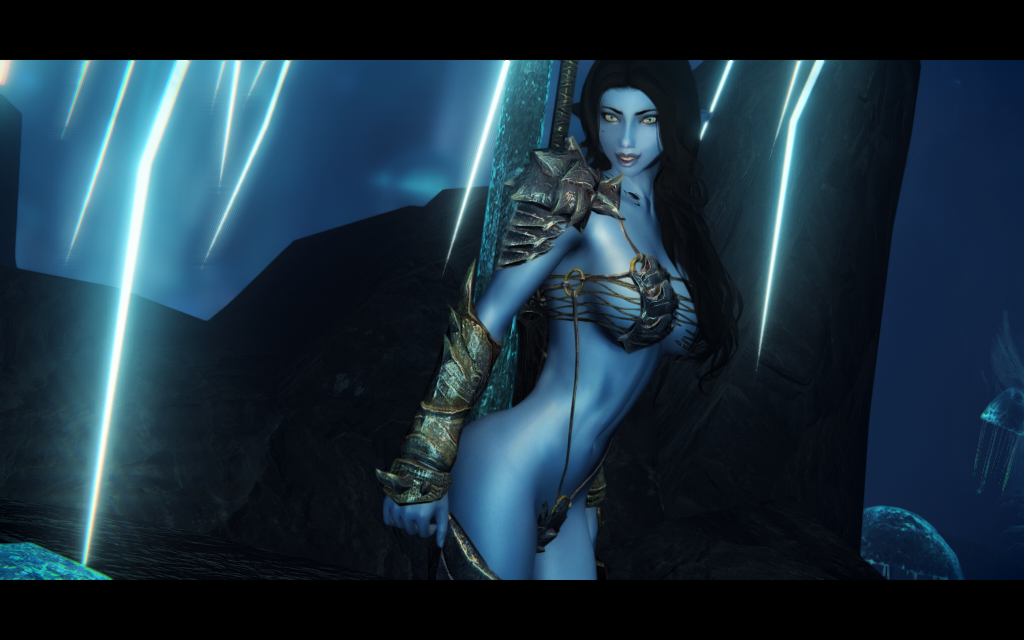 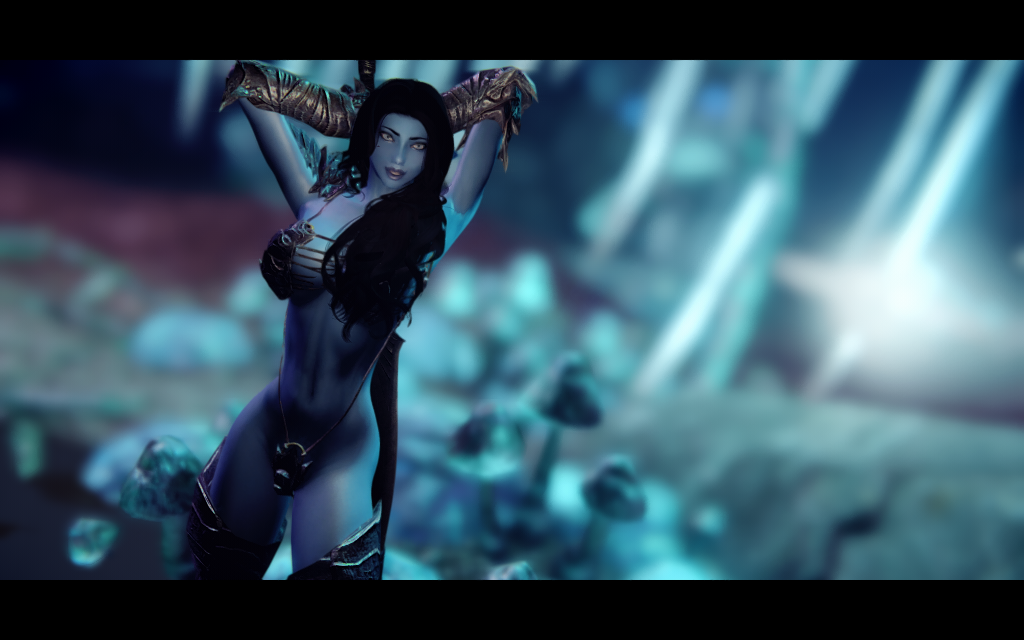 i also had to raise bloom by a lot to get the lights to really light up, but it still doesnt look good.

so, since it wasnt working well i tried to go black and white, which is something i'd like to do in a better setting eventually 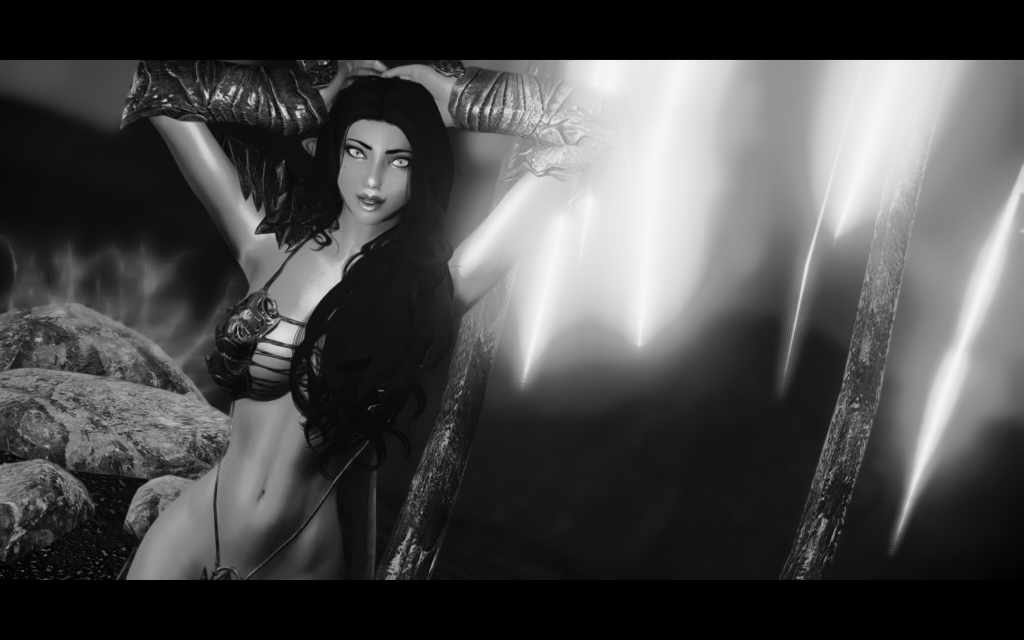 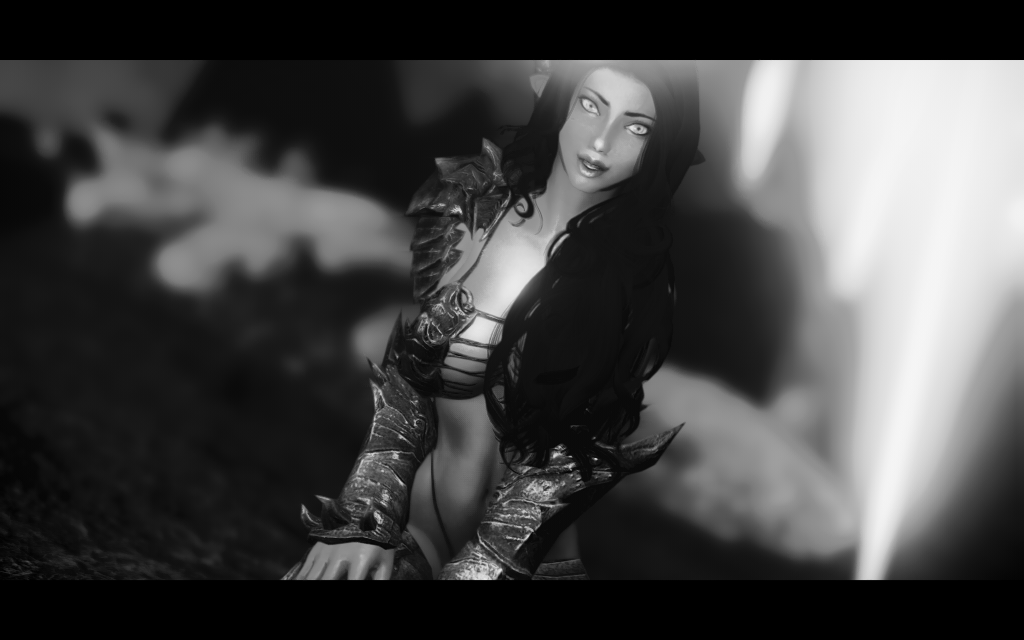 alas, thats all i have to say about these pictures. i'll definitely end up using the black and white filter eventually, and blue skin will return (strawberry looks so much better than ll my characters i'm gonna have to make some revisions to pretty much all of them) 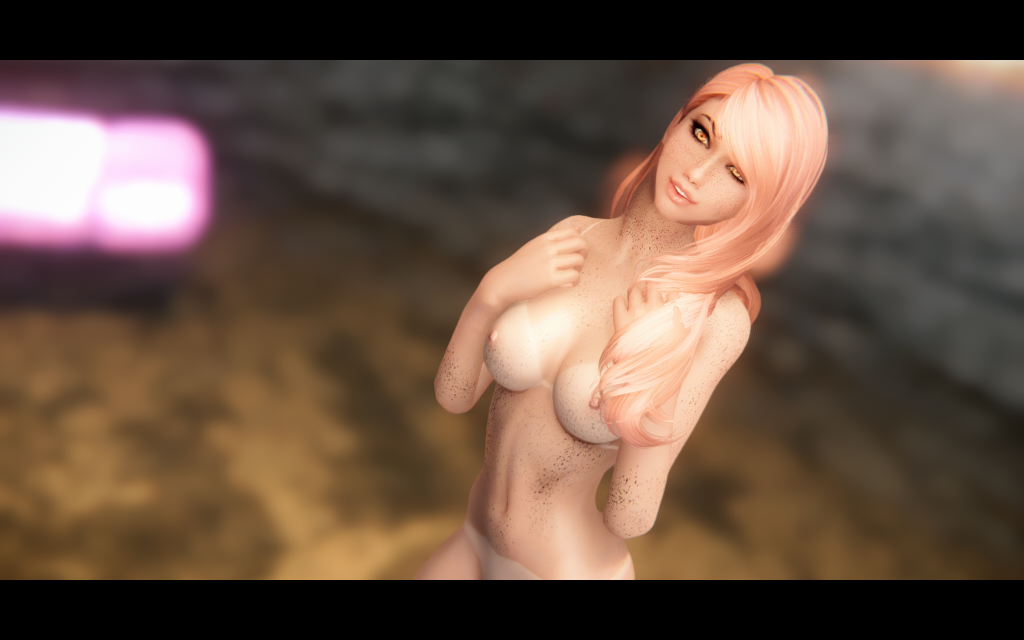 we ended up settling for this one of course 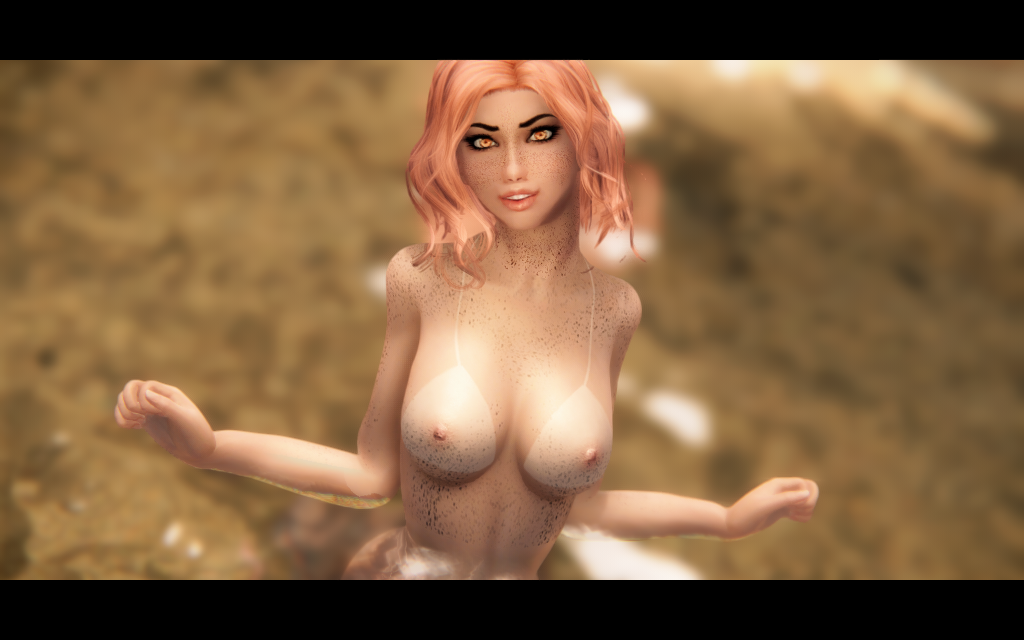 i was thinking a ponytail since she had long hair normally, but the short hair was a nice change and i think it looks good. i'll go with whatever the replies says was better.

and right before i finished the water had a weird glitch 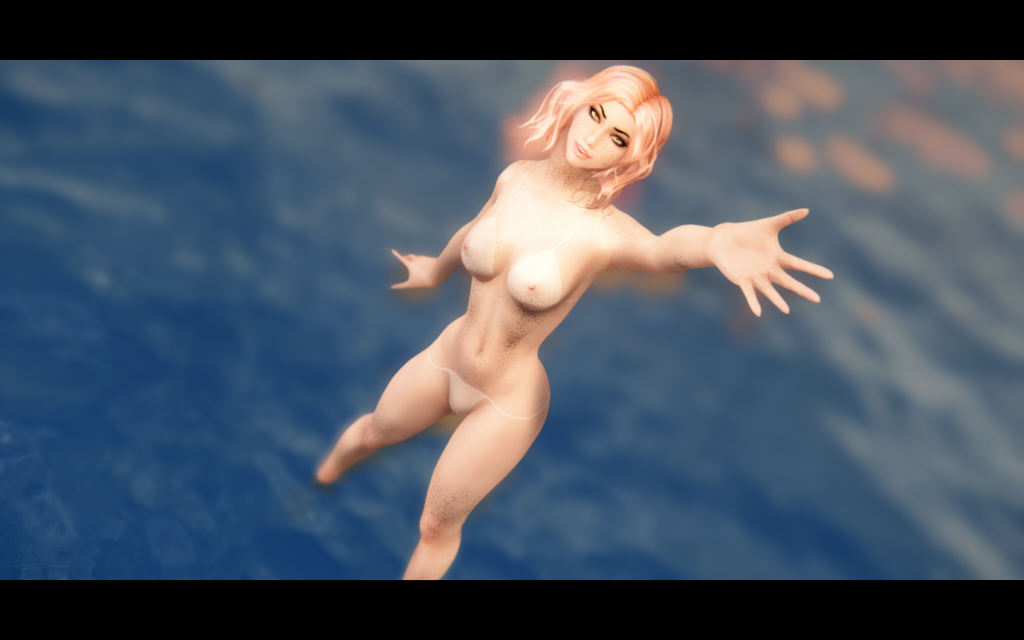 i had to reload to fix it, and this was the final picture 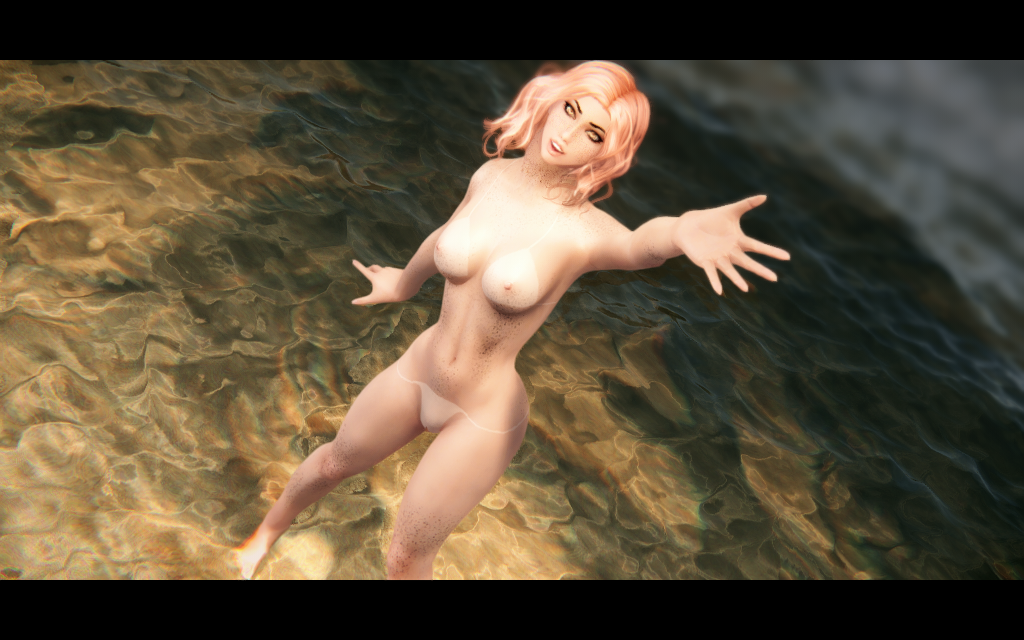 heres some things i thought were cool from the entry im working on now: 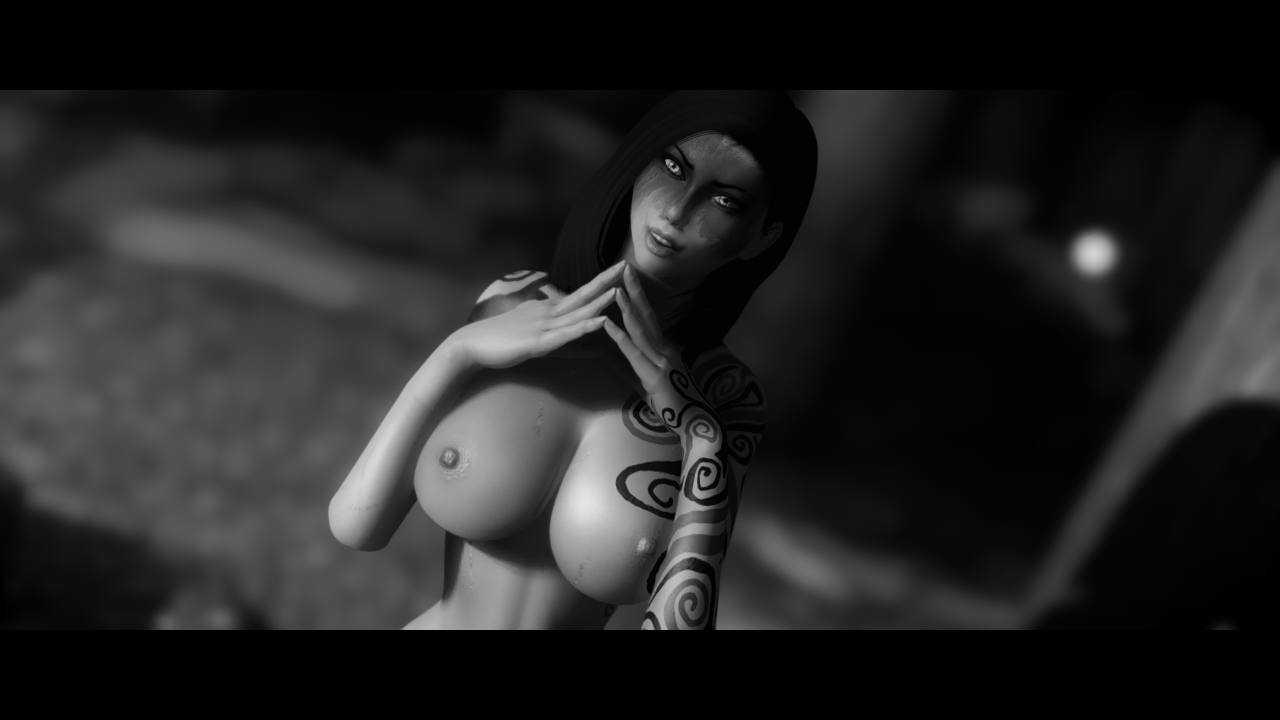 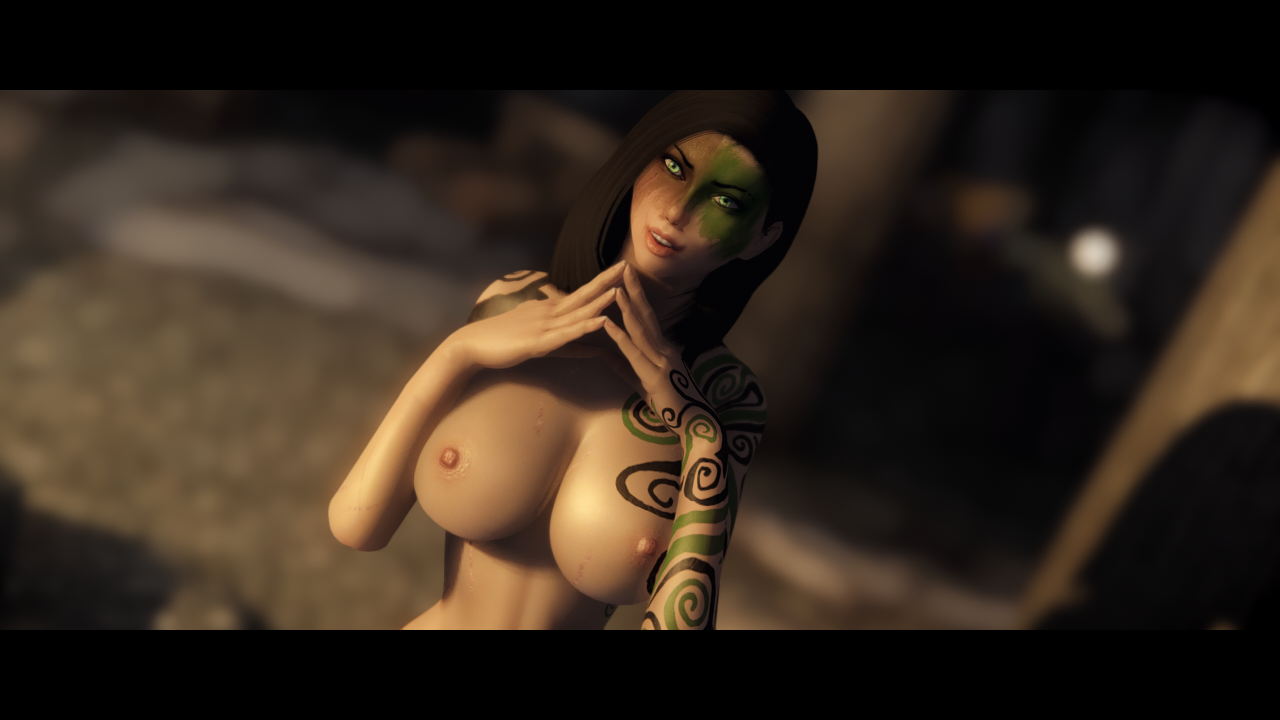 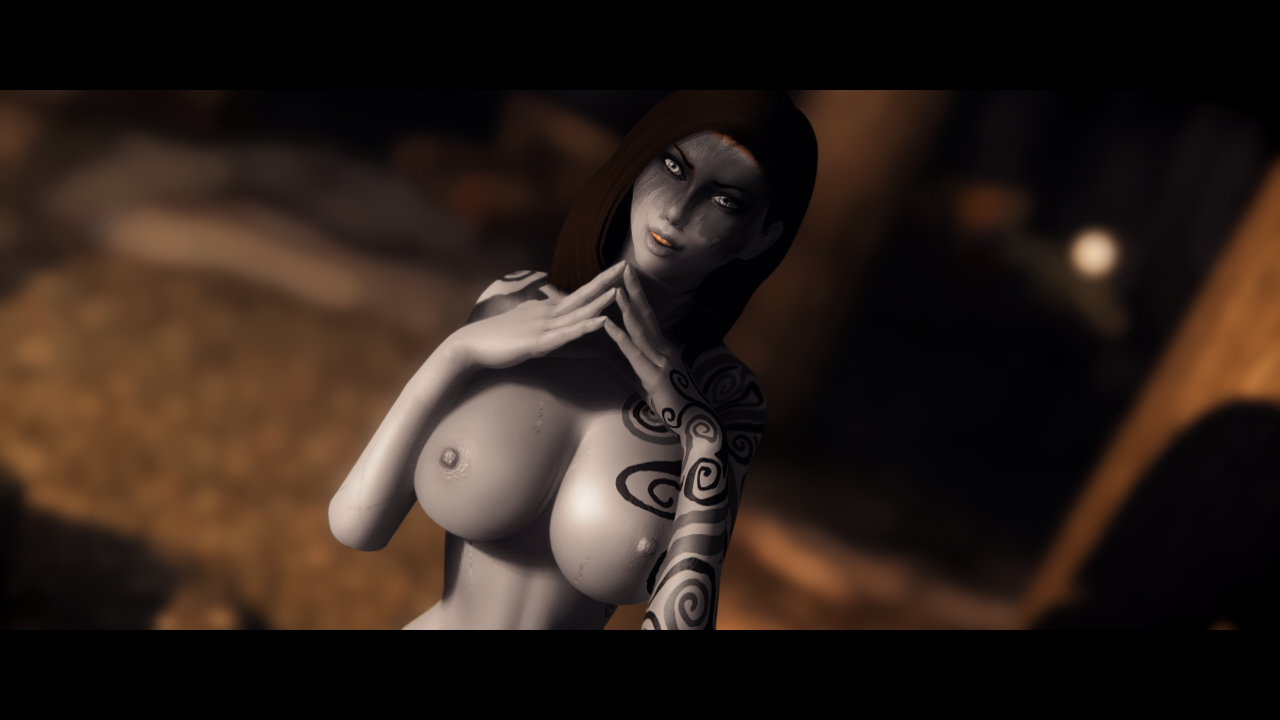 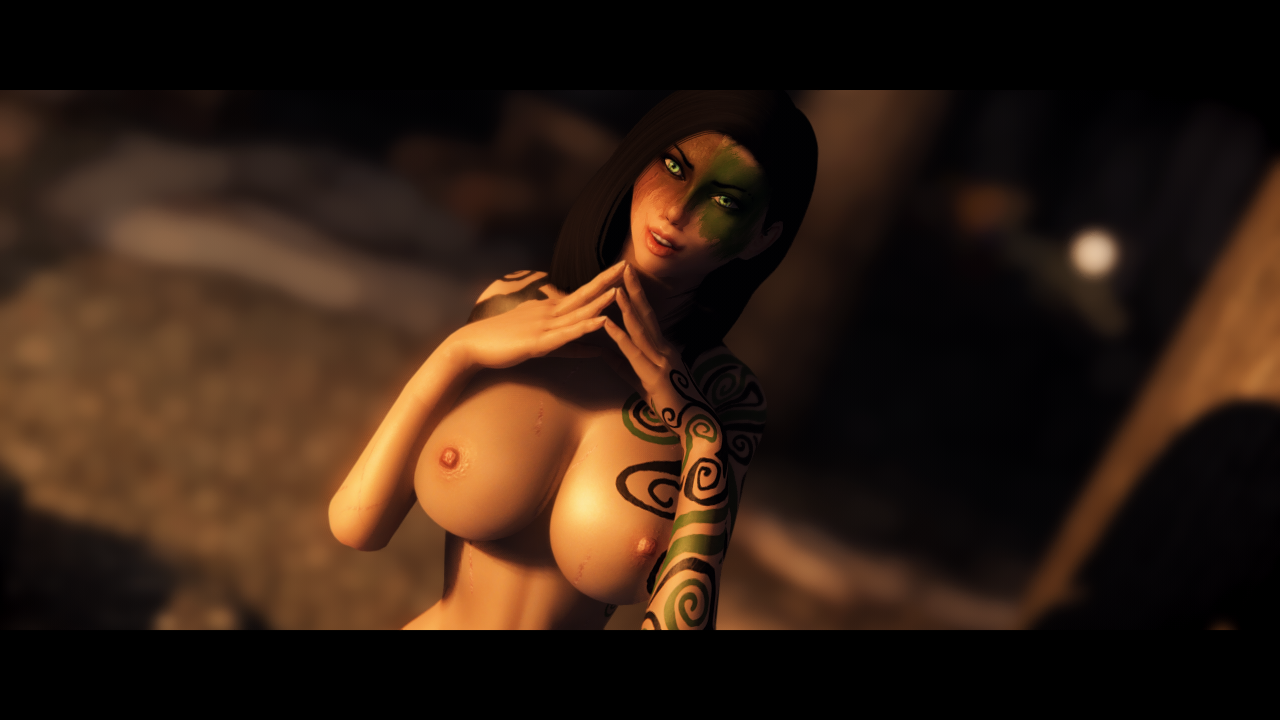 also, this is kind of relevant but i won't be able to do a christmas in july entry

there are no santa outfits ported to sse yet lol

of course, since you took the time to read this your feedback is 150% more important than all other feedback