Initially, this story was going to be a quick status post with a few pictures of Adrea running around for an Easter Egg Hunt and some updates on her upcoming story.  Then I saw her in the Bunny Costume and started taking a lot more screenshots. It was a good exercise to try out the text-in-photo style I think I’m going to use. Let me know if you prefer the text in picture or text below the picture!

Status Update:  Finally got the writing and posing done for Adrea’s next story.  Shooting begins this week… hopefully!

Hope you enjoy this short story! 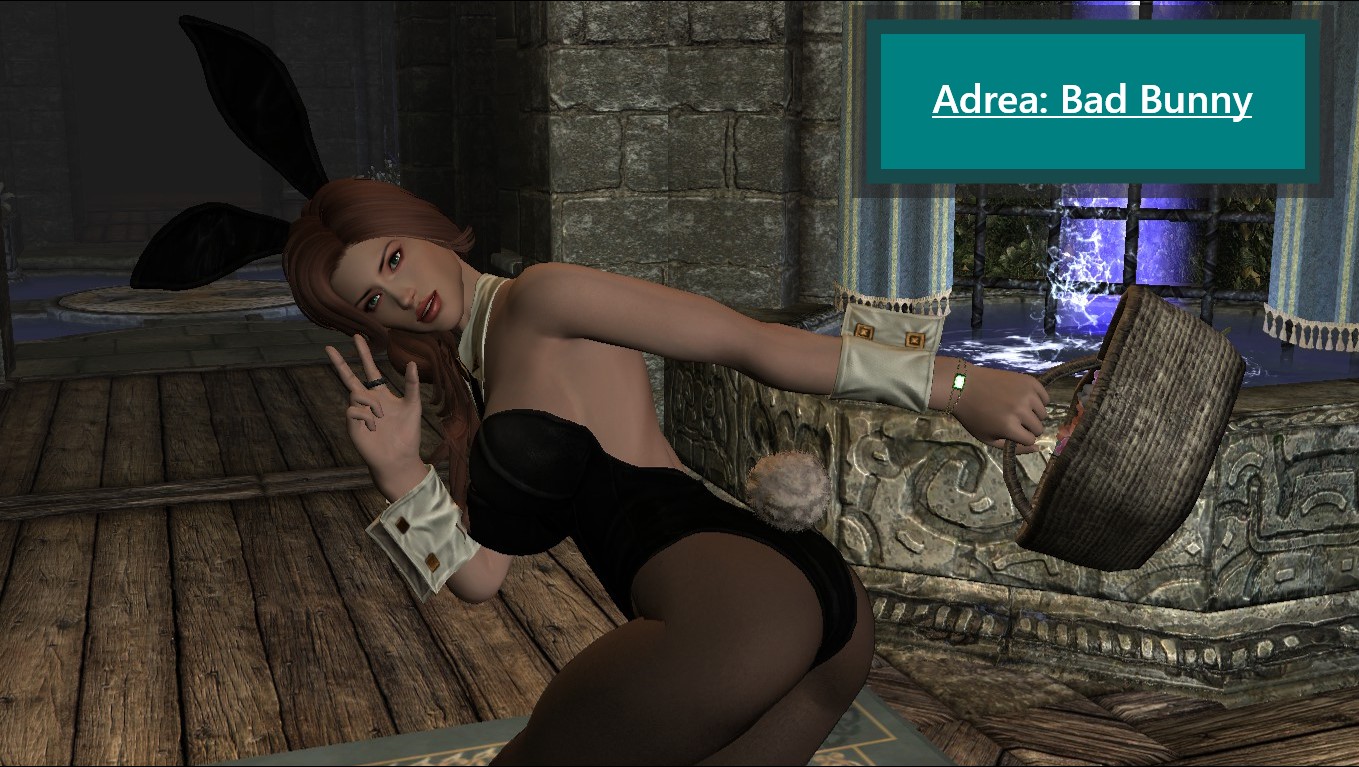 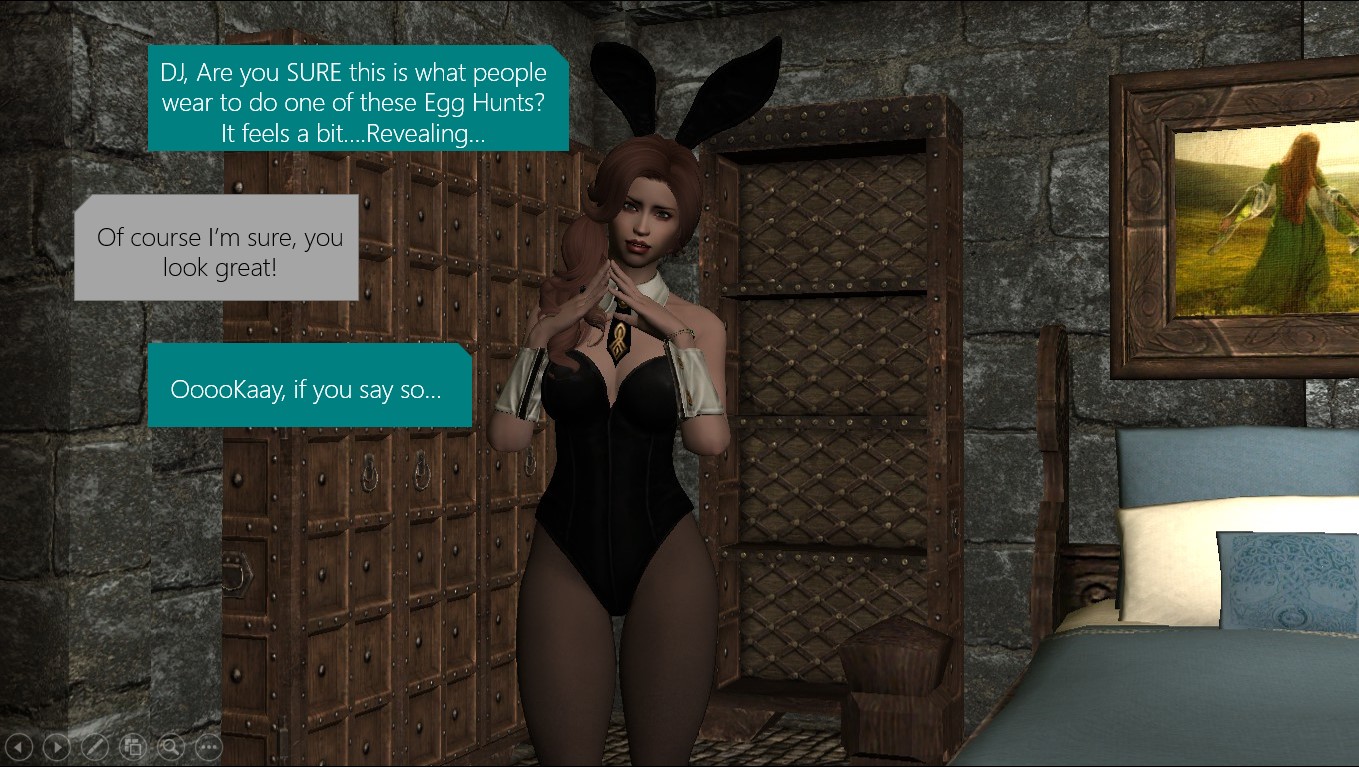 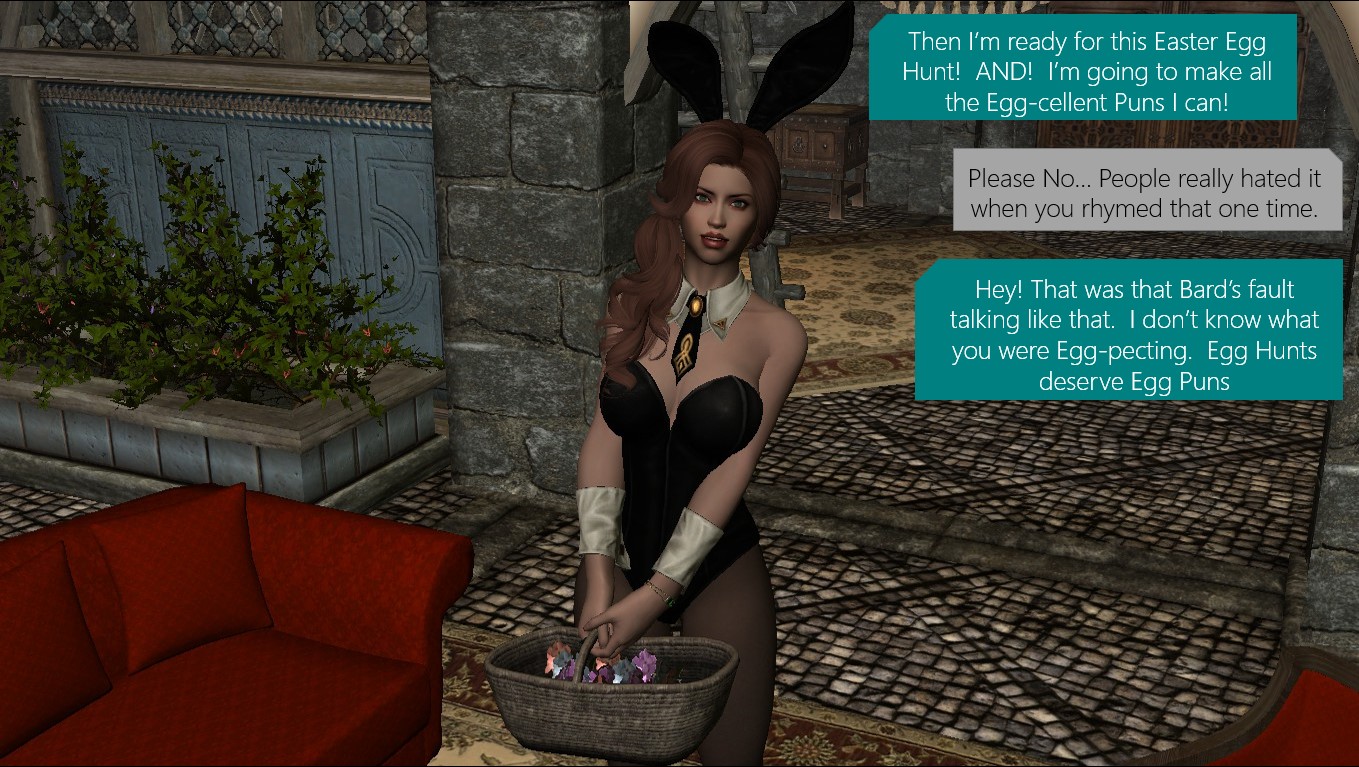 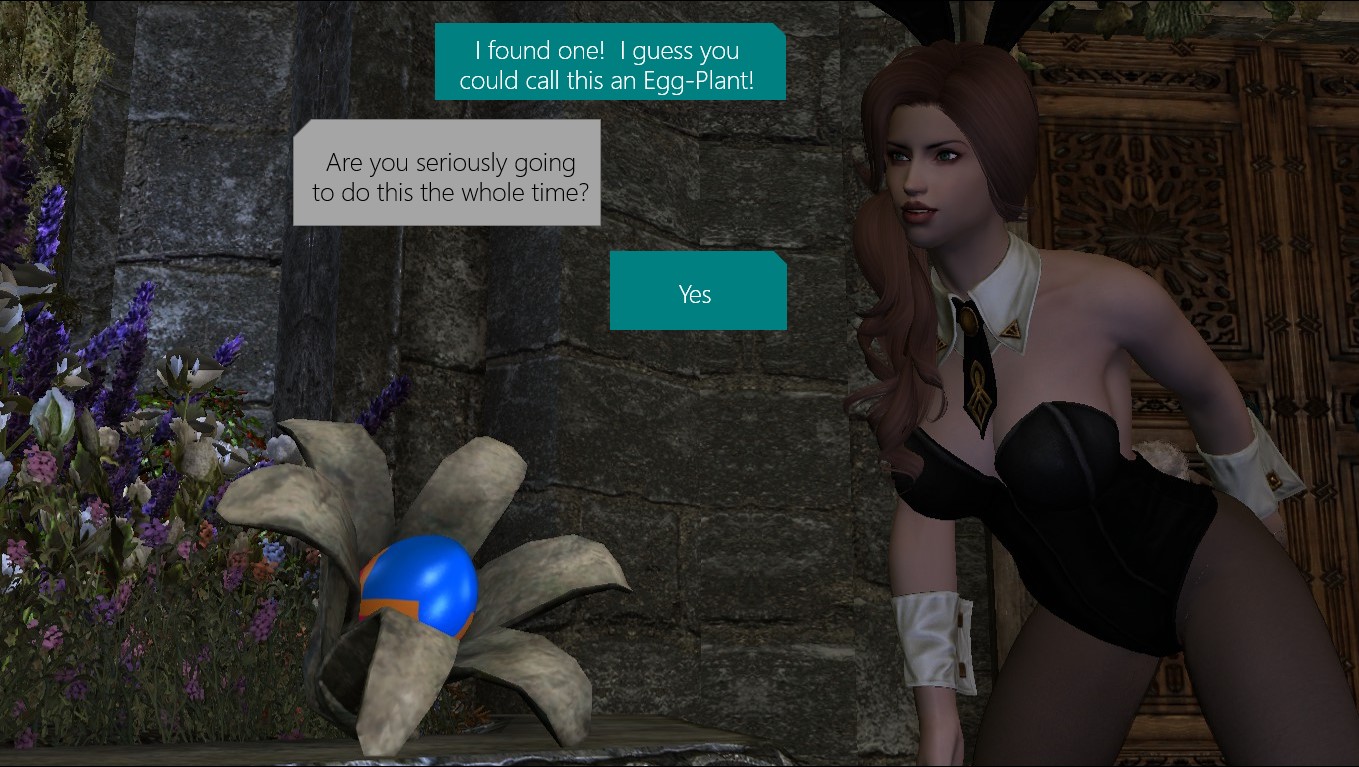 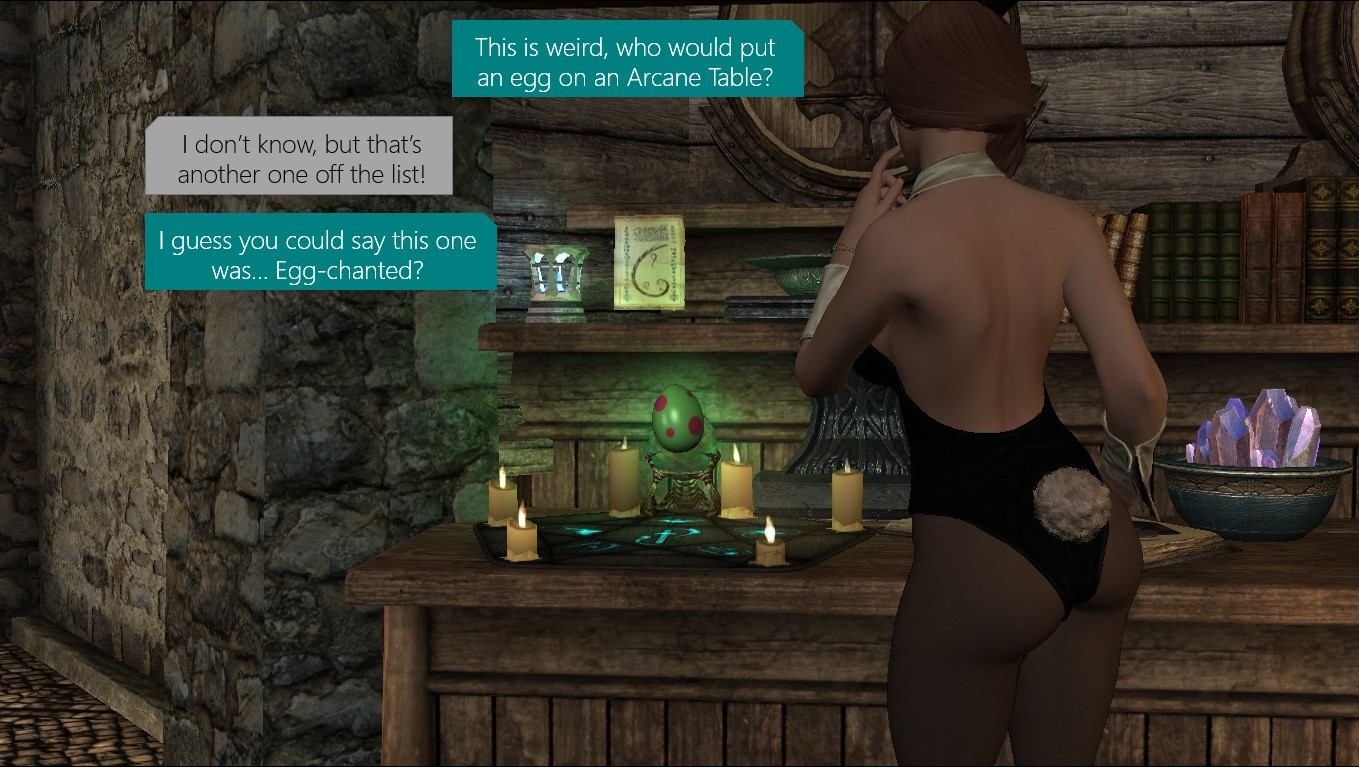 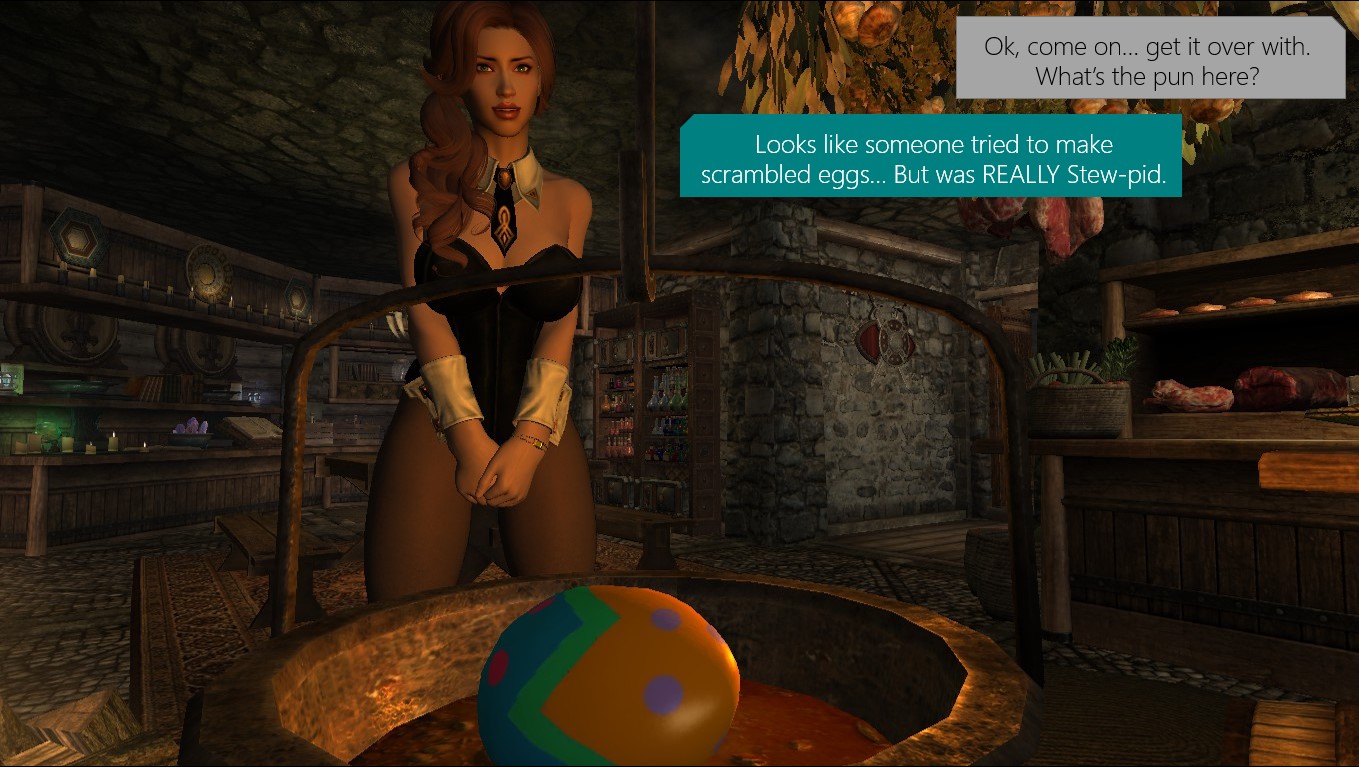 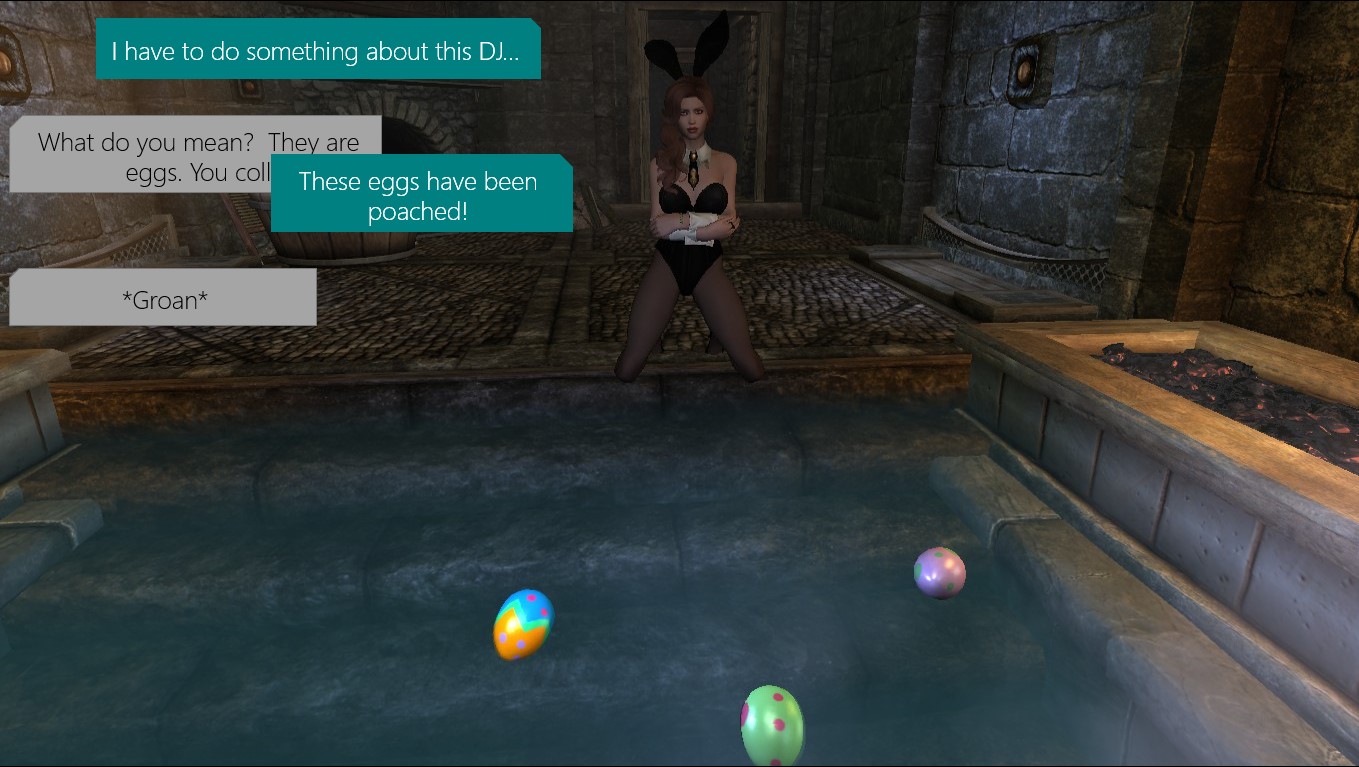 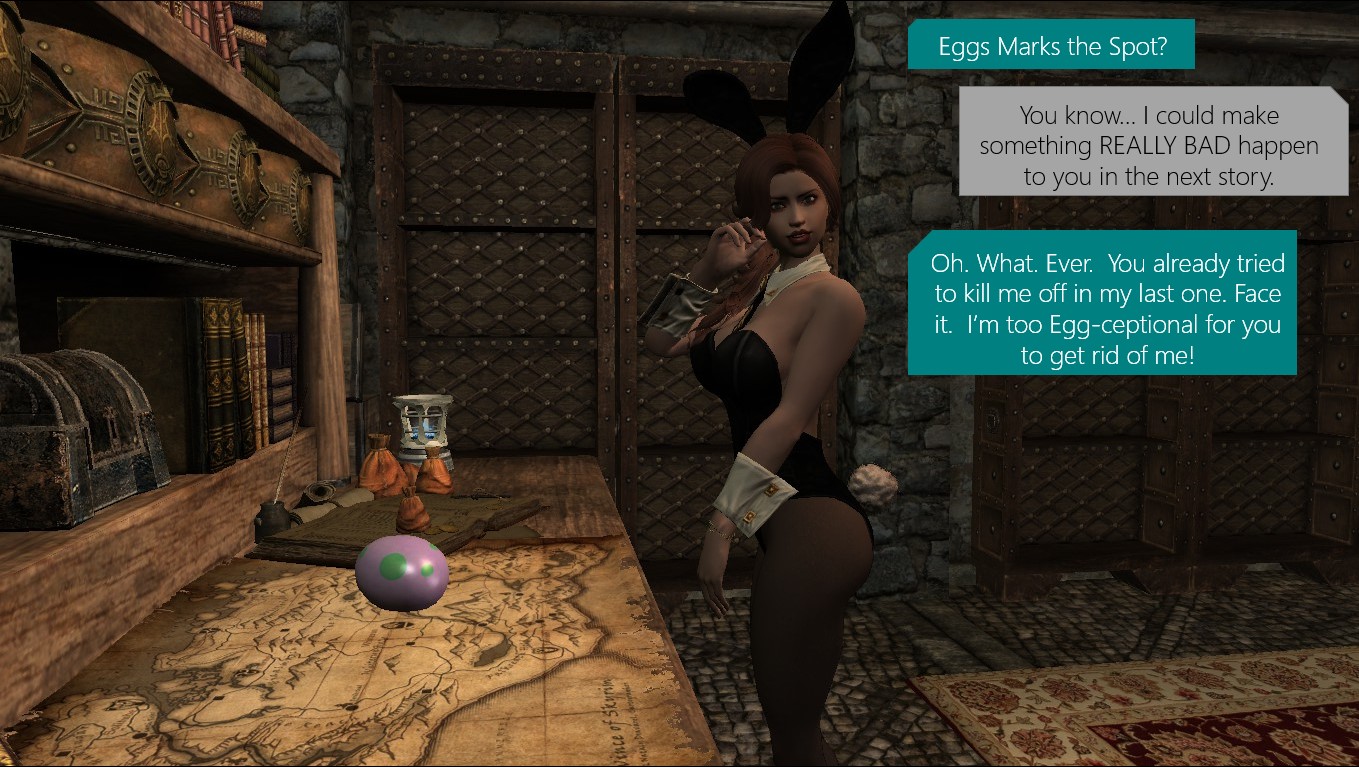 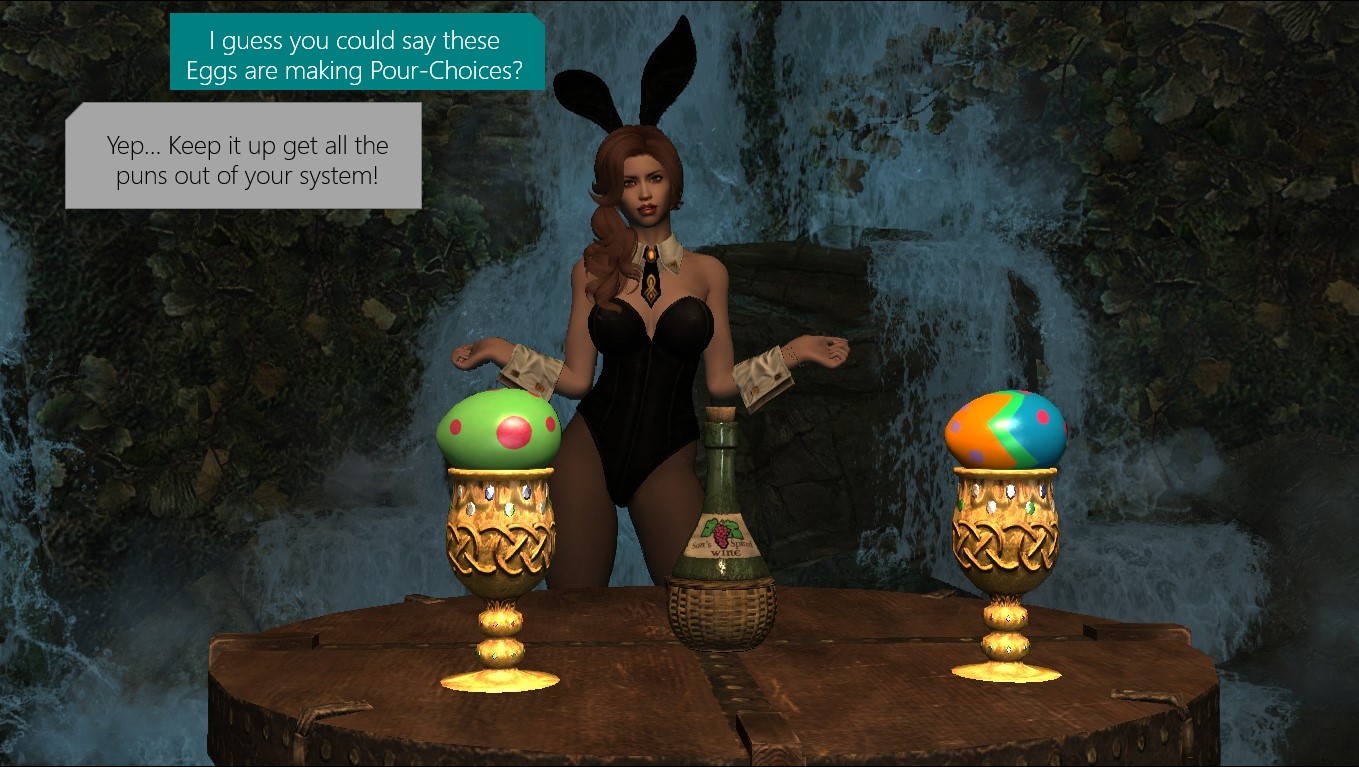 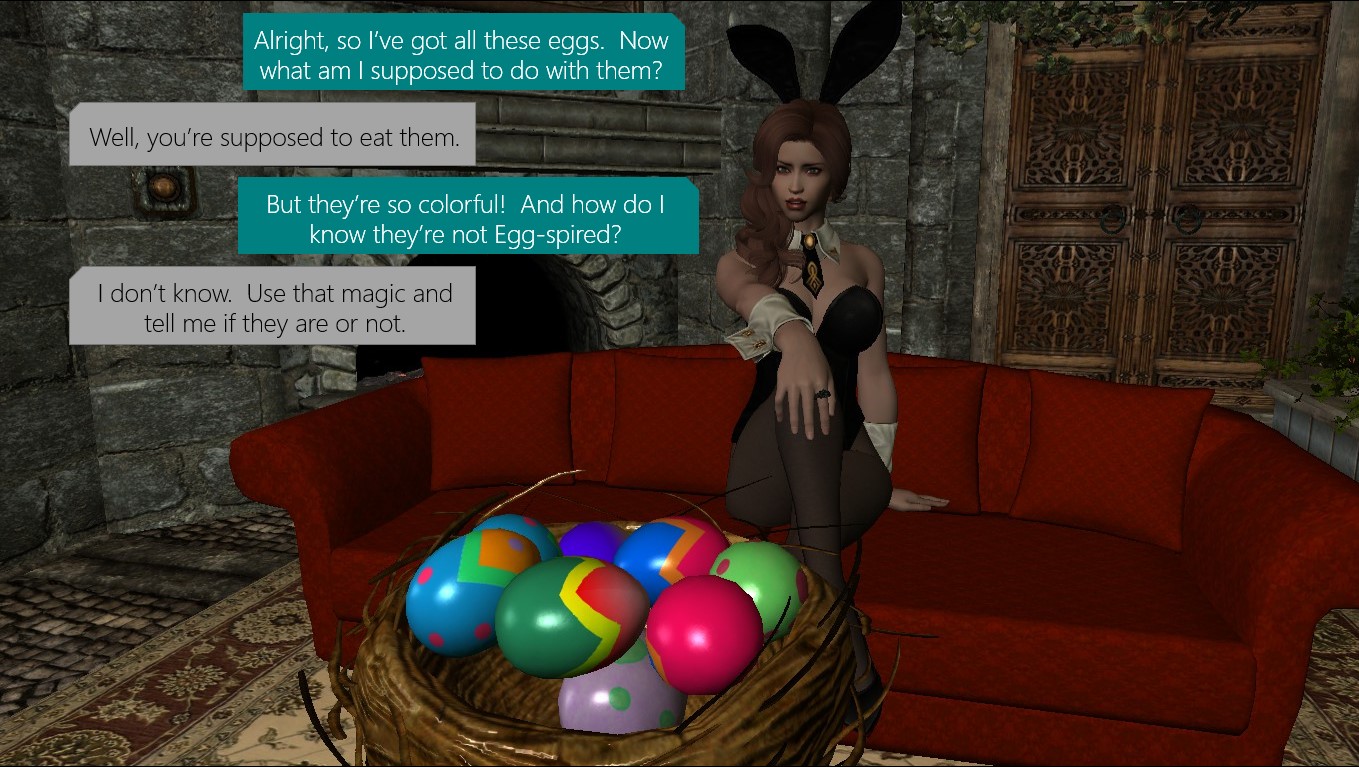 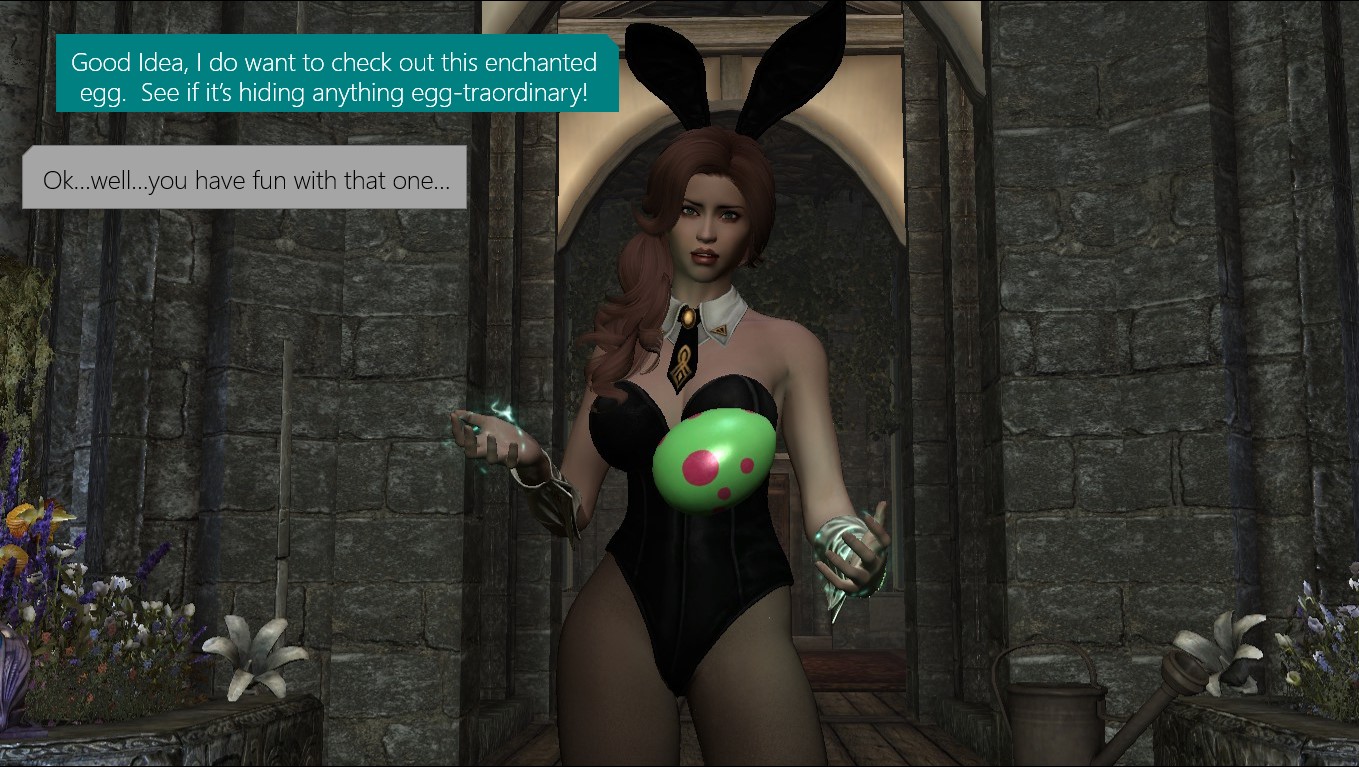 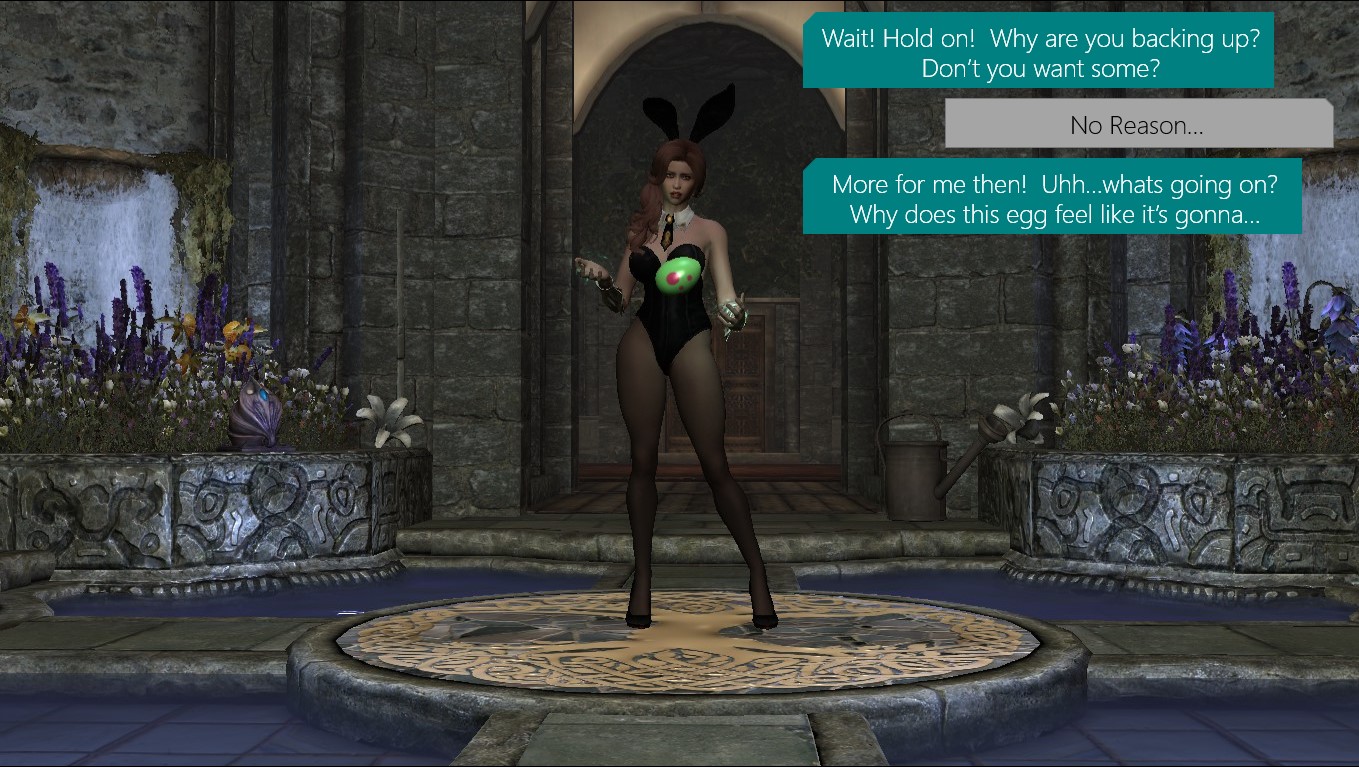 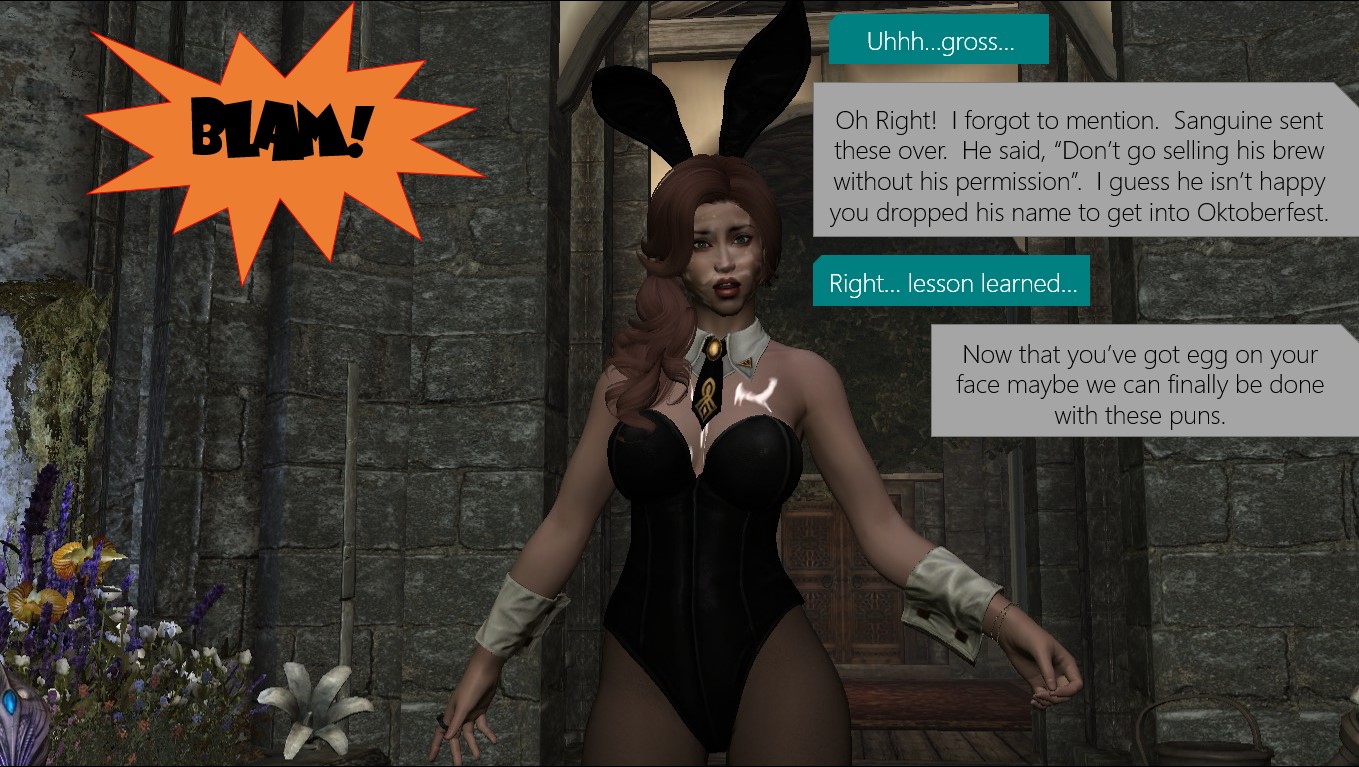 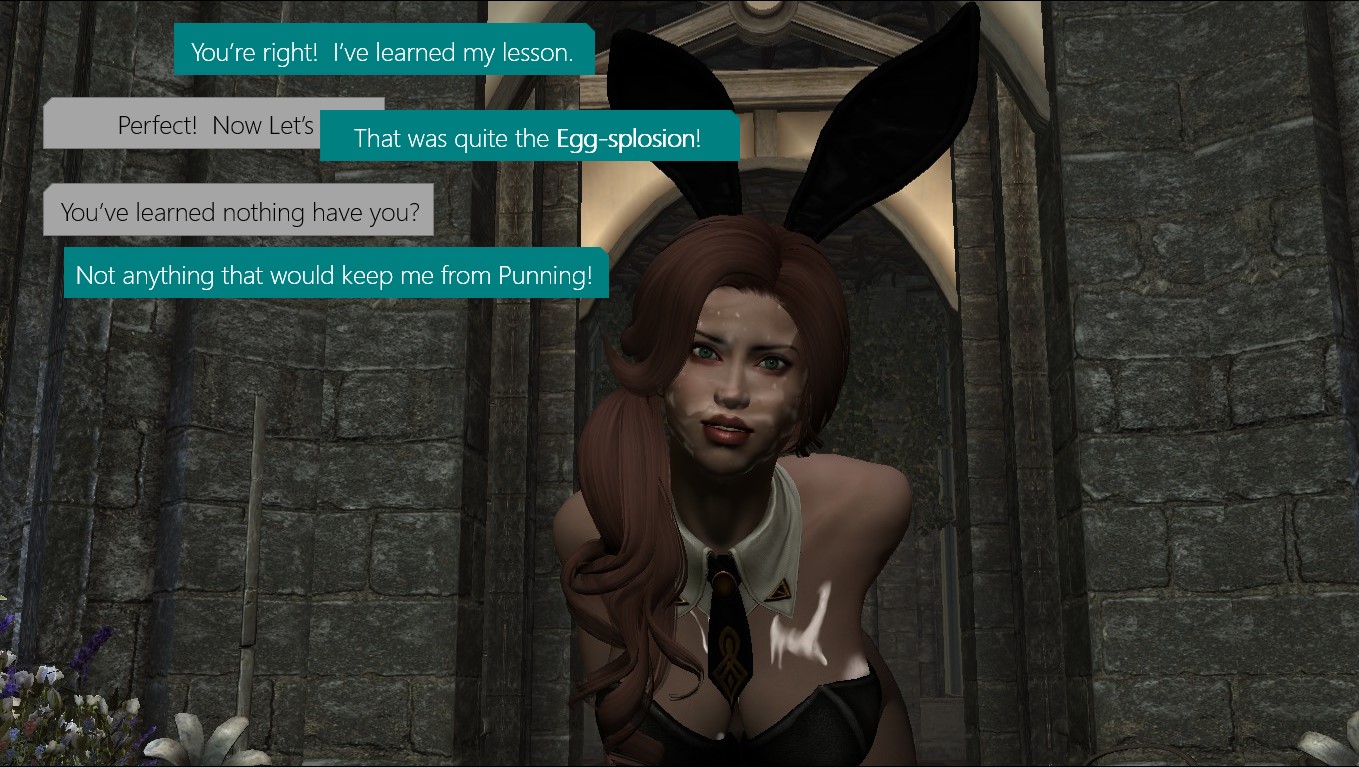 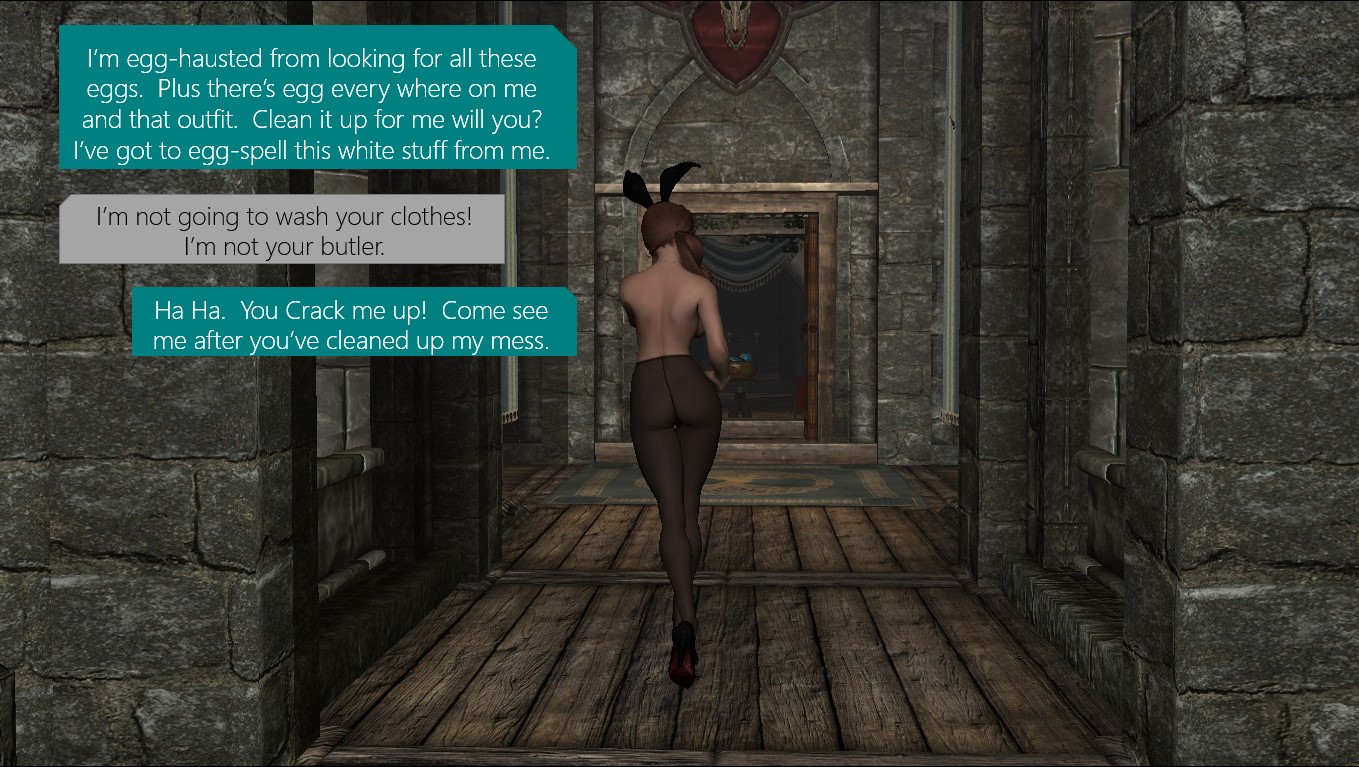 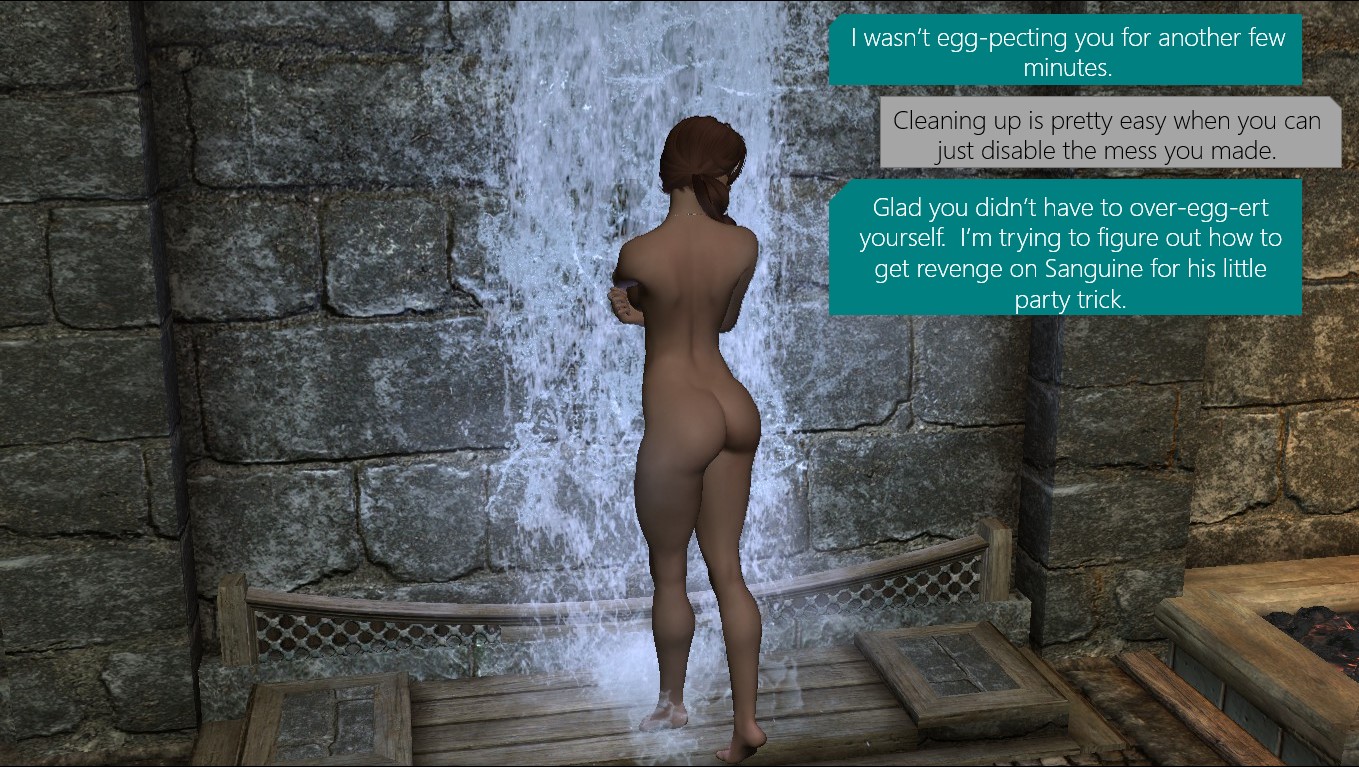 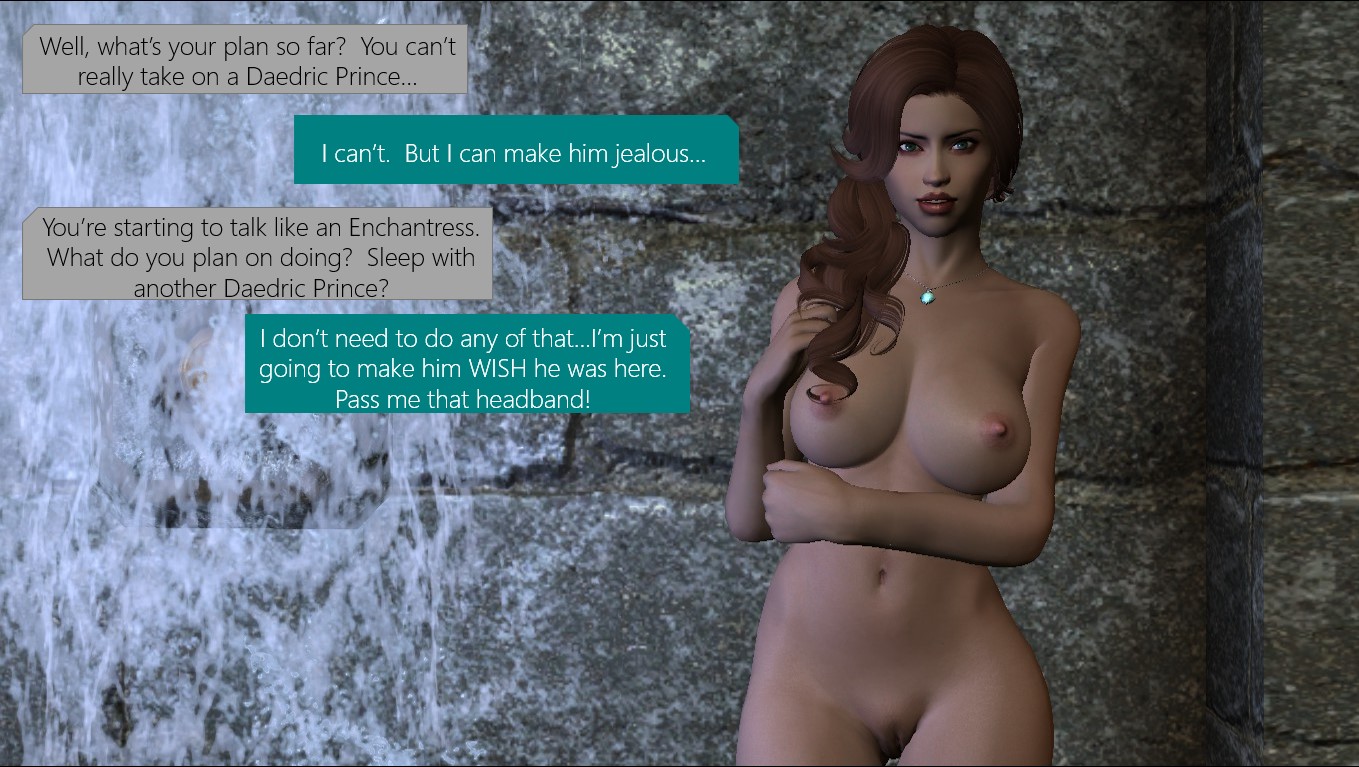 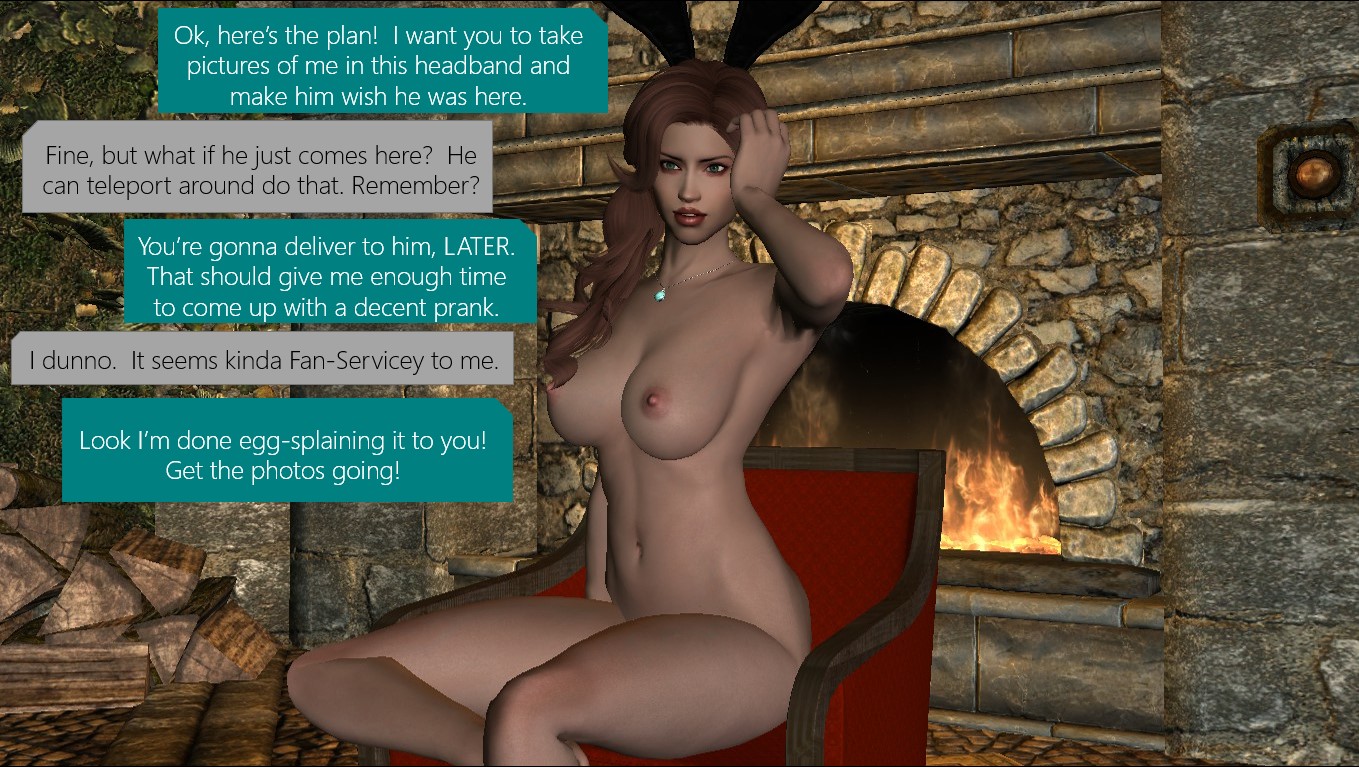 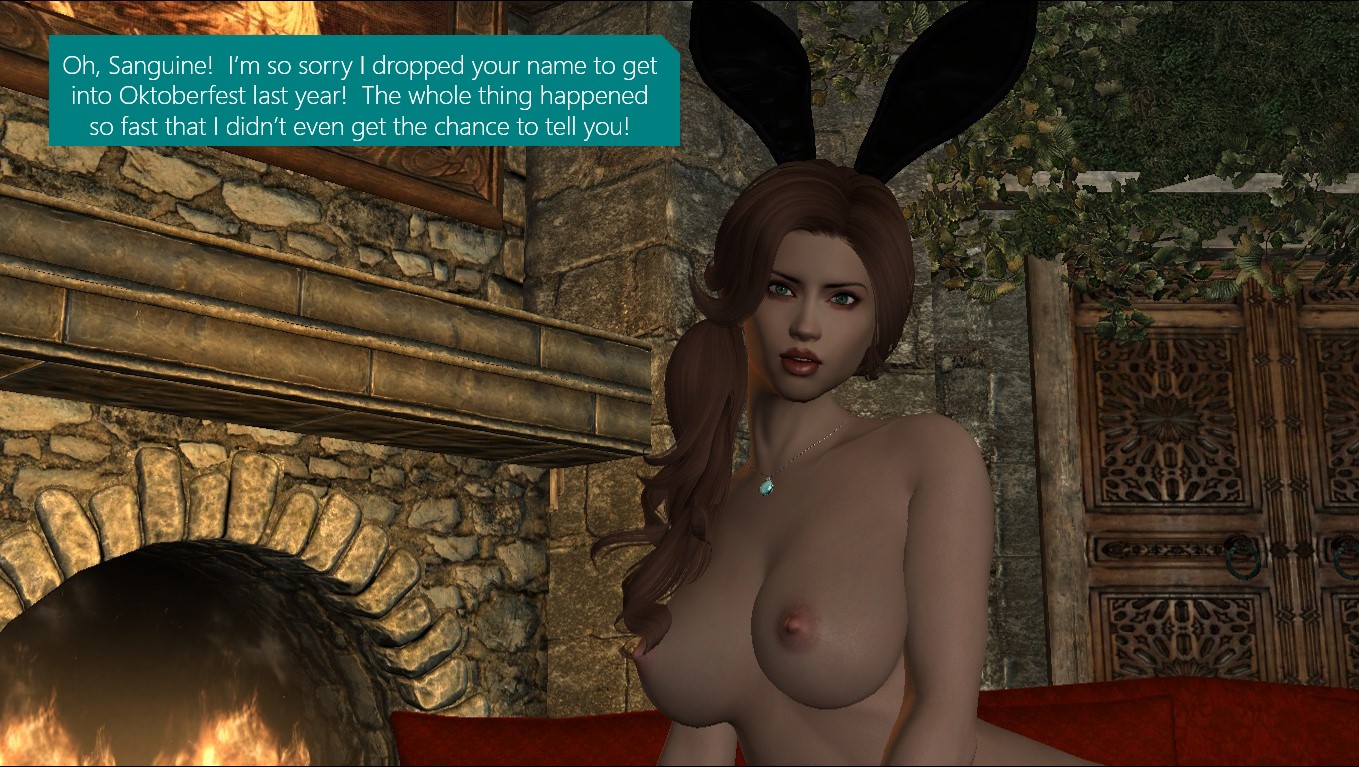 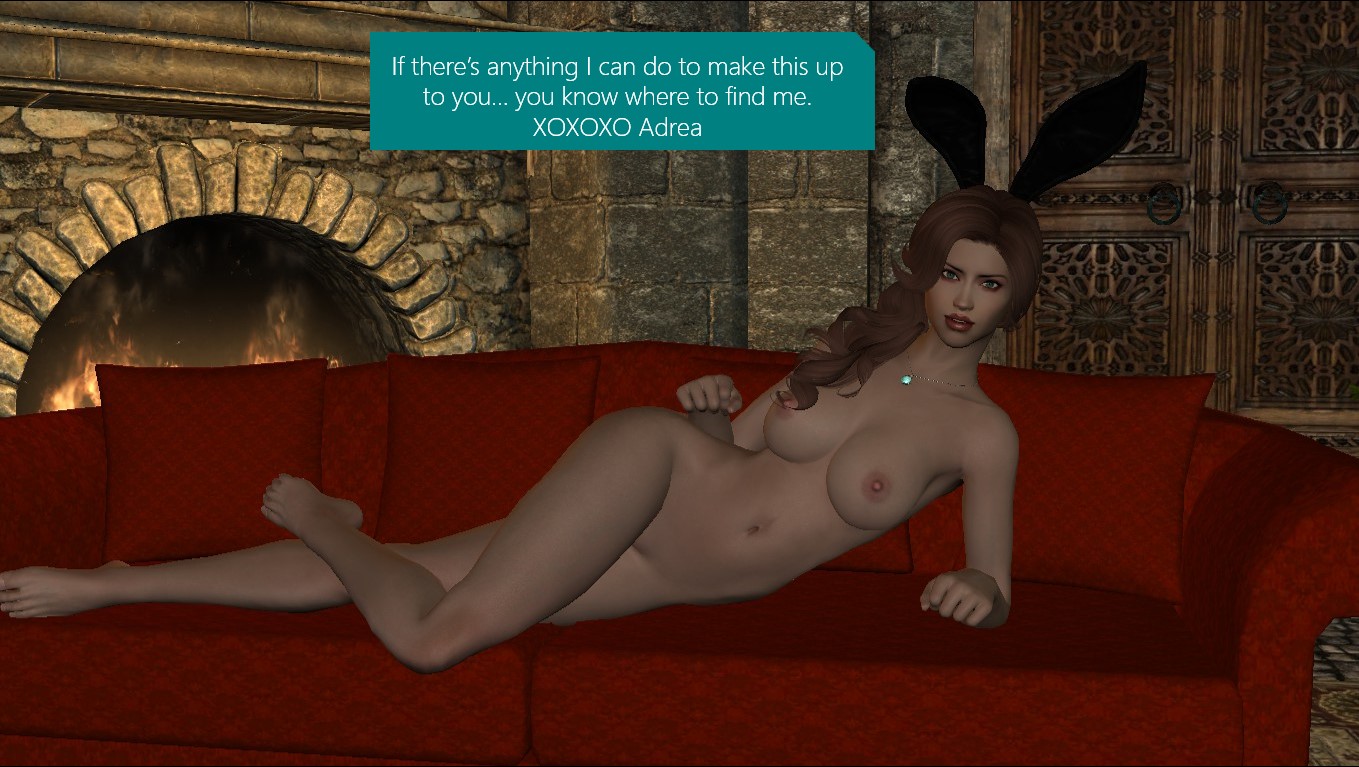 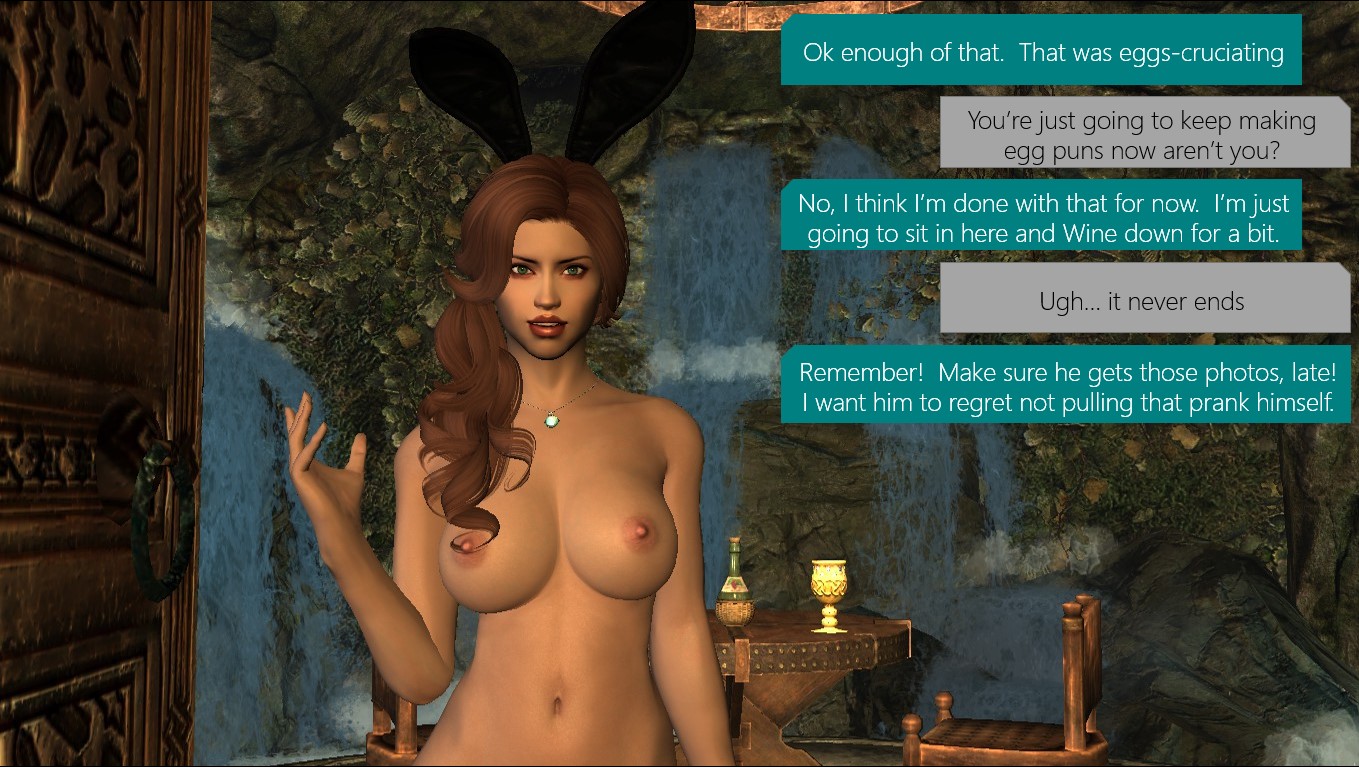