For this short entry, I took a few shots of, who I consider to be my best kept secret, Varina.  Sure Adrea gives Varina a bad rap because she’s in charge, but when that armor comes off, she is a sight to behold. 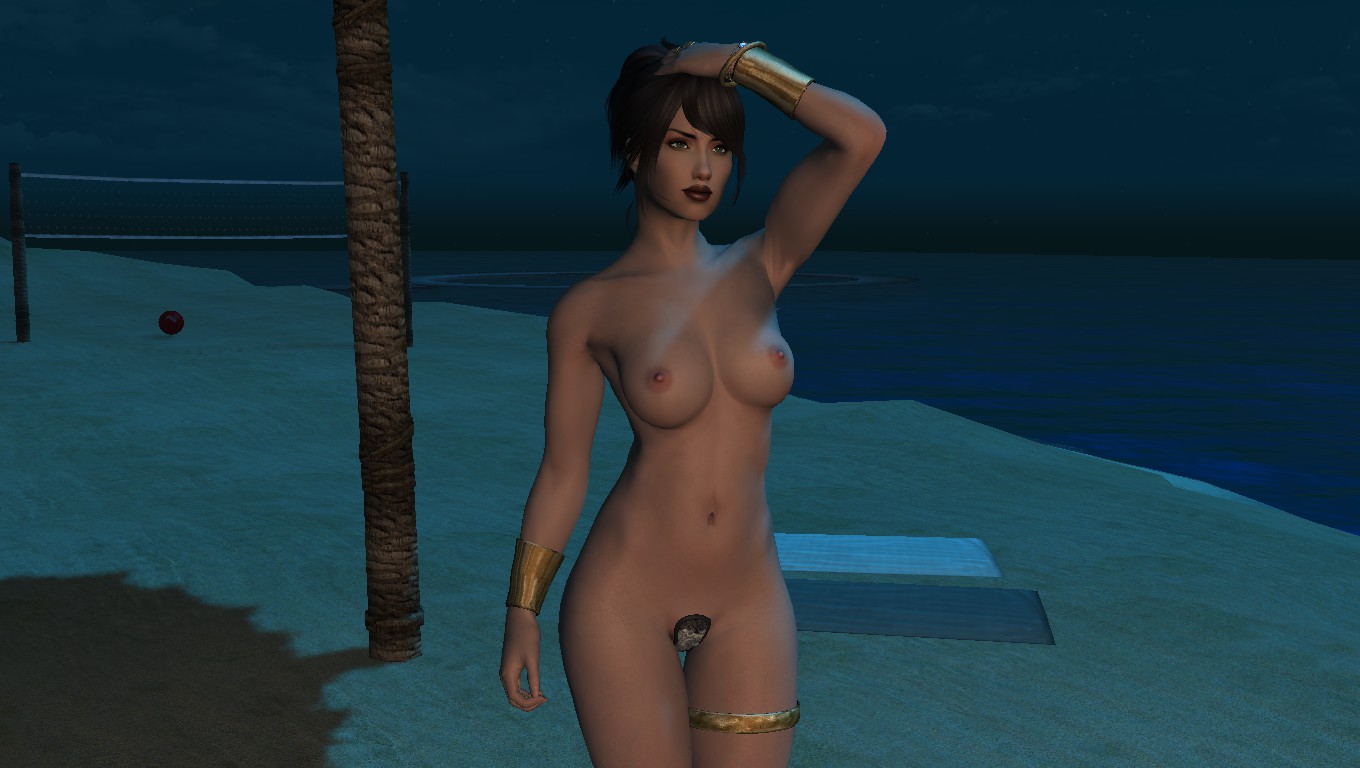 Hope you enjoy this entry!  Also if you have the time, let me know if you prefer the text on picture vs. text below picture.  I’m considering changing my style. 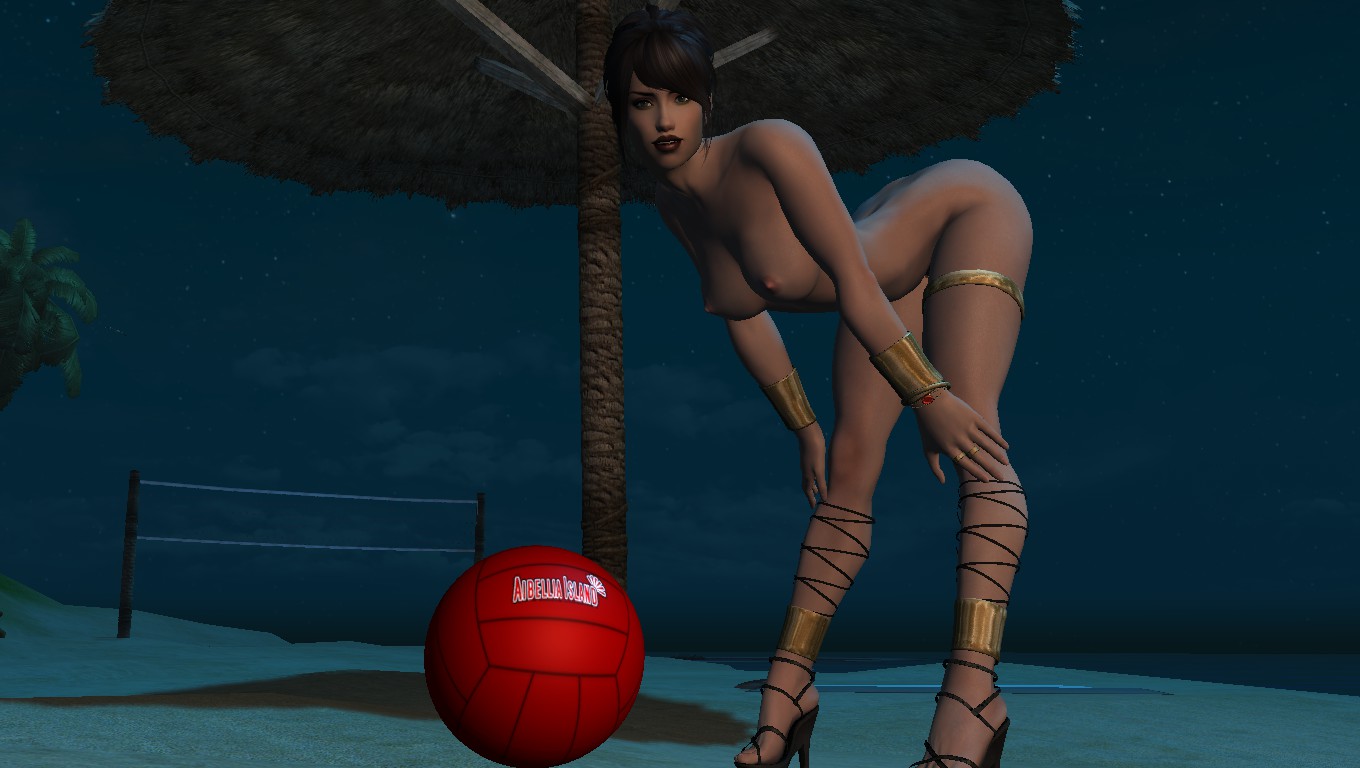 Varina:  Hello! Glad to be on this private island for this interview.  To be honest, it feels good to be out of that elven armor I’m in everyday.  Divines know, I could never get away with dressing like this on Solstheim. 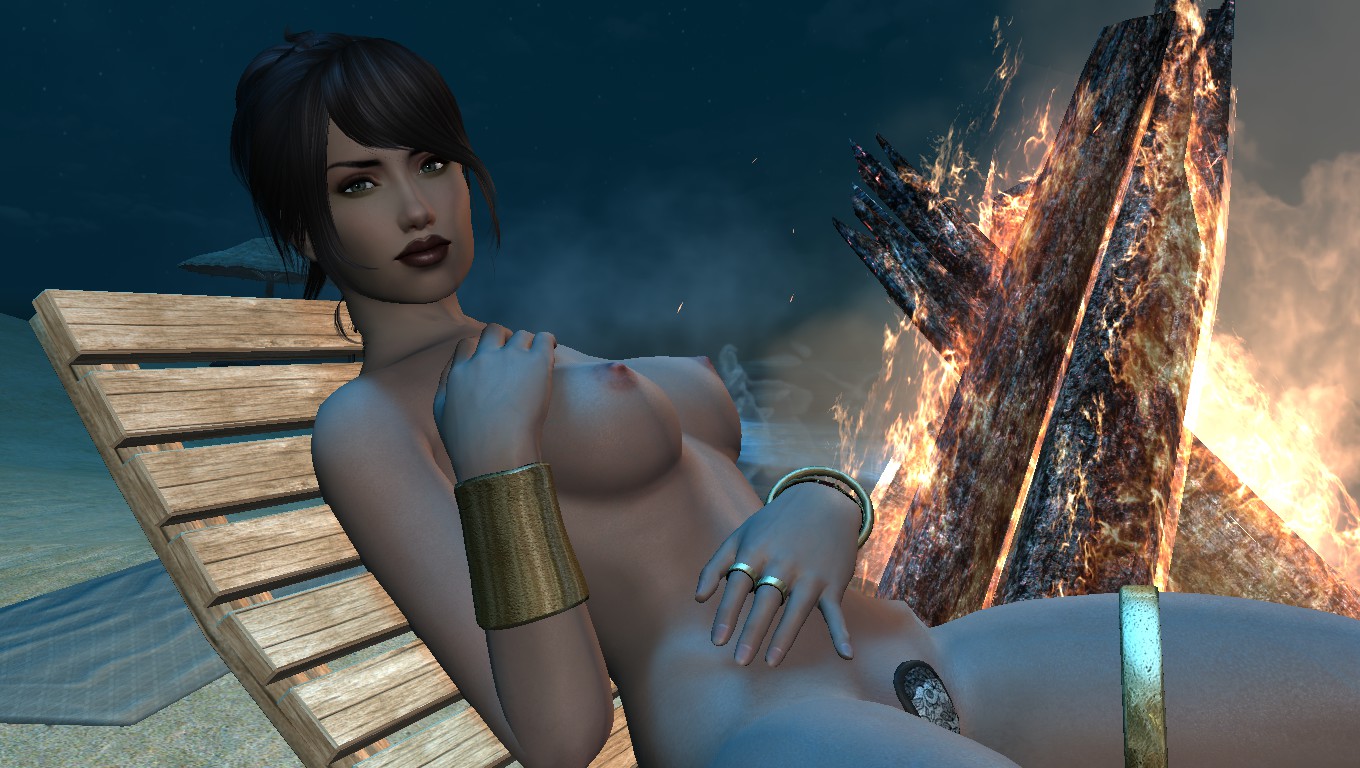 Interviewer:  To help people know you a bit better how would you describe yourself in a paragraph or two?

Varina:  I usually have to fill several roles throughout my day:  One, I call “Boss Mode” where I’m all business. I’m cold, calculating, also very strategic and I can get really aggressive like this which can come off as rude.  Another, I call “Mommy Mode”. As the leader of the Scarlet Sylphs, I am very passionate for each the member’s well-being. Others may think it’s just a job but to me it’s a family, and no one fucks with my family.  So I can be a bit overprotective at times.  Finally, I have a “Fun Mode” but more on that later. 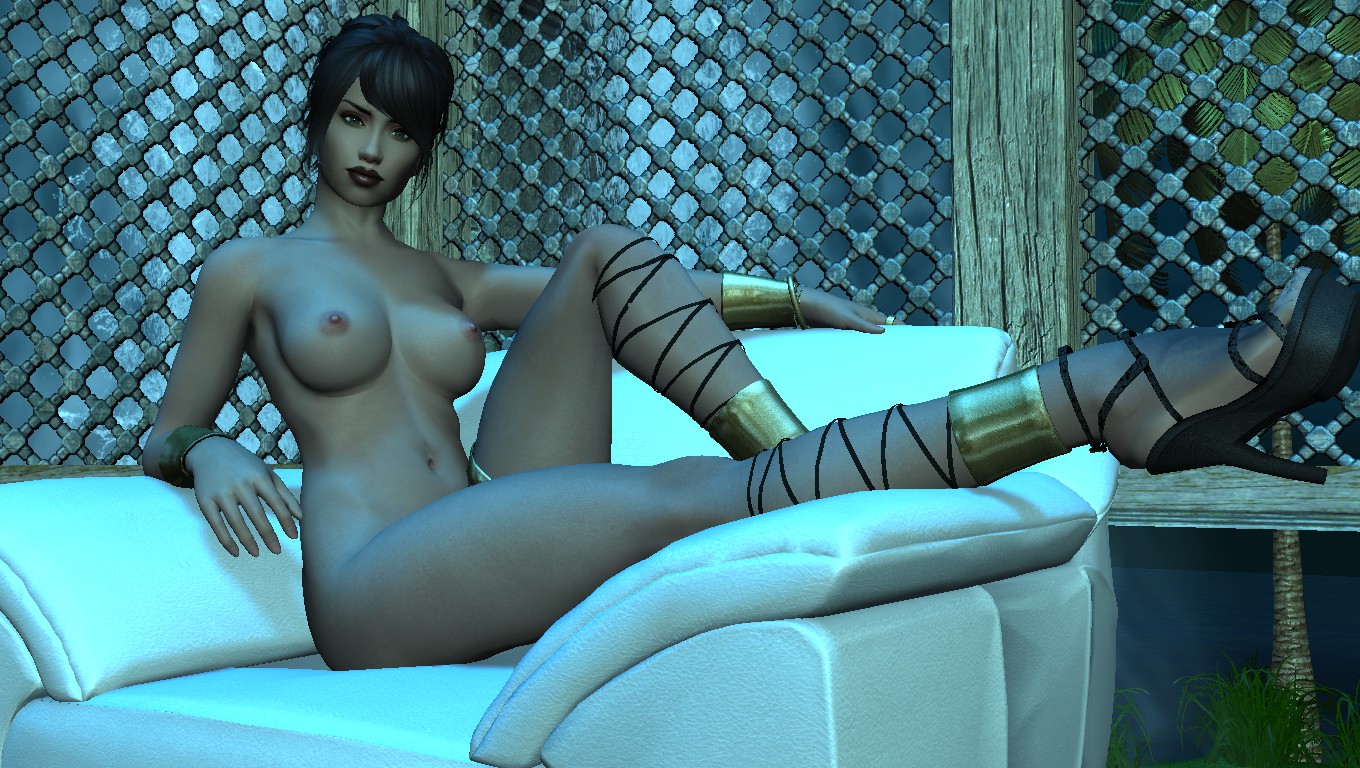 Interviewer:  Tell us a little more about your past and how you got to be a Mercenary?

Varina:  Without going into too much detail, I became a mercenary at a young age, taking jobs for the Aldmeri Dominion.  I picked up a few tricks from experienced Elven fighters from job to job. Humans looking for good pay could usually do a job or two for them and make a living as long as they don’t mind the elves elitist bullshit. As time went on, rather than a mercenary, they began to hire me on as a specialist to assist in their covert operations.  I travelled all over the Dominion with this role and “served” with some distinction, earning me a custom made set of elven armor. It’s rare for a human to earn armor like this, but I heard I’m not the only one anymore…apparently a blonde with a spear got herself a glass suit made… Anyway, while the high elves were still elitist asses, especially the Thalmor, I did gain a bit of respect after earning the armor.  After working with the elves for a few years, I decided it was time for a change, and drifted to Solstheim. Did some contract work, and eventually formed the group that would be known as the Sylphs. 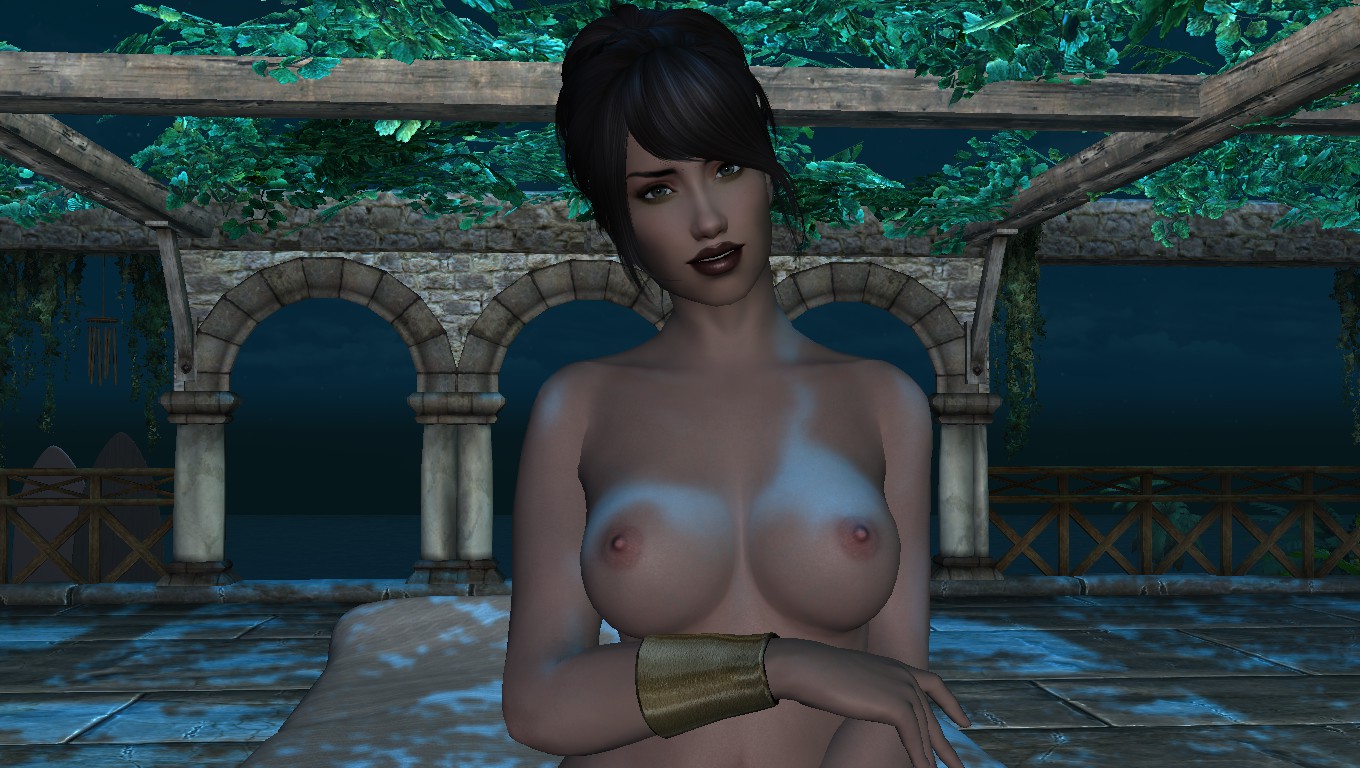 Interviewer:  Okay, so we know a little bit more about your past now.  Why don’t you tell us about your “Fun Mode”?

Varina:  Eh, I knew it was a mistake to tell you about that.  “Fun Mode” is where I unwind from the stress of my day.  Usually with a male counterpart, in a secluded area, with a bed...and very little clothing… Much like we are now…*long pause*… But I think you have a few more questions for me right?! 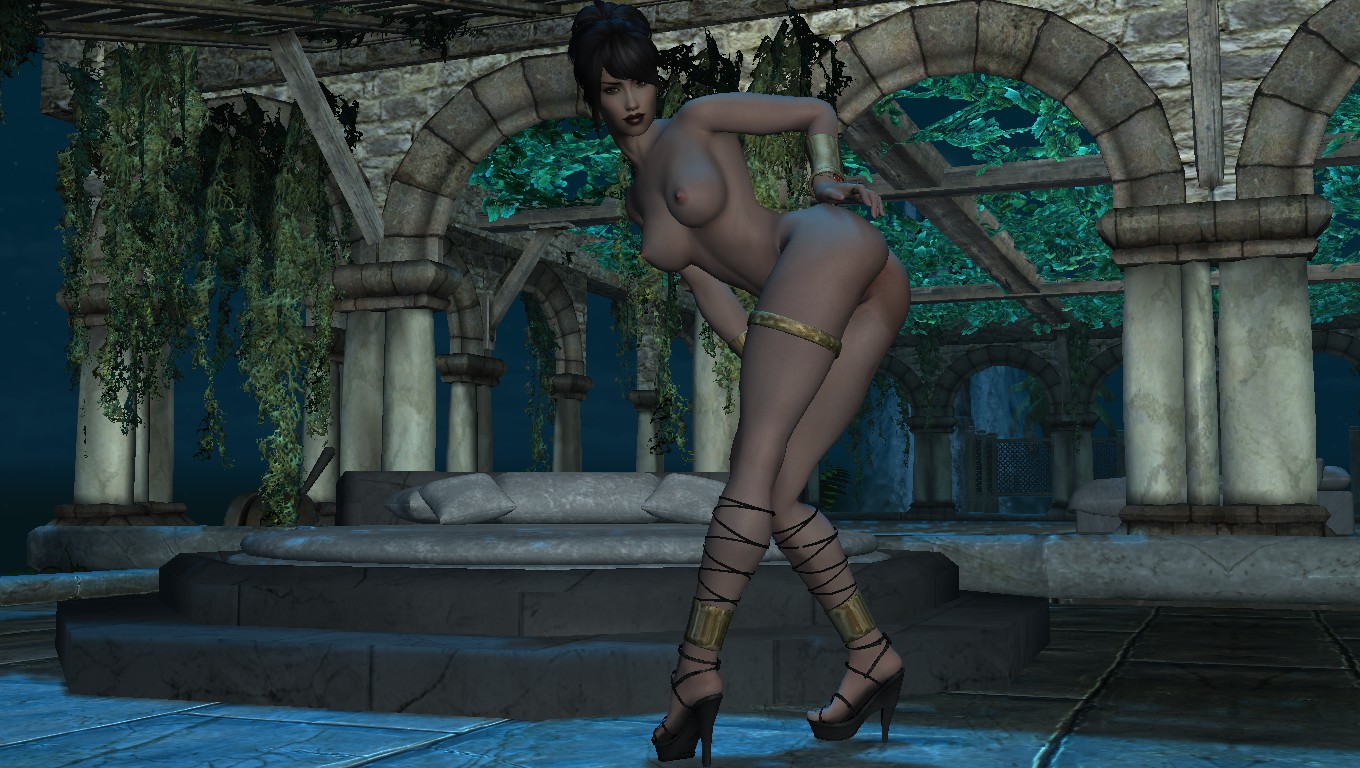 Interviewer:  Sexually, what would you say is your best asset?

Varina:  Straight to the point, huh?  While many have told me I the best booty in Solstheim, I’m going to go with my Stamina here.  I can just keep going for hours and hours and it doesn’t affect my performance, or rather, my partner gives out before I do.  Side note: It’s probably why I’m able to lead my group like I do. I just don’t get tired easily. 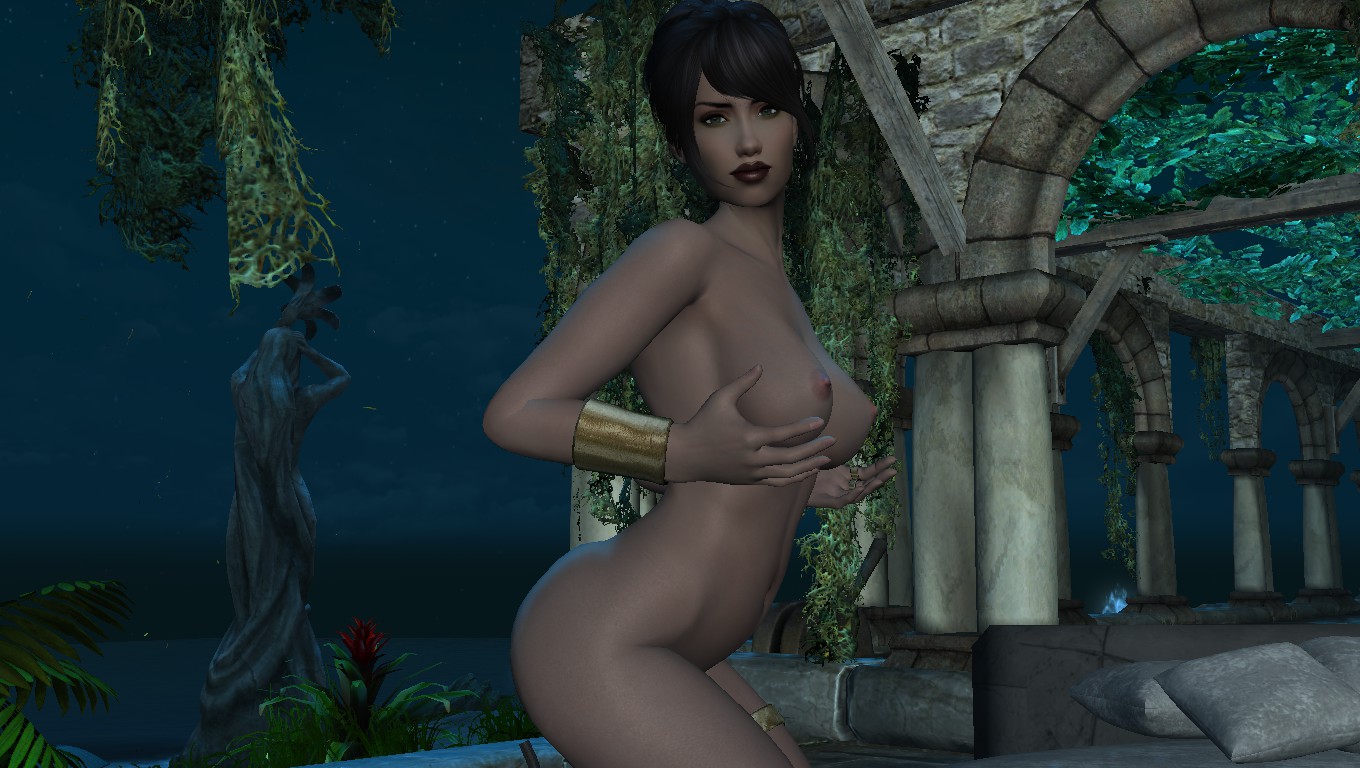 Interviewer: Similar to the last question,  what would you say are your individual group member’s best asset?

Varina:  Well for Dior it’s definitely her breasts.  They’re so big, I’m not sure how she even fights without them getting in the way.  For Eira… it’s a combination of her personality and her looks. She comes off as naive but it’s all just a game she’s playing to throw everyone off.  Deep down she knows how to handle people taking advantage of her and can actually be pretty brutal about it. 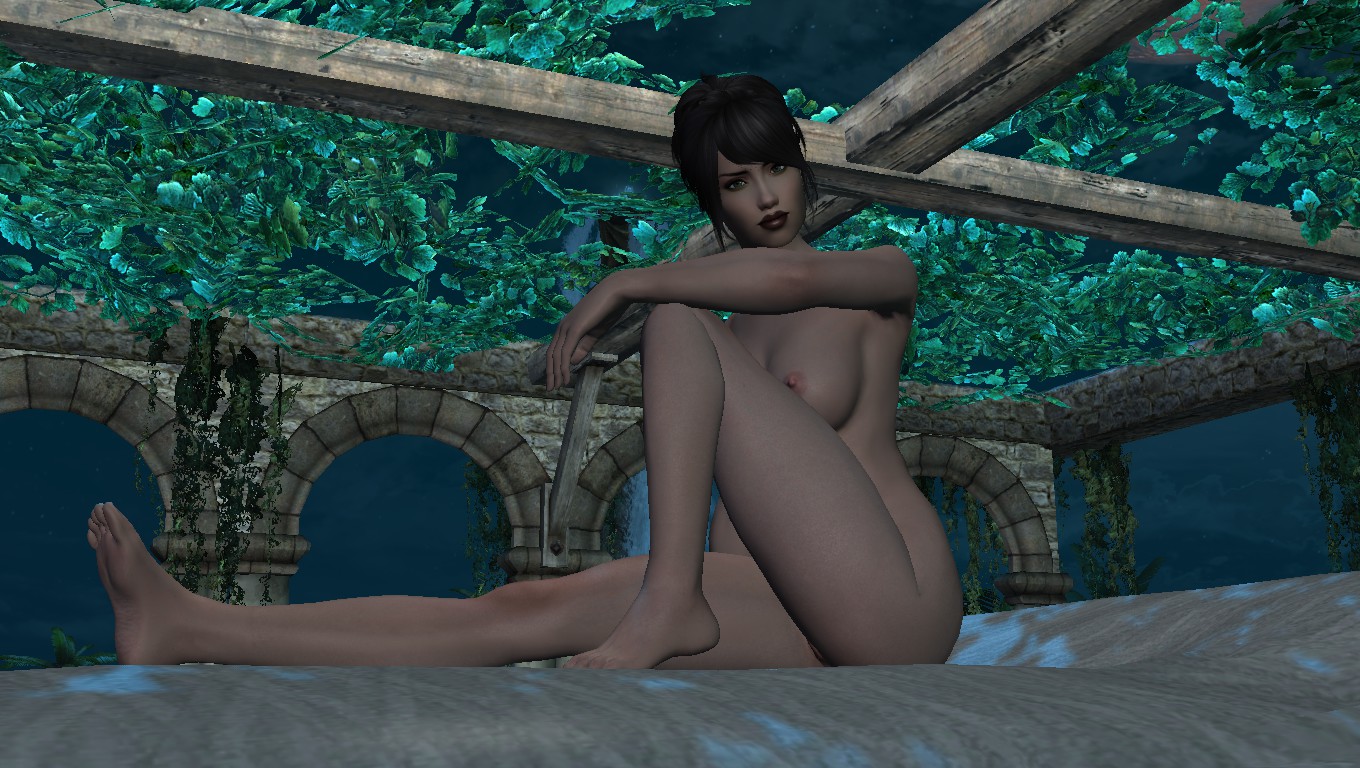 Interviewer:  What about Adrea?

Varina: *sigh* Adrea...Adrea, Adrea, Adrea.  Poor girl is a little lost right now, trying to make up her mind as to what she wants to do.  She’s usually very happy, but can also be very catty towards people snapping from one emotion to another at the drop of a coin.  But I get it, I would probably go a little crazy too if my job was to go somewhere and sit all day fixing magical problems. Most of the stuff she does is just enchanting and charging enchantments, so I’m usually pretty lax with her as long as the work gets done.  I was terrified when she didn’t come back from her “vacation” for 2 months last fall. I’m working her harder now as I don’t want her to get into any more of her “adventures” where I’m unable to help her. 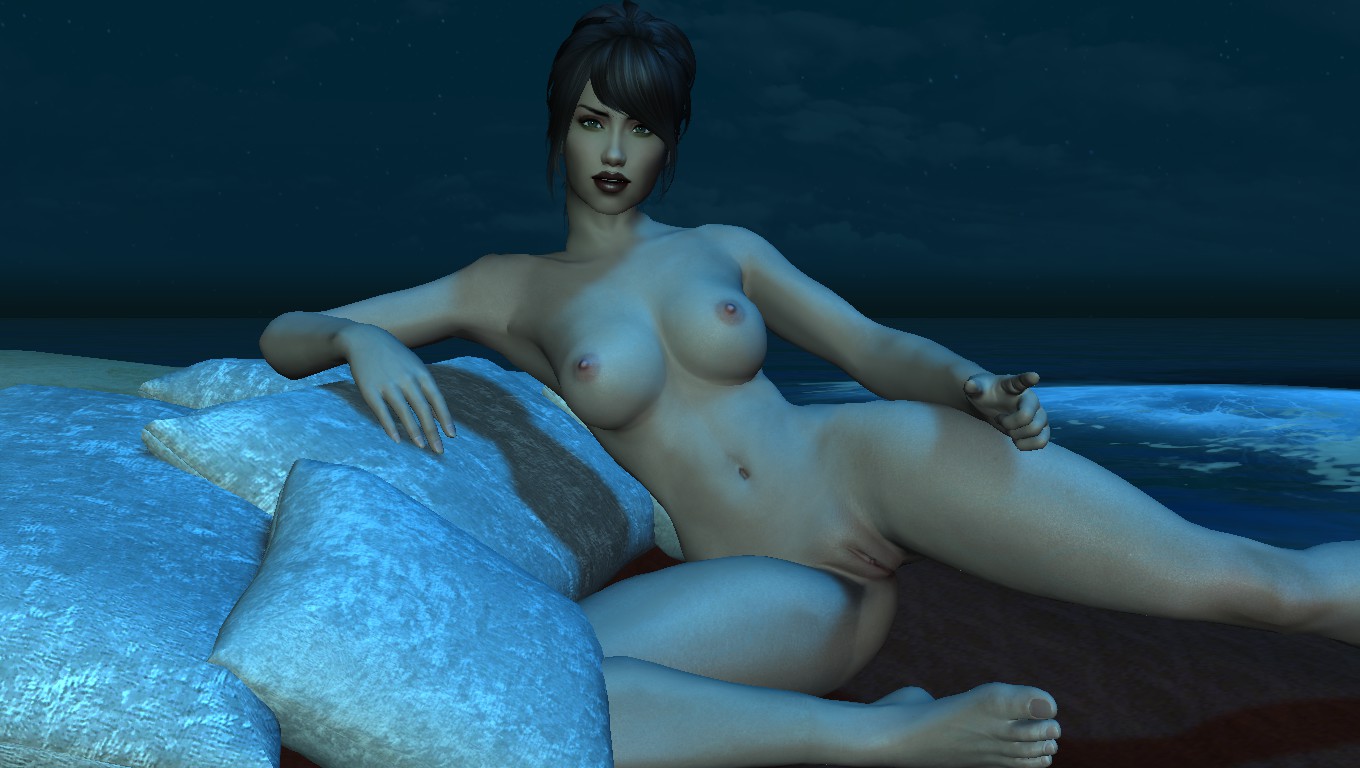 Varina:  You’re sure asking a lot of questions about other women when there’s one ready for action in front of you.  Put those cameras away..

Interviewer:  But the interview...

Varina:  Do you want to see “Fun Mode” or not, Mr. Interviewer?

*It was at this point where the interview stopped… 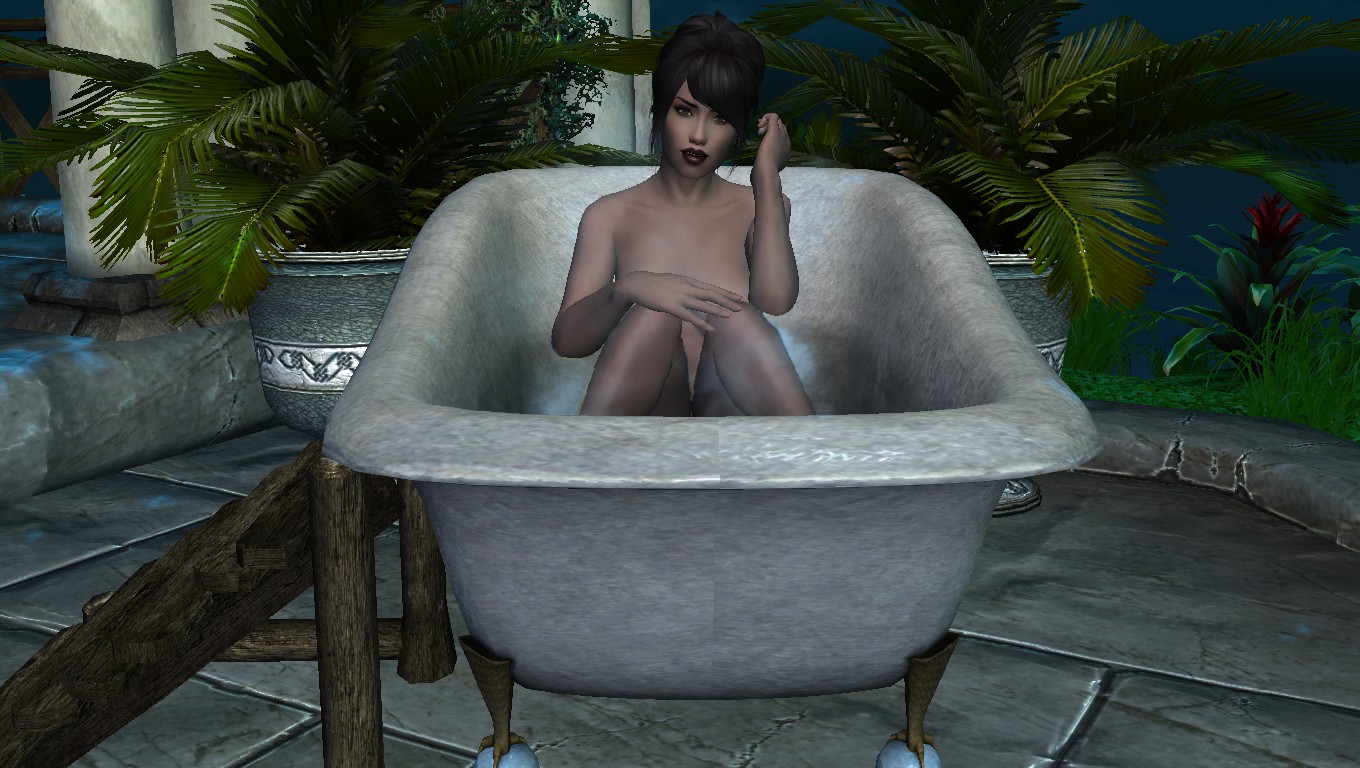 Varina:  Thanks for reading!  If you liked what you saw, let me know below if you think I need an “adventure” of my own.  I promise, I’ll keep the camera’s on next time… ? 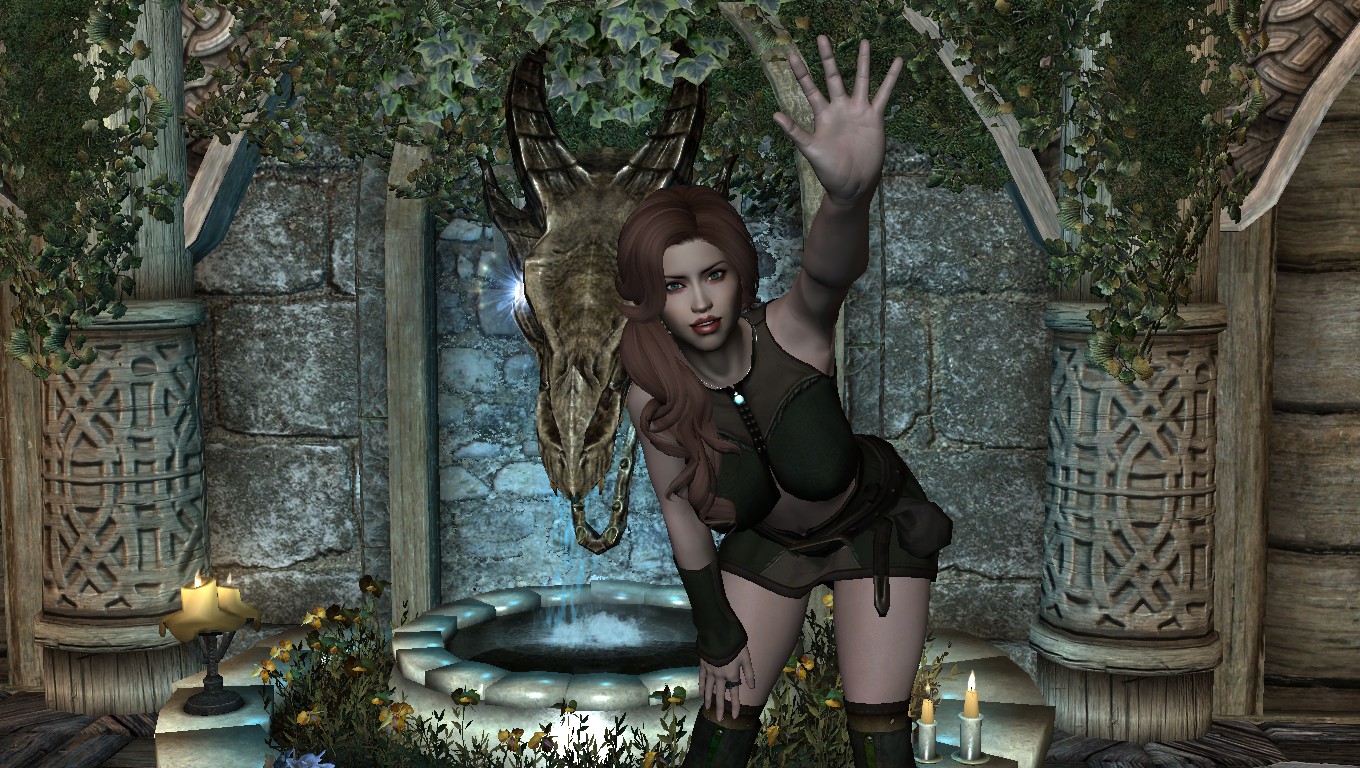 Adrea:  Thanks for reading about my Boss!  I’ve got some news regarding my next adventure! 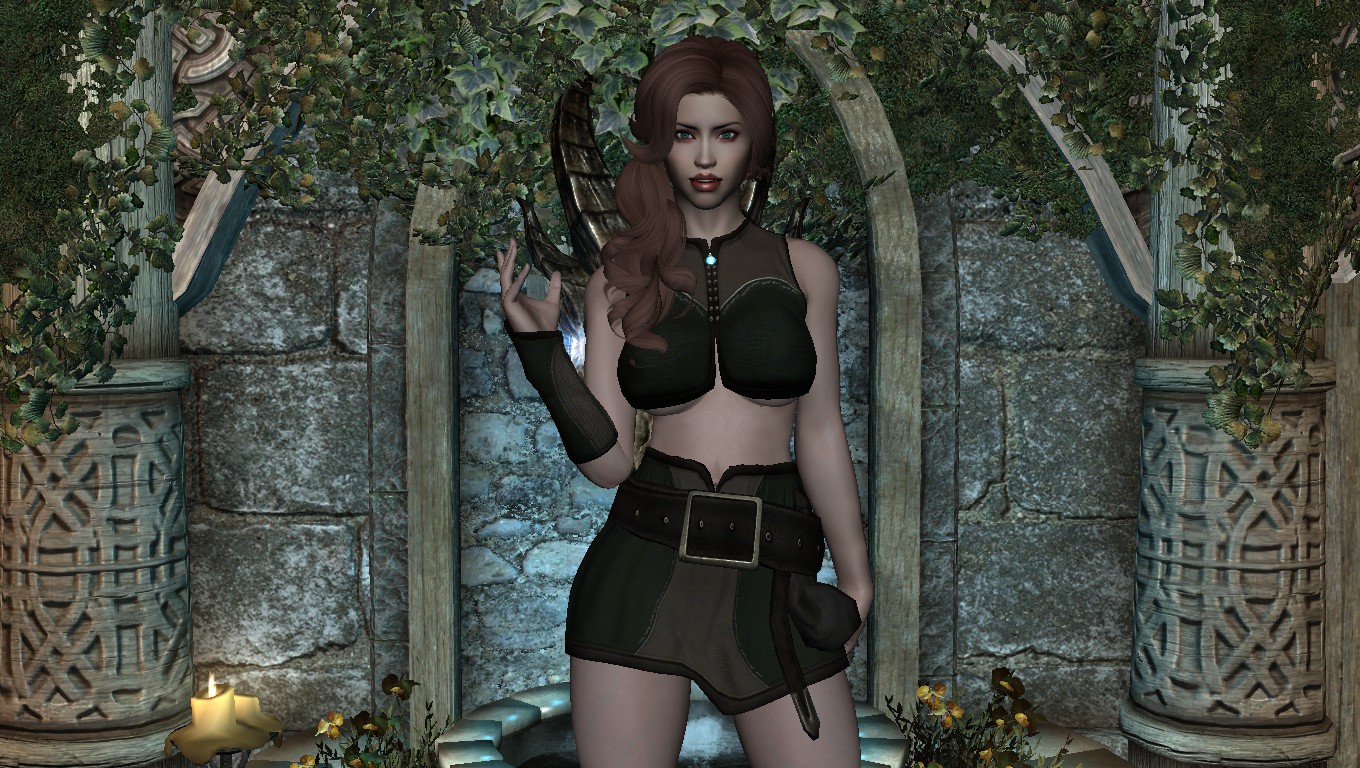 Adrea:  While DJ has been dealing with real life stuff, he did find some time to get some writing done on my next Adventure.  It’ll be called Adrea and the Cube of Force and it’s about how I start my journey towards becoming an Enchantress. Look forward to it! 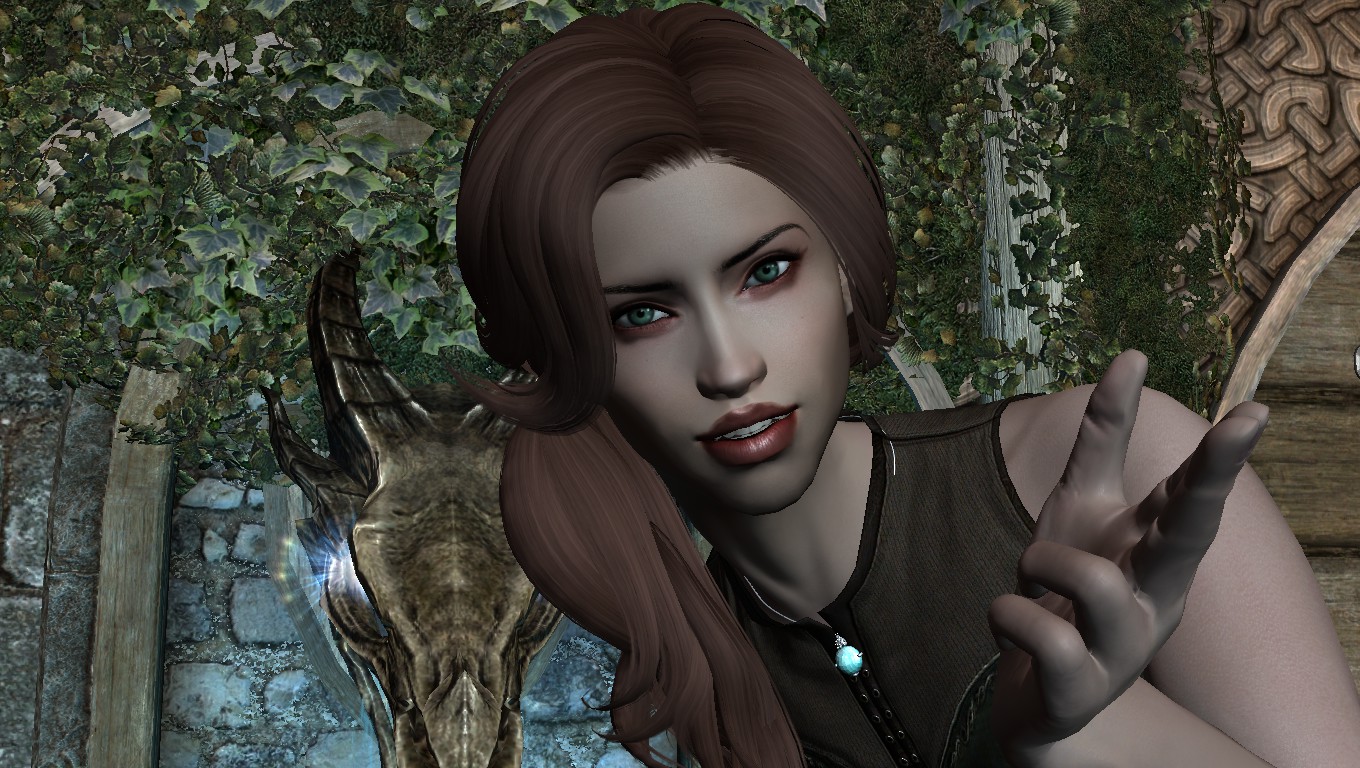 Adrea:  Shooting will begin next week, even if I have to replace DJ with a Construct that subsists on nothing but Coffee and Computer Screens.  See you soon!