am i getting better?

i was taking these screenshots for 3 hours and my head now hurts because of the struggles i went through, now i must meditate to the music of the down-tempo gods to fix it (or just use medicine)

for these screenshots i was experimenting with

looks, to the point where i made a whole different character, i believe i changed hairstyles at some point aswell

racemenu, i learned that you can use poses with racemenu, i encountered some problems with weapons disappearing though

expressions, i dont want my characters to look dead inside so i've been doing more expressions

winks, alot of good screenshots i've seen involved winking so i made sure to take a few pictures with a lil WINK

and lighting, the biggest problem i've had was with lighting so i made sure to switch it up

i also took a few futa pictures, like i said the futa content thread seems to be filled with great screenshot takers so i'm taking examples from there. but i could not figure out for the life of me how to make the penzor schlong look decent, and at some point a "half cock sock" appeared in a shot, so theres that.
i also tweaked enb a little bit and added prepass, i like the outlines so i kept it but i could end up removing it.

futa and werewolf at the bottom 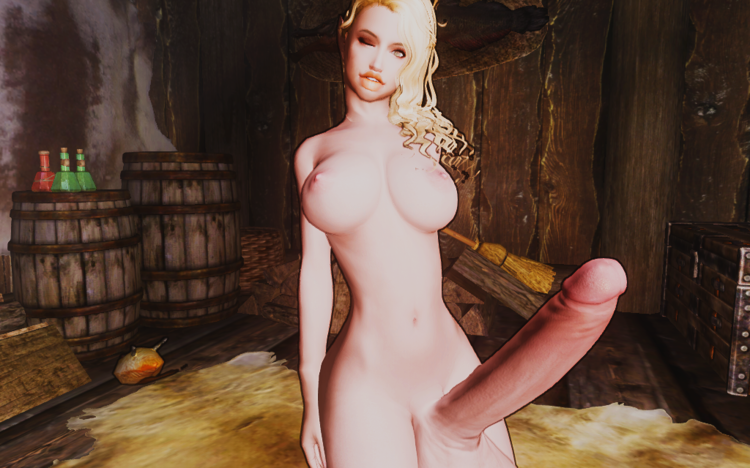