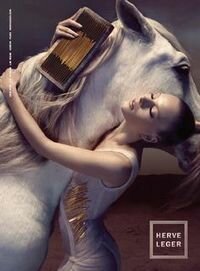 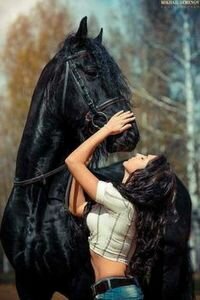 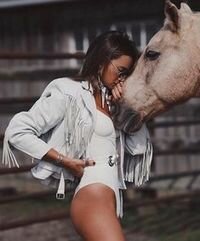 > Seeing these pictures on Pinterest I was angry and the first thought that came to my mind was: these girls love the horses in more inappropriate way like, they would love to ride them, but not on their backs. Even if the horses on these pictures might be mares, their showing of affection to them is very wrong - it is very sexual. But what is interesting that some people would less criticize and judge bestiality and zoofilia than homosexuals, lesbians and bisexuals. Having sex with same gender makes them sick, but bestiality is OK. It's fucking insane, frustrating and makes me very angry.

> People (male population in general) likes to talk and watch women having sex with animals, but they "hide under the carpet" male sex with animals like it doesn't happening. Just look the pictures of bestiality on LL. You'll never find male fucking any animal. But, the reality shows opposite. I checked several bestiality sites and and found a lot of videos where men fucked various animals. If they talk about such men they call them psychos and weirdos and crazy, but if the women does it they are horny sluts and bitches. Why am I saying this? I hate generalizations!!! Many people here, on LL talks about us, women like we hardly can wait to be fucked by EVERY man and MOST animals, preferably horses and dogs. Well, that's fucking wrong and untrue. Not every woman likes to fuck every man and not every woman loves bestiality. As a matter of fact more women hates it than like it. My wife and I are among them. It's disgusting! I hate to be labeled as bestiality lover by default just because I am a woman!

> English is not my native language and I apologize for bad grammar and occasional typos. Thank you for reading.  ?❤️