In case anyone was wondering what I am up to next, as indicated in a few of my posts, I am taking a planned break from the Maze, and working on a new project (in order to have some variety, so I can switch between the mods before burning out doing just one) which will complement the Maze. It will expand on the concept of the Frostbite Clan, a shadowy organization of giant Nord women who control most of Skyrim's slave market. The mod will add a number of dealership outposts, in all the major cities and some of the smaller towns, it will add quarries, mines, and a brothel or two, and other facilities, between which the unfortunate slaves owned by the clan, and eventually the player – when enslaved, will be dispatched and where they will be forced to performed various activities to earn their mistresses their keep, or where they will be sold off to customers.
The PC quests, however, will be a mod of its own. This mod will only focus on providing the stage, as well as integrating slavery into Skyrim as a natural part of life so that when the player is eventually enslaved, be it by the future mod, or by any 3rd-party mod, they are not the only slave in Skyrim.

But wait, you might say, there is a mod that already does that. Namely Hydragorgon's Slave Girls. And it is a truly magnificent mod. I had it installed for quite some time, and as much fun as it is, some aspects of it always broke the immersion for me, like the purple glasses, or some of the more modern gear (same reason why I regretfully got rid of Laura's Bondage Shop), the fact that all of the slaves were naked at all times, (apart form the latex ones, who also did little to improve immersion). I enjoyed the jokes, but for my taste, as a whole the mod is a little over the top.

I must give major credit to Hydragorgon, though, as Slave Girls was the chief inspiration for me, creating this new mod.

One other thing with Slave Girls was the script-heaviness and fairly frequent issues, like the wandering slavers being attacked by villagers, in the process of which some quest NPCs got slaughtered, and I suspected that, in VR, the mod has some impact on performance, though I am not as sure about that anymore.

In any case, I decided to make a replacement for Slave Girls, which would be more to my taste, more gloomy, less in-your-face, more light-weight, lore-friendly, and with some overarching story behind it.
So that's how I decided to develop the idea of the Frostbite Clan, introduced in A Perilous Maze.

There will eventually be one or two competitor slaver factions, but the Frostbite clan will have a near monopoly over Skyrim.

As, since the Great Slave Rebellion, male slaves are illegal in Skyrim (because they were too difficult to control), there will be only female slaves. The slavers will be also exclusively female (aside from my personal preference, a practical reason behind this is that it will halve the voiceover work and save me a lot of scripting).

The Frostbite Clan is an ancient Skyrim-native family who has been perfecting their trade for hundreds of years now. Some say that their origins go as far back as the ancient Nords, others say that they cross-breed with Giants. In any case, most members of the Frostbite family are of abnormal size, what is quite useful in their trade. Some lower-ranking members are recruited from other Nord-only families. Their influence reaches from Markarth to Riften, and they seem strangely unaffected by, as well as indifferent to, the civil war. The scope of their influence, of course, doesn't stop at the borders. They buy captives and sell trained slaves to both sides of the conflict, and to and from other provinces and countries. Some speculate that they are the richest family in Skyrim, even richer than all of the Jarls. In any case, no one wants to be on their bad side...

And there's much more than that. It's all in my head, the only limiting factor is the time and the speed at which I can feed all of this into my computer.

The absurdly strict lockdown our government has been imposing on us for a year now has ruined my business, so this is basically the only thing I do now.

In the pictures, you can see the first two slave stores (I call them dealerships, as in my lore, like it was in history, slaves will really be a luxury commodity, not something a commoner can afford. Only the richest citizens and nobles, and wealthy companies will be able to buy them. So, what do you think? 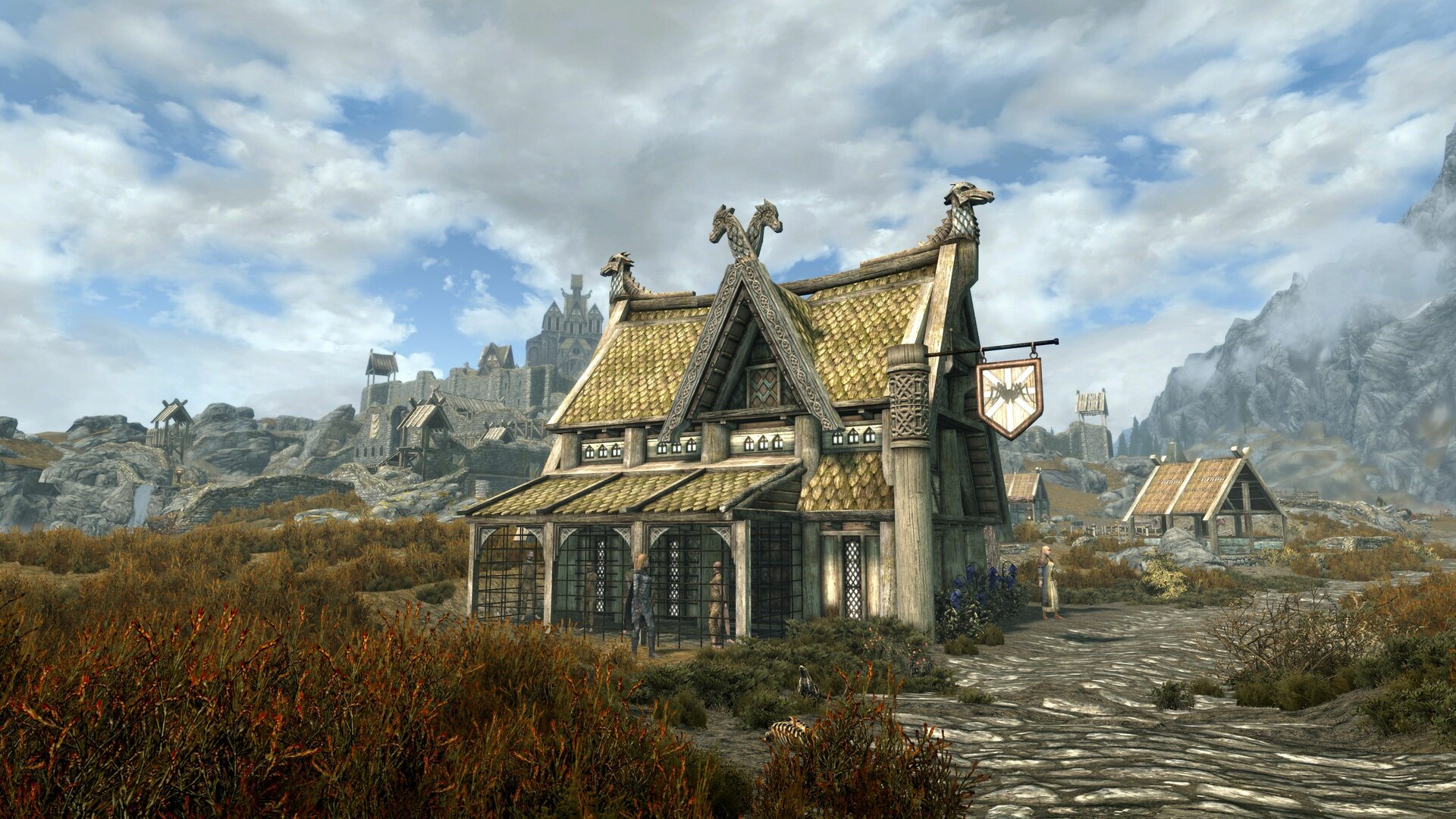 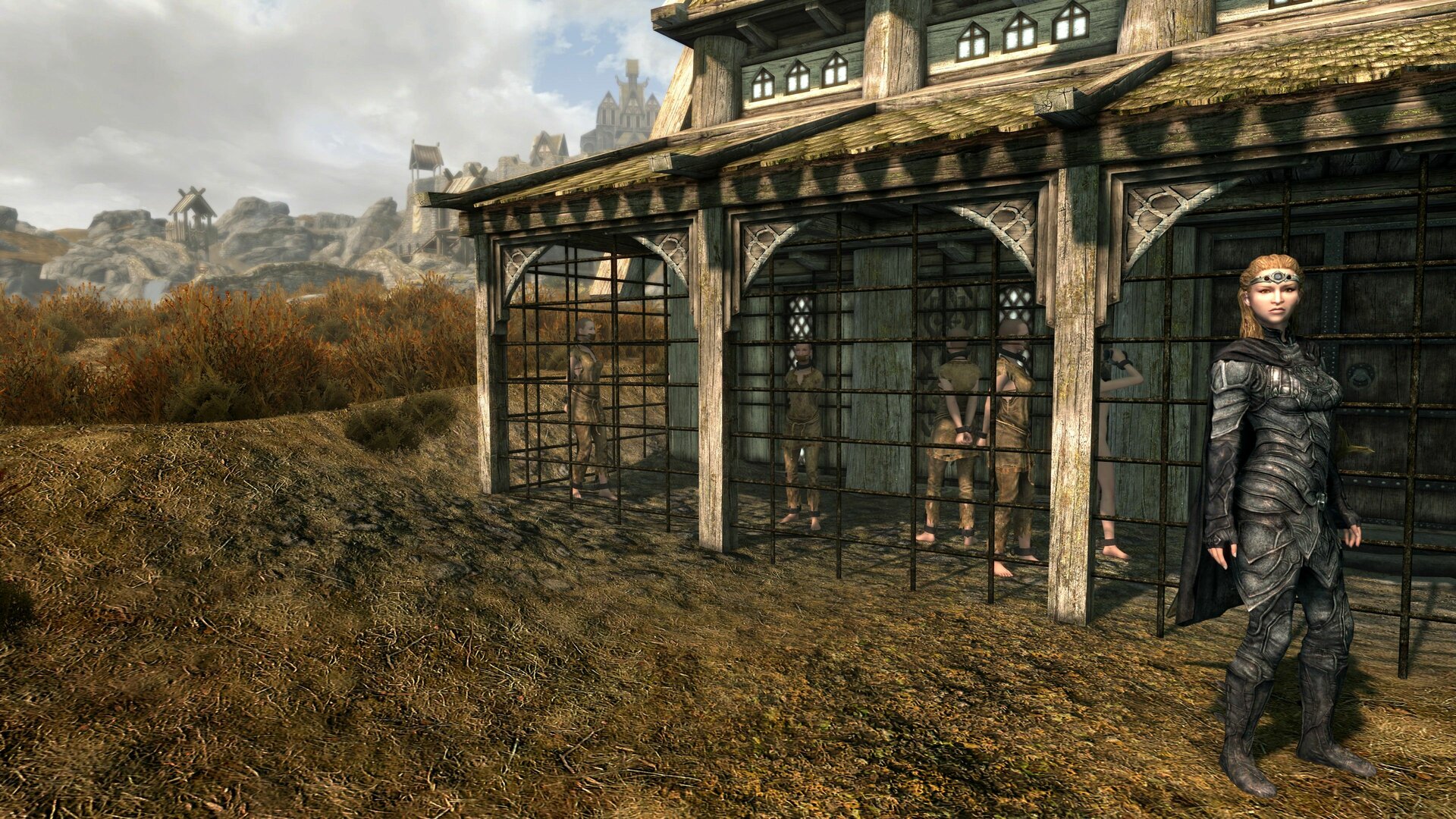 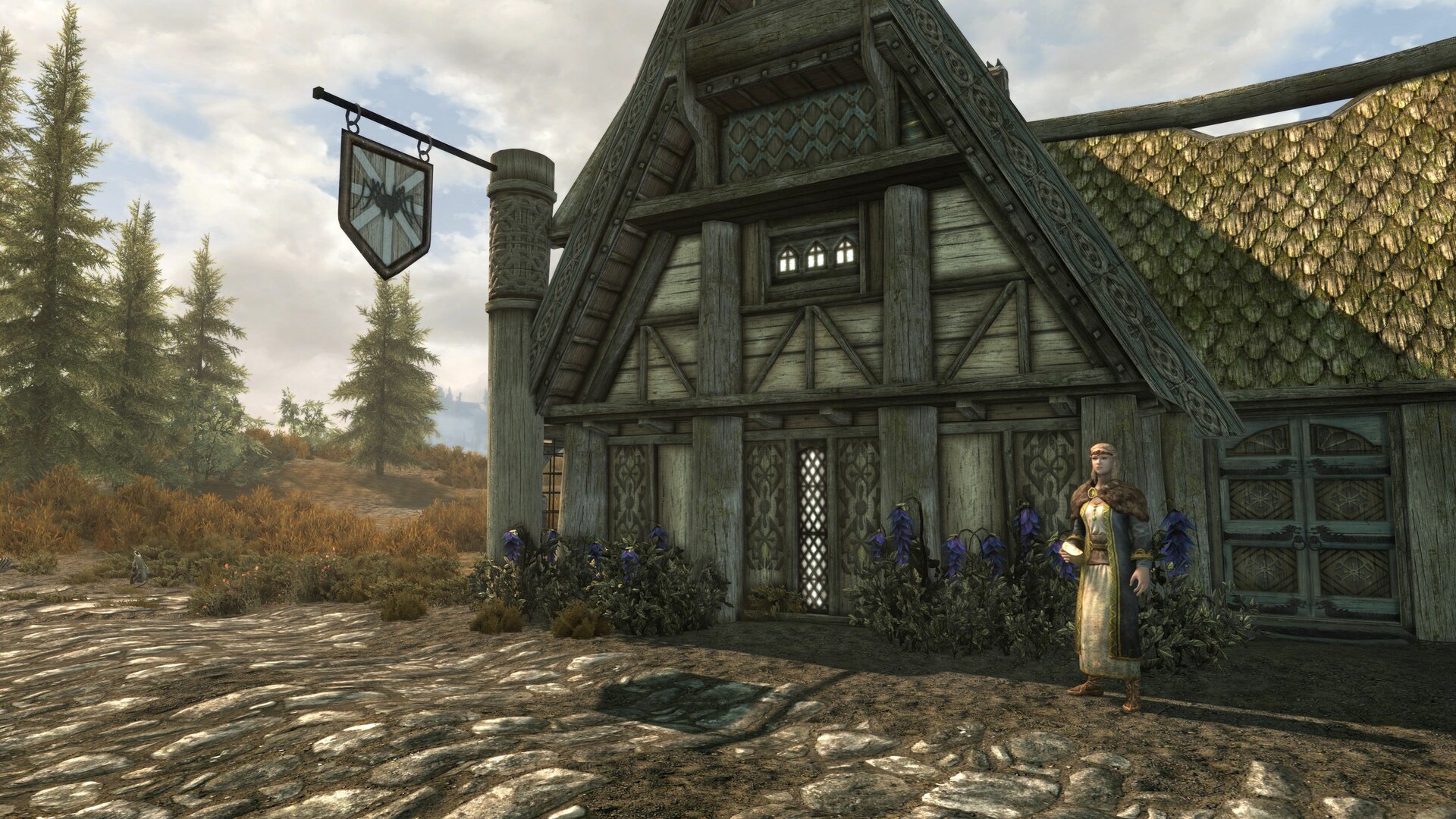 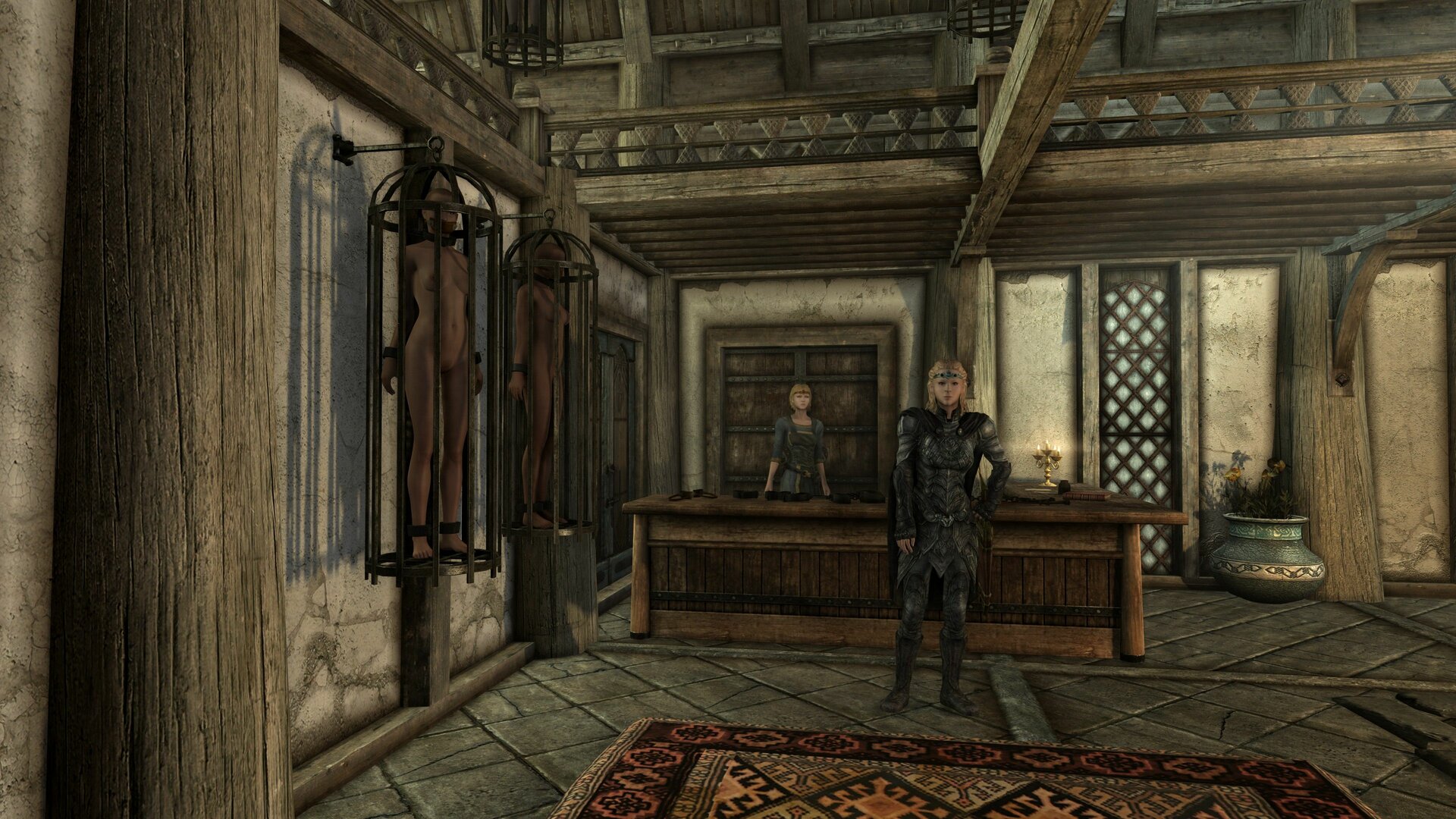 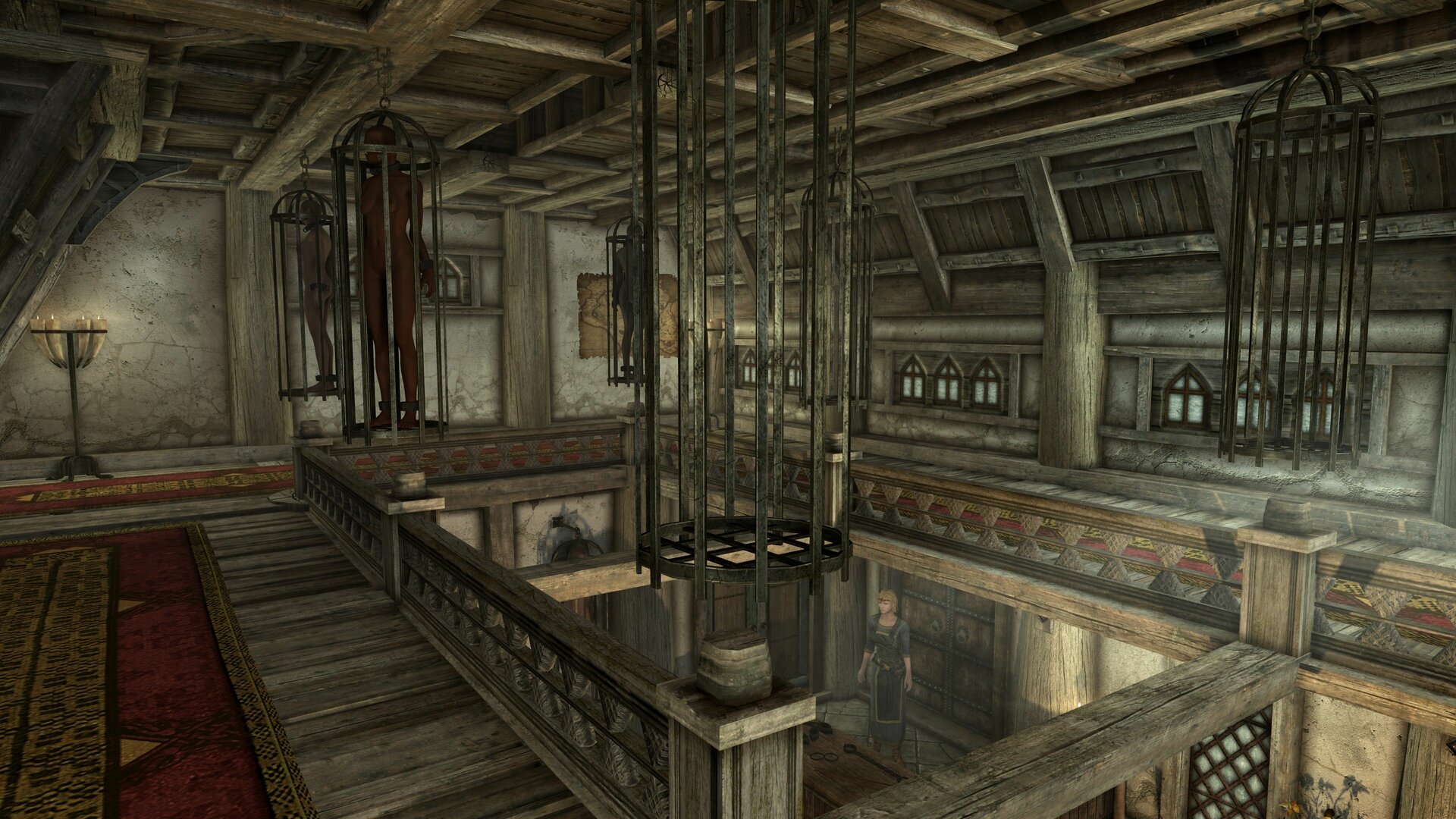 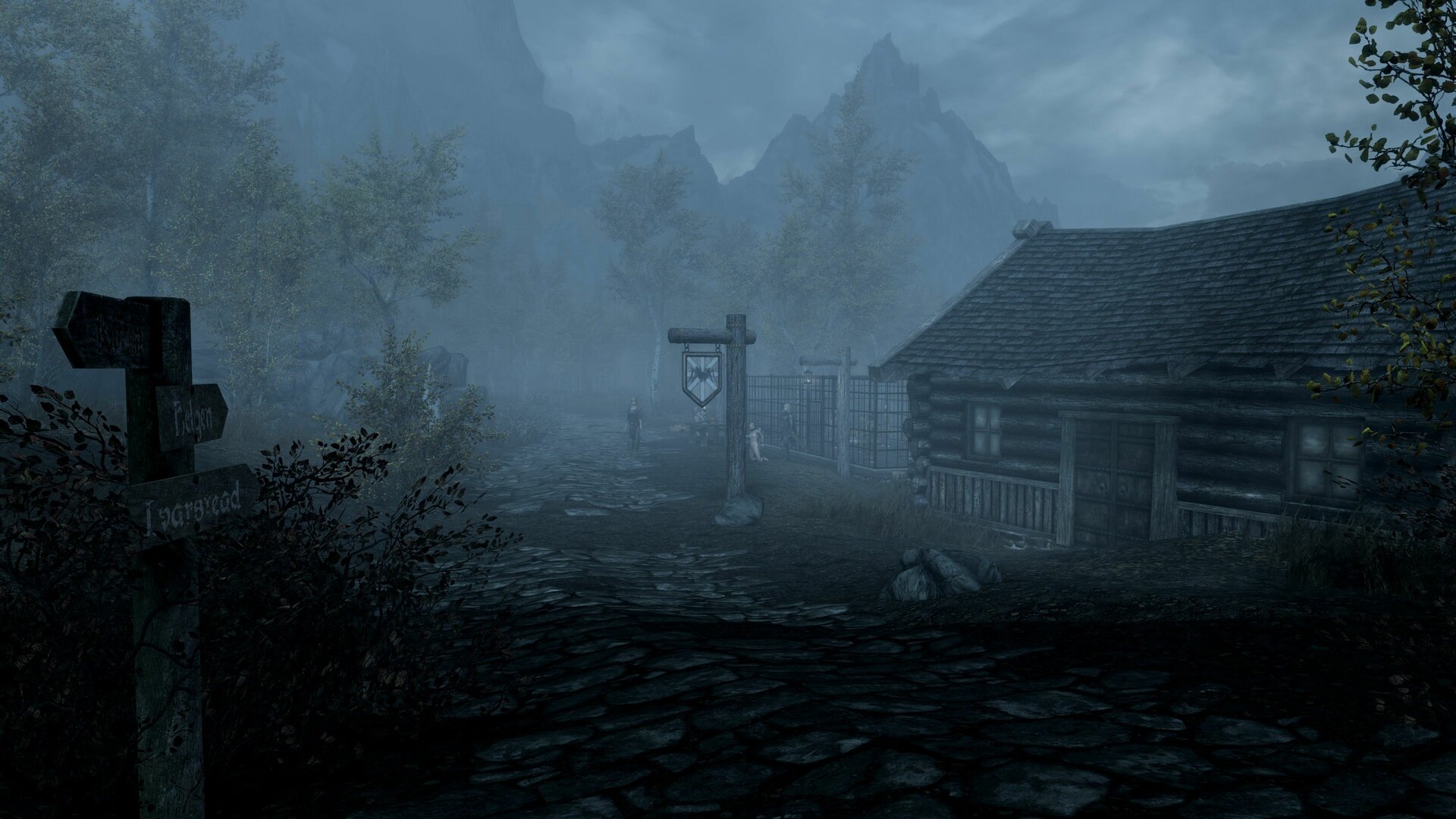 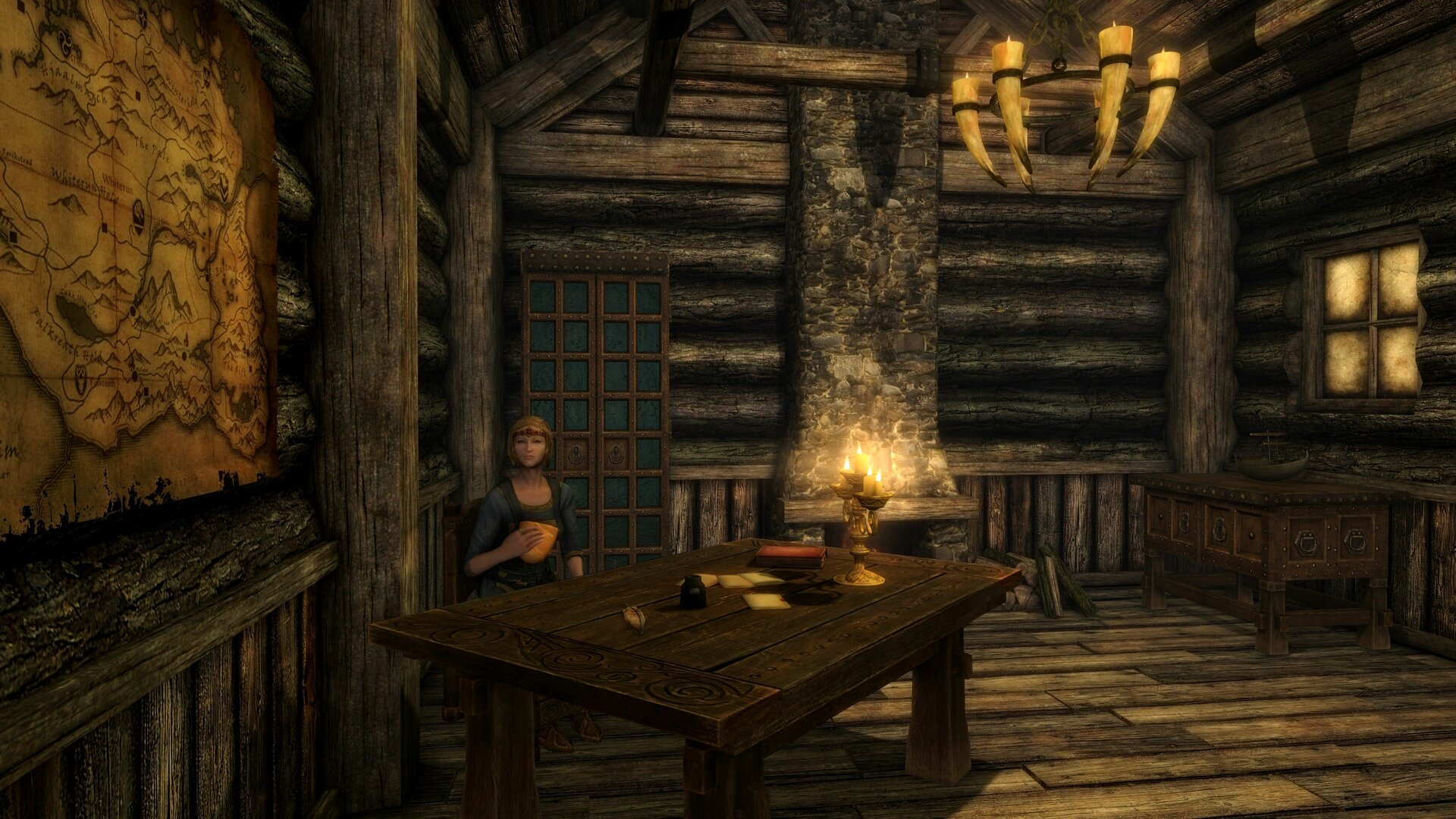 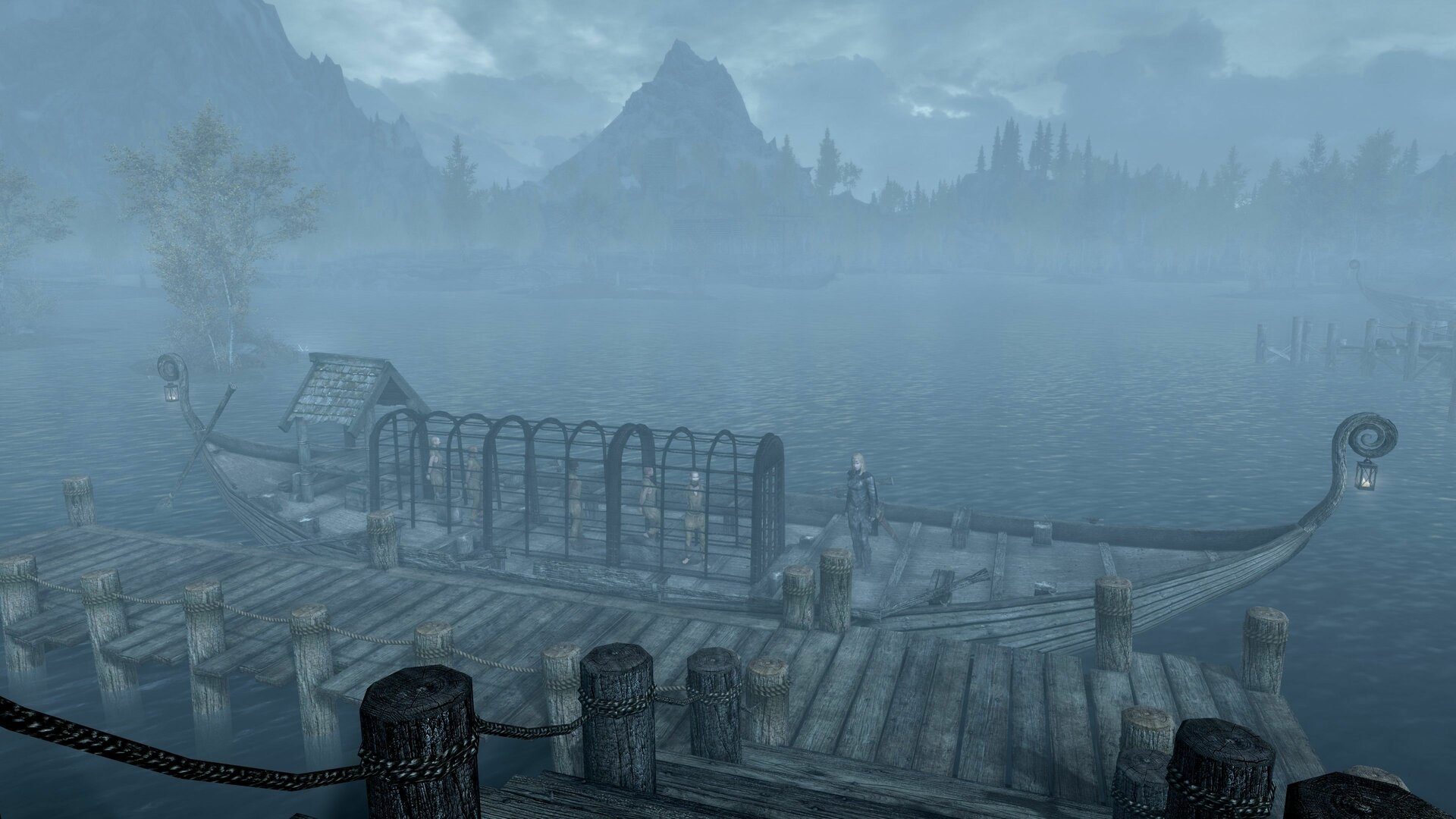 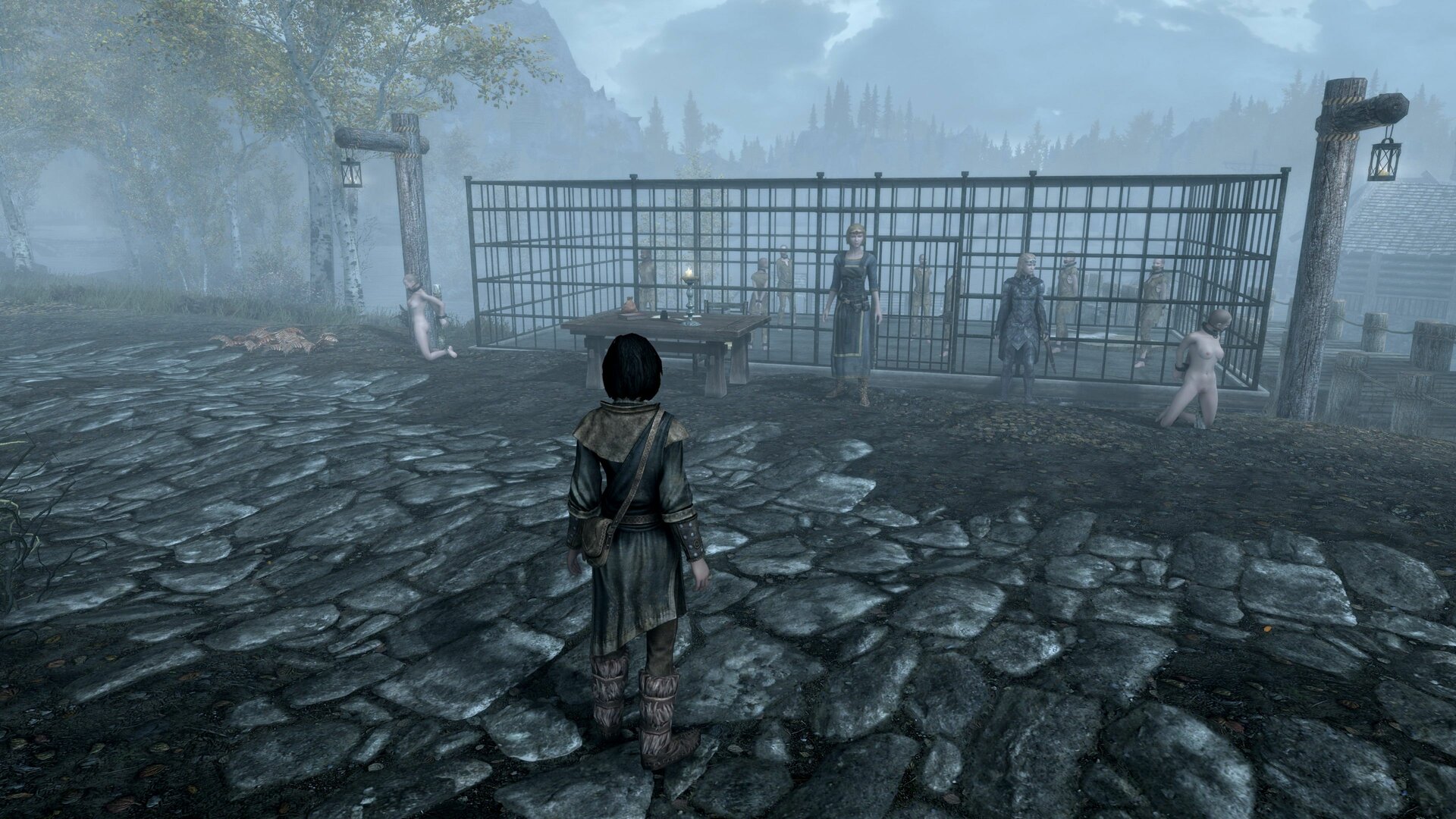 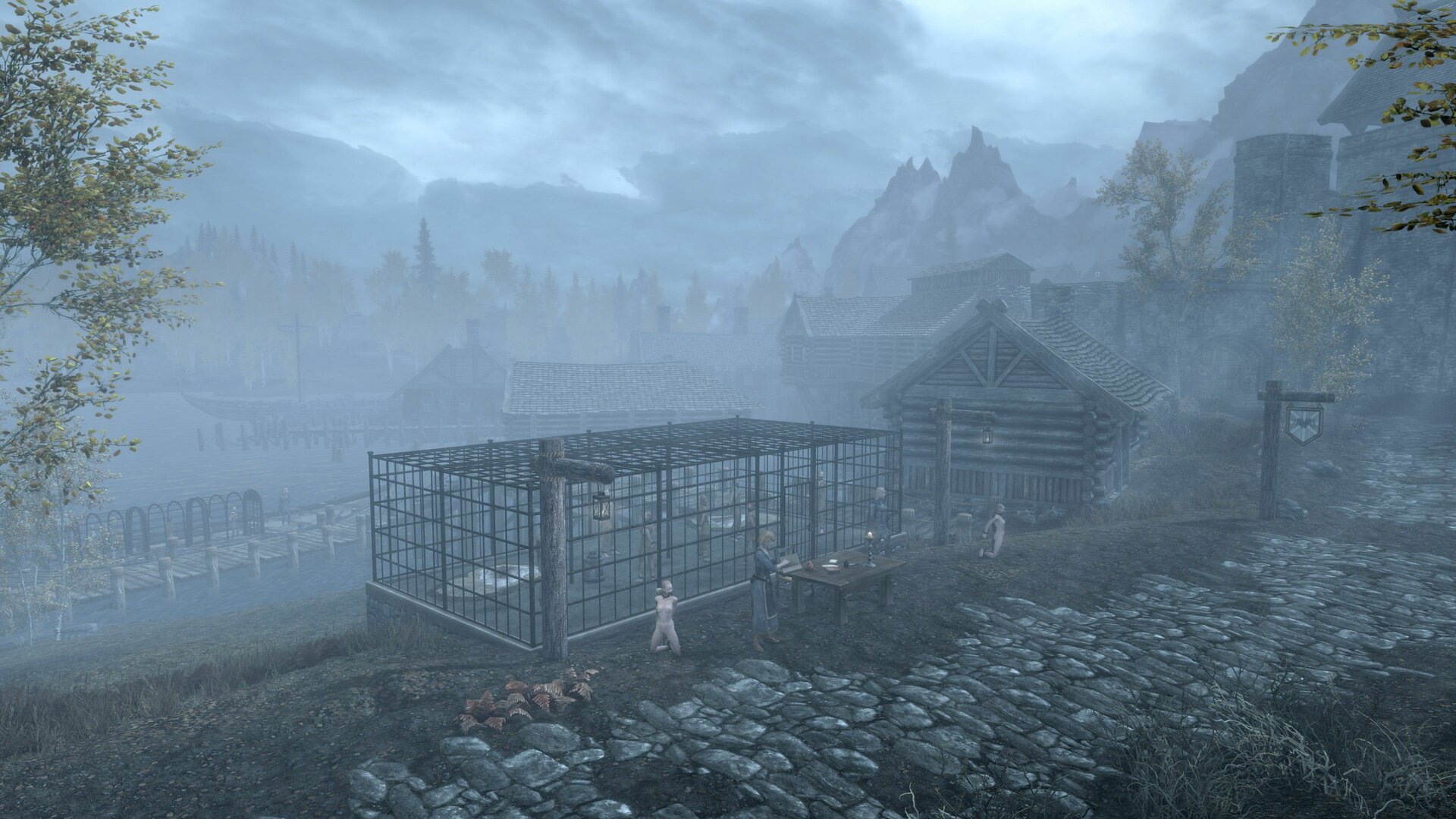