So, according to the original mod  SexLab MatchMaker - Updated 09/17/2014 Rev 7 ,  MatchMaker is intended as a simple proof of concept mod for the SexLab Framework. It will give the player two spells, a target and a self version called "Irresistibly Attractive". When used it will apply a magic effect for up to 3 characters, including the player . Will it be true?

For this variable I have not used CK, Blender, and no changes have been made to scripts .

How I edited Match Maker 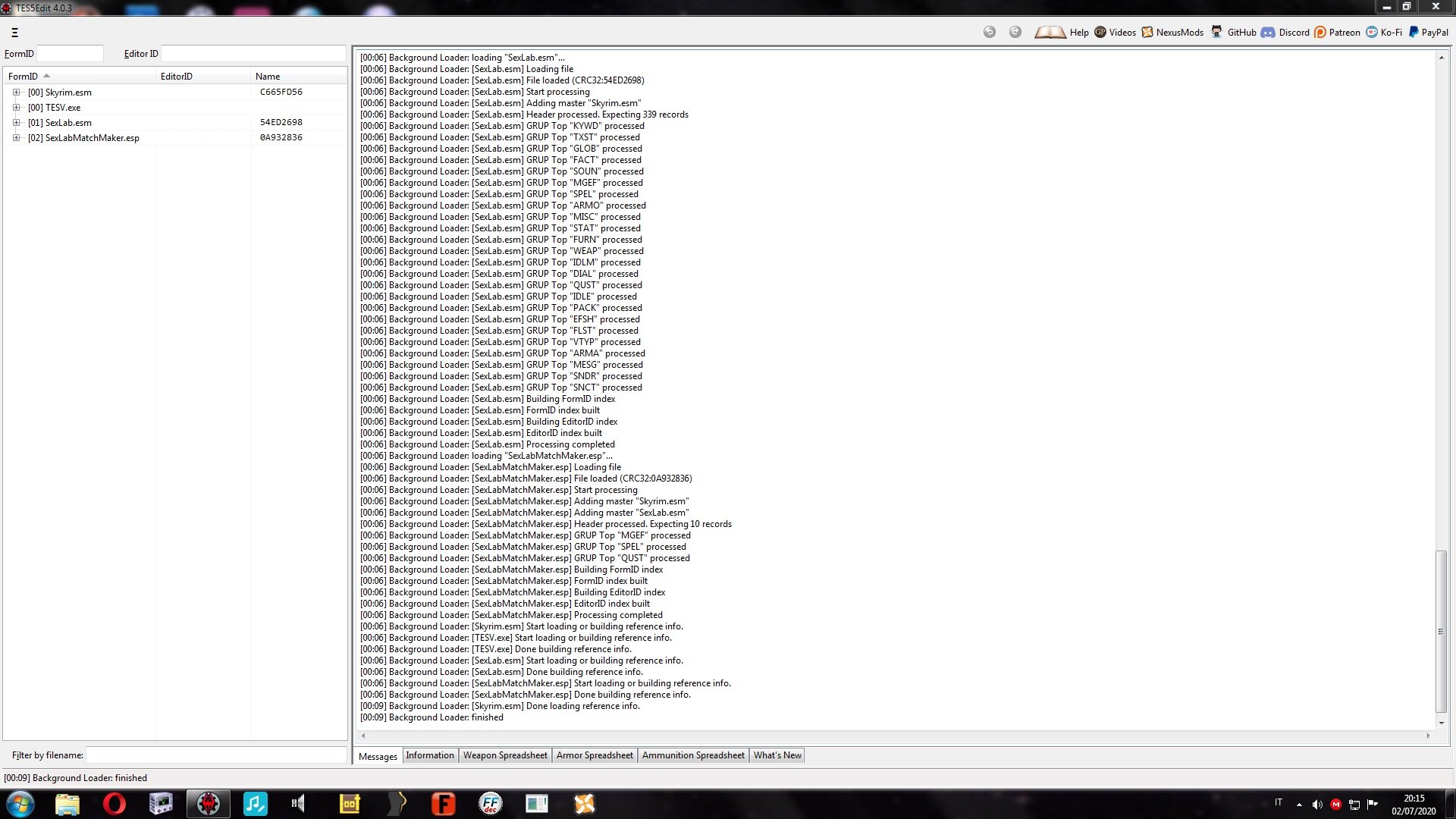 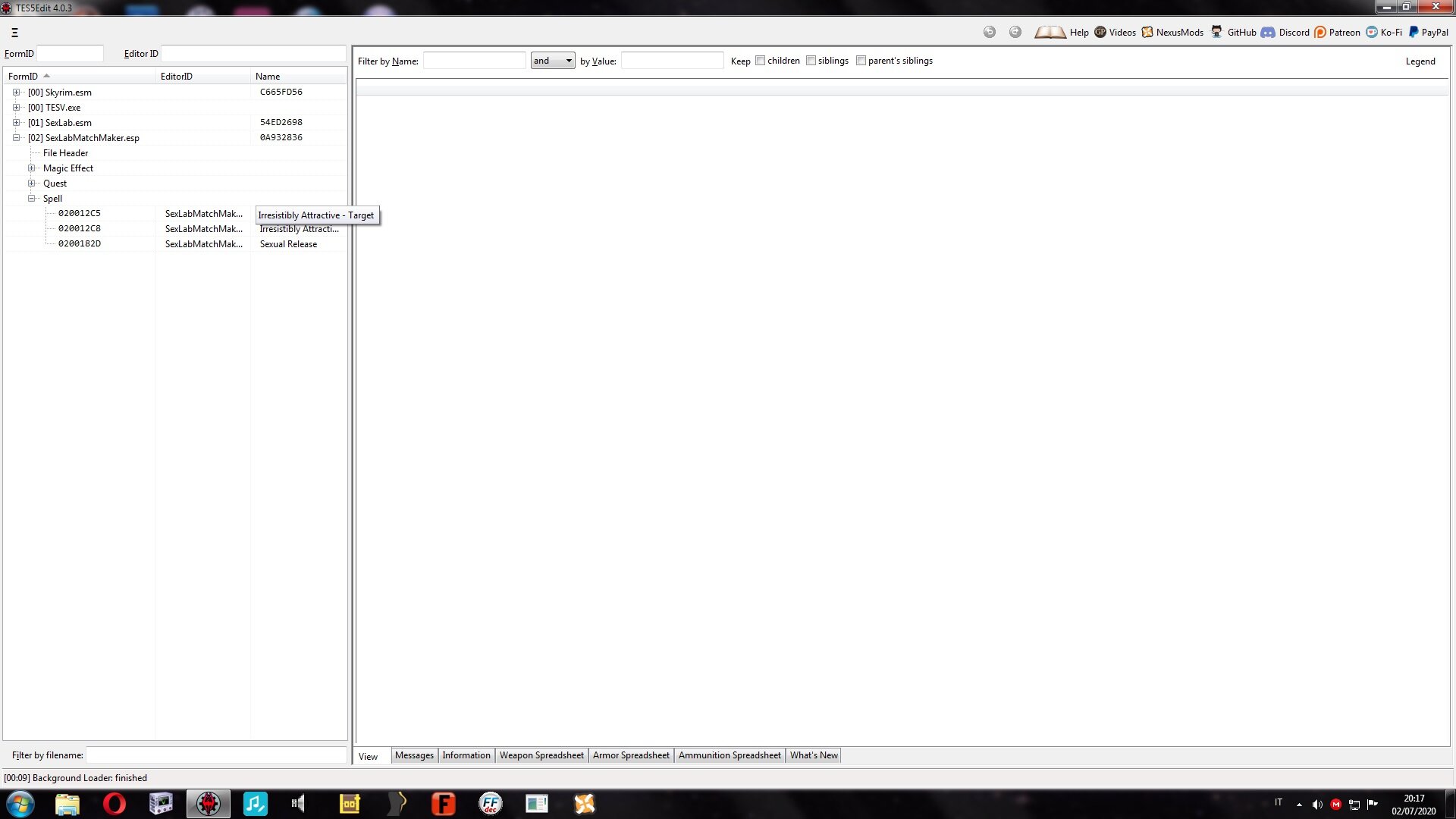 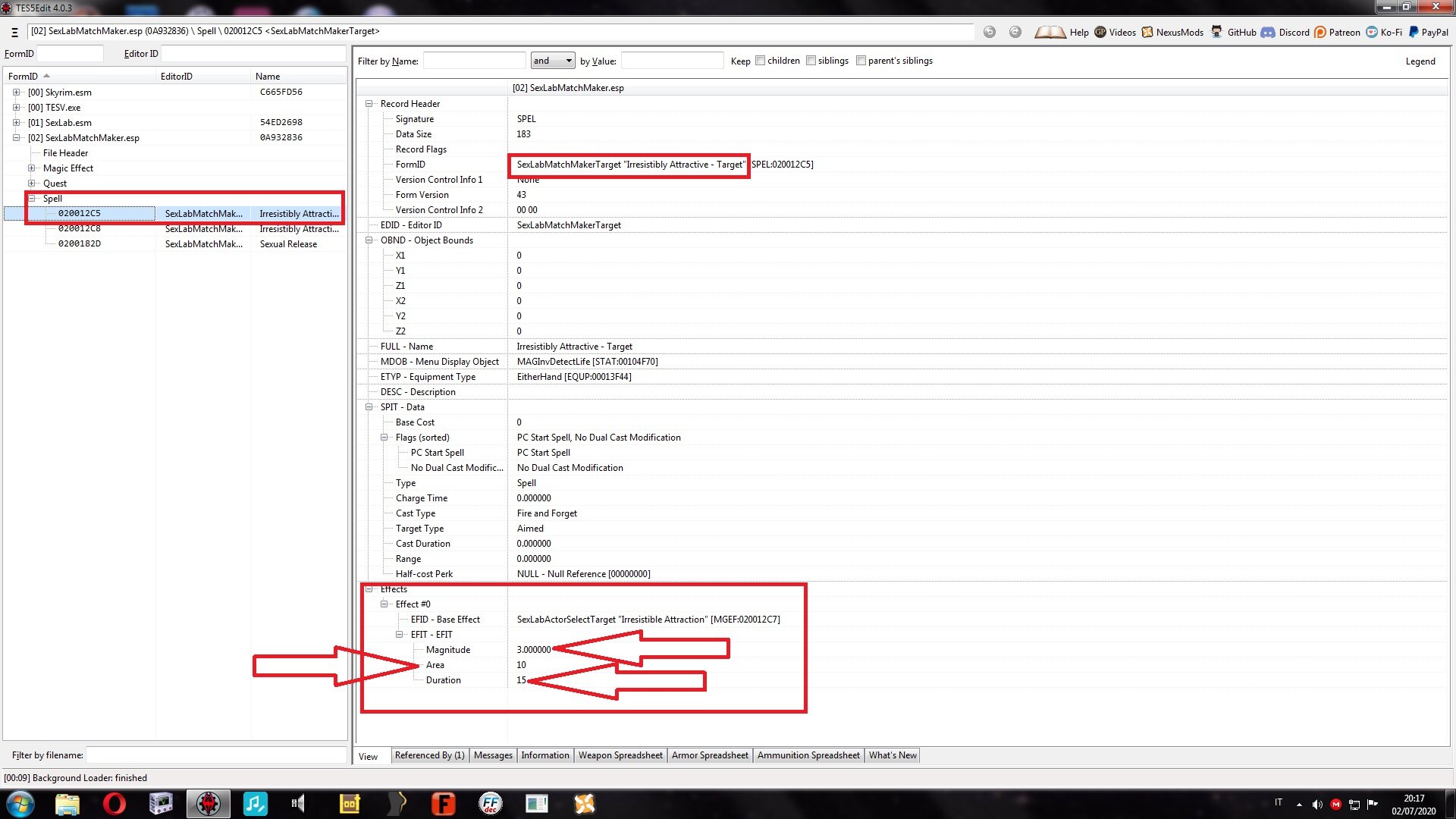 Magnitude = Strength of the spell, the greater the more difficult the failure

Duration = Activation time. By increasing the time, the various actors are allowed to participate in the animation if it exists

Final result = Instead of performing 3 spell casts, having also the obligation to aim the target, with this variable, the casting will be reduced to 2. A Self and a Target, just throw the Target in the area, all those hit, will enter the animation