"Yea.  I've bumped into her and her Mr. Handy on more than one occasion.  Her reputation is as extreme as they say," replied Magnus Odinsohn.

"If you want more than you can count in an your standard bounty acquisition, then she right for you.  She'll have no qualms about cutting through an orphanage the size of Little Lamplight just to get through to one man," replied Nick Valentine.

"Well, if the caps are right," says Mayor McDonough in a matter-of-factually manner, "then she my kind of bounty hunter.  Unethical, effective with weapons, and a shallow sense of morality spiced thinly with a hint of socio-apathy.  When can I contact her?"

"We'll send the word out shortly," says Nick Valentine.  "I can gather the information Magnus will need to contact her.  Give him five days.  He has a working motorcycle, fusion powered."

"Now if you excuse us," replied Magnus.  "We need to get rolling."

Both move leave Mayor McDonough and enter the elevator and allow the elevator doors to close before they speak.

"I don't working for that ghoul-bigot," he says scathingly, "especially his brand of politics."  Magnus shrugs, "I need the cash and and I haven't been to Philadelphia in five years."

"He doesn't know what he's getting into and Pynk is the type of person you do not want to cross," replies Nick Valentine.  "She's from Vault 113."

"Liar's Lair huh?  He's either desperate or stupid or both," replied Magnus Odinsohn.

Stepping off the elevator, he quickly silence themselves at make towards the central exterior plaza outside of Diamond City.   Once clear of the guards, Nick turns to Magnus.  He hired us, well, because we're not human, at least by his standards.  "we'll have no one to turn to if this assignment falls through."  "Look.  Go grab your back and met back at my office.  I'll have the necessary information you need to find her or her partner Mr. Headley.  I'll let you know now, Mr. Headley is a trigger happy Mr. Handy with enough firepower to take on the Brotherhood of Steel and win."

"Specialized armaments  and upgraded A.I., my hazard pay just went up, but it will be worth it when this job explodes and McDonough gets caught in the back-draft.  After living for two hundred or so years, my gut instinct tells me this going down bad."

Nick nods and if he could smile, he would.

"Meet back at my office in two hours.  I'd like to go with you on this case, but I've excepted another job.  I'm off the find a woman named Darla."

"Well, Okay.  Two hours and I'm off find Pynk and her Handy droid.  Ill' take any information you have on her under extreme advisement."

Side Notes: Here’s a character I need to re-create in Fallout 4.  She is a bad-ass and a bounty hunter to boot.  With her modified Mr. Handy/AI modified//Partner/Side-kick/Sex-Bot named Headley, she scours the Eastern Portion of the United States looking for criminal and scum.  He not to particular on her methodology and is quite unethical in the pursuit.  She goes by one name and her name is Pynk.  I'll use the DLC droid factory to flush out some of his armaments and a different color schema. 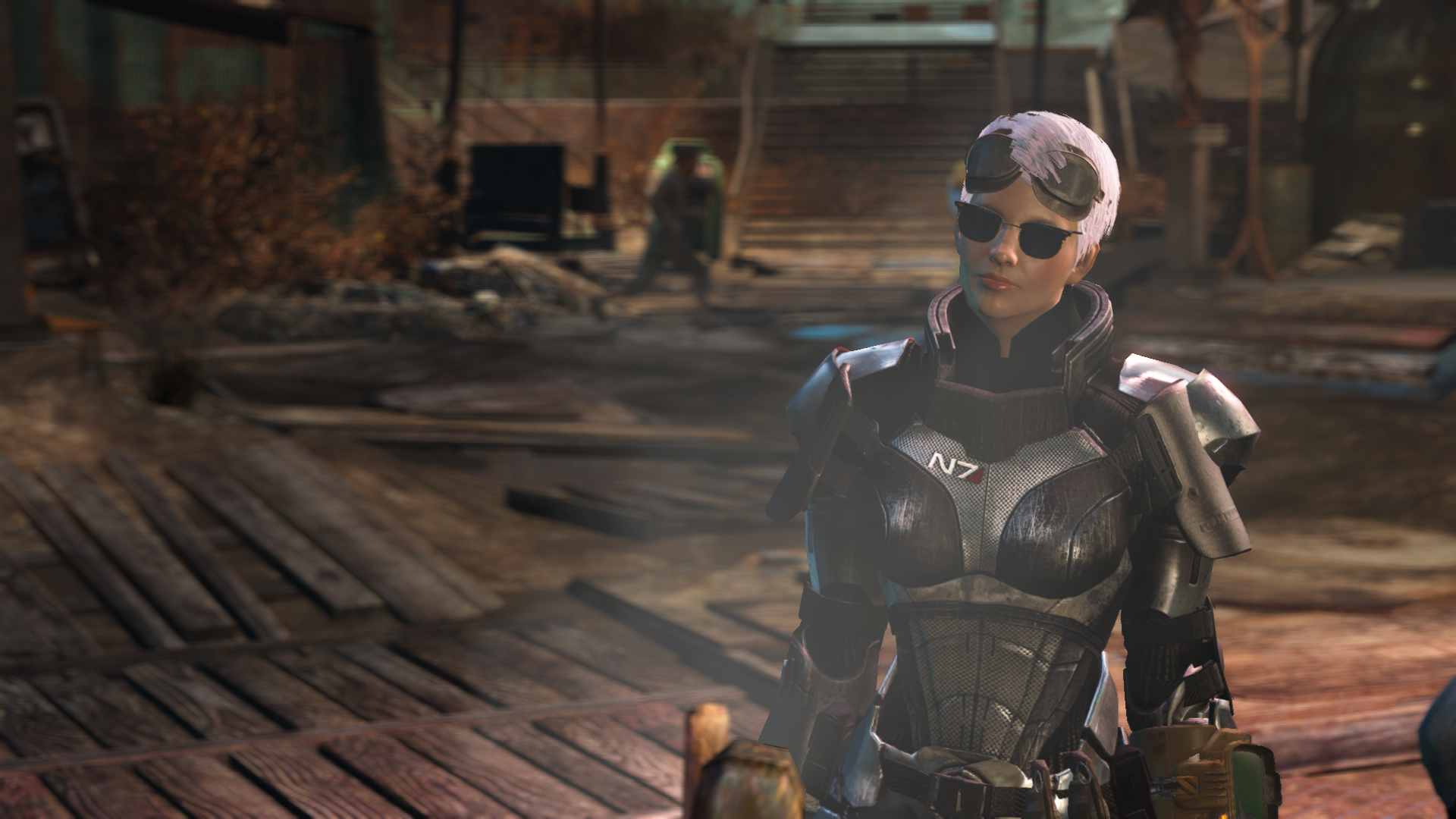 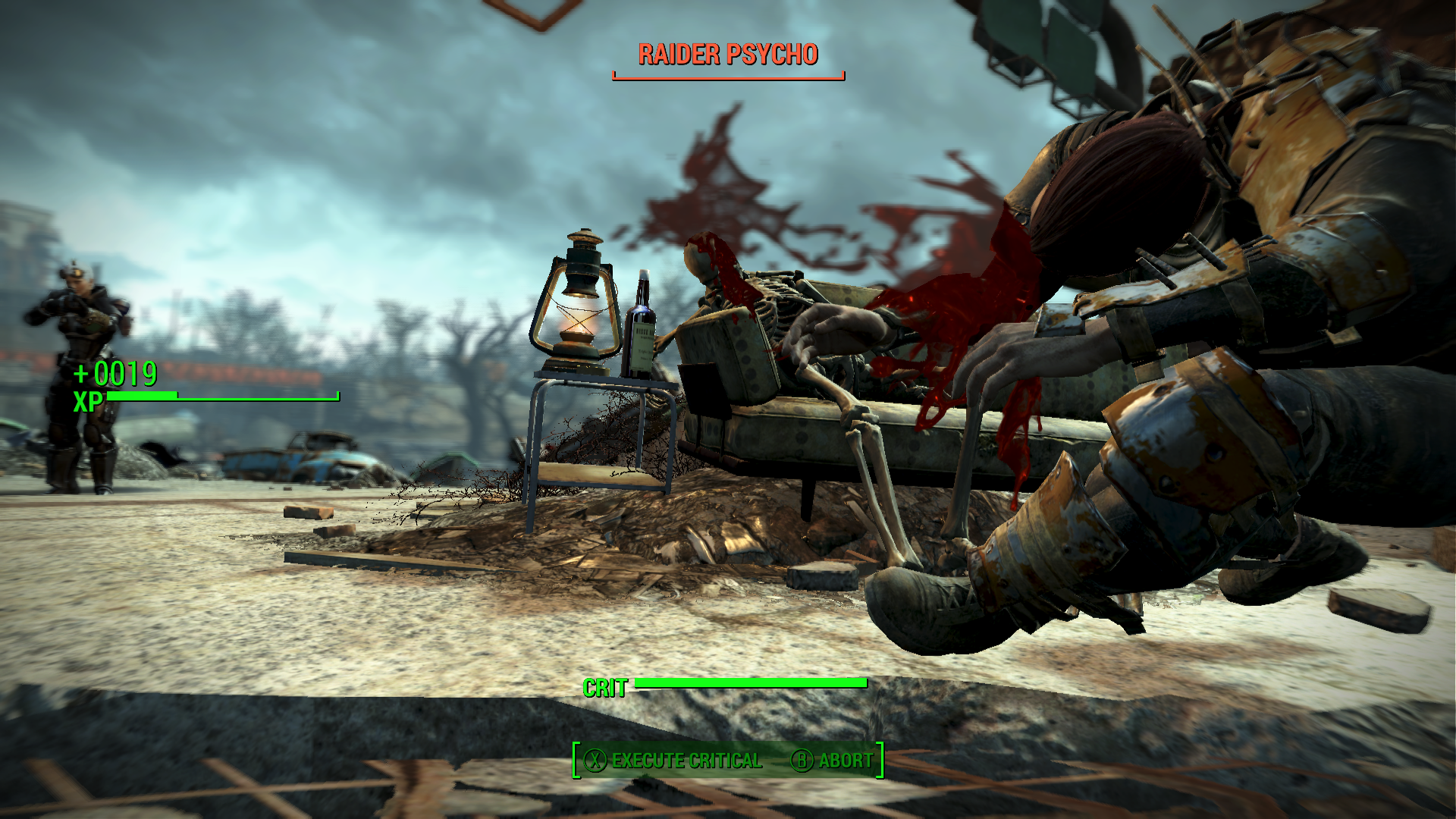 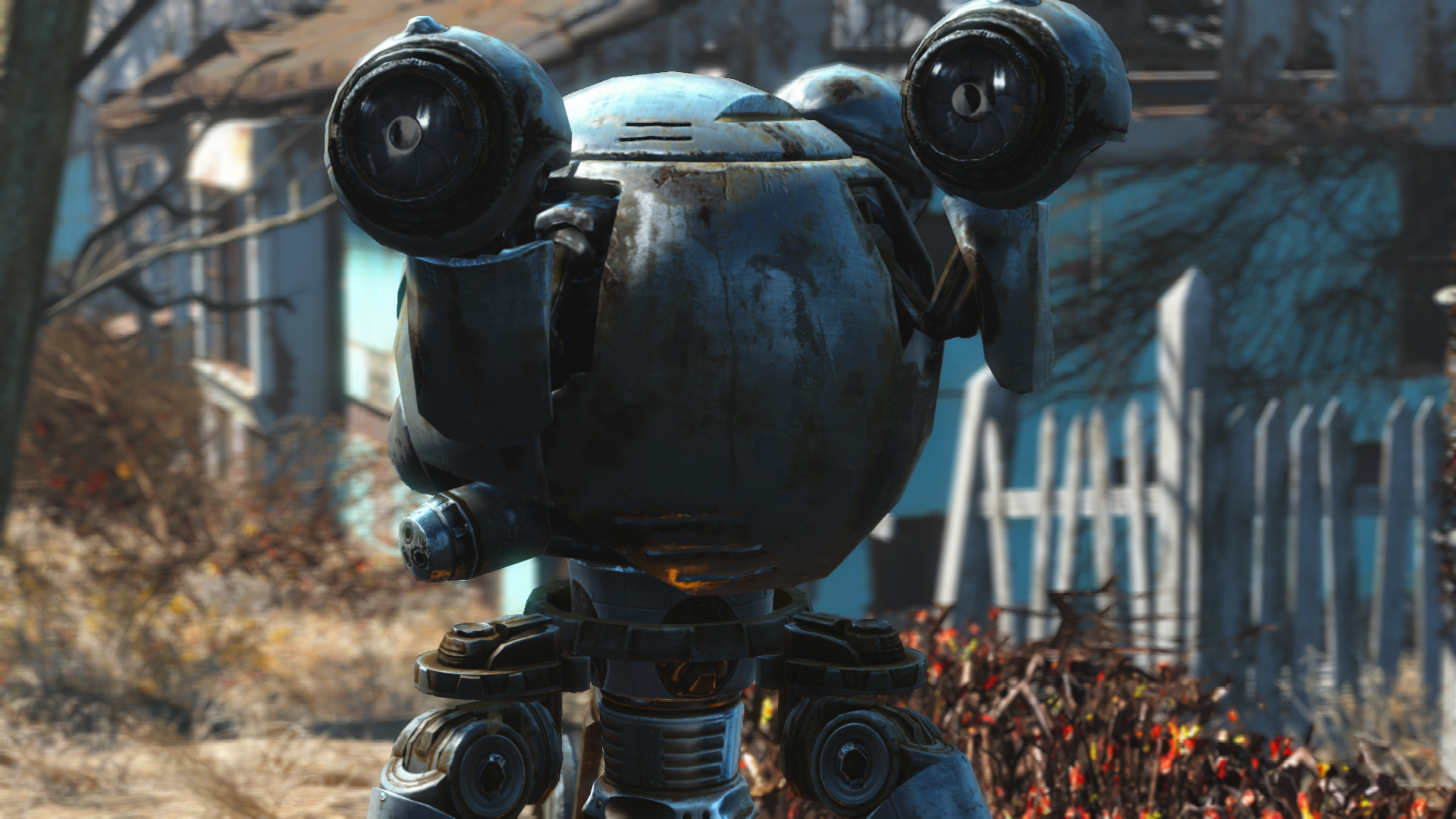